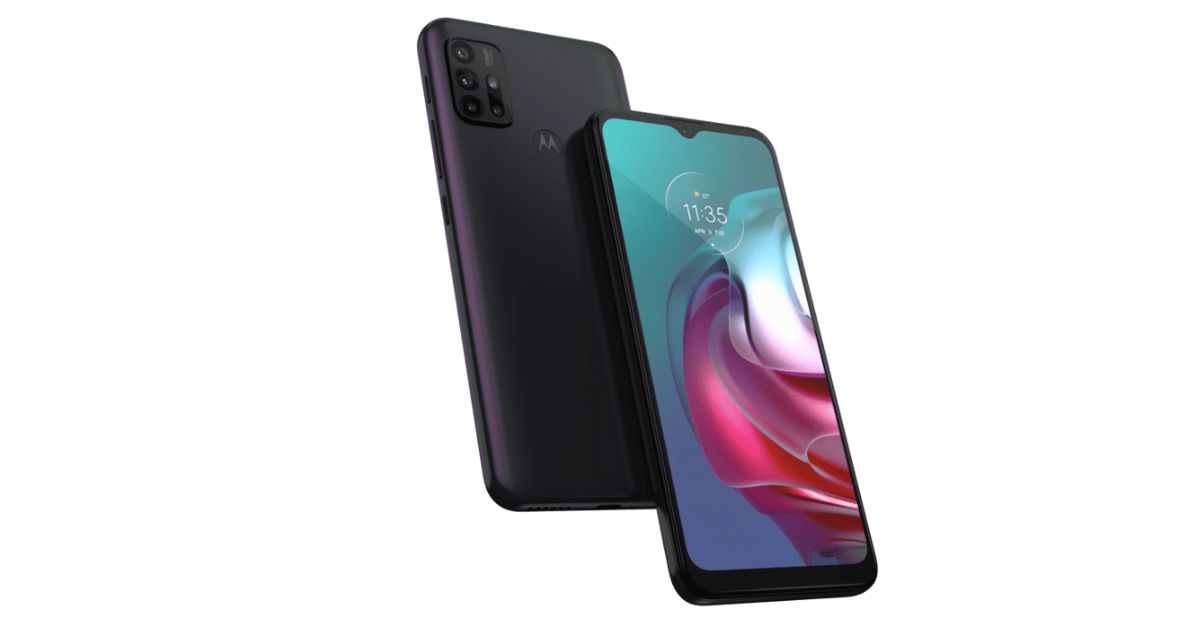 Now that the Moto G10 Power and Moto G30 have been launched in India, it’s time to shift focus on a device that sits between the two. It is called the Moto G20 and we have spotted it on the FCC website. The listing reveals that the Moto G20 will support dual-band Wi-Fi, Bluetooth, and FM Radio. There are two variants of the smartphone with model numbers XT2128-1 and XT2128-2. We have also learned that the Moto G20 will pack a 5,000mAh battery that supports fast charging at 10W. More information about it should emerge in the coming weeks.

MySmartPrice happened to come across the Moto G20 specifications on Geekbench. It appears to be running an octa-core UNISOC chipset. It nets single and multi-core scores of 378 and 1,322, respectively. In all likelihood, it is the entry-level UNISOC SC9863 launched in 2019, which consists of eight Cortex-A55 cores, four of which are clocked at 1.6GHz and the remaining four at 1.2GHz. We tested it against similarly-specced chips from Qualcomm and MediaTek, such as the Helio P22, Helio A22, Snapdragon 439, and Snapdragon 450, and found it to perform more or less on par with the entry-level offerings. 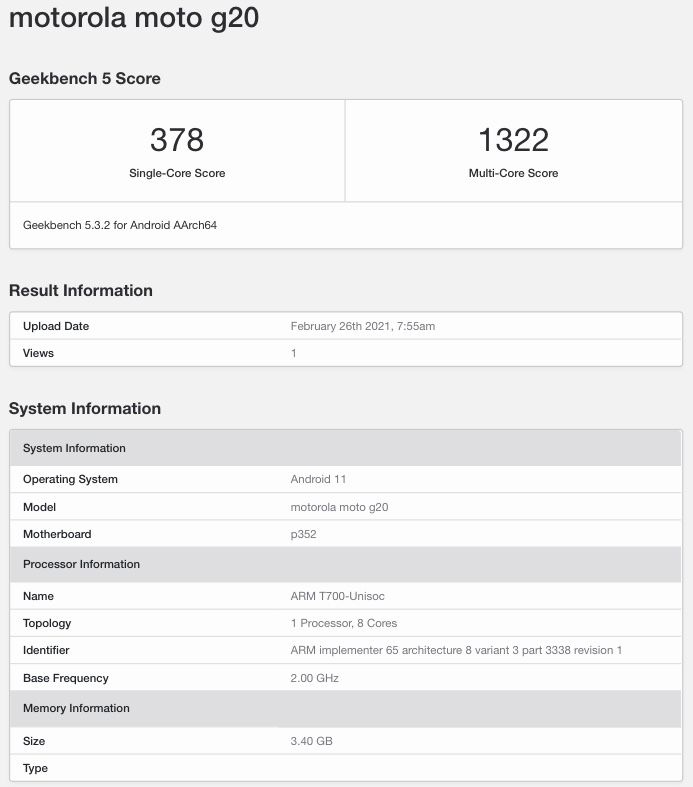 The Moto G20 Geekbench listing also tells us that this particular variant has 4GB of RAM. While its Android version seems to have been cropped out, we can reasonably assume that it will run Android 11 out of the box. The Moto G20 appears to be closer to the Moto G10 Power than the Moto G30 in terms of specs. Therefore, we can expect it to reuse the former’s camera setup, among other things.