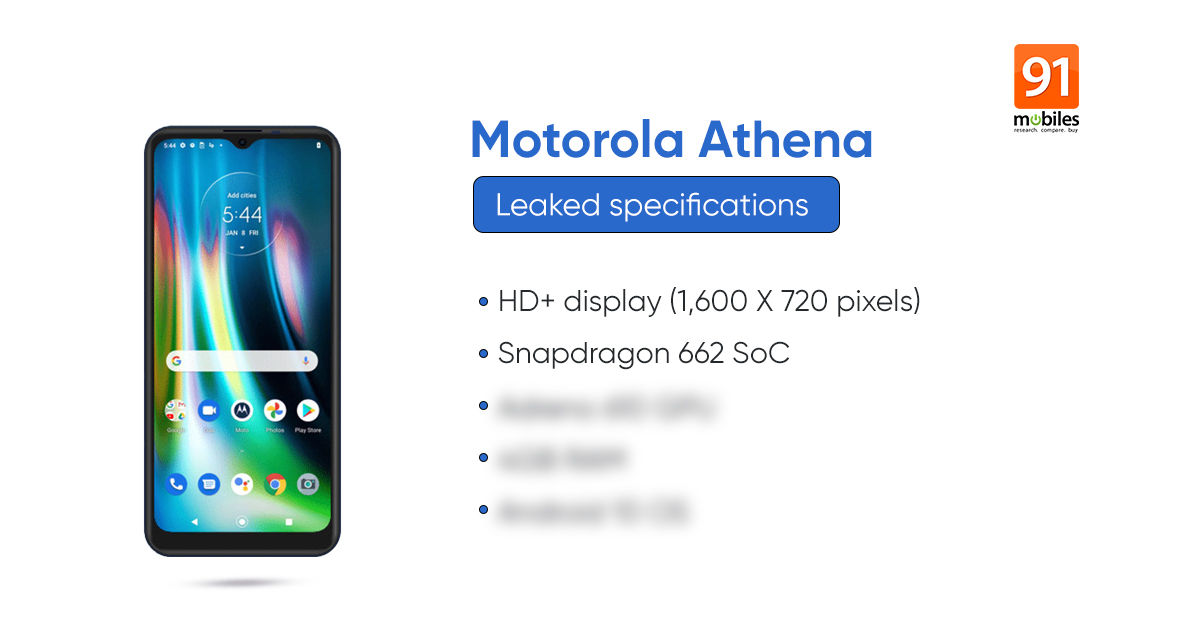 According to the Google Play Console listing, the Motorola Athena specs will include an HD+ display and 1,600 X 720 pixels resolution. The phone is expected to be powered by the Qualcomm Snapdragon 662 SoC paired with Adreno 610 GPU and 4GB RAM. 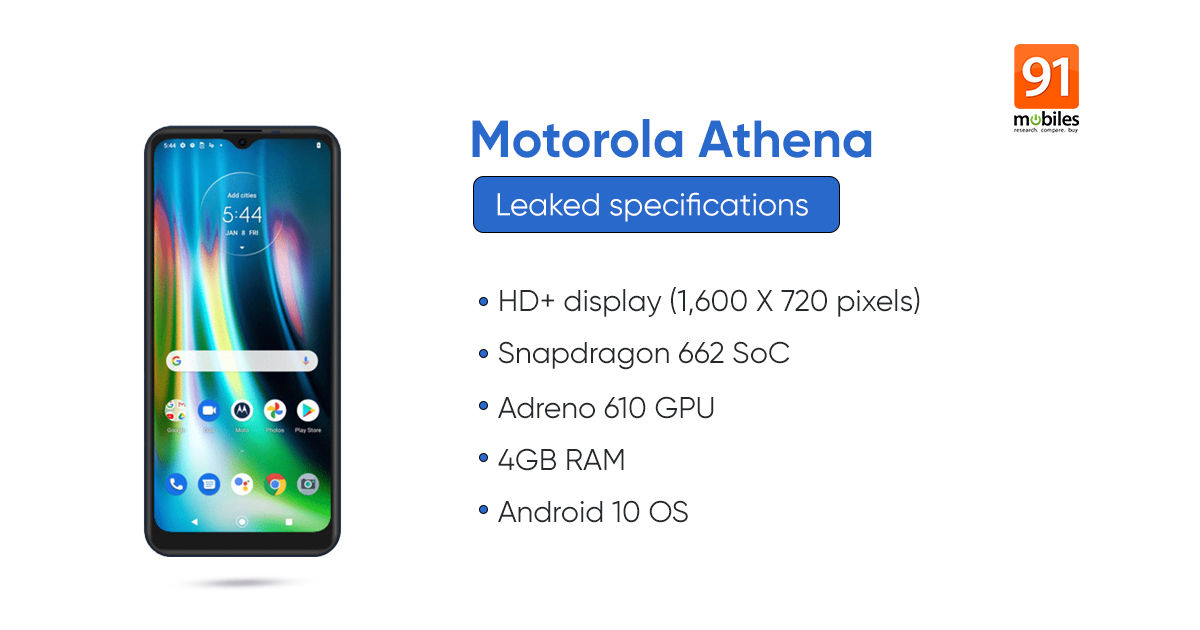 The handset is likely to run on Android 10 OS, probably with close to stock UI on top. It is likely to have the codename Bathena. The handset is also listed as Geekbench V4.3.2 with the codename ‘Motorola Defy’. The listing re-confirms the specifications. It has managed to score 1523 points in the single-core round and 5727 points in the multi-core test. However, the Geekbench V5 scores should be lightly lower.

The Google Play Support listing suggests the Motorola Defy and Bathena indeed belong to Athena. It’s possible Motorola Athena could be the actual marketing name of the phone and the other two (Defy and Bathena) are codenames. That’s pretty much everything we could gather about the upcoming Motorola phone but since it started appearing on the web, we hope to learn more details soon.