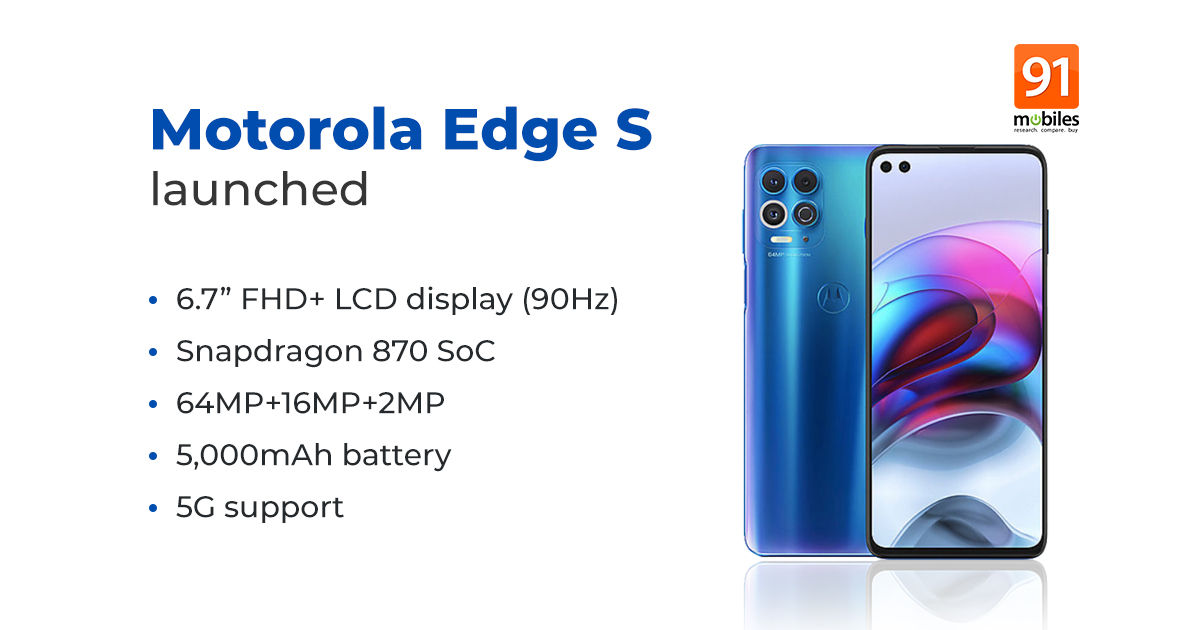 Motorola Edge S price and specifications have finally been revealed as the smartphone goes official in China. The device touts a curved rear panel and an edge-to-edge display with two hole-punch cutouts. Notably, this is the first smartphone to be powered by the all-new Qualcomm Snapdragon 870 5G flagship chipset that succeeds the Snapdragon 865 SoC. Motorola Edge S specs also include 64MP triple rear cameras, a 5,000mAh battery, and a 90Hz display, among other things. Motorola Edge S price falls approximately under Rs 25,000 but there is no word yet on its launch in India. 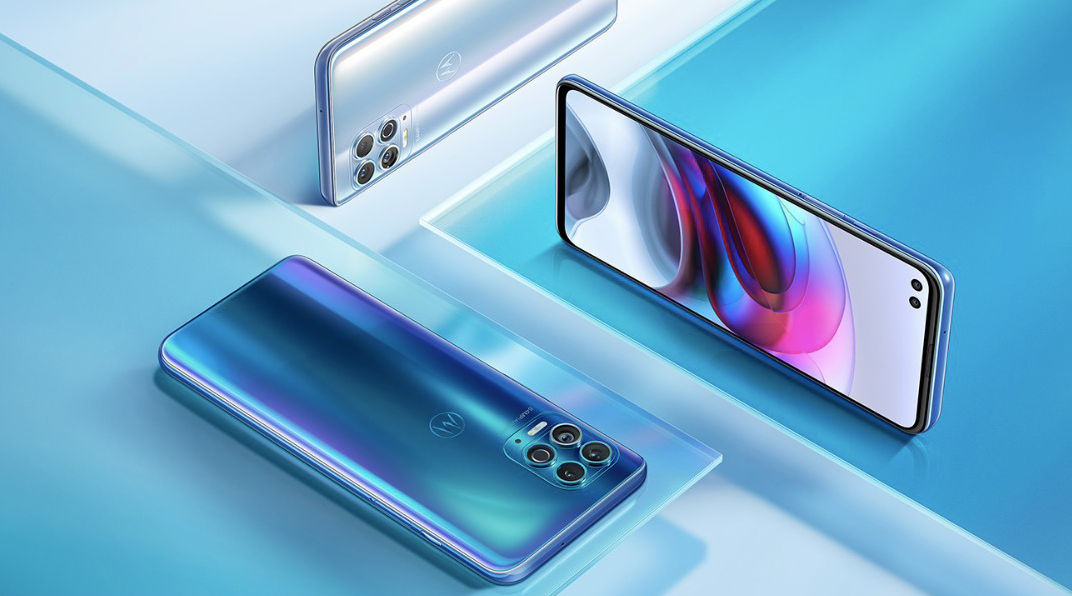 Motorola Edge S sports a 6.7-inch FHD+ (2520×1800) LCD display with a 90Hz refresh rate, HDR10 support, and 21:9 aspect ratio. The smartphone is powered by the flagship Qualcomm Snapdragon 870 SoC paired with up to 8GB RAM and 256GB internal storage. The chipset is based on a 7nm process, comes with 5G support, and offers a clock speed of up to 3.2GHz.

The Motorola smartphone is equipped with four sensors on the back that includes three cameras and a TOF sensor. There is a 64MP primary sensor, a 16MP wide-angle lens, and a 2MP depth sensor. The phone also gets a 16MP primary and 8MP wide-angle front-facing cameras for selfies. Motorola Edge S houses a 5,000mAh battery and supports 20W fast charging. The device comes with IP52 splash resistance and a headphone jack, among other things.