Home News Motorola One Fusion+ specifications revealed, will launch in India and the...
Highlights 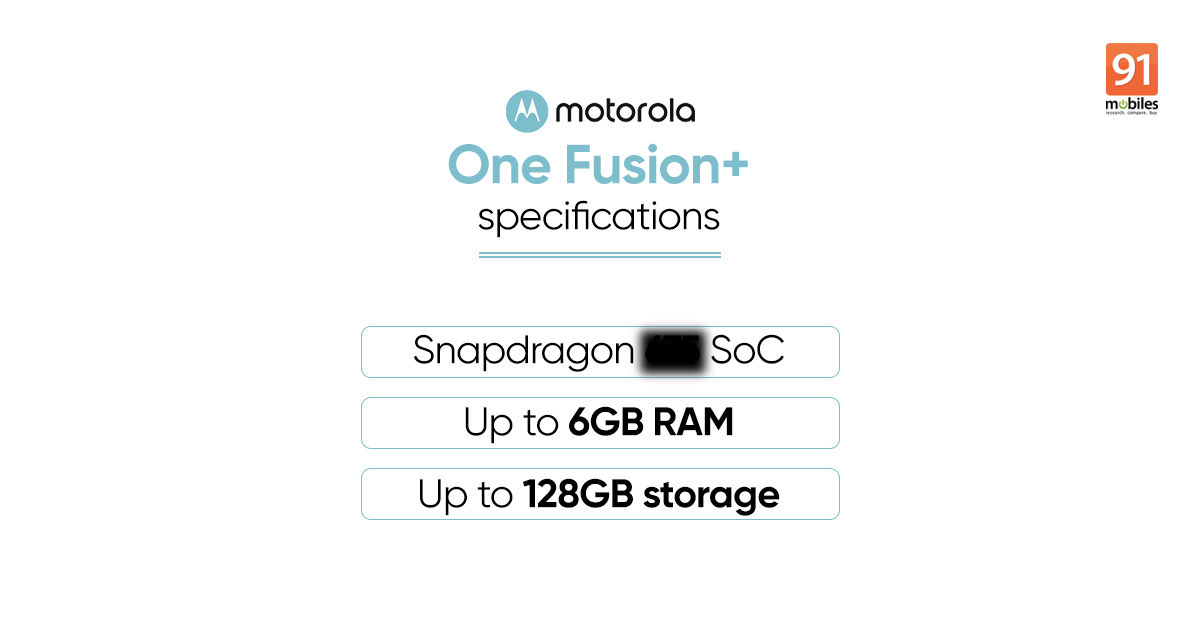 Earlier today, prolific tipster Evan Blass tweeted about the existence of two upcoming Motorola smartphones, named One Fusion and One Fusion+. According to the tweet, the former is codenamed Titan and the latter is Liberty, with both tipped to launch by the end of Q2 2020. Now, 91mobiles has learnt some of the key specifications of the upcoming Motorola One Fusion+, which point to yet another affordable smartphone in development. We can also confirm that the Motorola One Fusion+ will be releasing in the Indian and the US markets at least.

According to a trusted source, the key Motorola One Fusion+ specifications include Snapdragon 675 SoC and a 12MP primary camera. The smartphone will come in 4GB RAM and 6GB RAM options, while storage options will be 64GB and 128GB. It will be available in Light Blue and Light Brown colour options and support dual SIM connectivity. Motorola One Fusion+ won’t support NFC for connectivity though. The other features and hardware are not known at the moment.

There is no word on the features and specifications of the Motorola One Fusion (Titan) at present, though we should learn more in the coming weeks. Both the Fusion and Fusion+ smartphones should run Android 10 out of the box but get the Android 11 update soon enough. With the launch tipped for the end of Q2 2020, there are still a couple of months to go before the two models go official.

Before that though, Motorola will launch a flagship-grade smartphone on April 22nd in an online-only event. In fact, two models are expected in the flagship series, called Edge and Edge+. Key specifications and features are said to include a 90Hz display, punch-hole screen, 108MP camera, up to 12GB RAM, and 5,000mAh battery.