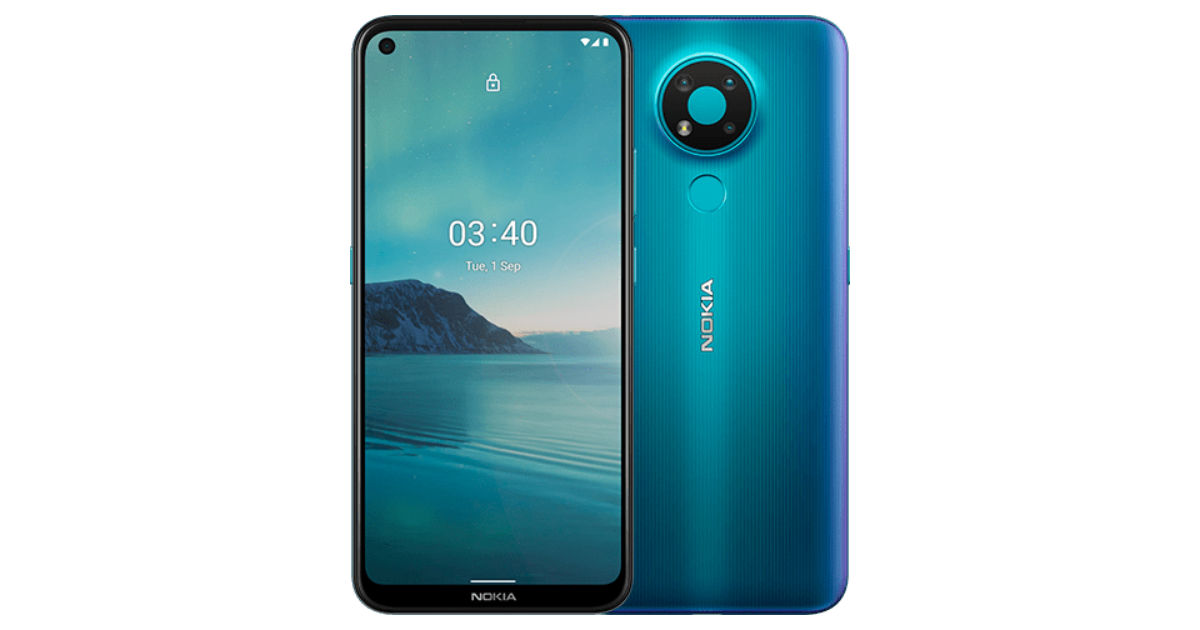 Nokia 5.4 with model number TA-1340 has been spotted on the FCC certification website, giving us a few details about the device, including its design. The listing reveals the Nokia 5.4 will come with a design similar to the Nokia 3.4 i.e. with a punch-hole display and a circular rear camera module. The camera system will seemingly house four camera sensors and there is a fingerprint sensor just below. The handset will also come with a USB Type-C port, Google Assistant button, and more. Since the Nokia 5.4 has appeared on FCC, the phone’s launch could be around the corner.

The Nokia TA-1333 variant also appeared on the FCC certification site and it could be a variant of the Nokia 5.4. it reveals that the phone supports up to 2.4GHz Wi-Fi only, which suggests we’re looking at a budget smartphone, or else we would have expected 5GHz support. In the battery section, we learn that the Nokia TA-1333 and TA-1340 models pack a 4,000mAh or 4,080mAh battery, which is the same as a lot of other affordable Nokia smartphones we have seen in recent times.

A sketch on the FCC website reveals that the Nokia TA-1333 will also come with a circular rear camera module, much like the Nokia 3.4, Nokia 5.4, and a few more Nokia devices to have launched in 2020. Unfortunately, the sketch shows a very basic outline of the phone and doesn’t reveal the number of cameras on the device.