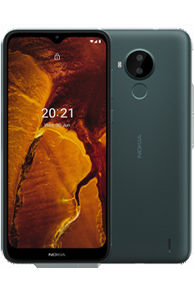 Nokia’s C series operates in the entry-level and budget space of the Indian smartphone market. The company’s latest endeavour comes in the form of the Nokia C30 which is priced at Rs 10,999 for the 3G RAM and 32GB storage version. There is an exclusive Jio offer also running on the device which can cut down the price further by Rs 1,000, but it is for existing Jio customers only. The budget segment in India has been rather competitive these last few years and it will take a monumental effort by Nokia to displace its rivals from the top of the pedestal. Has the Nokia C30 succeeded in doing that? Let’s find out in this review. 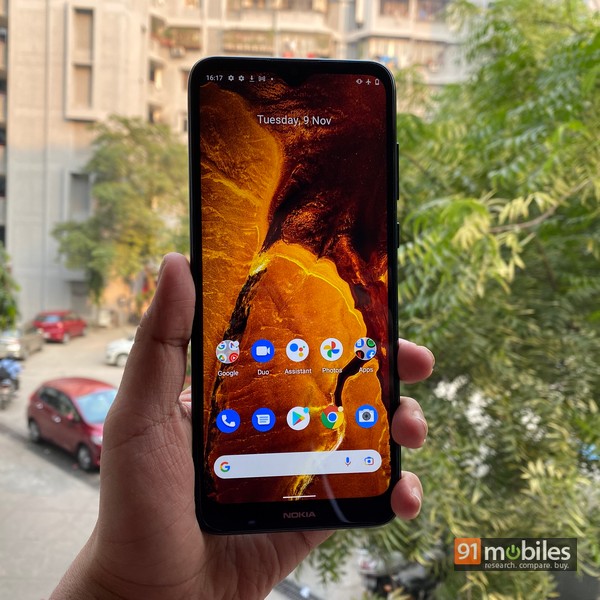 The Nokia C30 is a device that under delivers in many important aspects that could be of significance to a budget smartphone user. While it scores in aspects like clean software and long battery life, its image-taking capabilities aren’t too impressive, the performance leaves one wanting more, and the design is a bit clunky. In sum, there are definitely more worthwhile options in the segment. 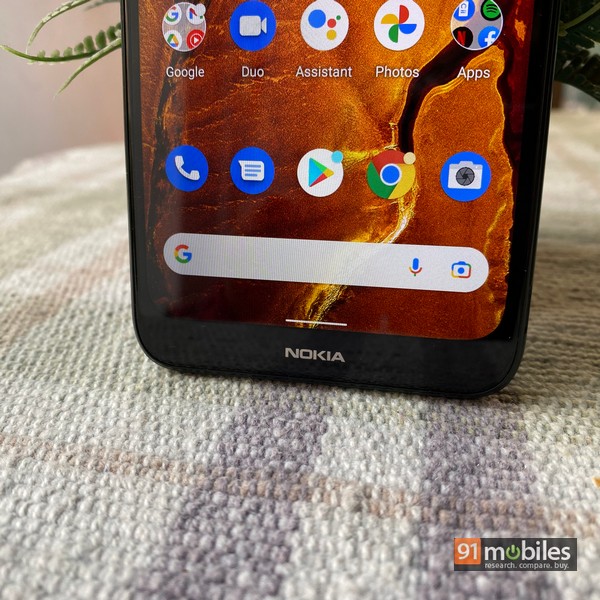 The Nokia C30 is a rather large device personifying the phablet category more prominently than any other smartphone in its price range. Its large size comes in part from the massive 6.8-inch display at the front and also from the sizeable bezels surrounding it. In fact, the chin is big enough to house the entirety of Nokia’s branding prominently, which is a common theme prevalent on the company’s smartphones. Construction-wise the device uses a unibody polycarbonate build which is standard for this price point but is still quite bland. The Nokia C30 is heavy to hold and the high button placement certainly makes it unusable with just one hand. Nokia’s unrelenting use of the micro-USB port at the bottom leaves a sour taste as does the positioning of the headphone jack on the top. The big phablet-sized screen is good for media consumption but the resolution is capped at HD+ and the lack of WideVine L1 certification will leave you with only SD content on OTT platforms. The brightness levels are acceptable although the LCD panel’s viewing angles and colour saturation levels could use some improvements. 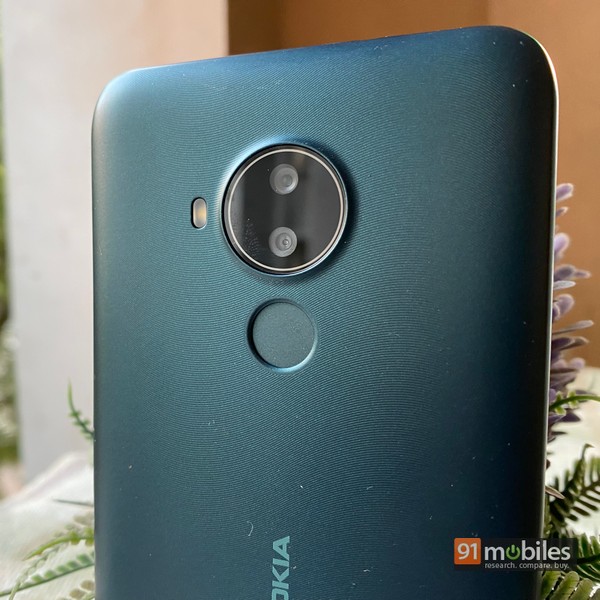 On the back, the smartphone features a dual-camera setup, with the primary shooter being a 13MP sensor working in conjunction with a 2MP secondary shooter. The dynamic range and exposure handling of the camera is below average at best even for a budget smartphone. The focusing speeds do turn out fast but the post-processing time for the image cancels that out. The colours appear washed out on most occasions and detailing can be soft unless one specifically taps to focus on the subject. The night photography is poor and the absence of a dedicated low-light mode compounds the problems. The 5MP selfie camera works reasonably fine in good lighting conditions but oversharpens a lot of facial details. The performance on the Nokia C30 is handled by an octa-core Unisoc SC9863A SoC which is paired with up to 4GB of RAM and 64GB of internal storage. Opening multiple apps and browsing the web via Chrome works well, but anything significantly heavy like GPU-intensive gaming isn’t recommended. Applications can run in the background for a while but I’ve seen a lot of apps crashing until the RAM is cleared. In a nutshell, there are phones that can do a better job at processing tasks in the same price range. 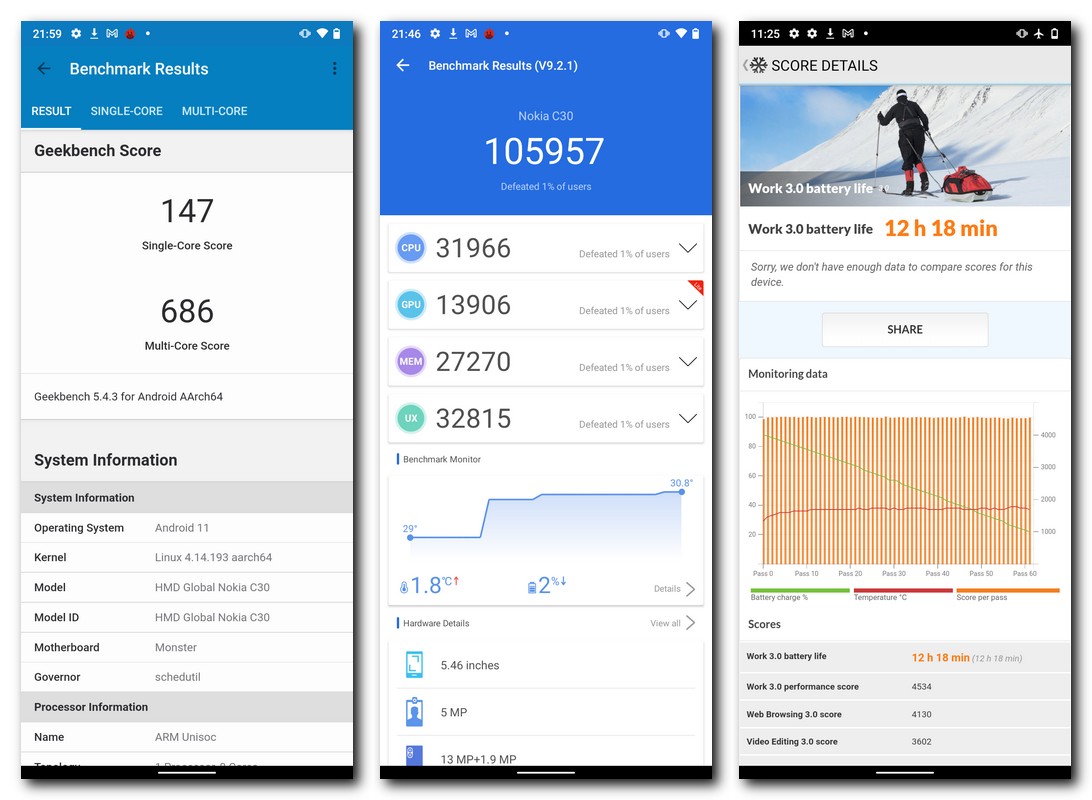 That being said, Nokia’s reliance on stock Android 11 Go has its benefits, namely a clean software experience unencumbered by bloatware or over-the-top design elements. The device harbours a 6,000mAh battery inside that promises to keep the phone running for up to 3 days. For some reason, PCMark’s Battery 3.0 test returned a low score of 12hours and 18 minutes but in real-world usage, I was left with more than half the battery after a day’s use. The 10W charger provided inside the box juices up the device fully in about 3 hours. 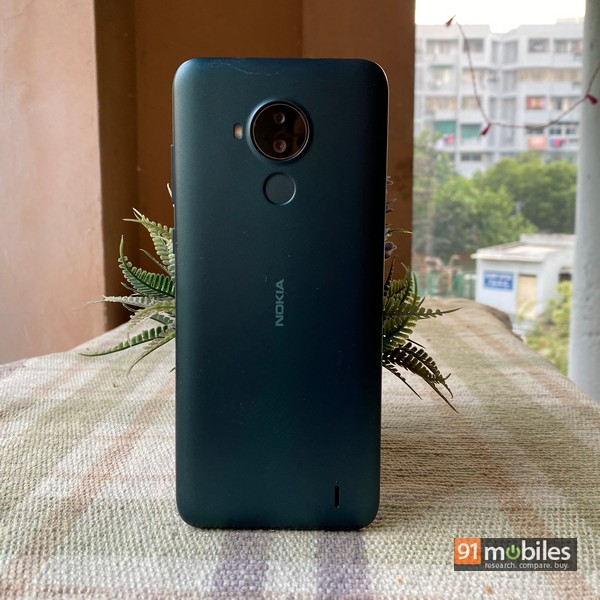 The Nokia C30 does not impart a great impression for a budget smartphone, courtesy its poor camera implementation, boring design, and sub-par processing capabilities. That said, the phone does offer reasonably good battery life, clean software, and a rather huge display. If those are aspects that appeal to you, the C30 can be worth consideration.