“Our take on Nokia’s latest affordable offering – the Nokia 7.2”

As a brand, HMD-owned Nokia carved a niche for itself in the affordable segment by offering buyers a ‘no muss, no fuss’ Android interface bundled in smartphones with classy designs. Despite that, the company’s offerings usually land buttered side down when pit against the Chinese conglomerate. Case in point, the Nokia 7.2, which is a cut above the competition in terms of design, however, fails to impress in other avenues. Read on to know where the phone hits, and where it misses.

Let me level with you here – I’ve been trying to come up with a way to best describe the Nokia 7.2’s gorgeous aesthetics but words really don’t do justice to the phone. The device has been crafted using a single slab of metal and it feels solid and robust in the hand. At the same time, the smartphone’s flat, frosted matte back exudes elegance and suffice it to say, the Nokia 7.2 is among the handful of devices which don’t need a shiny, dazzling back to capture one’s attention. 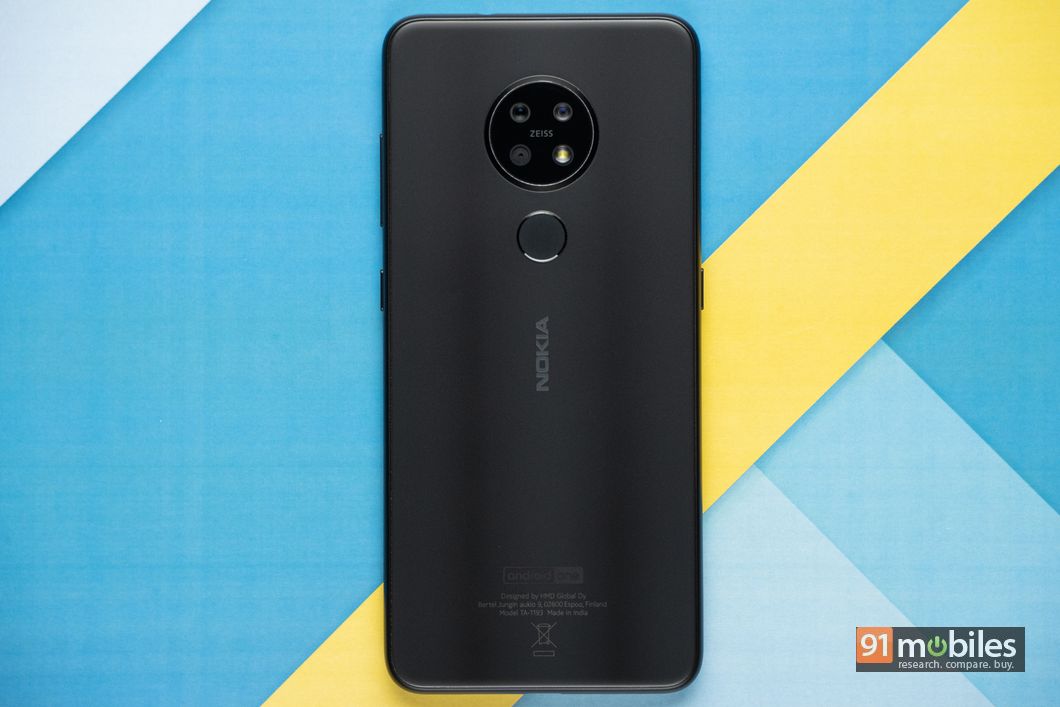 Now, the frosted back is a double-edged sword as it makes the phone quite slippery in the hand. Adding fuel to the fire is the fact that the smartphone is noticeably top-heavy and therefore, tends to topple when clasped from the edges at the bottom. Therefore, I’d reckon you slap a case on the phone as soon as you unbox it to avoid trips to the service centre. 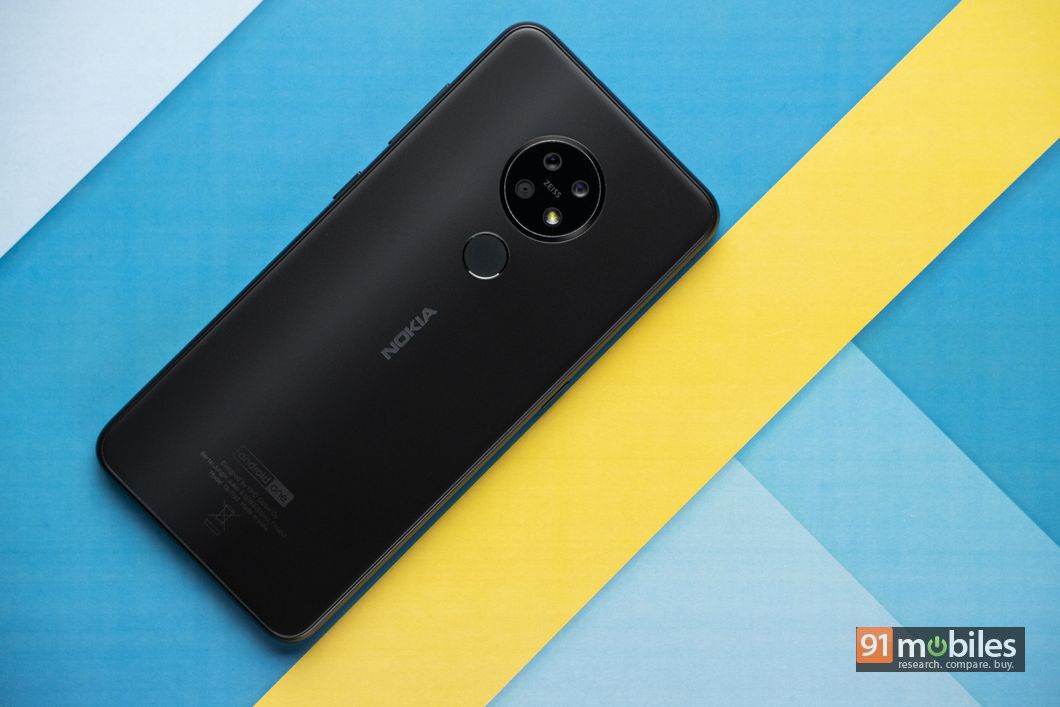 Unfortunately, as good as the design of the phone is, the Nokia 7.2’s hardware leaves a lot to be desired. For one, the USB Type-C port at the bottom of the phone doesn’t come with support for fast wired charging and instead, is compliant with 10W charging only. Secondly, the smartphone ships with an awfully slow capacitive fingerprint sensor at the back which takes its own sweet time to unlock the device. And, you can all but forget about using facial recognition on the phone too, which isn’t just slow, but unreliable as well. 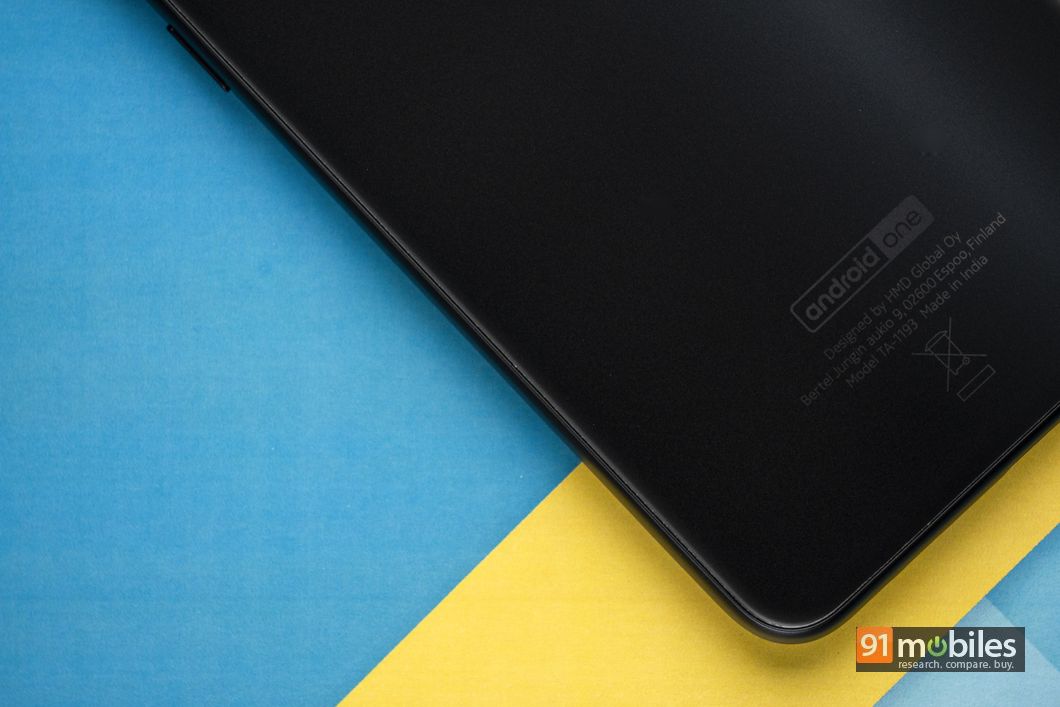 Thankfully, there is some light at the end of the tunnel for the Nokia 7.2 (no pun intended) as the device features an LED indicator built into the power button. I quite like this approach as it feels tidier as compared to sticking an LED light next to the selfie-camera. Moreover, the LED indicator pulses gently to alert you of incoming notifications too, which by the way, feels oddly reminiscent of the breathing LED light on Nokia’s E71 smartphone. I’d also like to point out that the device features a headphone jack towards the top, which is a welcome addition to any phone. Lastly, you’ll also get a dedicated Google Assistant key on the phone’s left fascia, which makes winning arguments much easier. 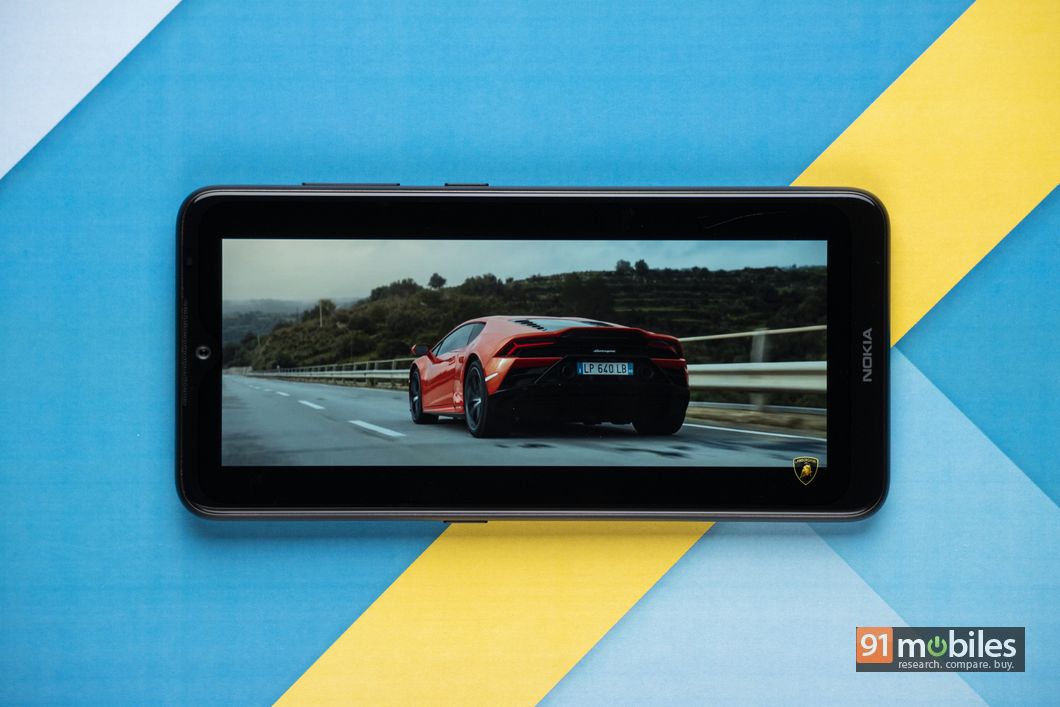 As for the display, the Nokia 7.2 is backed by 6.3-inch, FHD+, LCD display. The panel features a waterdrop notch at the centre and is bordered by rather chunky bezels on the sides and the bottom. To make up for the lack of a full-screen display, the Nokia 7.2 features a Pixelworks processor which automatically upscales all the content on the phone to HDR quality. Despite that, the display on the phone can’t hold a candle to AMOLED panels on devices like the OPPO K3, which offer deeper, darker blacks and significantly better contrast. Don’t get me wrong, the display on the Nokia 7.2 isn’t half bad – it’s just not the best.

The Nokia 7.2 features the now in-vogue triple camera setup at the back, comprising a 48MP main sensor (Samsung, not Sony), an 8MP ultra-wide shooter and a 5MP depth sensor. For selfies, the smartphone features a 20MP front camera with f/2.0 aperture. 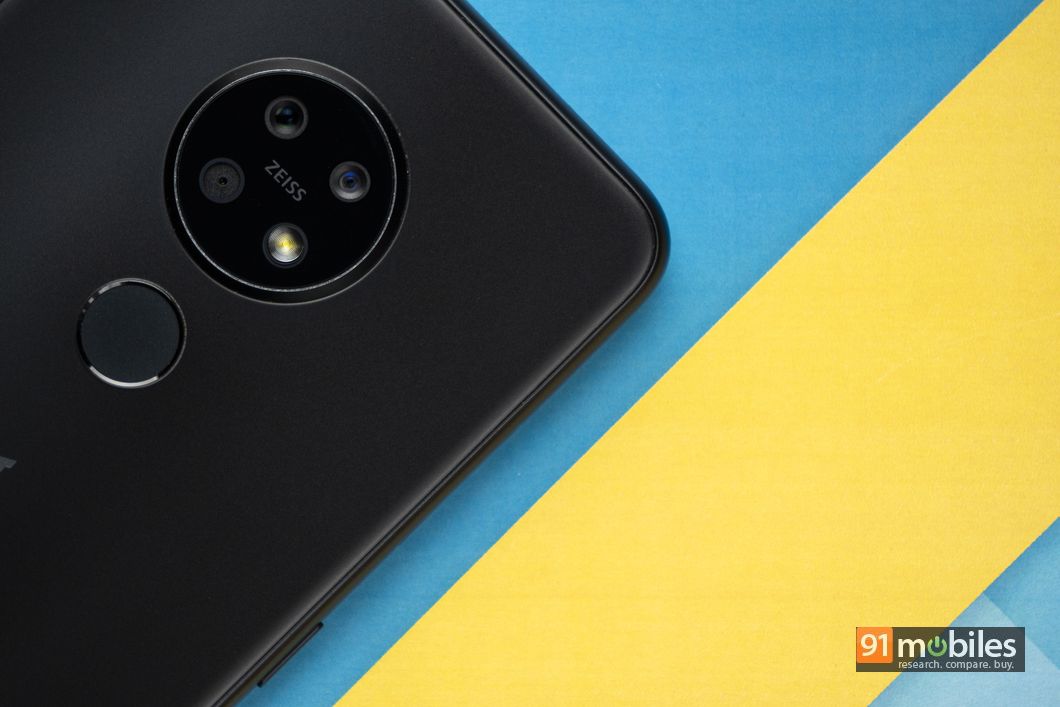 Coming to the smartphone’s camera performance, the Nokia 7.2 clicked great shots during the day with its main 48MP sensor. The photos looked tasteful and even had an abundance of details in them. However, the smartphone did struggle to properly expose some parts of a scene such as the sky, so you might have to manually meter your clicks if it’s too bright outside. Now, as is the case with most other 48MP phones, you can get a slightly more detailed photo should you switch to the full-res mode, however, the Nokia 7.2 took quite a lot of time to process said images. 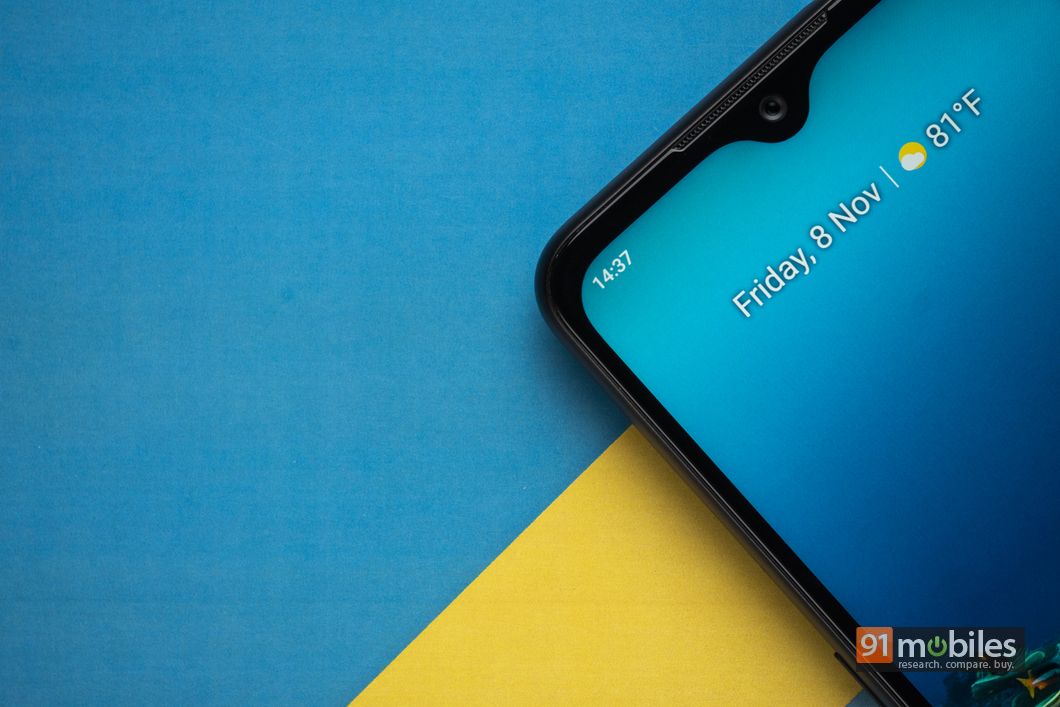 Moreover, the end result wasn’t day and night better than a pixel-binned 12MP shot and consequently, I didn’t find much use for the 48MP sensor. On the flipside, the ultrawide camera on the phone is solid for the price and it allowed me to capture more of a scene without having to take a step or two back. There’s minimal fish eye effect too, so you won’t notice the edges of the shots bend or curve. That said, there’s a drastic colour temperature shift when switching from the main camera to the wide-angle lens, so make of that what you will.

As for lowlight, the smartphone managed to hold its own after the sun had set too. However, more often than not, images taken in lowlight would exhibit lens flaring issues, something the built-in night mode couldn’t fix either.

Thankfully, the Nokia 7.2 somewhat redeems itself in the selfie department as the phone’s 20MP front-camera clicks stunning, albeit slightly beautified selfies. Moreover, the portrait mode for the selfie cam works incredibly well too as it managed to create a convincing blur effect around my face.

Driving the smarts on the Nokia 7.2 is a Qualcomm Snapdragon 660 processor which has been mated to 4GB of RAM and 64GB of built-in, user-expandable storage. That said, you can spend an extra Rs 1K and opt for the 6GB RAM variant of the phone too. 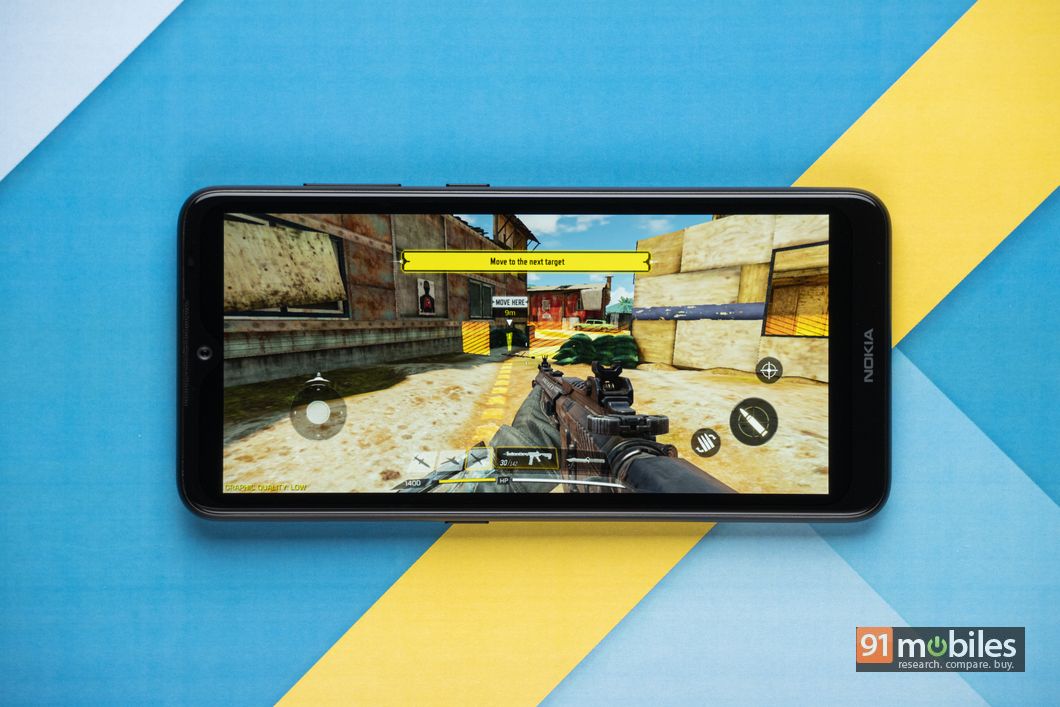 Now, despite being powered by a chip that’s over two years old, the Nokia 7.2 held up well during my time with the phone. The handset was quick to launch apps, and was more than capable of juggling a handful of processes at the same time too. That being said, I did notice the smartphone stop and catch its breath when I played intensive games like PUBG on the device. 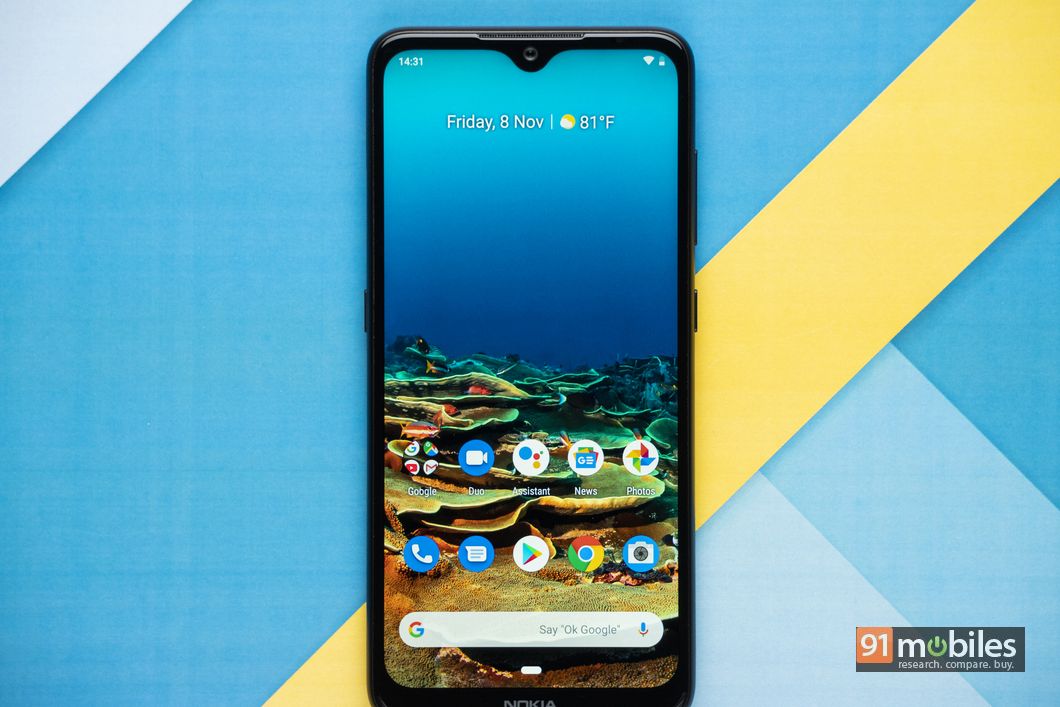 Admittedly, you can get much better bang for your buck should you opt for a Chinese smartphone offering in the same price range. To name a few, devices like the OPPO K3 (review), the Vivo Z1X (review) and the Realme 5 Pro (review) all offer more powerful CPUs, paving way for smoother user experience out of the box and more importantly, longer shelf life. 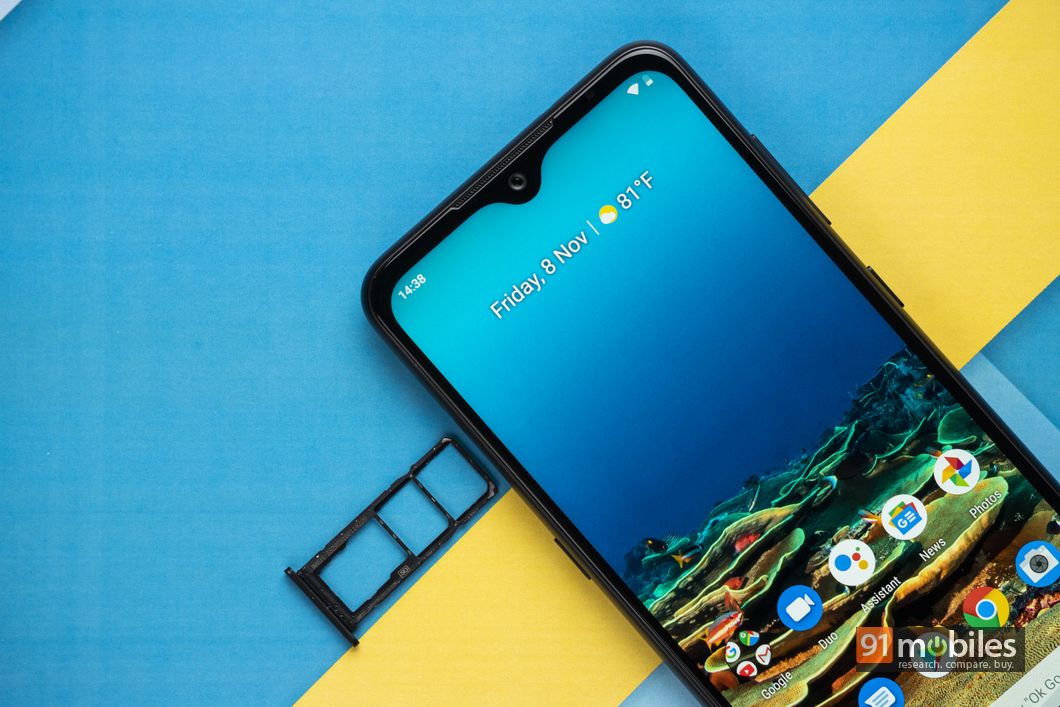 That being said, Nokia has an edge when it comes to software, as the phone boots a stock skin of Android Pie. What’s more, since the phone is part of Google’s Android One platform, you are all but guaranteed updates for the next two years. Now, there are drawbacks to the smartphone’s ‘barebones’ skin too, as the software experience on the Nokia 7.2 doesn’t offer anything out of the ordinary.

In fact, there isn’t even a system-wide dark mode available on the phone yet, which is a bummer. However, on the whole, I’m more than satisfied with Nokia’s no-frills approach to the Android operating system. 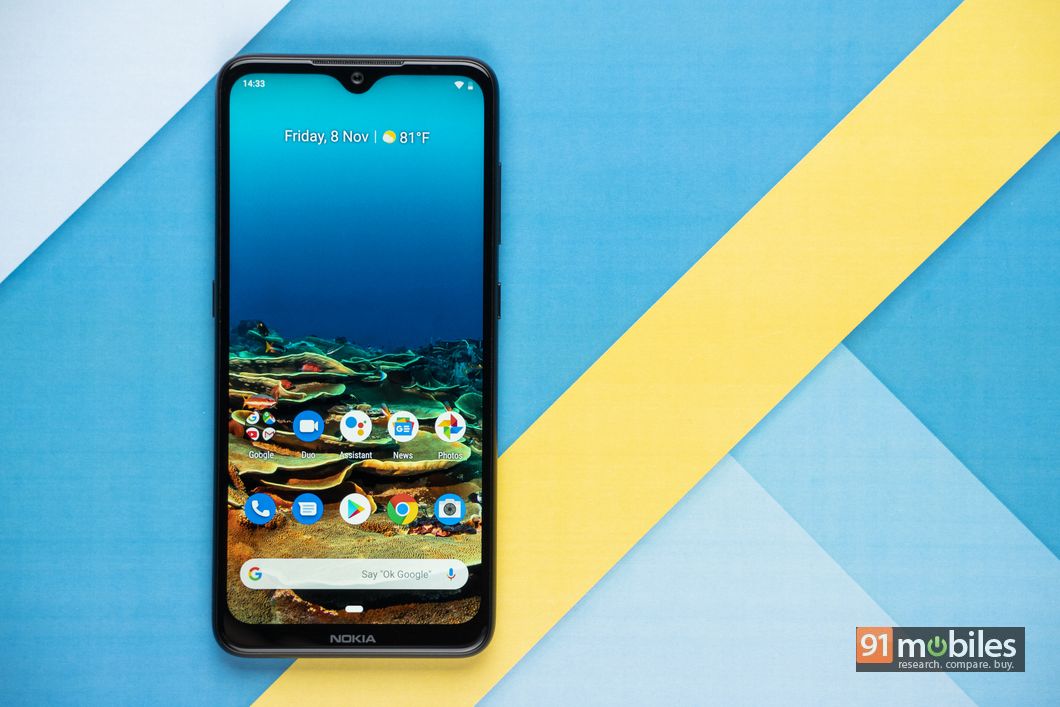 In the battery department, the Nokia 7.2 offers buyers a 3,500mAh cell which, again, is inferior to many of its competitors 4,000+ mAh batteries. However, the phone comfortably lasted me a day on heavy usage and I was consistently averaging over four hours of screen on time with the phone, which is great.

Why pay in full when you get EMIs with 0% interest?
Buy Nokia 7.2 now and pay later in flexible EMIs!
Know More

The Nokia 7.2 starts at Rs 18,599 for the 4GB RAM variant, however, you can easily find the phone hovering around the Rs 16K mark on various e-commerce websites like Amazon. For its asking price, the phone offers an elegant design, a clean software experience, and a day-long battery life. 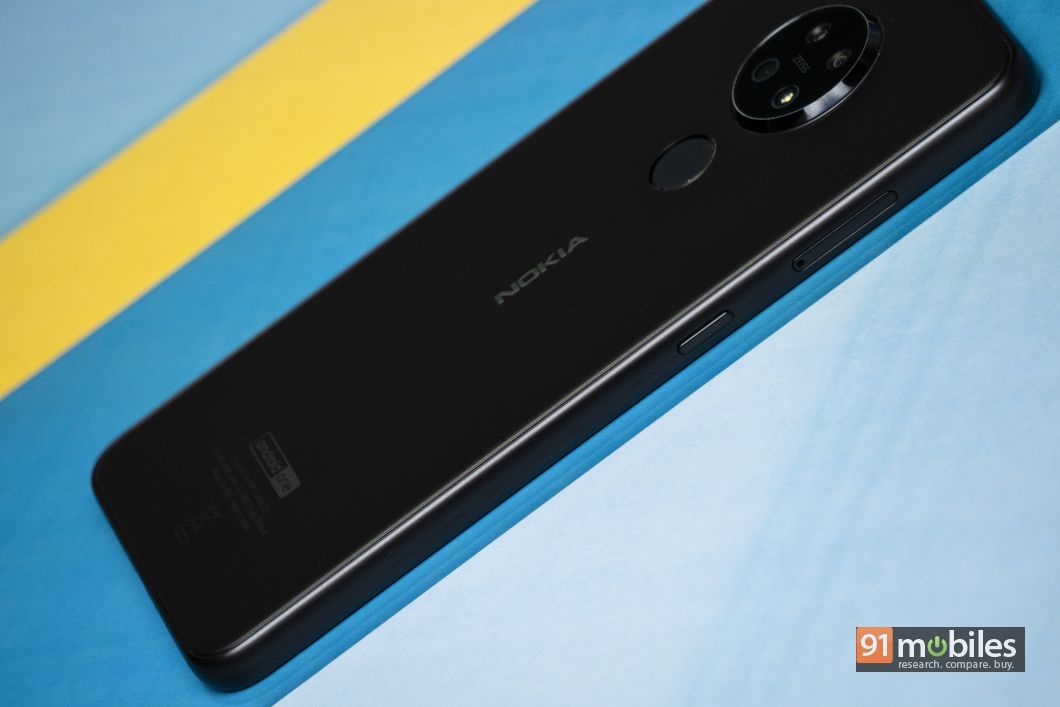 Unfortunately, the smartphone’s two-year-old SoC doesn’t offer the smoothest performance, and the cameras leave something to be desired too. Moreover, unlike the competition, the lack of fast wired charging on Nokia’s offering also sticks out like a sore thumb. Correspondingly, as things stand, you’d be better off with devices like the OPPO K3, or the Vivo Z1X, which simply put, offer much better bang for your buck. There’s an argument to be made for Nokia’s clean UI, however, that alone doesn’t warrant a recommendation over the rest of the contenders in the affordable space.