It’s been a while since the Indian smartphone market was introduced to a fully rugged device that could withstand nature’s fury and rough use, or at least be partially immune. HMD Global-owned Nokia has recently released the Nokia XR20 in the country and the handset does seem to promise quite a bit durability-wise. The smartphone boasts military-grade endurance against extreme temperatures, is resistant to water and dust, and has a casing around the body to protect the device from falls. The device makes use of a processor that is, to put it mildly, not that great for the price. Looking at the specs on paper and its pricing of Rs 46,990, the Nokia XR20 might not appeal to everyone. That said, it could work for some others. Let’s take a closer look. 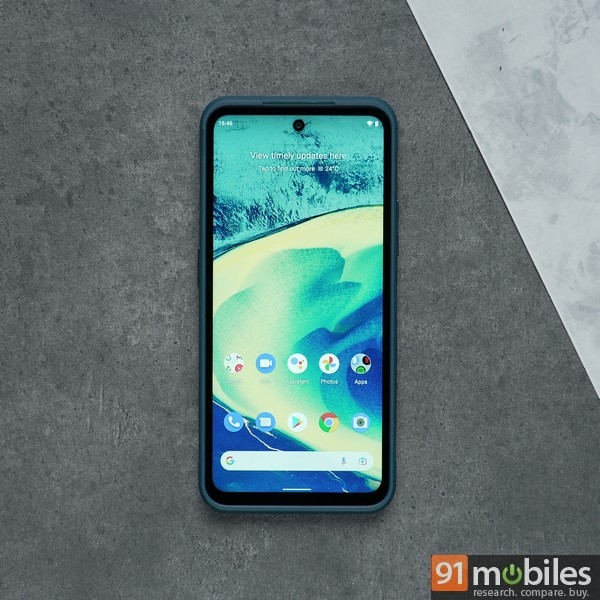 The Nokia XR20 does little to justify its price tag in terms of overall performance, display or battery life. However, its defining trait is the ruggedness that makes it a durable option for adventure sports enthusiasts and others who love the outdoors and need a no-frills smartphone that can withstand rough usage. 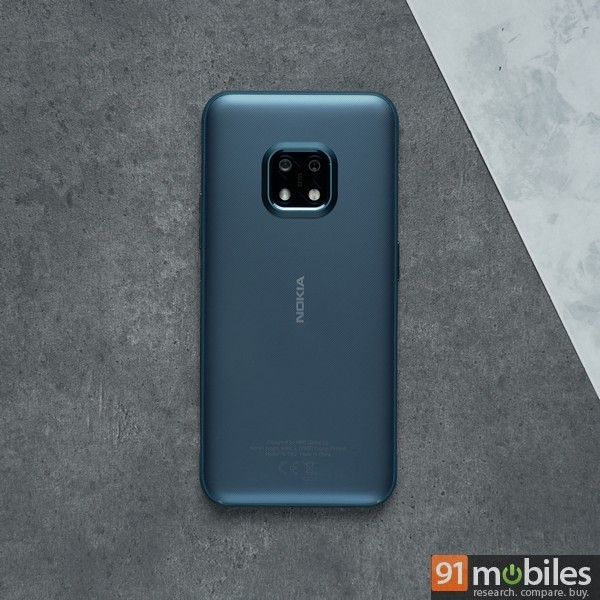 If there’s one thing that Nokia knows how to do better than its competition, it’s making svelte smartphones with an added focus on durability. While the Nokia XR20 is not a glamorous looking phone, it’s at least not as atrocious or outlandish looking as some of the other rugged phones we’ve seen previously. A rubberised polymer material encompasses the phone acting like a thick case and provides the kind of protection that appears a bit over the top. I actually dropped the phone several times to test the durability on a variety of surfaces ranging from marble to concrete to even a floor of bricks. The phone holds its own, including the display which employs Corning’s Gorilla Glass Victus protection. The phone’s exoskeleton is thick enough to prevent the display from coming in contact with the ground. Even so, glass is glass, and glass breaks, so perhaps don’t go too wild with the phone outdoors. 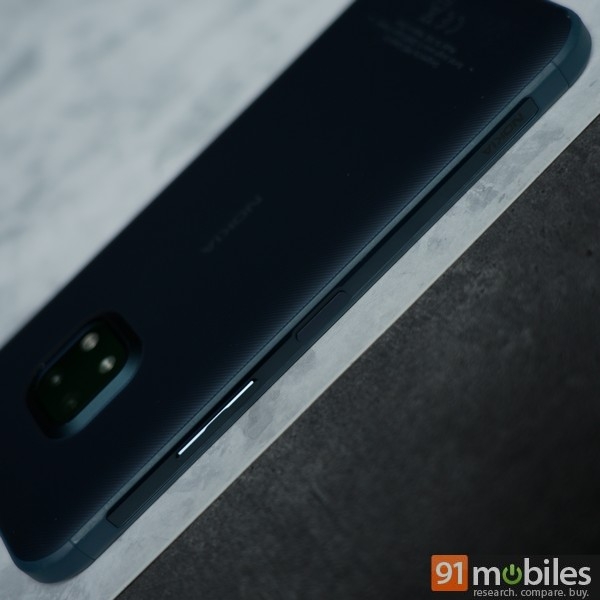 The other physical attributes on the device include IP68 waterproofing and dust resistance, which can be found in a few other phones at this price point. I submerged the phone for about 5 minutes inside a tub of cold water and it came out working just fine. I also threw the XR20 in a pile of sand and buried it completely. As I expected, the phone emerged from underneath the mound of sand victorious. The MIL-STD-810H certification on the device also covers resistance to extreme cold and hot weather conditions. I tested the former by keeping the phone in my freezer at -7 degrees celsius and after about 20 minutes the device was fresh as a daisy. My tests have revealed that the phone does in fact hold up to a high standard of durability, which is something that might be a requirement for people who regularly engage in adventure sports, trekkers, and others who need a phone that can survive rough usage – those involved in the construction business, for example. Using the bulky phone one-handed is a challenging task especially when you are lying down and the phone is above your face. It weighs about a quarter of a kilo and has a 10.66mm thickness which can make it difficult to carry around in your jeans pocket. There is a headphone jack at the bottom, which is always nice to see, along with a USB C port and a speaker grille which pairs with the earpiece up top for stereo sound. The volume rocker buttons have a good tactile feel, and the power button below it is placed inside a slight indentation to differentiate it from the dedicated Google Assistant button on the other side. There is another button on the top edge with a red accent that is configurable. On the display side of things, you get a 6.67-inch screen which is an IPS LCD panel, and lacks the deep blacks and colour reproduction of an OLED. It is bright enough at 500nits though, and has decent viewing angles… but it is nothing exceptional and certainly below the viewing standards in this price range. 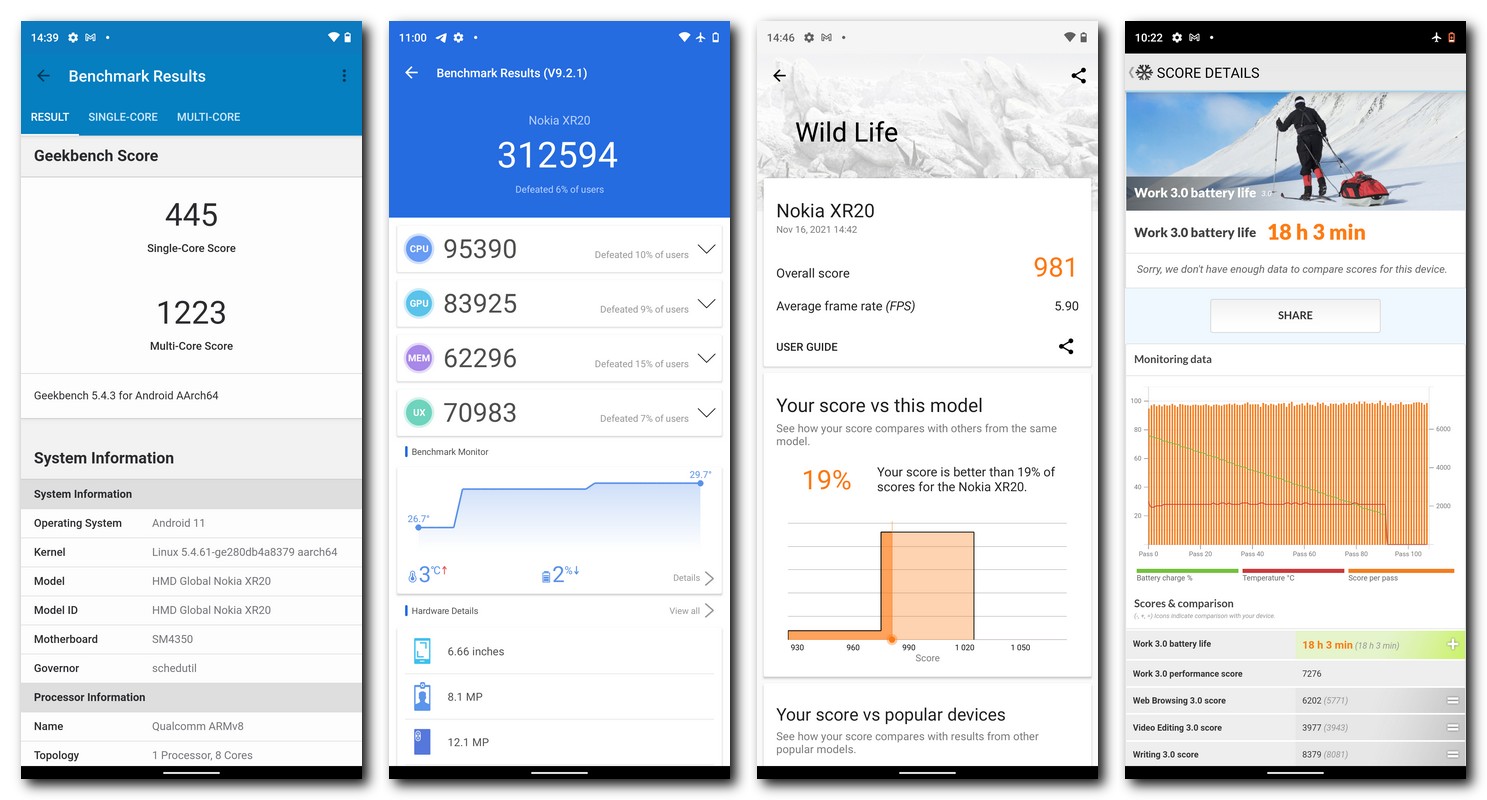 The Nokia XR20 comes powered by the Qualcomm Snapdragon 480 SoC, which isn’t really a performance powerhouse. Daily tasks such as browsing Chrome or Instagram don’t pose a problem, but multiple heavy apps open at the same time stress the system to a point where the UI starts lagging. The phone’s score on Antutu V9.2.1 is 312,594 which can be considered good for budget smartphones. This chipset can’t handle heavy graphical performance, and the 6GB of RAM can feel a bit less when compared to other devices that offer twice the memory bandwidth. The 128GB internal storage you get can be expanded by using a microSD card. Nokia is also providing 3 years of OS upgrades and 4 years of monthly security updates to the stock Android 11 skin running on the phone. There is 5G support available as well for when the infrastructure catches up in the country. The optics on the phone are decent with a 48MP primary camera supported by a 13MP ultra-wide sensor, along with a dual-tone LED + Single LED flash. The pictures are quite good in daylight scenarios with sharp details and colour saturation held to a realistic level. Focusing can be a slight problem sometimes but the shutter speeds are quite fast. HDR works well and illuminates a lot of the dark areas in the shots. In low light scenarios, the shots undergo a lot of post-processing and oversharpening of details. The dedicated Night Mode, however, alleviates some of the concerns and brings in a lot of details in the shadows. The dual flash is efficient at lighting up a pitch-black room quite evenly without overexposing. The 8MP selfie camera takes great shots and keeps a lot of facial details intact. As far as the battery goes, the XR20 packs in a 4,630mAh cell that supports 18W fast charging support along with 15W wireless charging. In my PCMark Battery 3.0 test, the device got a score of 18 hours and 3 minutes which is more than decent for this battery capacity. 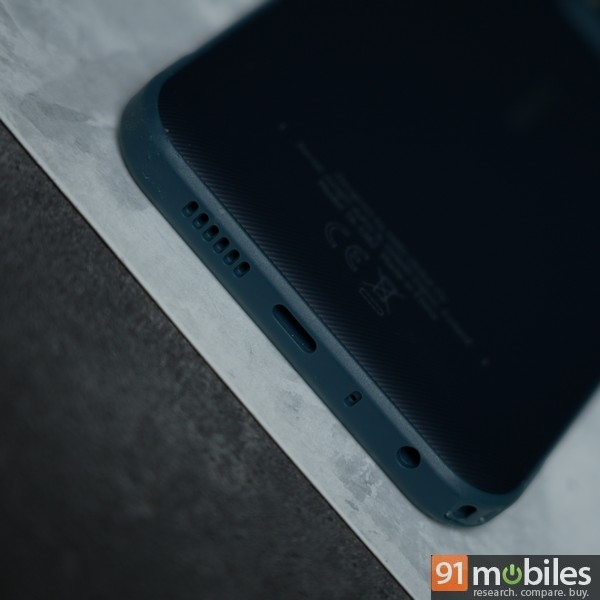 As I said earlier, the Nokia XR20 isn’t for everyone, given its specs and its pricing. At similar or even lower costs, you could get a phone that can deliver on all aspects of the core smartphone experience, and invest in a sturdy case that should protect it from shocks and drops. However, that would still leave out aspects like the resistance to extreme temperatures that the XR20 can offer. The device might not be the best, but offers reasonable performance along with a decent set of cameras and good battery life. If you’re someone who needs a no-frills smartphone and revels in the great outdoors, go on treks, enjoy adventure sports, or are involved in any activities which involve rough usage, the extreme ruggedness of the Nokia XR20 should come in handy. 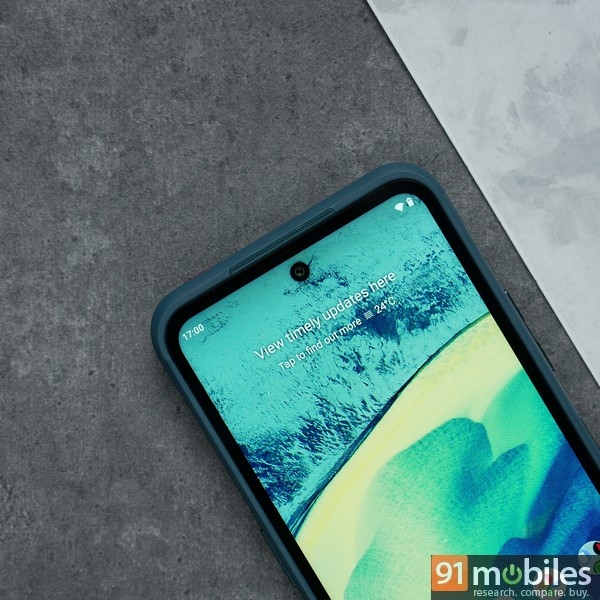