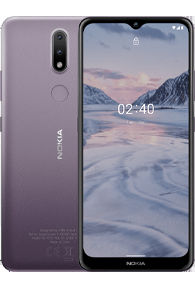 Nokia has taken the wraps off its latest budget phone, which comes in the form of the Nokia 2.4. There is only one variant of the phone which is priced at Rs 10,330. Keeping the software experience as its top priority once again, the Nokia 2.4 is part of Google’s Android One program. On paper, the hardware packed inside the device is not going to raise any eyebrows. Even so, Nokia is claiming impeccable build quality and offering a no-frills Android experience with its latest handset, an approach that has been a bedrock for its recent devices. That said, the Nokia 2.4 is up against the likes of the Narzo 20 (review), Redmi Note 9 (review), and Galaxy M21 (review) and therefore, faces stiff competition. Can the HMD Global-owned brand convince customers to go for its product? Let’s find out in this review of the Nokia 2.4. 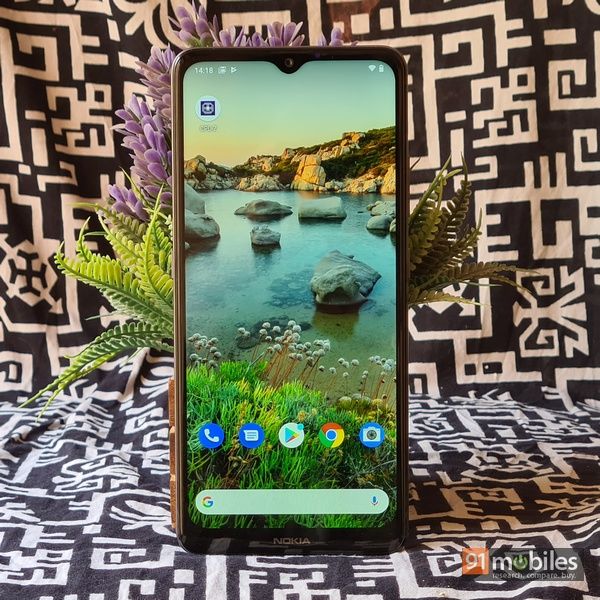 The Nokia 2.4 fulfills on the two aspects it can be banked upon the most, ie. software and build quality. An assurance of being able to use at least Android 12 (whenever it comes) on a budget device will contribute to prolonged usage. However, the usage of a low perfromance SoC and absence of a higher resolution display plays to the detriment of the device.

The Nokia 2.4’s design is as robust as it is eye-catching, just like you would expect from any of the more recent Nokia devices. The handset has been constructed using standard build materials and comes toting a unibody plastic design. The back of the phone has a textured finish to it, which I appreciate over the horde of glossy phones in the market. With that said, the Nokia 2.4 is a huge phone by all means and one-handed usage is going to be difficult. Thankfully, the handset ships with tactile buttons that are easy to reach. Even the capacitive fingerprint sensor on the back has been positioned well and I also appreciate the extra button on the left which summons the Google Assistant.

Much to my dismay, the handset ships with a micro-USB port instead of the newer Type-C connector, which is disappointing. Apart from that, the headphone jack makes its way to the top of the phone while the speaker grille is present at the bottom. The Nokia 2.4 even comes with a rather high-quality clear silicone case inside the box. Nokia has also kept the optics simple with a dual-camera approach on the back, with the module housed vertically at the top centre. Rest assured, Nokia phones have solid build quality and the same is exemplified with the Nokia 2.4. 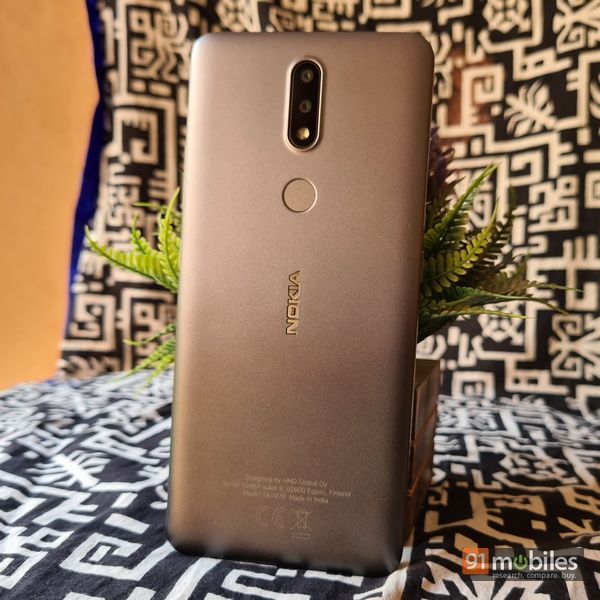 As I had mentioned earlier, the Nokia 2.4 is a large device and that is partly because of its sizeable screen. The actual display measures 6.5-inches, though the chunky bezels around the panel make for a larger surface area than necessary. It offers HD+ (720 × 1,600) resolution, with a waterdrop-style notch housing the selfie shooter. At 60Hz, the screen refresh rate is standard. However, given the phone’s asking price, I’m willing to let that slide. Colours and saturation levels on the panel are on point for a budget phone but I was left wanting for a brighter display. In sunny conditions, viewing content on the Nokia 2.4’s screen posed a slight challenge, although the display does get quite dim at night. There aren’t a whole lot of display customisation options to speak of either, and those opting for the handset will be able to change the brightness, white balance, turn on/off adaptive brightness, and toggle the dark mode and the blue light filter. On the whole, barring the handset’s thick bezels and inadequate screen brightness, the Nokia 2.4 has a pretty nice display. 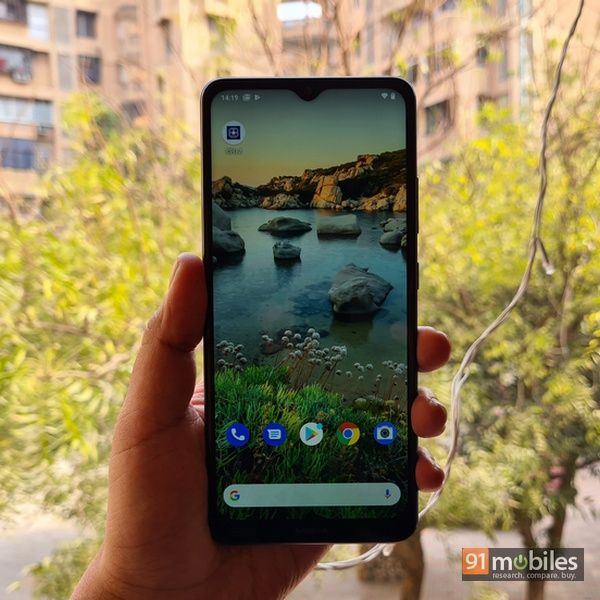 In the camera department, Nokia 2.4 has a dual-lens setup with a 13MP primary sensor and a secondary 2MP depth sensor. There are no ultra-wide or macro lenses on the 2.4, which quite a few of its competitors are providing in their respective devices. That said, the photo-taking abilities of the Nokia 2.4 are decent enough with the primary lens showing promise in daylight scenarios. Nokia’s brand of colour science deals with more realism than overly saturated shots that are usually the trademark of Realme or Samsung phones. This might give the pictures a sense of dullness but regardless, it is a more accurate representation of the scene. The shots offer reasonably solid dynamic range and satisfactory details and the handset only faltered when taking shots of a sunny sky. 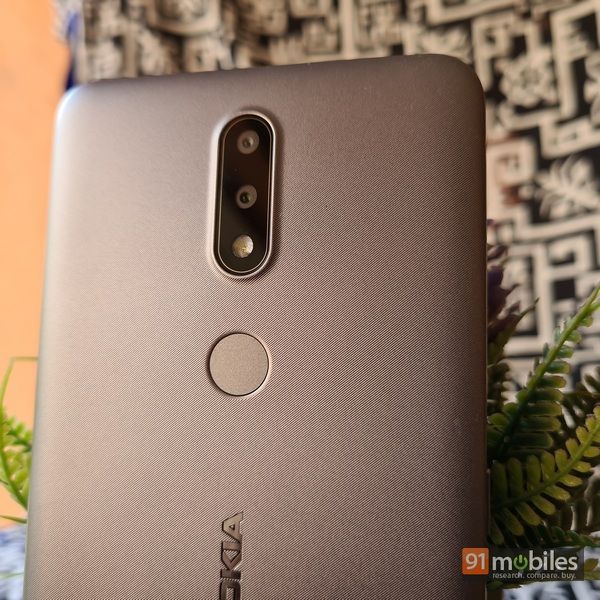 At night the sensor is understandably strained and quite a few times, the results are out of focus or offer lackluster details. However, the dedicated Night mode resolves a fair bit of the issues. While the post-processing time after clicking a shot in night-mode is long, the results are generally favourable. As for the selfies from the 5MP front camera, well, they are quite detailed and get the skin tone right. Unfortunately, the night mode does not function on the selfie shooter so you are likely to get grainy shots with a lot of noise in low lighting. Nokia’s phones are known for their simple and clean stock Android build that does not use too many system resources. The Nokia 2.4 packs in MediaTek’s octa-core Helio P22 SoC which is manufactured using a 12nm process. Needless to say, the Nokia 2.4’s benchmarking scores are nothing to write home about. As a matter of fact, GFXBench and AnTuTu crashed before completing the test cycle. However, as far as regular usage is concerned, the Nokia 2.4 rarely missed a beat. The unit’s 3GB of RAM felt adequate to accomplish multi-tasking between apps and while the smartphone ships with only 32GB of internal storage, you can expand it via a microSD card. Unsurprisingly, any heavy-duty application such as Call of Duty Mobile will stutter and sloth quite a bit, but casual games such as Subway Surfer are playable at respectable frame rates. In terms of audio, the single firing speaker at the bottom has decent volume but lacks depth. As for the fingerprint sensor, the authentication speed is generally fast but I did run into instances where the unit refused to recognise my print. The scenery remains unchanged with the handset’s facial recognition tech too, which at times, took a couple of scans before letting me see my home screen. The call and microphone quality on the device, like with almost all other smartphones, is good. 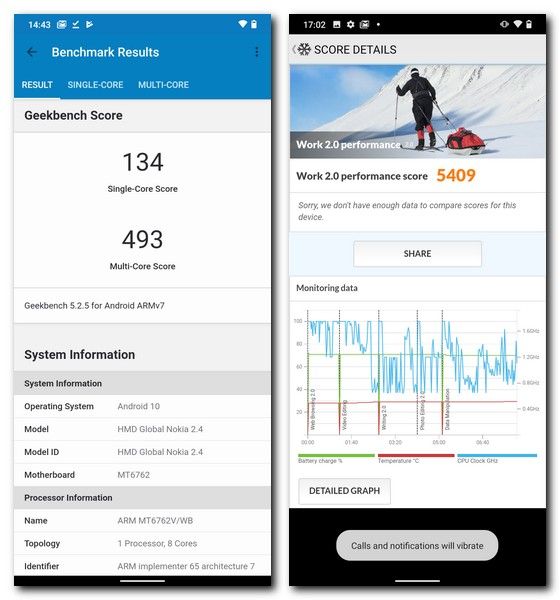 One big advantage of being on Google’s Android One is the guarantee of at least two years of the latest software updates. Currently, the Nokia 2.4 is shipping with Android 10 but you can be assured that the device will be supported till Android 12 and more. For a more detailed explanation of the software aspect, you can head over to my Nokia 5.3 review. 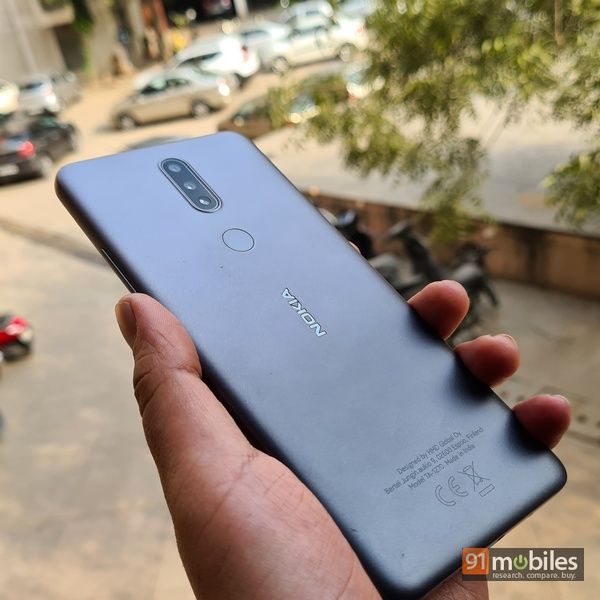 The Nokia 2.4 packs in a 4,500mAh battery inside its body. This may not look like a lot but in terms of real-world usage, the device lasts for a significant amount of time. During my time testing it, the Nokia 2.4 has been easily more than a one-day phone even with strenuous usage. Looping a video on the device saw it last a healthy 26 hours. The only gripe is the extremely slow 5W charger inside the box which will take at least 2 hours to charge completely. 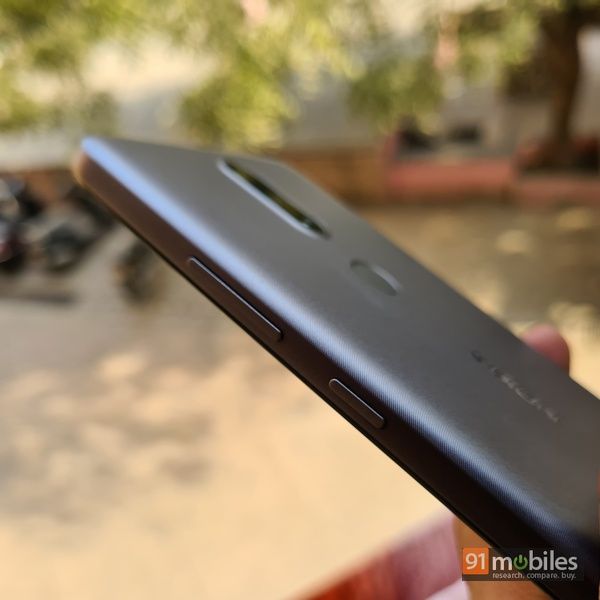 Looking just on paper the Nokia 2.4 is not a very impressive device. Clearly, the competition is dishing out better specs, more cameras, and higher resolution displays. However, the pillar for Nokia’s success is the company’s simple, stock Android approach which is void of any fluff. Design is also a strong suit and Nokia gives a sense of grandeur to its smartphones with its signature build quality. If stock Android, a good battery life, and a premium design is something you would like from your device, then the Nokia 2.4 is a great choice. 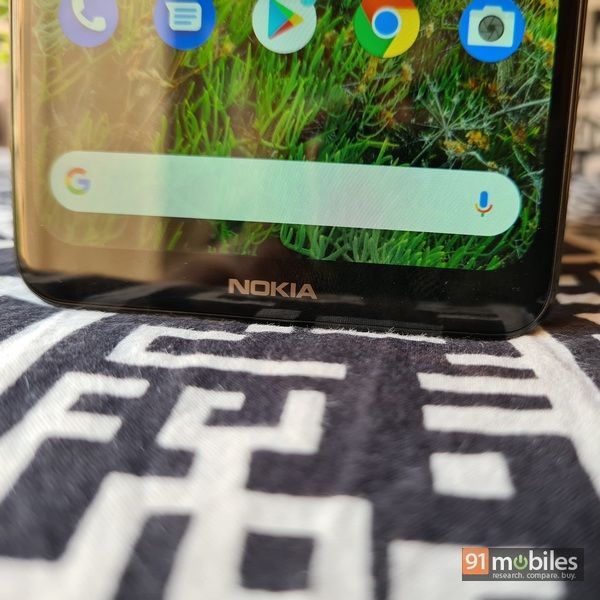