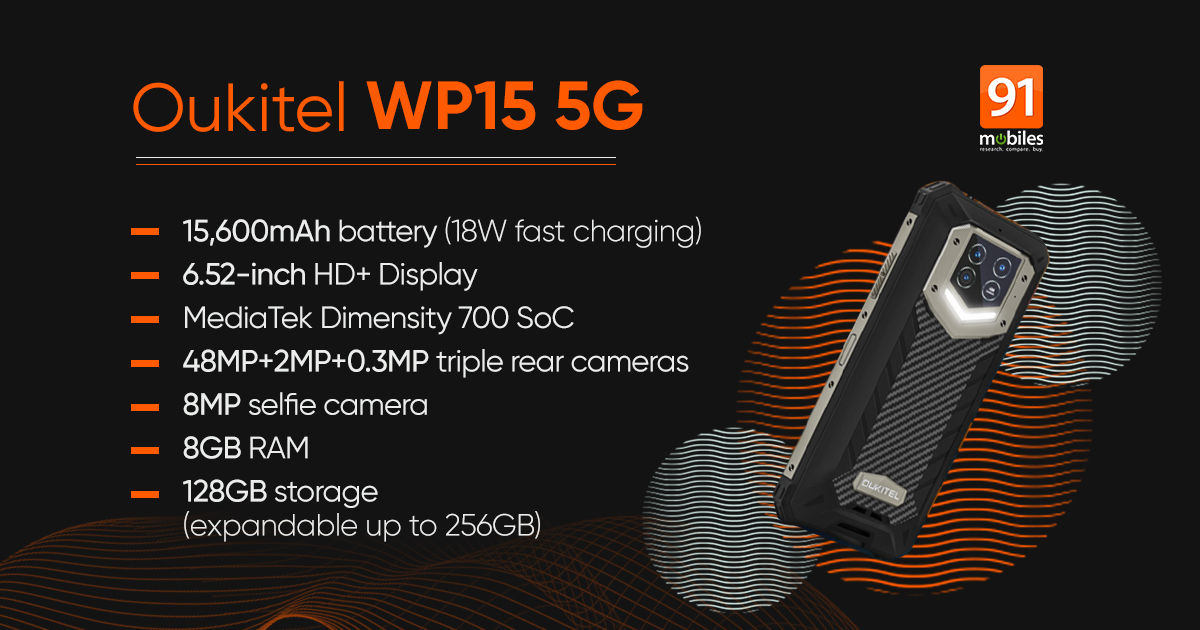 Oukitel WP15 5G rugged phone has been officially launched. It has a humungous 15,600mAh battery, making it the highest on any rugged phone beating the Ulefone Power Armor 13. This is also the highest on a 5G-enabled smartphone on the planet currently. The Oukitel WP15 is claimed to deliver 1300 hours of standby time and to cut down the ever-lasting charging time, the company has bundled an 18W fast-charging support that is rated to fully charge from 0 to 100 percent in around five hours, which is not a bad deal considering the large 15,600mAh unit. The phone also supports reverse-charging which will allow you to charge other devices.

Oukitel WP15 5G doesn’t have the highest battery capacity on a phone as the Energizer Power Max P18K still reigns champion with a whopping 18,000mAh battery, but it never went into production. In addition to the large battery, the WP15 is IP68 and IP69K rated for both dust and waterproof. It is also MIL-STD-810G certified as well, meaning it can be used in extreme environments. It can withstand 1.5m depth in water for around 30 minutes. Other key WP15 specs include the MediaTek Dimensity 700, 48MP primary camera, and a 6.52-inch HD+display. 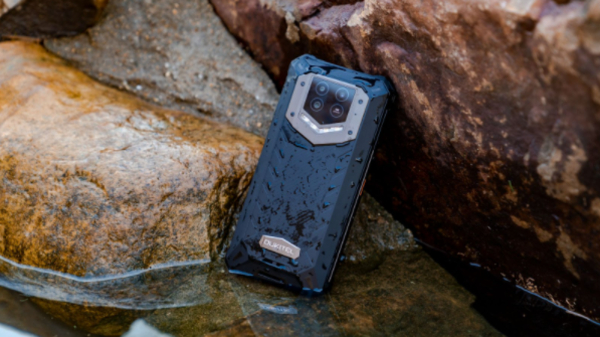 Oukitel WP15 sports a 6.52-inch HD+ display with 1600 x 720 pixels resolution and a waterdrop notch for the selfie camera. It is powered by the MediaTek Dimensity 700 paired with ARM Mali G57 GPU, paired with 8GB RAM and 128GB internal storage that is further expandable up to 256GB via a TF card. The phone runs on Android 11 OS out of the box and packs a 15,600mAh battery with 18W fast-charging and reverse charging support.

As for the optics, the WP15 has triple cameras on the back, with a 48MP primary sensor, a 2MP secondary lens, and a 0.3MP sensor. There is an 8MP snapper on the front for selfies and video chats. The phone is equipped with IP68, IP69K rating, MIL-STF-810G, customisable button, Wi-Fi extender, app freezer, NFC, and an underwater camera mode.