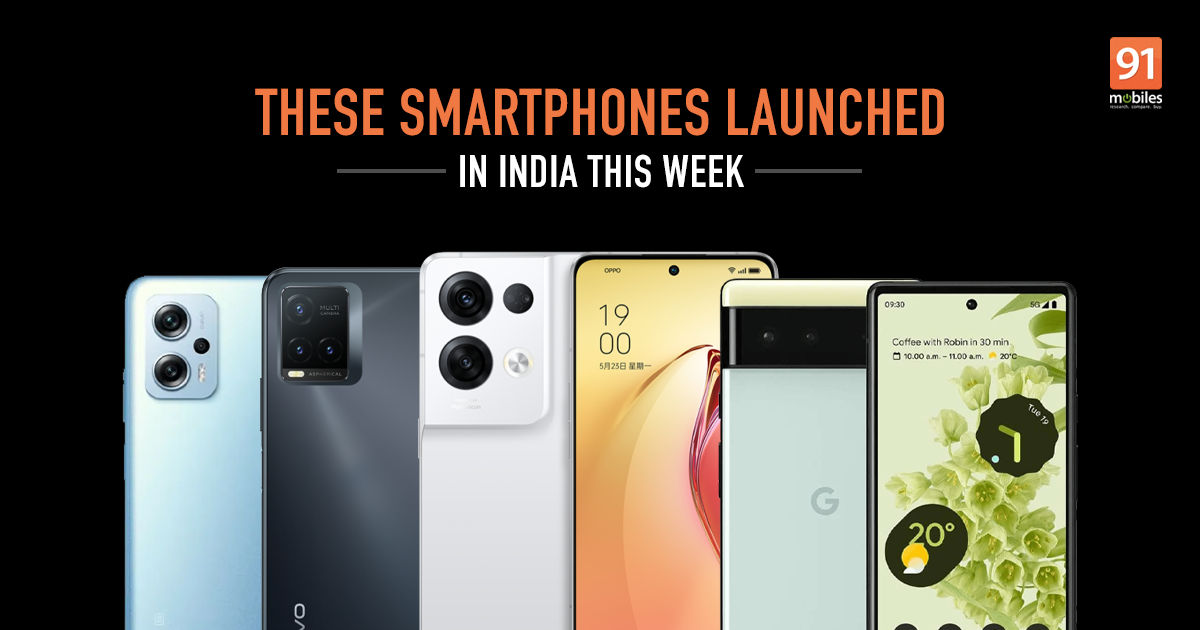 The middle of July 2022 saw as many as six smartphone launches. The past week started with Tecno Spark 9 and OPPO Reno8 series and ended with Google Pixel 6a hitting Indian shores as the first Pixel phone in two years. One of the best phones to launch this week was the Redmi K50i. Why? Because with the K50i, the fan-favourite Redmi K-series returned to India after three years. On the same day as the Redmi K50i, Vivo launched the Vivo T1x.

With so many smartphone launches in a week, it could be hard to keep track of what’s happening in the tech world, which is why, in this article, we’ll give a recap of every handset that launched between July 18th and July 21st. Have a look.

Tecno Spark 9, launched on July 18th, is an entry-level phone priced at Rs 9,499. This under Rs 10,000 smartphone comes with up to 11GB RAM and a 90Hz display, uncommon in this segment. Powered by a MediaTek Helio G37 chip, the Spark 9 ships with a 5,000mAh battery. You get 128GB of internal storage with 6GB RAM, expandable up to 11GB via 5GB virtual RAM. Photography on Tecno Spark 9 is taken care of by a 13MP dual rear camera setup. 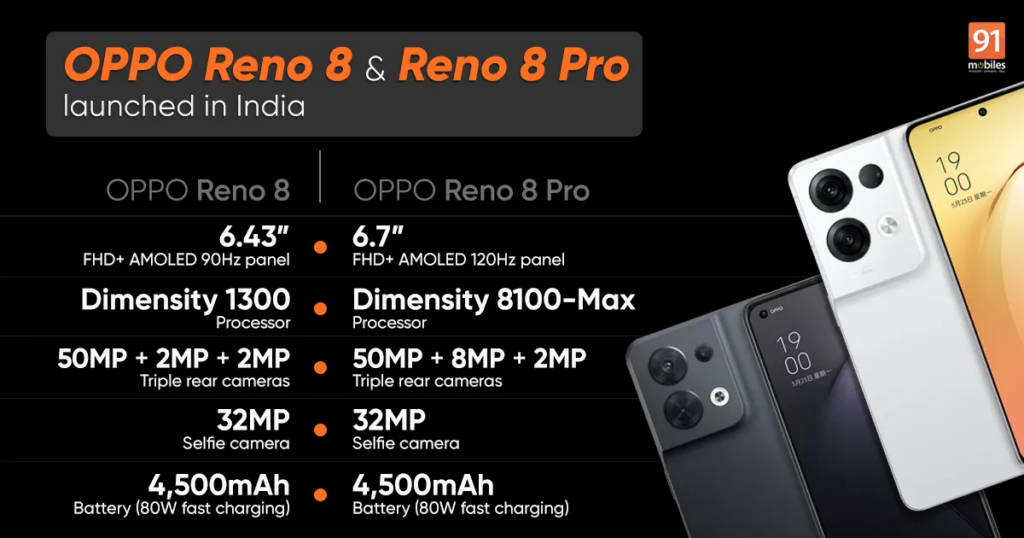 OPPO Reno8 flaunts a 6.43-inch Full-HD+ AMOLED 90Hz panel that gets fuel from a MediaTek Dimensity 1300 chip with a 4,500mAh battery that supports 80W SUPERVOOC charging. It packs up to 12GB RAM and 256GB storage. For photography, you get a 32MP selfie camera, and the MariSilicon X-powered triple rear camera setup includes a 50MP primary, 2MP secondary, and 2MP third lens. 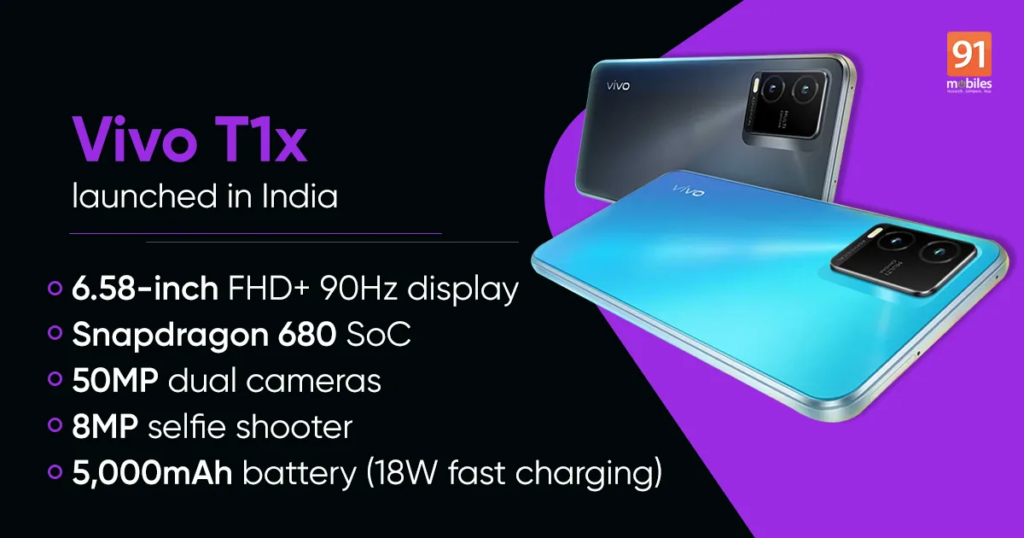 Next on the list is Vivo T1x, the first smartphone under Rs 12,000 to feature a 4-layer cooling system. Vivo unveiled the T1x on July 20th, available in two colour options: Gravity Black and Space Blue. It comes in three storage options:

Vivo T1x houses a 6.58-inch Full-HD+ 90Hz LCD panel that gets juice from a Snapdragon 680 processor with a 5,000mAh battery that supports 18W fast charging. It flaunts an 8MP selfie camera and a 50MP primary and 2MP macro dual rear camera setup. 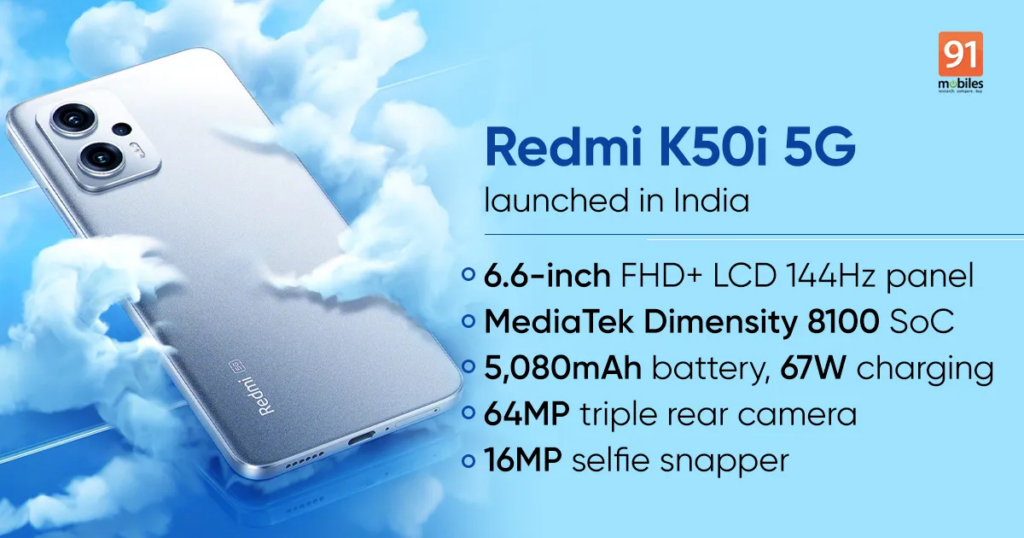 Launched on July 20th, the Redmi K50i is the star of the show for this week. It is the first Redmi K-series smartphone to see an Indian launch after three years. While it may be new to the Indian audience, the phone has the same design and specifications as the Redmi Note 11T Pro. Available in Stealth Black, Phantom Blue, and Quick Silver colour options, the Redmi K50i 5G comes in two variants:

The Redmi K50i features a 6.6-inch Full-HD+ LCD 144Hz panel. A MediaTek Dimensity 8100 runs the show, and a 5,080mAh battery with 67W fast charging support keeps the lights on. Imaging on the Redmi K50i 5G is taken care of by an 8MP front-facing camera and triple rear camera setup: 64MP primary, 8MP ultra-wide, and 2MP macro. 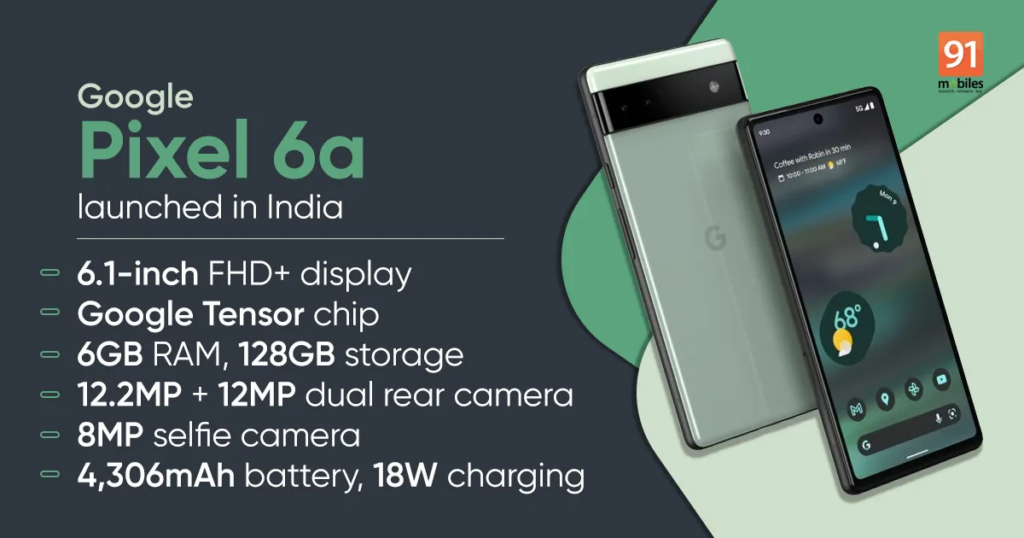 Apart from the K50i, this week saw another marvel, the Google Pixel 6a. While the phone got an introduction at Google’s I/O 2022 event, Google was mum about its India availability. After skipping the Google Pixel 5 and Pixel 5a and the Google Pixel 6 series, the Pixel 6a is the first Pixel smartphone from Google to hit the Indian shores on July 21st. With a price tag of Rs 43,999, you get Google’s in-house Tensor chip, a Titan M2 Security chip, and 100GB of cloud storage from Google One. It packs 6GB RAM with 128GB storage, an 8MP selfie shooter and a 4,306mAh battery that supports 18W fast charging.

Best 33W fast chargers for Nothing Phone (1), Pixel 6a, and more