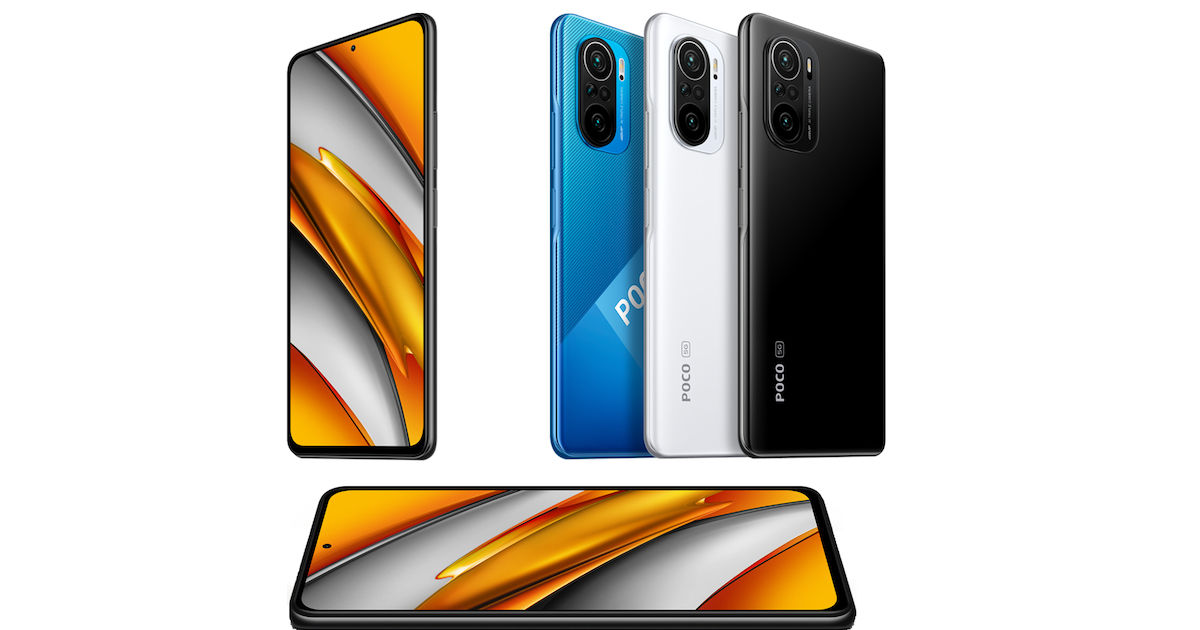 POCO F3 launch is set for March 22nd and we now know what the phone will look like courtesy of a leaked render. The handset will debut globally alongside the POCO X3 Pro, which is also expected to launch in India on March 30th. We have already seen the POCO X3 Pro design through a render that leaked last week. Now, tipster Ishan Agarwal has posted the POCO F3 render, which confirms the phone is a rebranded Redmi K40. POCO F3 specifications are largely a mystery, but rumour has it that the phone will come with the Snapdragon 870 chipset.

Your very first look at the POCO F3 Official Renders!

Will be launching with Qualcomm Snapdragon 870 5G Chipset.

The design looks like the Redmi K40, as expected. What are your thoughts? #POCOF3 #POCO #PowerMeetSpeed pic.twitter.com/vvVSDbq4X9

As the render shows, the POCO F3 looks identical to the Redmi K40. The POCO phone comes with a centre punch-hole camera and an edge-to-edge display. The rear panel, which is likely made of glass, comes in Black, White, and a Blue colour finish with a pattern. The rectangular rear camera module houses a 48MP triple camera system and an LED flash. The power button and volume keys or on the right side of the frame. All of this is similar to the Redmi K40 that launched in India.

The POCO F3 was previously rumoured to be a rebranded Redmi K40. The leaked render now seems to confirm this. This suggests that the POCO F3 specifications will also be similar to the Redmi K40. To recall, the Redmi phone was launched with a 6.67-inch E4 AMOLED display that supports a 120Hz refresh rate, FHD+ resolution, and 1300 nits peak brightness. The device is powered by the Qualcomm Snapdragon 870 chipset paired with up to 12GB RAM and 256GB internal storage.

The triple rear camera system on the Redmi K40 (and likely on the POCO F3) includes a 48MP primary camera, an 8MP wide-angle lens, and a 5MP telephoto macro lens. The phone gets a 20MP front-facing camera for selfies. The Redmi K40 packs a 4,520mAh battery and supports 33W fast charging. Since it is powered by the Snapdragon 870 SoC, the phone comes with 5G support (SA/NSA).