The 4G version of the Realme 9 has been announced by Realme for a starting price of Rs 17,999, marking the company’s eighth smartphone unveiling of the year. The brand has not shied away from crowding the sub Rs 20,000 market with a bevvy of products and the Realme 9 competes with a long list of devices from the Chinese smartphone maker’s own stable. A 5G variant of the Realme 9 had already been revealed a while back and is currently priced lower than this new 4G version. The major difference is that the latter abandons 5G capabilities to make room for an AMOLED display, a 108MP primary camera sensor and the new Qualcomm Snapdragon 680 SoC. Let’s find out in this full review if Realme’s latest offering puts a dent in the competitive budget space. 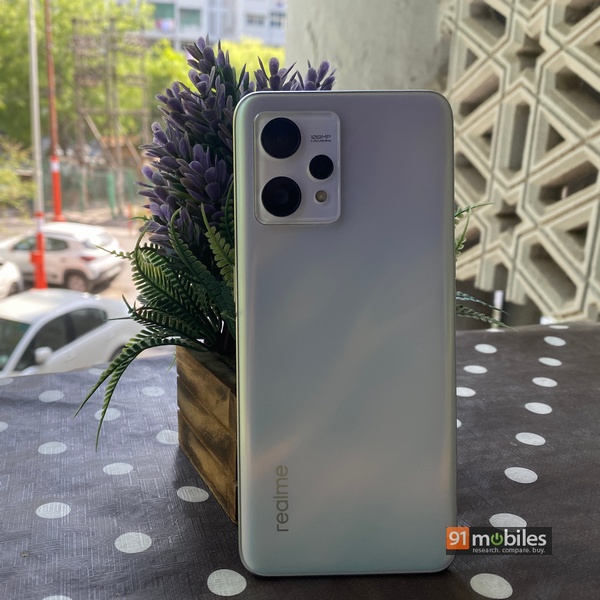 Except for the performance of the device, the Realme 9 is a worthy companion. It does lack 5G and adding in a stereo speaker setup would’ve added to the device’s charm. However the 108MP camera’s performance in daylight conditions is quite good, the 33W charging is quick and the AMOLED panel adds to the visual experience. The occasional stutters seen on the 90Hz panel did undermine the phone’s capabiities, although I’m hopeful a software update can fix this. 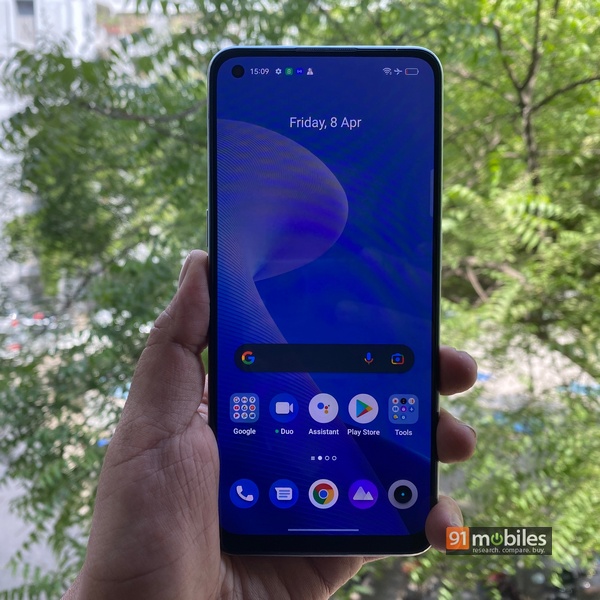 Realme has kept the design simple, clean, and minimalistic, making it quite similar to previous devices in its budget range. A polycarbonate unibody build with a gradient finish makes up the back panel while the triple-camera setup is positioned on the top-right. The phone can’t boast a stereo speaker setup, unfortunately, but I do like Realme’s use of an optical fingerprint sensor as opposed to the usual side-mounted fingerprint and power button combo which is prevalent in this price range. There is a headphone jack on the bottom alongside the USB C port and the volume rocker is present on the opposite side of the power button. The device is quite light at 178g and the back panel curves smoothly for a gentle in-hand feel. Overall, the Realme 9 doesn’t exude a very flashy appeal which could be to the taste of some users but personally, I feel a matte finish would’ve gone nicely with the device. 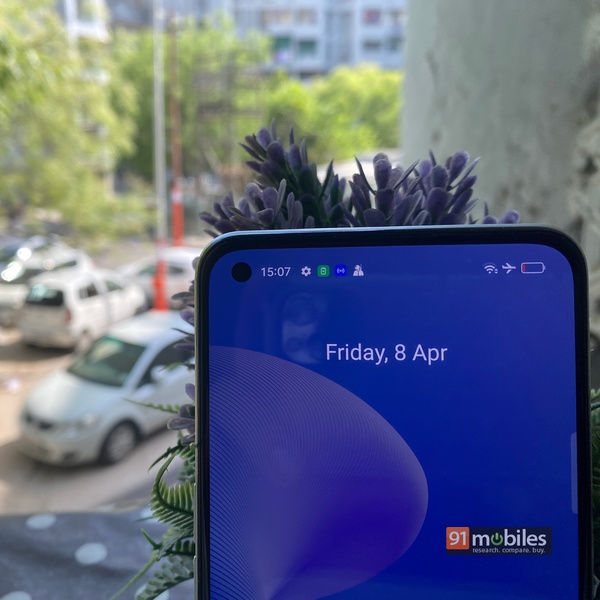 Dispensing with an LCD display, the Realme 9 has an AMOLED panel which I appreciate due to its good contrasts ratios, deeper blacks, and in general better colour accuracy. It doesn’t hurt that the panel also refreshes at 90Hz although there were significant issues I faced with jitters evident while swiping up to the home screen. Apart from that, while switching between apps, I saw a marked drop in refresh rate for a second before it got adjusted back to 90Hz. There is a minuscule punch-hole camera on the top right which doesn’t eat into the screen real estate which is more than I can say for the chunky bezels surrounding the panel. As far as display customisations go, Realme has a standard three-profile setting along with a slider to adjust the colour temperature. Brightness levels are more than acceptable and I was particularly happy with how well auto brightness adjusted the screen’s luminescence. WideVine L1 certification is present for viewing HD content on OTT platforms and even though the screen is HDR10 compliant, neither Netflix nor Amazon Prime supports it. Except for the occasional stuttering in the refresh rate, the Realme 9 offers a decent viewing experience. 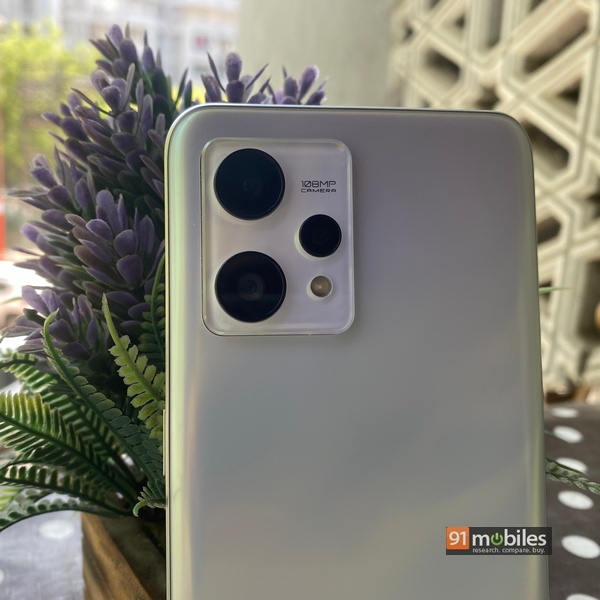 As far as cameras go, Realme is using a 108MP Samsung ISOCELL GM6 sensor coupled with an 8MP ultra-wide and a 2MP macro sensor. The super high-resolution sensor doesn’t necessarily translate into better photos and this is a lesson both OPPO and Realme have learnt over time. However, in the case of Realme 9, for its starting price of Rs 17,999, the GM6 is actually a great choice for users and it shows in the images being captured. Daylight shots are colour rich and have plenty of dynamic range to play around with. Exposure levels are handled quite well while the highlights in the background are not overblown. The sensor uses 9-in-1 pixel-binning to churn out razor-sharp 12MP photos although you can take a full-resolution 108MP picture as well. One another benefit of the primary shooter is that its super high resolution allows you to take 3X optical zoom shots. Portrait mode images turn out to be rather good further underlining the unnecessary cramming of depth sensors by OEMs into their devices when AI-based methods have become so good. The ultra-wide sensor, absent on the 5G version of the device, has more utility with a 119-degree field-of-view. While detailing is a bit soft across the frame, I am happy that the colour temperatures match up with the primary shooter. As for the macro capabilities, the rather low-resolution shots might not make it onto your social media channels, but under the right lighting, I was decently satisfied with colour accuracy. For low light shots, the images clicked were mostly a hit or miss depending on how steady I held the phone while taking the photo. The absence of stabilisation, understandable at this price point, does introduce a lot of shake while operating the dedicated Night mode. However, with perfectly still hands I managed to click some very decent shots that have a real-life colour resemblance, good detailing and measured exposure even with the absence of sufficient external lighting. The post-processing work done by the sensor is decent but I did find some overzealous usage to smoothen out noise in the night sky. There are some avenues to improve when it comes to low light photography, but the overall job done is much better than what the 5G variant of the device is capable of. As for the selfie camera, it is a run-of-the-mill 16MP sensor with good facial detailing, skin tones that tend to match and a portrait mode that works well in good lighting. 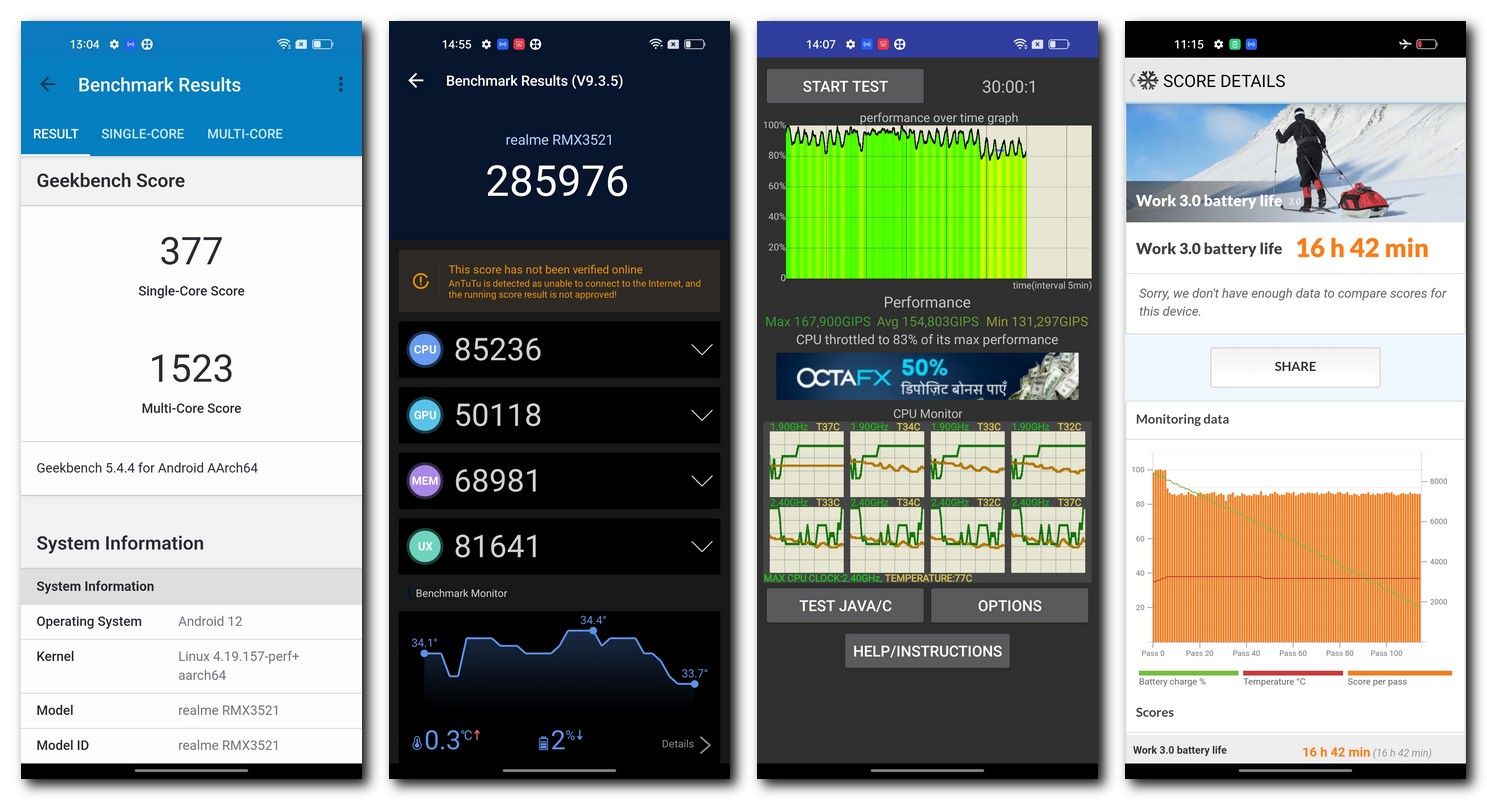 The Realme 9 runs on Qualcomm’s Snapdragon 680 platform and while this new chipset would have been impressive just a few years back, the standards of budget phones have risen dramatically. In terms of benchmark scores, Geekbench 5’s multi-core shows a rather unimpressive result of 1,523 while on Antutu V9.3.5 the overall score is a timid 285,796. I have to stress that modern budget phones hardly miss a beat while carrying out regular day-to-day tasks of operating the phone. App switching is lag-free and scrolling heavy social media apps is not an issue. However, as I had mentioned before, the 90Hz refresh rate tends to jam up from time to time and I wonder if a better SoC would’ve helped take care of the problem. In any case, the 6GB of LPDDR4x RAM on the starting variant should be enough to keep a bevvy of apps running in the background. Up to 5GB virtual RAM extension present in the settings menu should help too. The 128GB UFS 2.1 storage can be expanded using a microSD card by up to 1TB. BGMI gaming on the phone was not particularly enjoyable with the maximum frame rate setting of High (30fps) and graphics quality set at Smooth. I also ran the CPU Throttle benchmark and it showed that the device ran at 83 percent of its peak performance which is decent enough but not great. 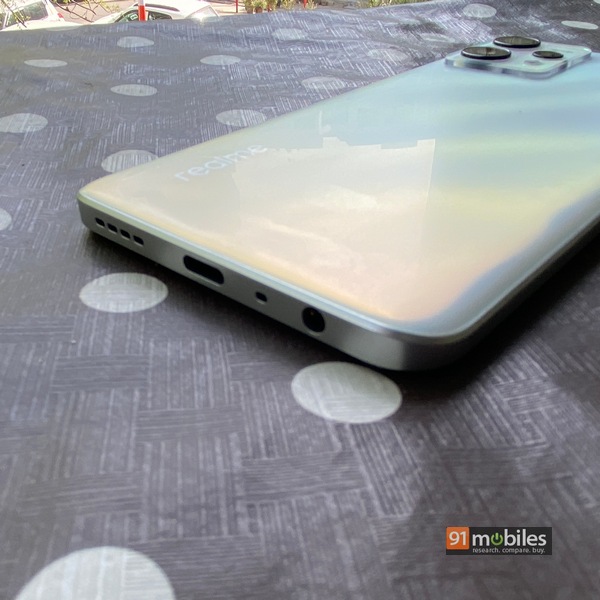 Other features on the device included a single bottom-firing speaker which gets spectacularly loud but is muffled when operating the phone in landscape mode. There is the 3.5mm headphone jack to fall back on but it doesn’t have Hi-res support that a few Redmi phones in the same price bracket incorporate. The in-display fingerprint sensor works surprisingly well and the registration process is snappy as well. Of course, there are no 5G capabilities on the device but I did use Jio’s 4G LTE network which worked fine for my usage. The device is running on Android 12-based RealmUI 3.0. You can read more about it in my Realme 9 5G review here.

The battery on the Realme 9 is a 5,000mAh cell with a 33W fast charging solution. Seeing that the Snapdragon 680 is not very power-intensive, expect the device to last for a substantial amount of time on medium to light usage. On PCMark’s Battery test the Realme 9 managed a very healthy score of 16 hours 42 minutes. My personal usage required the phone to be charged almost at the end of the day and sometimes the afternoon of the next. You can always charge the phone in about an hour or so with the 33W charging speeds. 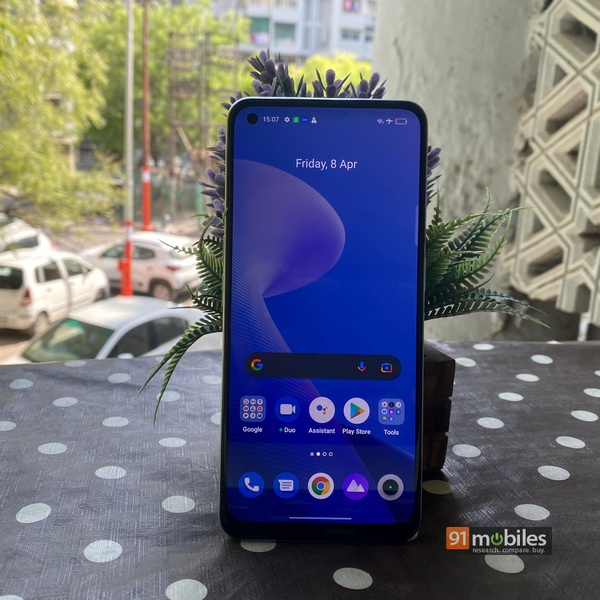 I really think that the Realme 9 would have made more sense if the 5G version’s Dimensity 810 SoC could have made its way to the former and removed the need for the latter entirely. Everything that the Realme 9 5G lacks is fulfilled by the regular Realme 9’s specs. There is a much better camera involved, an AMOLED panel that has a jittery 90Hz refresh rate but much better colour reproduction. The charging speeds are faster and authentication is done with a trusty in-display fingerprint sensor. Even on the software side, the Realme 9 comes with Android 12 out of the box while the 5G model is still on the previous version. If only the Realme 9’s performance was better, the device would have been surely a top recommendation in my book. Users looking for a good gaming experience on a budget can certainly do with better devices in the same price range like the Samsung Galaxy F23 (review) or the iQOO Z6 (review). That said, the new Realme 9 does come across as a compelling option that gets a lot of things right.