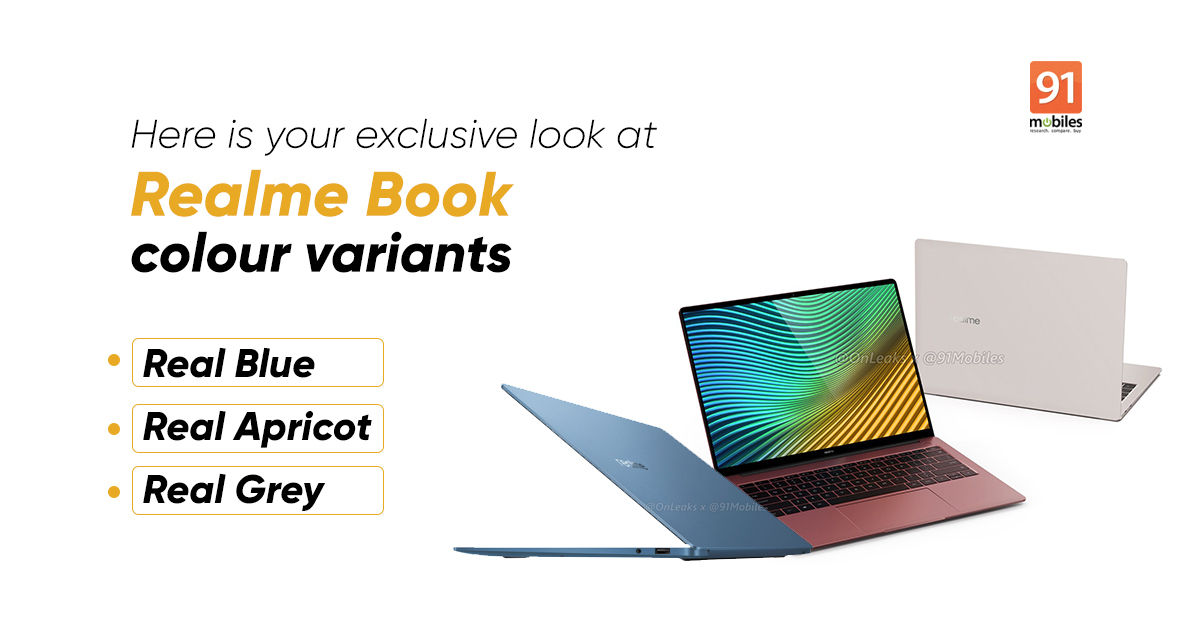 Earlier this year, Realme had announced that it will enter the laptop market soon, saying its first laptop will be named Realme Book. A few days ago, we even go to see the first set of renders of the Realme Book, thanks to @OnLeaks. That leak, however, showcased only one colour variant of the Realme Book, named Real Grey. Well, as it turns out, the upcoming Realme laptop will be available in three more colour options. 91mobiles, in collaboration with @OnLeaks, is exclusively bringing to you the renders of the Realme Book in those three colour options, called Real Red, Real Blue, and Real Apricot.

According to OnLeaks (Steve Hemmestoffer), Realme will launch the Realme Book in a total of four colour variants: Real Red, Real Blue, Real Apricot, and Real Grey. While the renders of the Realme Book in Real Grey hue have already been leaked, we are publishing the Real Red, Real Blue, and Real Apricot colour variants of the laptop.

As you can see in these images, the Realme Book has a thin waistline and the bezels around the display are narrow as well. The laptop has a very symmetrical design with a neat-looking keyboard and a large trackpad. The Realme Book has two USB Type-C ports located to the left-hand side of the device and a USB Type-A port and a 3.5mm audio jack located to the right-hand side of the device.

The Realme Book is said to feature a 14-inch LCD display with LED backlight and full-HD resolution. It is said to be powered by the 11th-generation Intel processor. And we are expecting it to run Windows 10 OS, with the company confirming it will support Windows 11. You can expect the device to be available in multiple RAM and storage configurations. The Realme Book price in India is expected to start under Rs 40,000. According to various rumours, the laptop will launch at some point in August, though there is no concrete timeline.