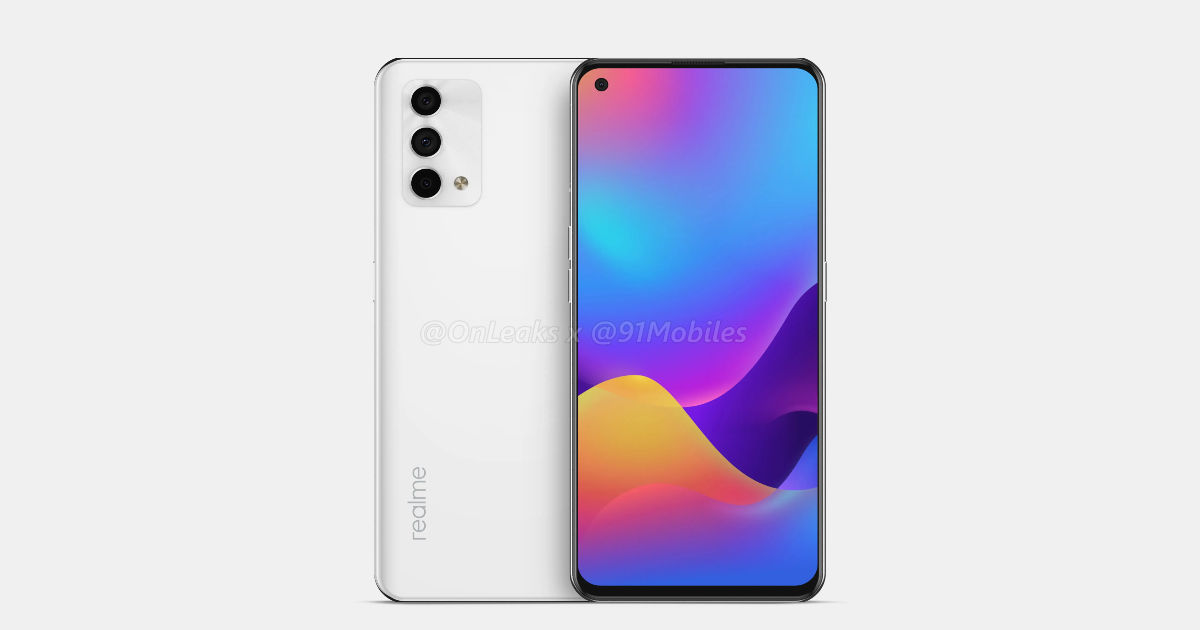 Realme GT Master Edition launch could be inching close as newer leaks are surfacing the internet every other day. Recently 91mobiles in association with OnLeaks had exclusively revealed the Realme GT Master Edition renders, price, and complete specifications, leaving little to the imagination. Now, the Realme phone has appeared on the Geekbench benchmarking platform with the model number RMX3366, as spotted by Mukul Sharma. It shows the phone has managed to score 1022 in the single-core round and 3054 points in the multi-core section, respectively. The listing reveals key Realme GT Master Edition specs, including the chipset, RAM, and Android version. 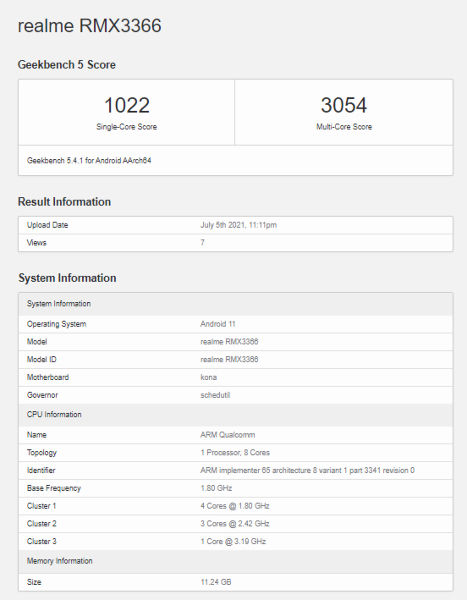 The Realme GT Master Edition Geekbench listing shows the phone will be powered by up to a 3.19GHz octa-core processor and the motherboard section mentions ‘Kona’ which is associated with the Snapdragon 870 SoC. While this is in line with an earlier report, OnLeaks told us that the phone would arrive with the Snapdragon 778 SoC. For this, we need to wait for the launch to see which chipset the phone is actually using. 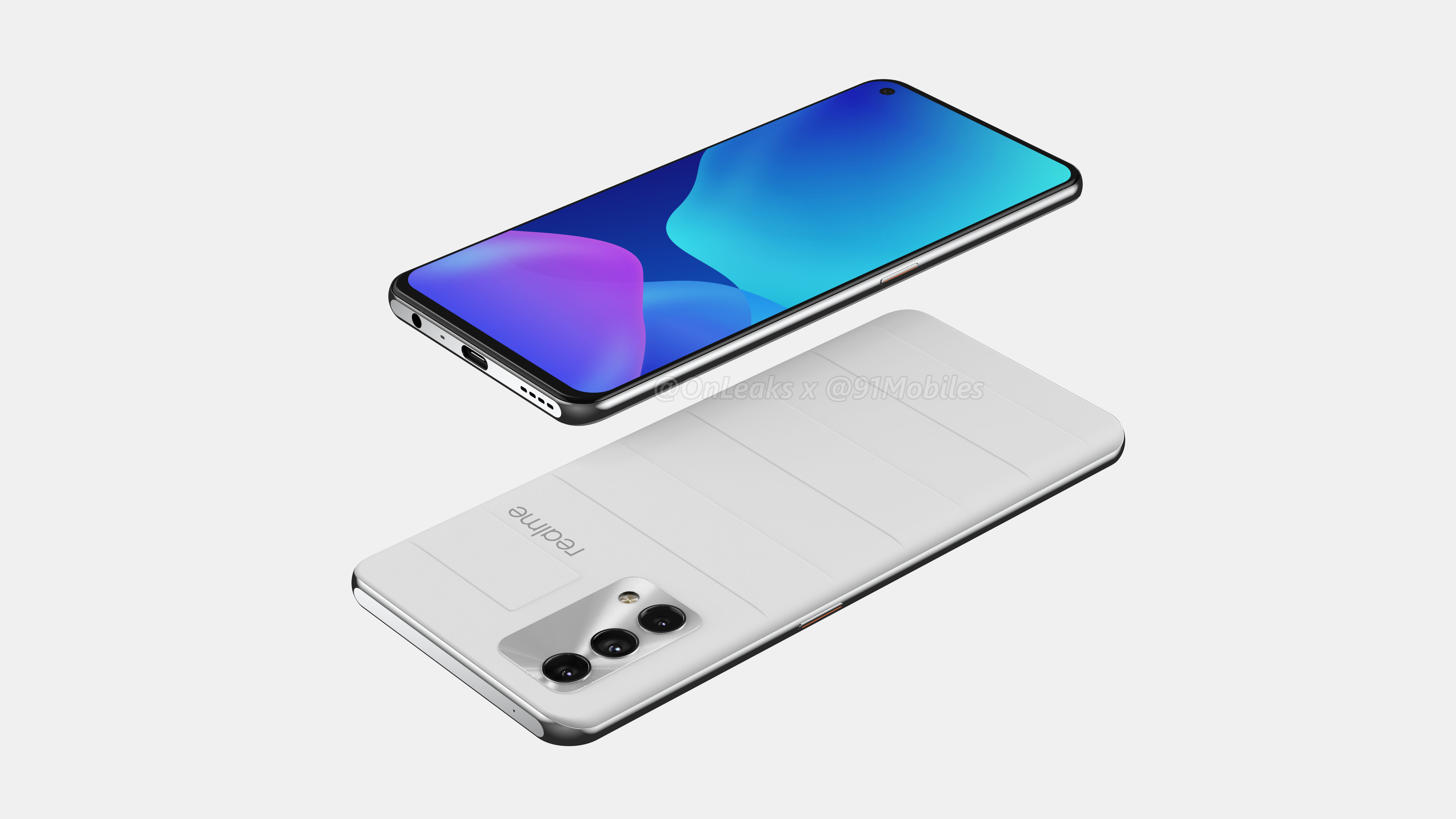 Realme GT Master Edition is said to sport a 6.43-inch FHD+ sAMOLED display with a 120Hz refresh rate and an in-display fingerprint sensor for security. The phone is expected to pack up to 12GB RAM and 256GB of storage that should be further expandable. It is said to boot Android 11-based Realme UI 2.0 custom skin and measures 8mm in thickness. Realme GT Master Edition is said to feature triple cameras on the back, with a 64MP primary sensor, an 8MP ultra-wide lens, and a 2MP depth sensor. The phone will have a 32MP snapper on the front for selfies and video chats and a 4,300mAh battery with 65W SuperDart fast charging support. We should learn more details about the Realme GT Master Edition going forward.