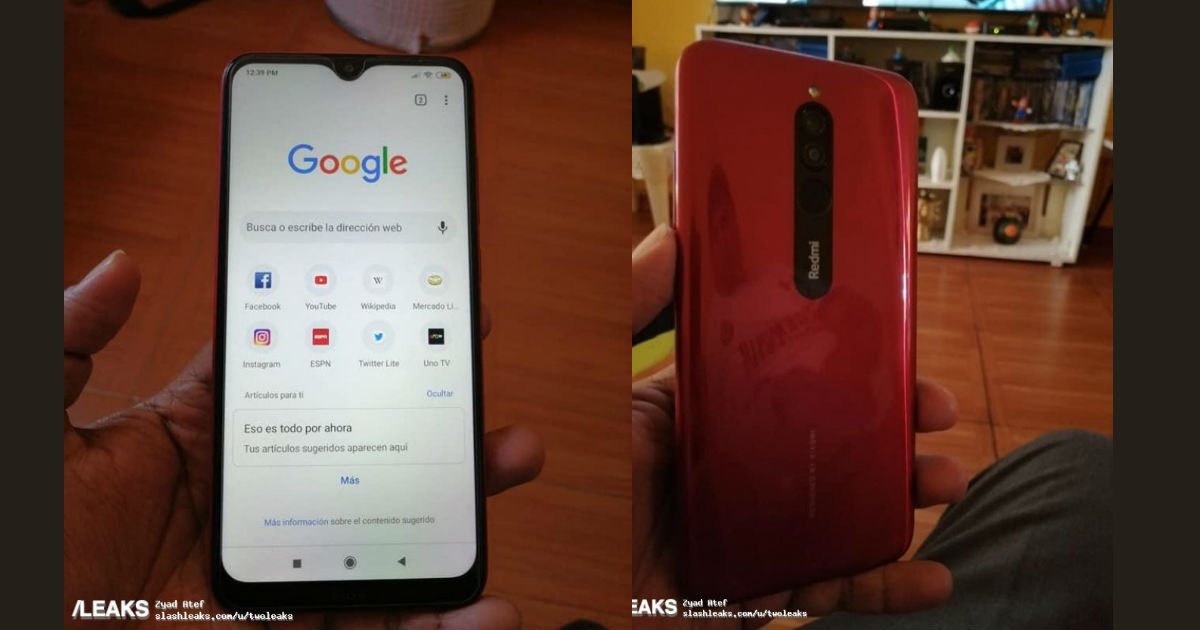 “The Redmi 8A seems to have glass layer atop the polycarbonate body, a dot-notch display, and dual rear cameras”

Redmi 8A has allegedly been leaked in all its glory. Real-life images of the upcoming budget-centric smartphone from Xiaomi have surfaced online, and the handset seems to be the successor of Redmi 7A. It’s also believed that the TENAA listing of the Redmi device spotted a few days ago could be of the Redmi 8A smartphone. The Redmi 8A could potentially be the first smartphone in the lineup to come with dual-rear cameras. The handset also seems to have a dot-notch display instead of an 18:9 aspect ratio as seen on its predecessor and a glass layer can be seen covering the back panel as well.

The leaked Redmi 8A comes in Red colour, with a black strip at the center of the back panel that houses a dual-camera setup, fingerprint scanner, and ‘Redmi’ branding. An LED flash is placed atop the camera module, while ‘designed by Xiaomi’ is etched below. The fascia of the handset has all display that bears a chin and a small cut-out up top for the selfie camera. It all looks very similar to the Redmi smartphone with model number M1908C3IC that was certified by the Chinese regulatory author TENAA. Notably, there the handset was spotted in black shade.

Furthermore, the leaked images revealed that the Redmi 8A will boot Android 9 Pie-based MIUI version 9.7.11 out of the box. The phone will rock Qualcomm’s 2.0GHz octa-core Snapdragon 439 under the hood aided by 4GB of RAM and 64GB onboard storage. The handset is likely to house a 6.2-inch HD+ display, a pair of 8-megapixel sensors at the back, and up to 512GB microSD card support to further expand its ROM. The entire setup is tipped to be driven by a mammoth 5,000mAh battery.

There is no launch date of the Redmi 8A smartphone yet; however, looking at all the leaks and rumours, we may expect it anytime soon. So stay tuned!