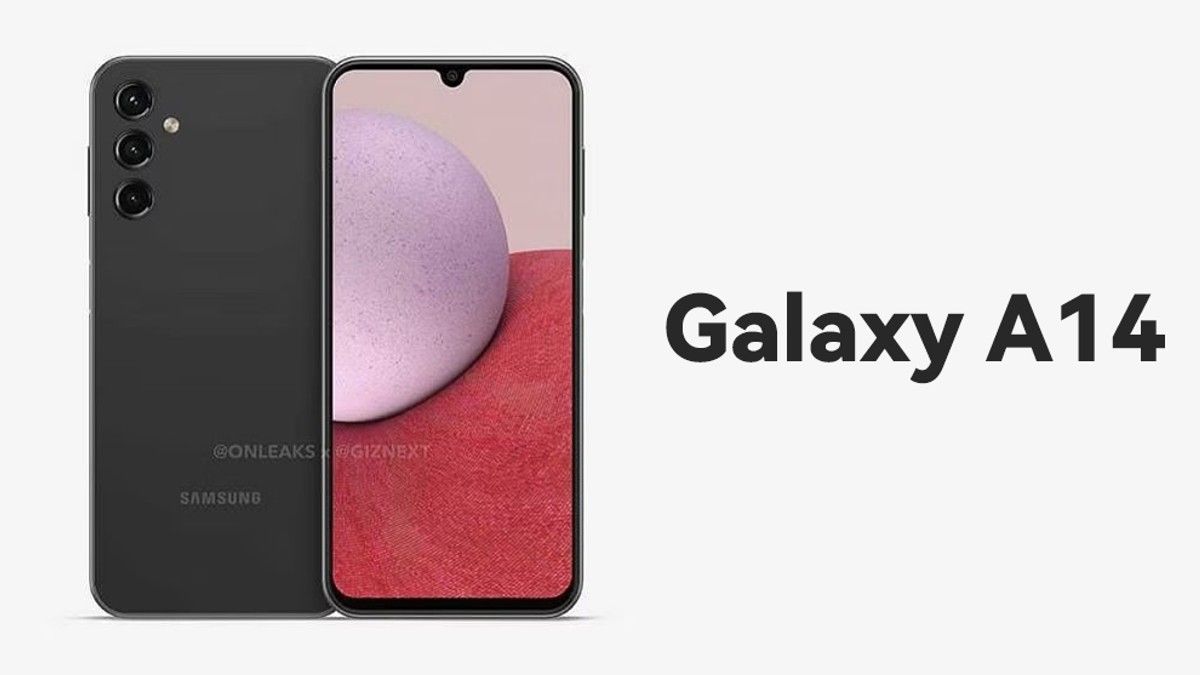 Samsung is expected to soon launch the successor to last year’s Galaxy A13, the Samsung Galaxy A14 5G. The upcoming phone appeared has appeared on benchmarking platform Geekbench, revealing SM-A146P as its model number and certain other key specifications. The 4G variant of the phone appeared on Geekbench earlier this month. Both the listings were spotted by MySmartPrice. The phone is further expected to arrive with two different processors.

As far as the Geekbench’s single-core and multi-core test results are concerned, the handset has scored 552 and 1,710 points respectively. Let’s have a look at the expected specifications.

The listing on Geekbench reveals ARM MT6833V/NZA processor as the processor for Samsung Galaxy A14 5G. The said chipset is correlated to the MediaTek Dimensity 700 SoC, which is said to be paired with a Mali G52 GPU onboard and based on a 7nm process. It has also been revealed that the smartphone will run on Android 13-based OS out of the box. The phone is further expected to ship with 4GB RAM and whether it will have more configurations with respect to RAM and storage will get answered at the launch. 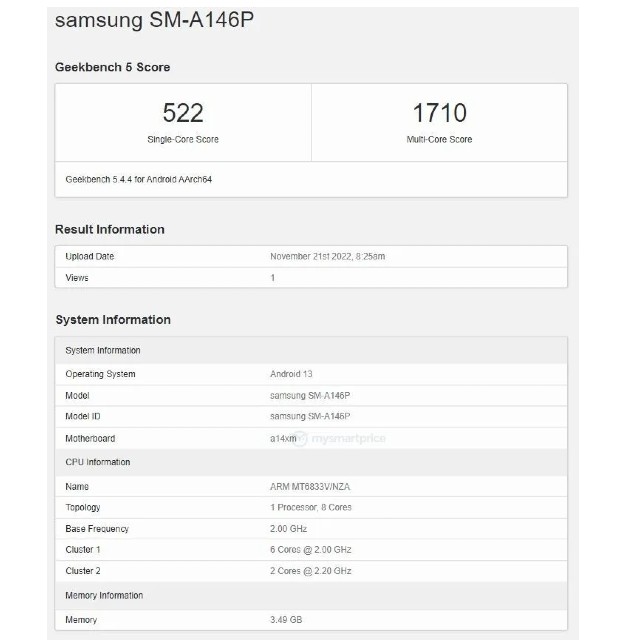 The South Korean tech giant is also rumoured to launch its Galaxy A14 5G in another chipset variant i.e., the Exynos chipset. Its model number is said to be SM-A146B and is alleged to run on Android 13 OS and be powered by Exynos 1330 processor with 4GB RAM.

Leaked renders of the Galaxy A14 suggest that the smartphone will flaunt a 6.8-inch LCD display featuring FHD+ resolution and come with a  U-shaped notch with the volume and power button placed on the right side. The phone is also said to have a fingerprint scanner and a 5,000mAh battery. Moving to optics, it will house three camera sensors at the back.

Samsung Galaxy A14 price in India

The company has not revealed any further information about any of the two variants of Samsung Galaxy A14. However, several reports suggest that the 4G variant of the upcoming handset would have a starting price of Rs 15,000, marking itself as an entry-level smartphone.