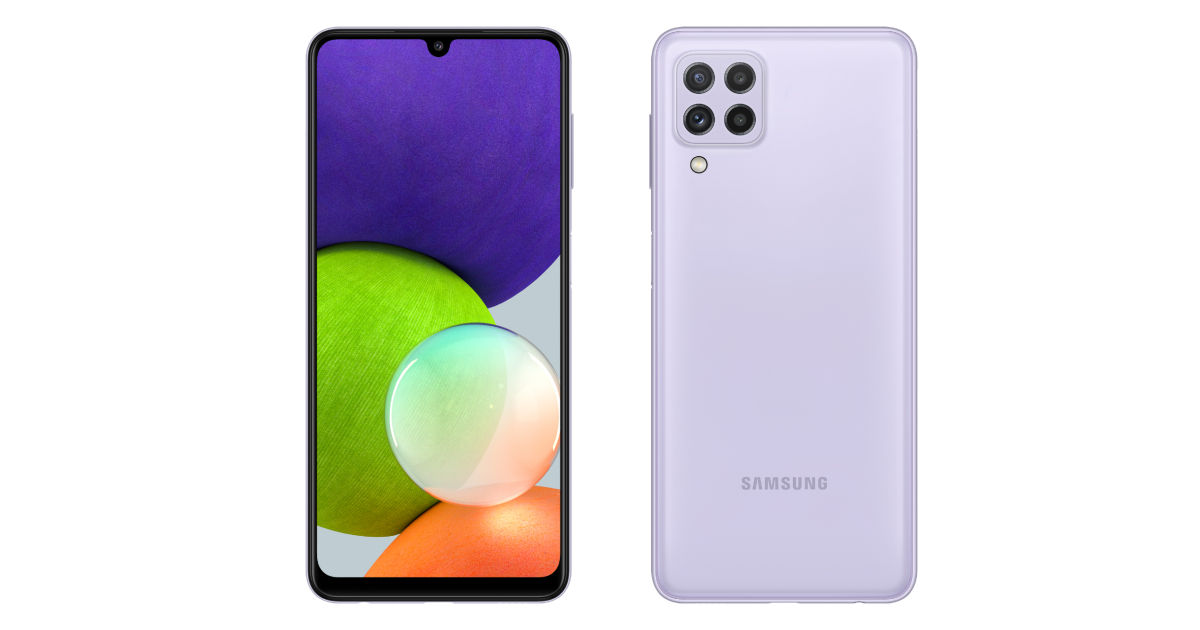 Samsung Galaxy A22 price in India has been revealed through offline retail sources. 91mobiles has learned that the phone is available through retail stores in India ahead of an official announcement. To recall, the Galaxy A22 went official in Europe in both 4G and 5G versions. Samsung is bringing the 4G variant to India. The Samsung Galaxy A22 India price has been revealed through an official poster, which also reveals the phone’s specifications. Key specs include a 90Hz AMOLED display, MediaTek Helio G80 chipset, 48MP quad rear cameras, and a 5,000mAh battery.

Samsung Galaxy A22 price in India 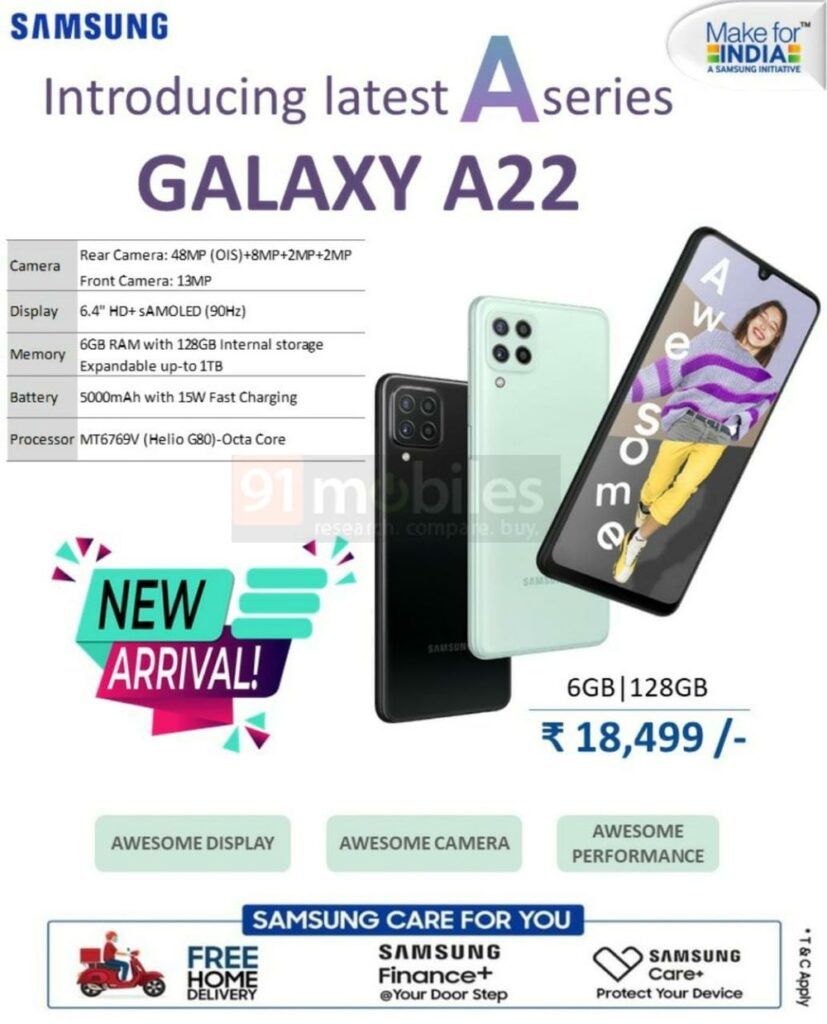 Samsung Galaxy A22 price in India is set at Rs 18,499 and it comes with 6GB RAM and 128GB internal storage. There is no word on launch offers, but the poster reveals the Samsung Care package that includes free home delivery, Samsung Finance+, and Samsung Care+. As mentioned earlier, the phone is currently being sold through offline retail stores and Samsung is yet to reveal online availability details.

Samsung Galaxy A22 features a 6.4-inch HD+ sAMOLED display with a 90Hz refresh rate. The 4G model is powered by the MediaTek Helio G80 chipset paired with 6GB RAM and 128GB internal storage. The handset should run Android 11-based One UI 3.1 out of the box. The phone comes with a square-shaped rear camera module and a side-mounted fingerprint sensor.

The Samsung Galaxy A22 is equipped with a 48MP primary rear camera accompanied by an 8MP wide-angle lens and two 2MP sensors for macro and depth. The U-shaped notch on the front houses a 13MP front-facing camera. Samsung Galaxy A22 packs a 5,000mAh battery and supports 15W fast charging. Connectivity features include dual-band Wi-Fi ac, Bluetooth v5.0, GPS, and a USB Type-C port.