“The Samsung Galaxy A9 Pro offers some not-so-mainstream specs like a 6-inch display and a 5,000mAh battery”

Earlier a brand better known for its premium smartphones, Samsung now has compelling options scattered over the entire price spectrum. With its J series and On series in the budget segment, and the Galaxy S and Note series in the premium segment, the Korean giant enjoys a huge fan base in India. 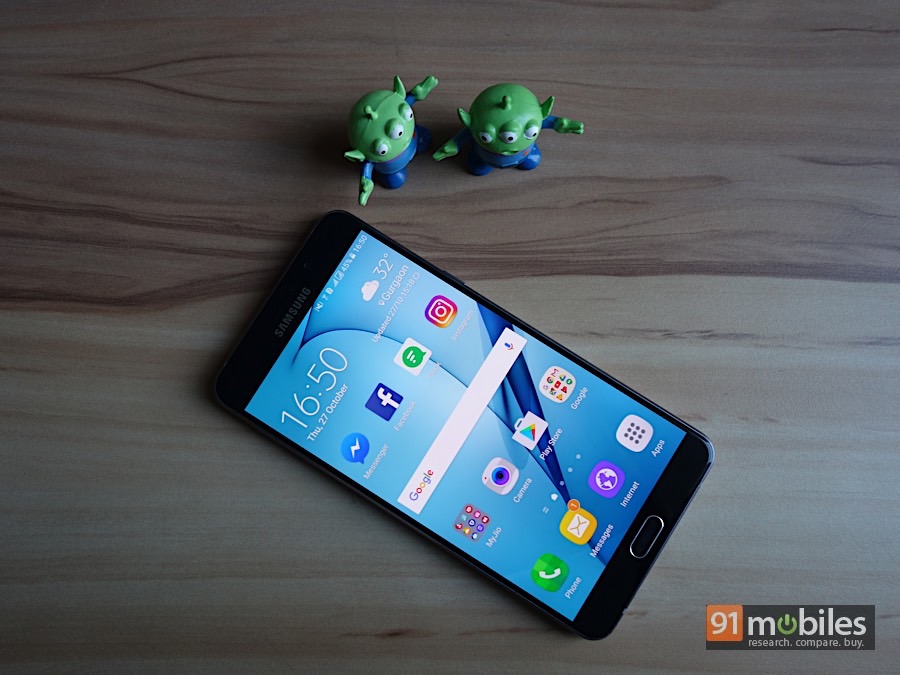 Recently, somewhere in the middle of the two aforementioned segments, the company launched the Samsung Galaxy A9 Pro, which offers some not-so-mainstream specs like a 6-inch display and a 5,000mAh battery. For Rs 32,490, does it make sense for you to buy this phablet? Read on to find out.

Design: Beautiful But Not Practical 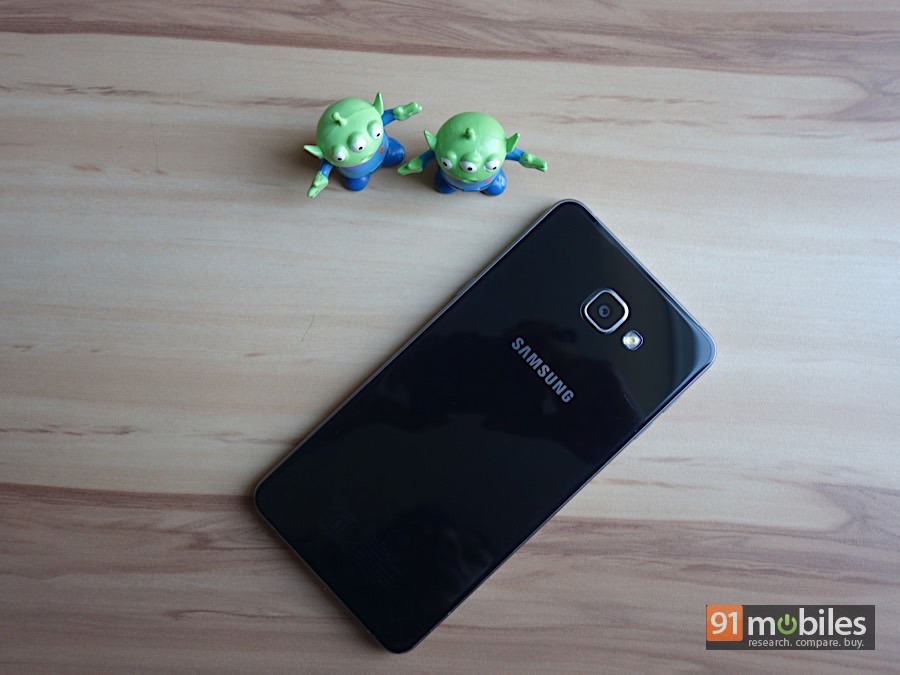 One of the bulkiest smartphones we’ve come across lately, the Samsung Galaxy A9 Pro weighs 210 grams. While we understand that most of it is a repercussion of the huge battery, the weight, the thick build, and the huge display don’t work in the favour of the device and handling becomes a big issue. That said, the phone looks rather stunning. 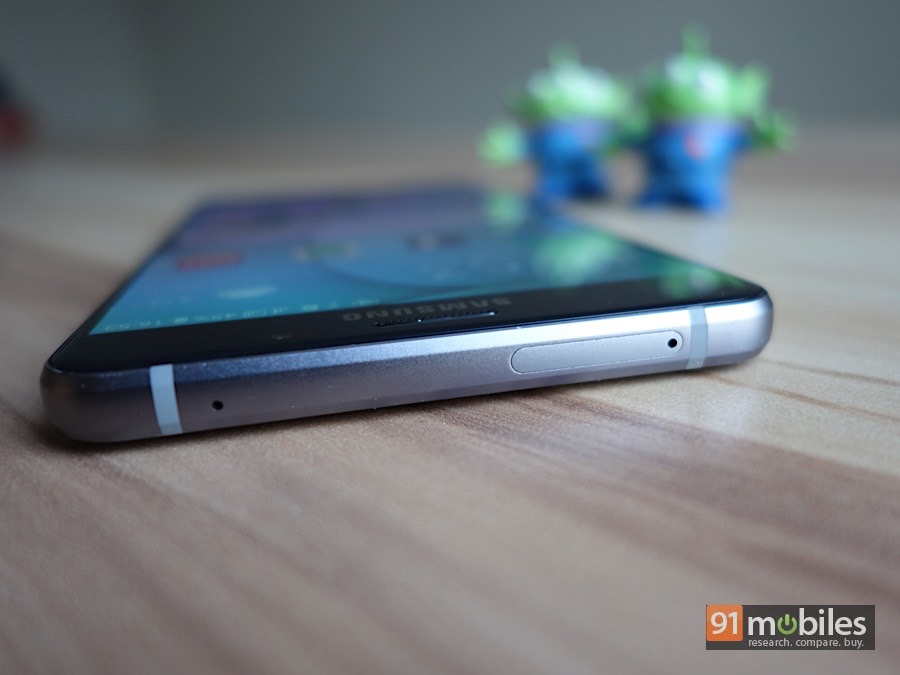 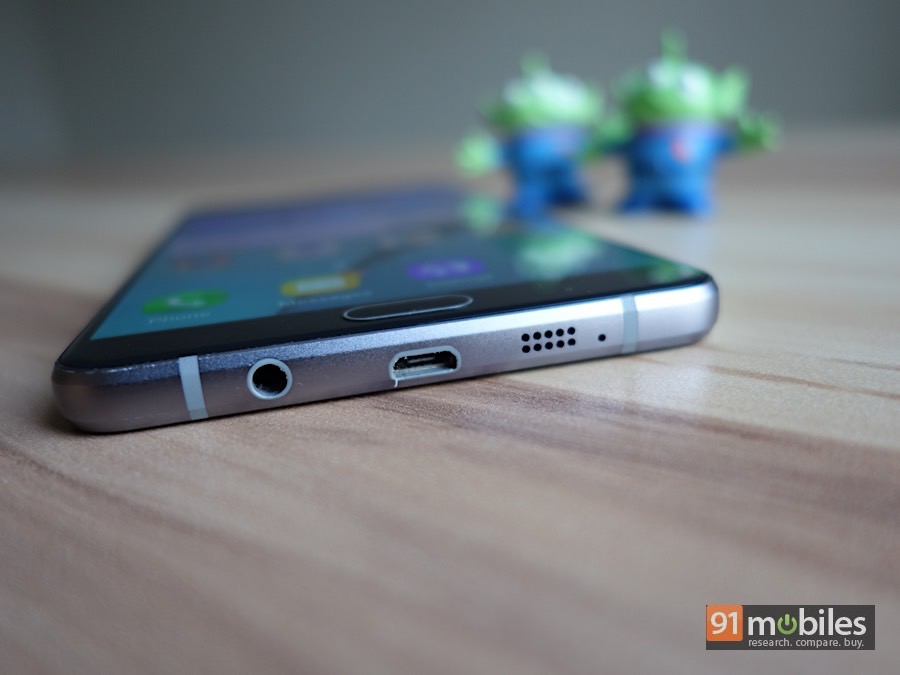 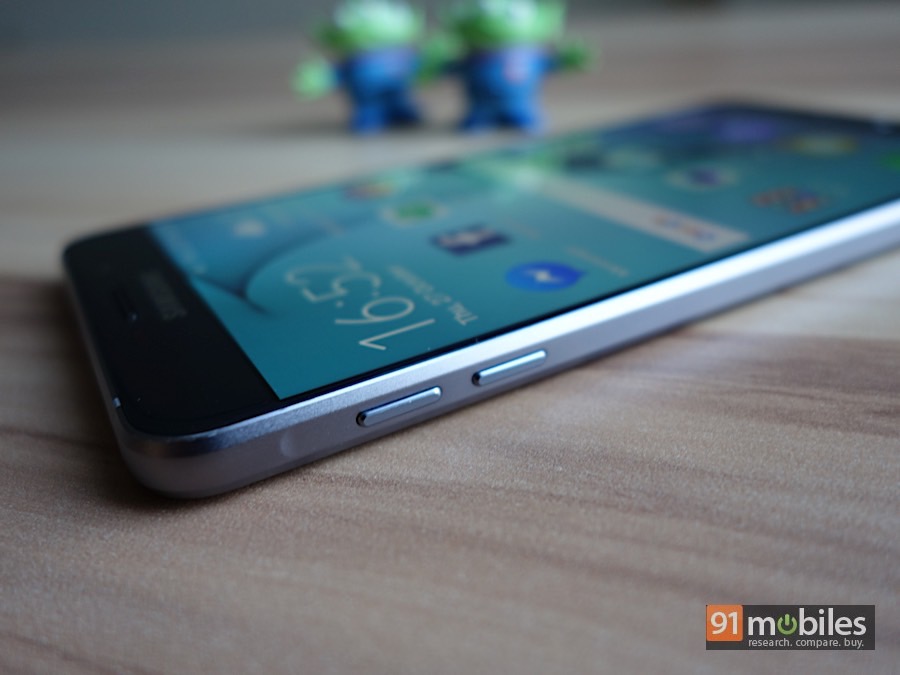 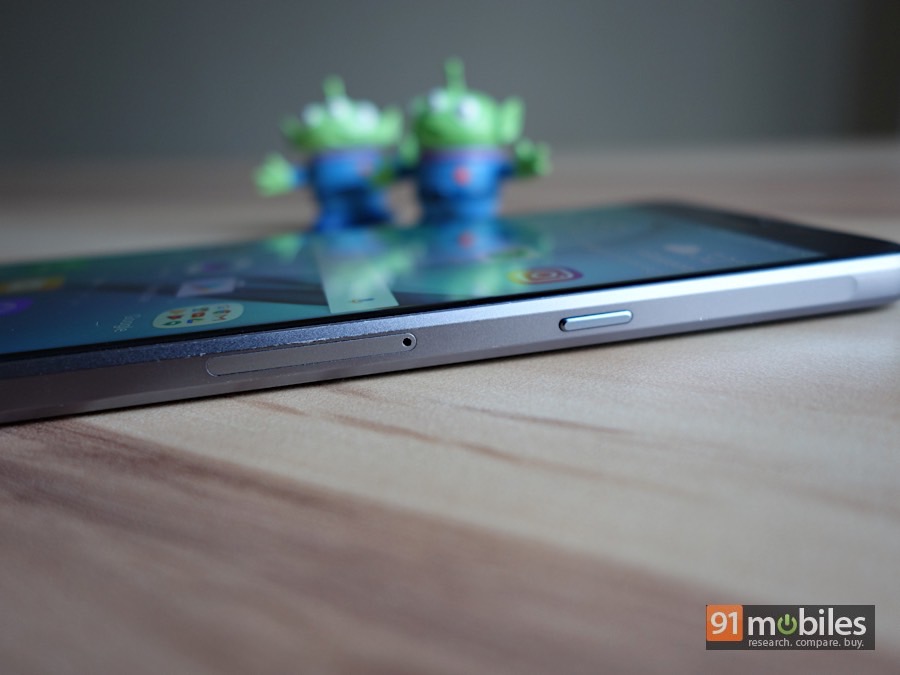 There’s metal sandwiched between glass on the A9 Pro which leaves nothing to complain about except for the slightly boxy design. While the smartphone does look elegant, some more pronounce chamfering on the edges and slight curves on the back might have made the A9 Pro more ergonomic in terms of handling. The phablet does feel quite slippery too. The phone is beautiful to look at, but that’s where it ends. You’ll find the ports and buttons in their usual places on this phone. 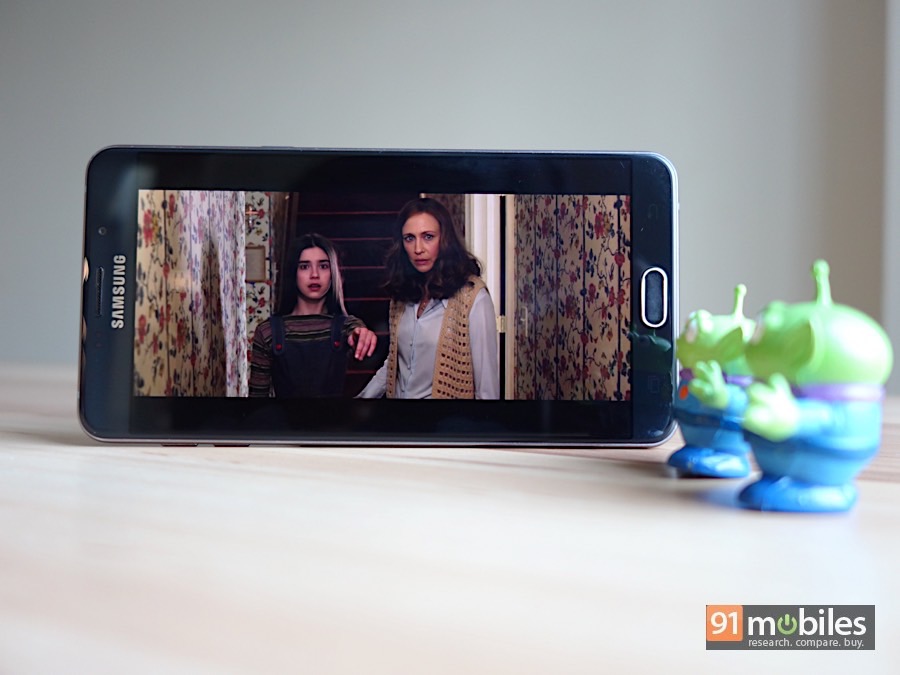 While a ppi count of 367 sounds like something one can work with, in theory, the full HD resolution resulting in this count on the A9 Pro does not do justice to the phone’s 6-inch screen. You won’t be discerning pixels at first glance, but the screen definitely doesn’t look as sharp as we’d have liked. Being a Super AMOLED display, the colours look rich but you’ll be able to see a prominent tint of yellow all over. The colours can be changed as the display settings give four options viz. Basic, AMOLED photo, AMOLED cinema, and Adaptive display. AMOLED cinema is the closest you can get to a neutral screen. The viewing angles are great, and so are the brightness levels. No matter kind of lighting you’re in, you’ll be able to operate the screen easily. The touch response is delightful and overall, the A9 Pro has got a decent display. 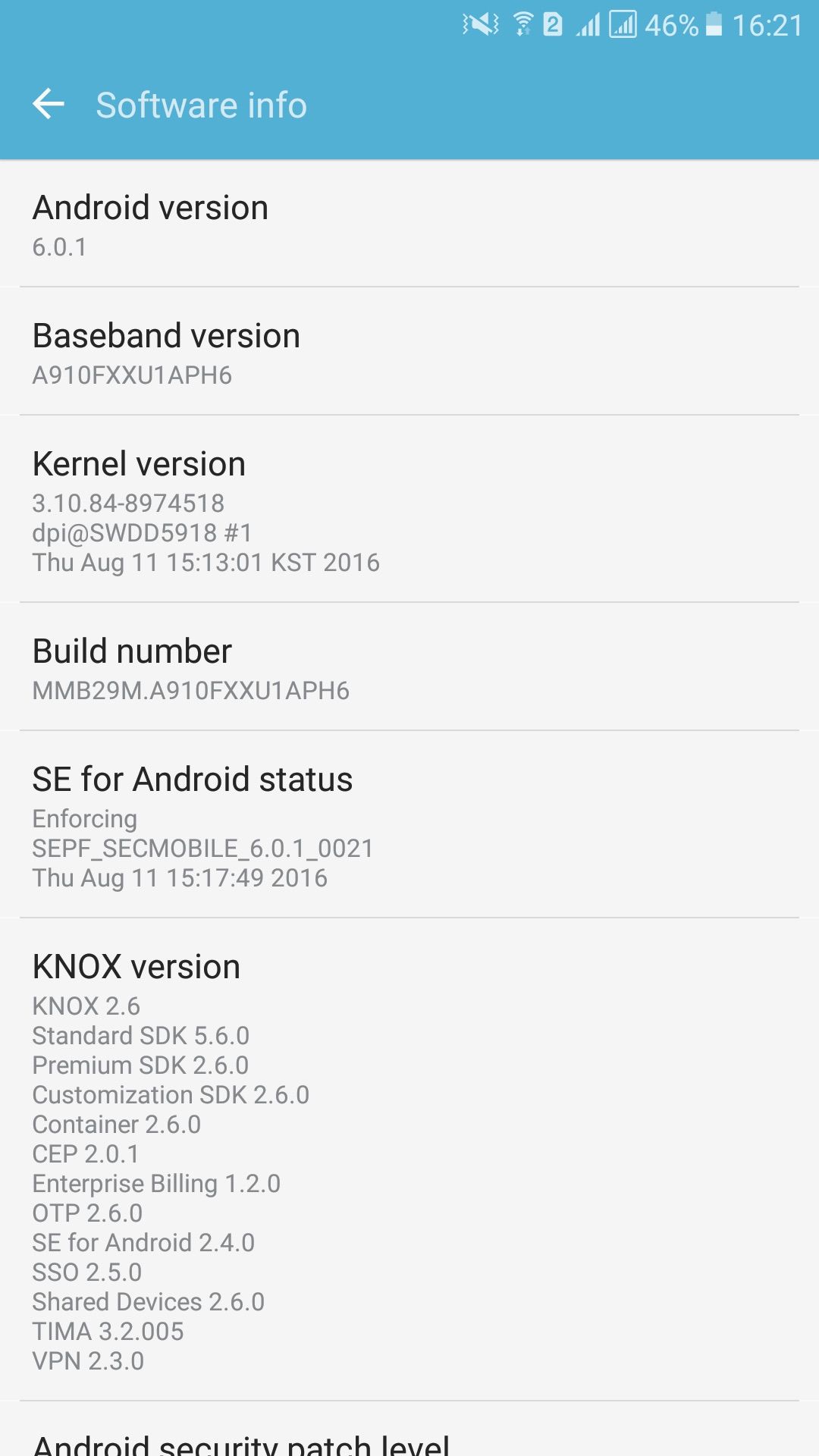 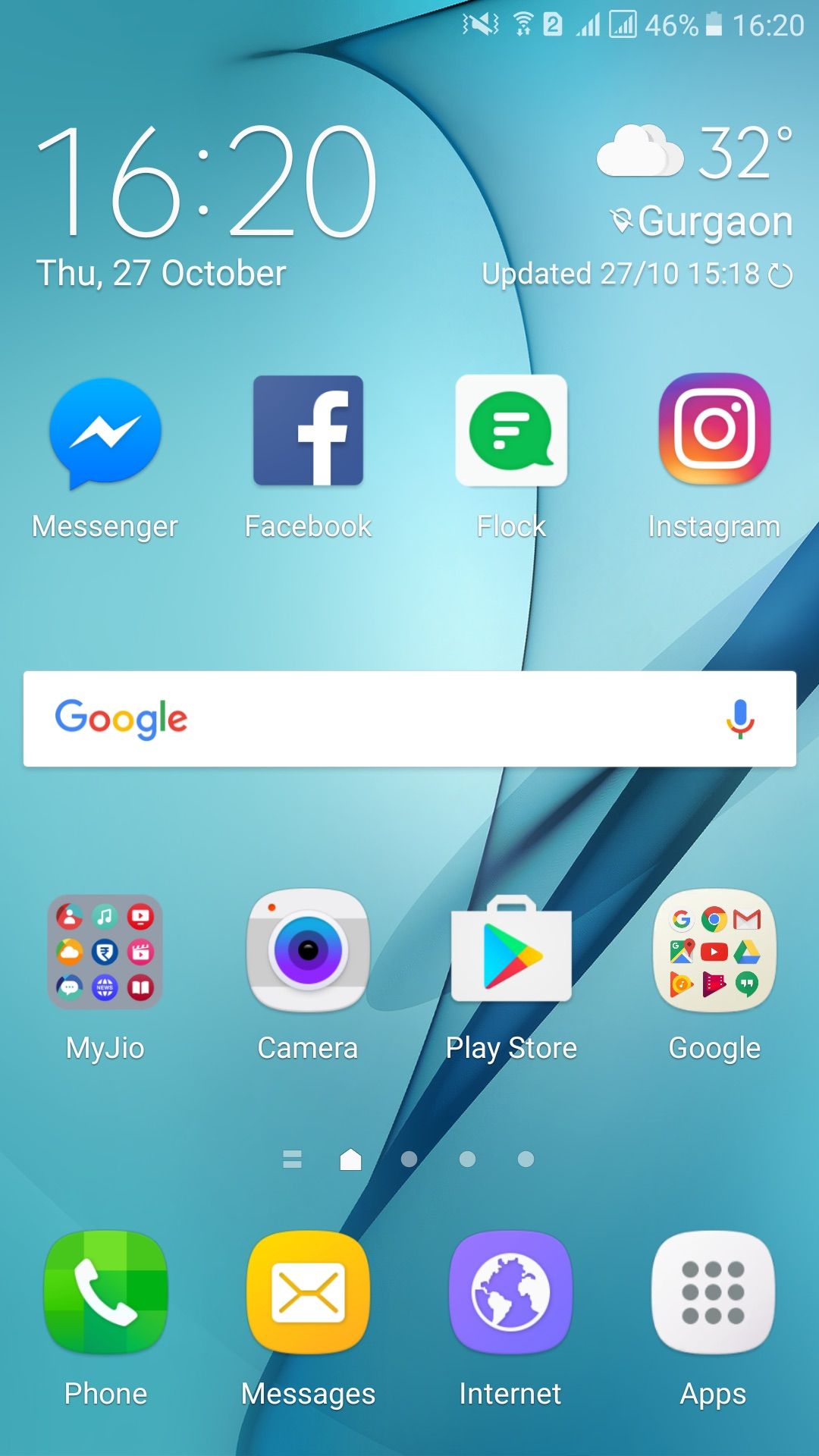 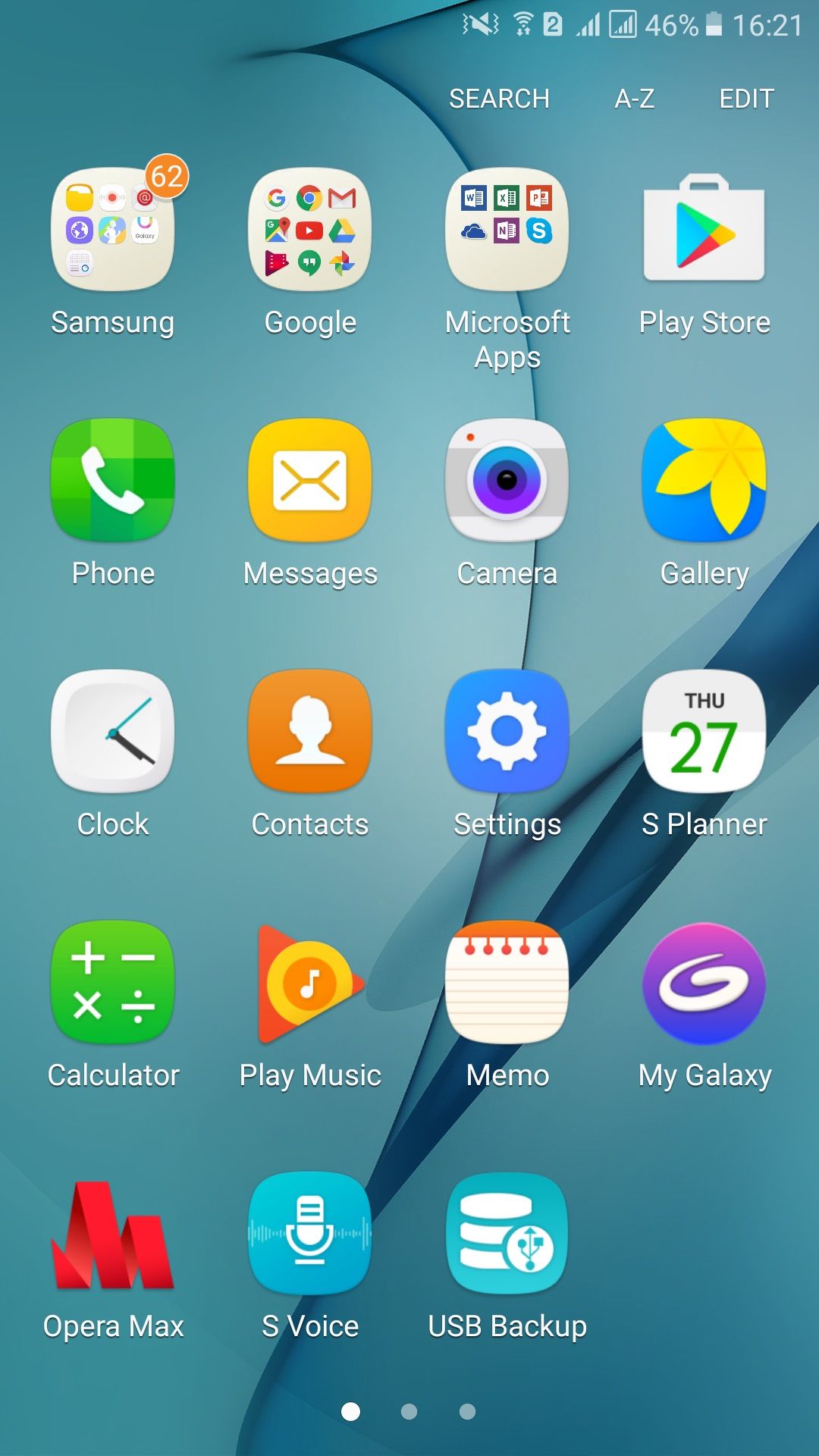 The essence of the software remains the same with TouchWiz being the platform of choice. Briefing by Flipboard and Samsung’s classic icon pack are there as usual. Samsung’s Ultra Data Saving and Ultra Power Saving modes are old news as well. So we’ll tell you what’s new. The A9 Pro is not as bloatware-free as some of the other offerings we’ve seen from Samsung lately. Applications like USB Backup, My Galaxy, Studio, Sensor Box for Android, Any.do, SnapVPN are not exactly useful but you do get them preloaded on the A9 Pro. There’s Opera Max browser as well, but that’s used with the phone’s Ultra Data Saving mode to compress data usage. That said, all the aforementioned applications can be uninstalled. 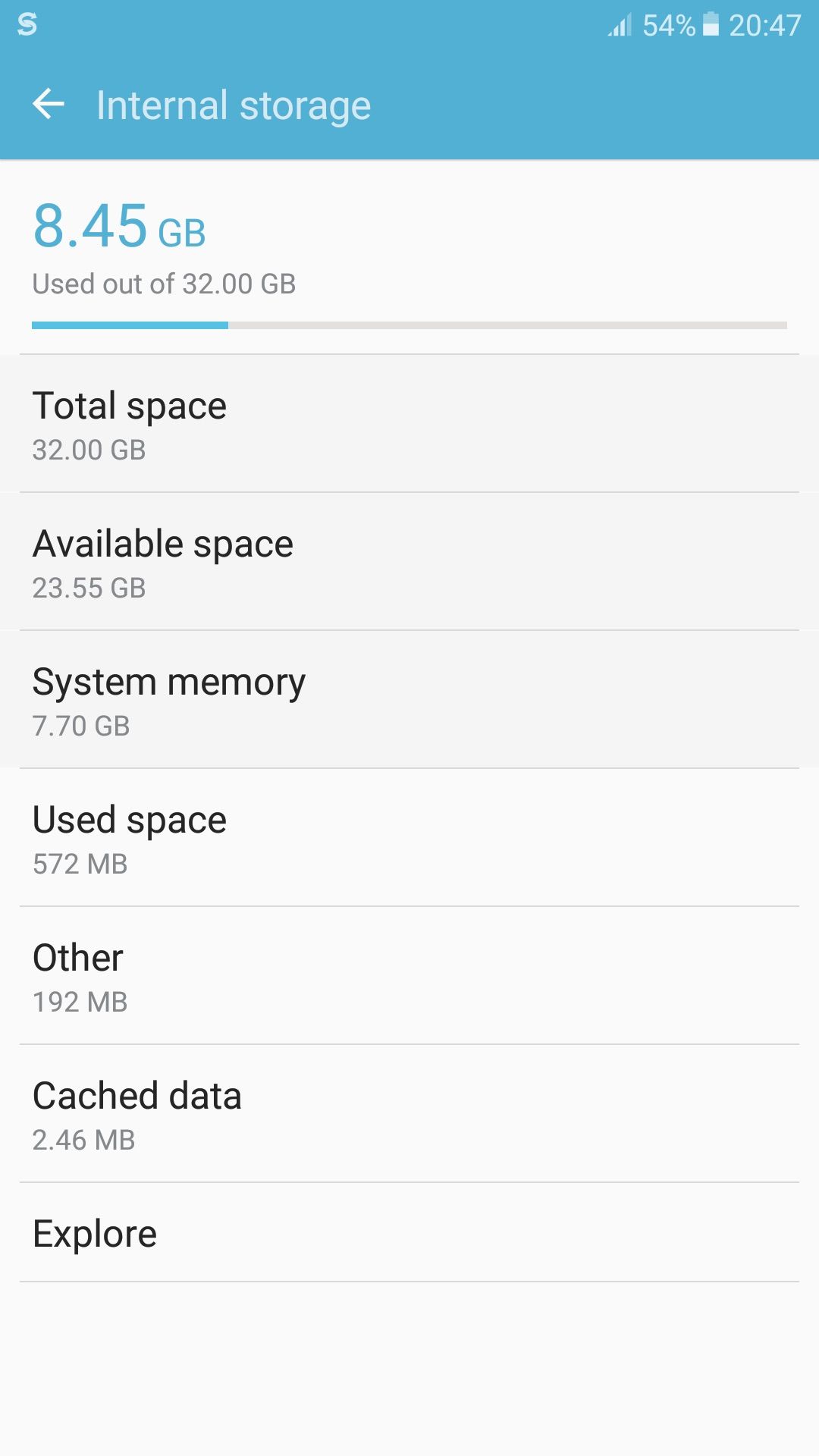 The fingerprint sensor on the device is accurate but slow. You will notice a significant time difference between you pressing on to the home button, which in fact doubles as a fingerprint sensor, and the device unlocking. The built-in storage is 32GB, out of which you get approximately 25 gigs for your personal use.

Cameras: A Medley Of Good And Bad 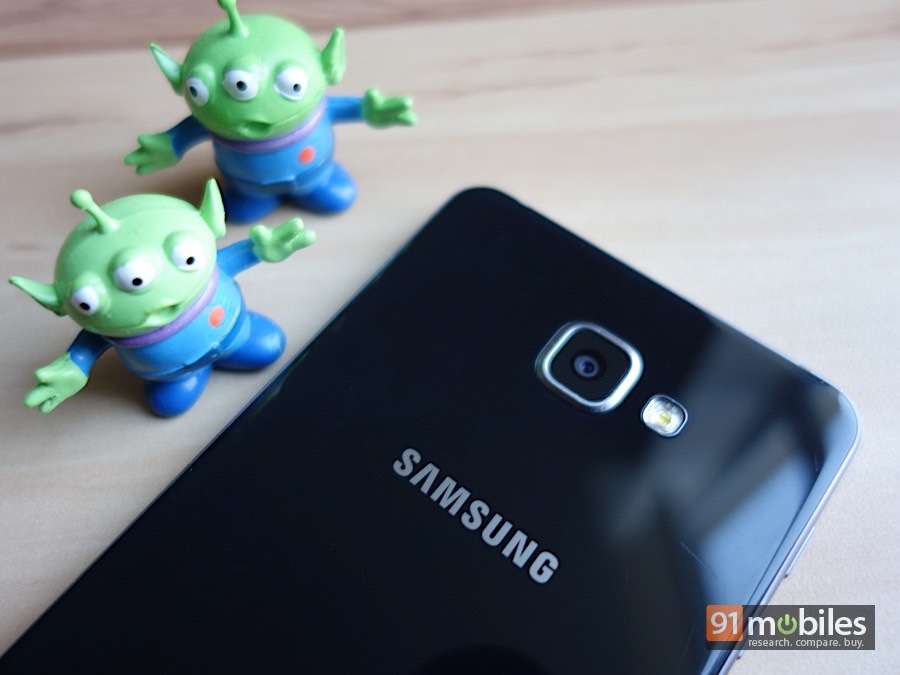 The default camera app on the Galaxy A9 pro does not need any introduction. It has the same bunch of shooting modes, filters, and camera settings as you must have seen on any Marshmallow running Samsung device. 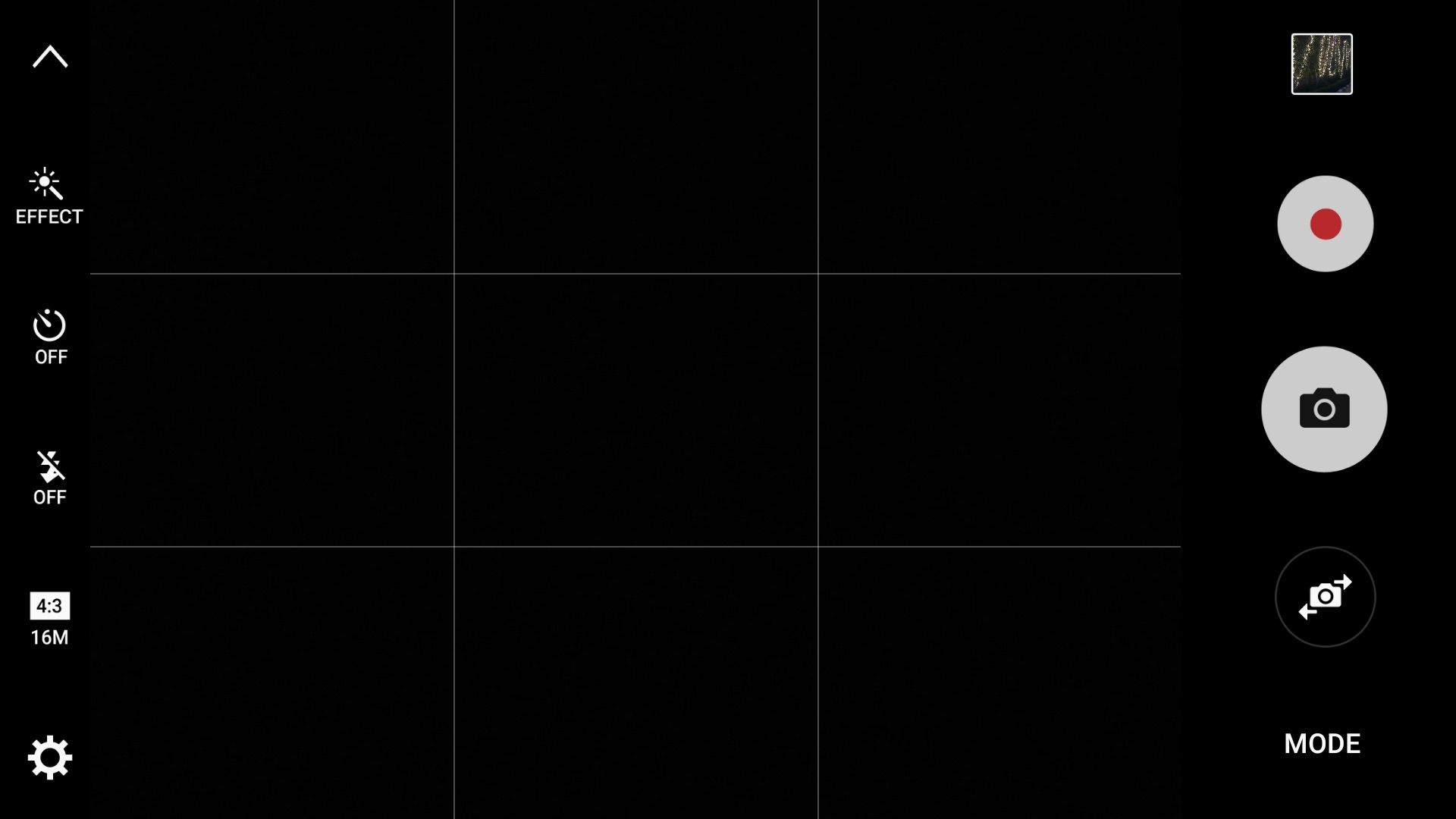 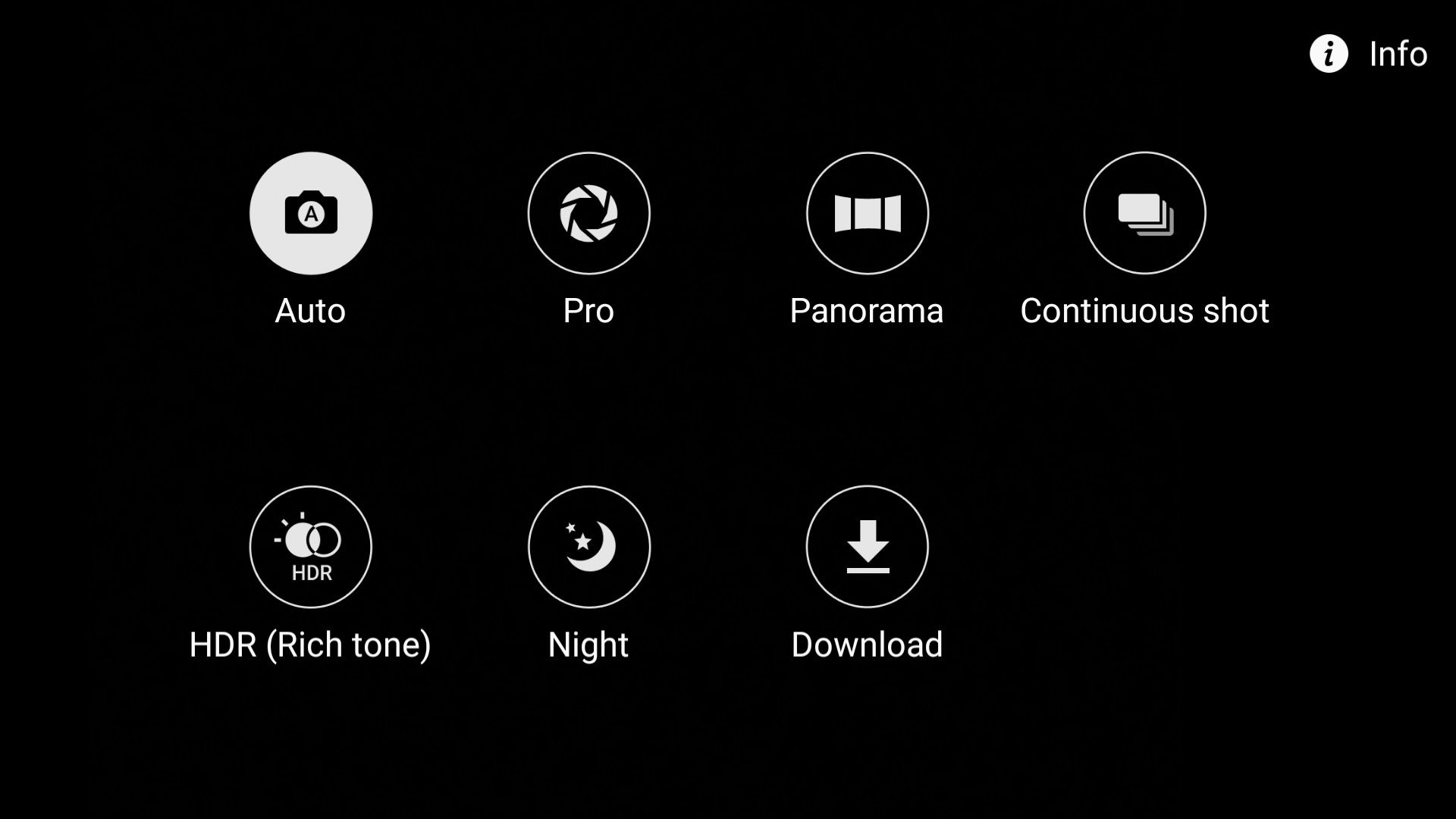 The phone focusses quickly for the most part but your patience will be tested while clicking some macro shots. The shutter speed lies somewhere between good and great, tending more towards good. Talking about the output, the Samsung Galaxy A9 Pro’s cameras are a mixed bag. While the colour reproduction was near perfect and the colours turn out really rich, the camera seems to struggle in capturing details.

Zooming into all images clicked by the device, be it landscape shots, close-ups, low light or night shots, you’ll find a lot of noise. The night shots were especially disappointing. Selfies turn out great in most lighting conditions but the beautification on the A9 Pro looked a little gimmicky. To sum it up, the cameras on the A9 Pro will suffice for the most part, but it’s not something you spend Rs 32,490 on. Below are a few shots clicked by the primary camera of the Galaxy A9 Pro. 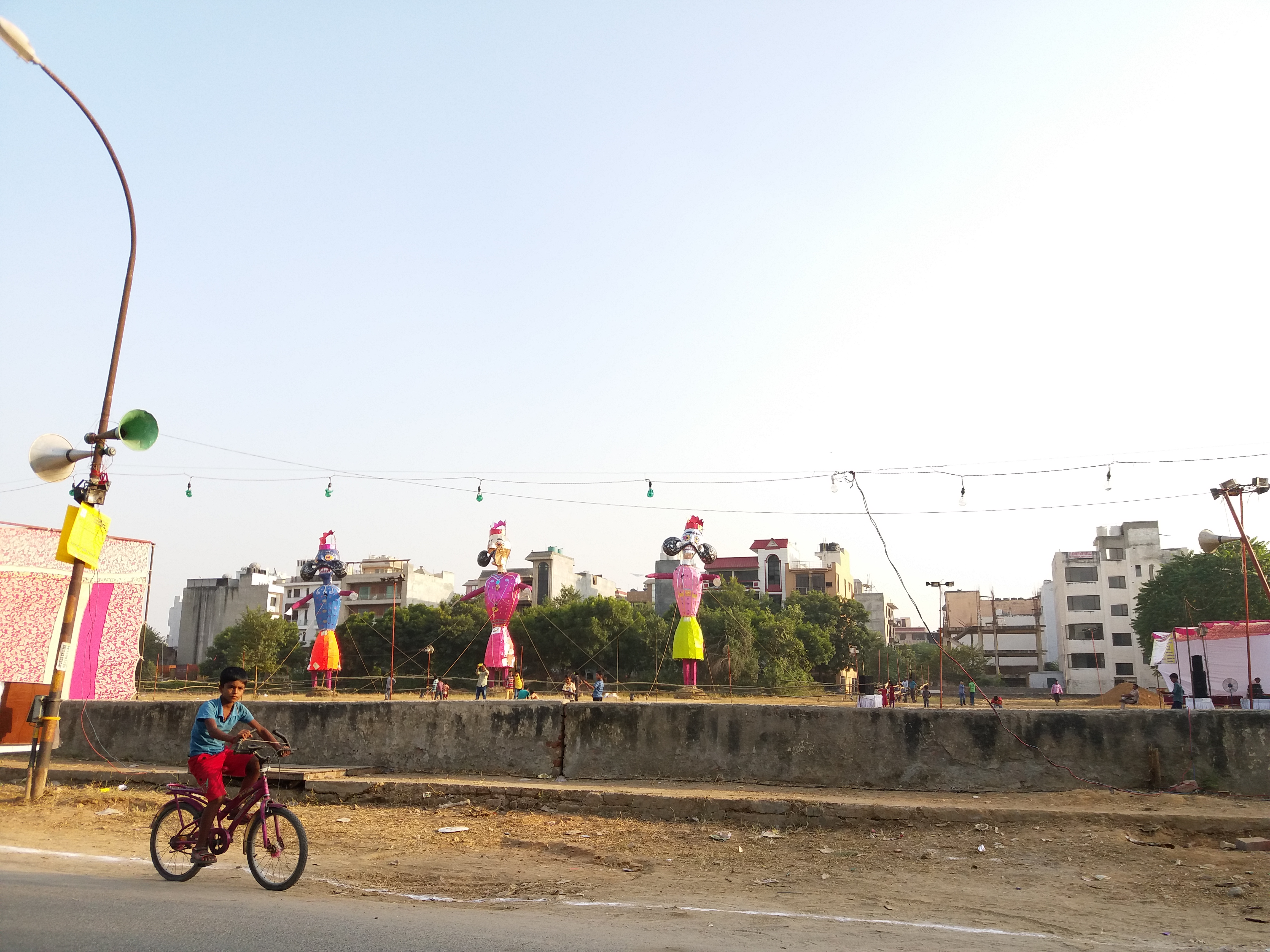 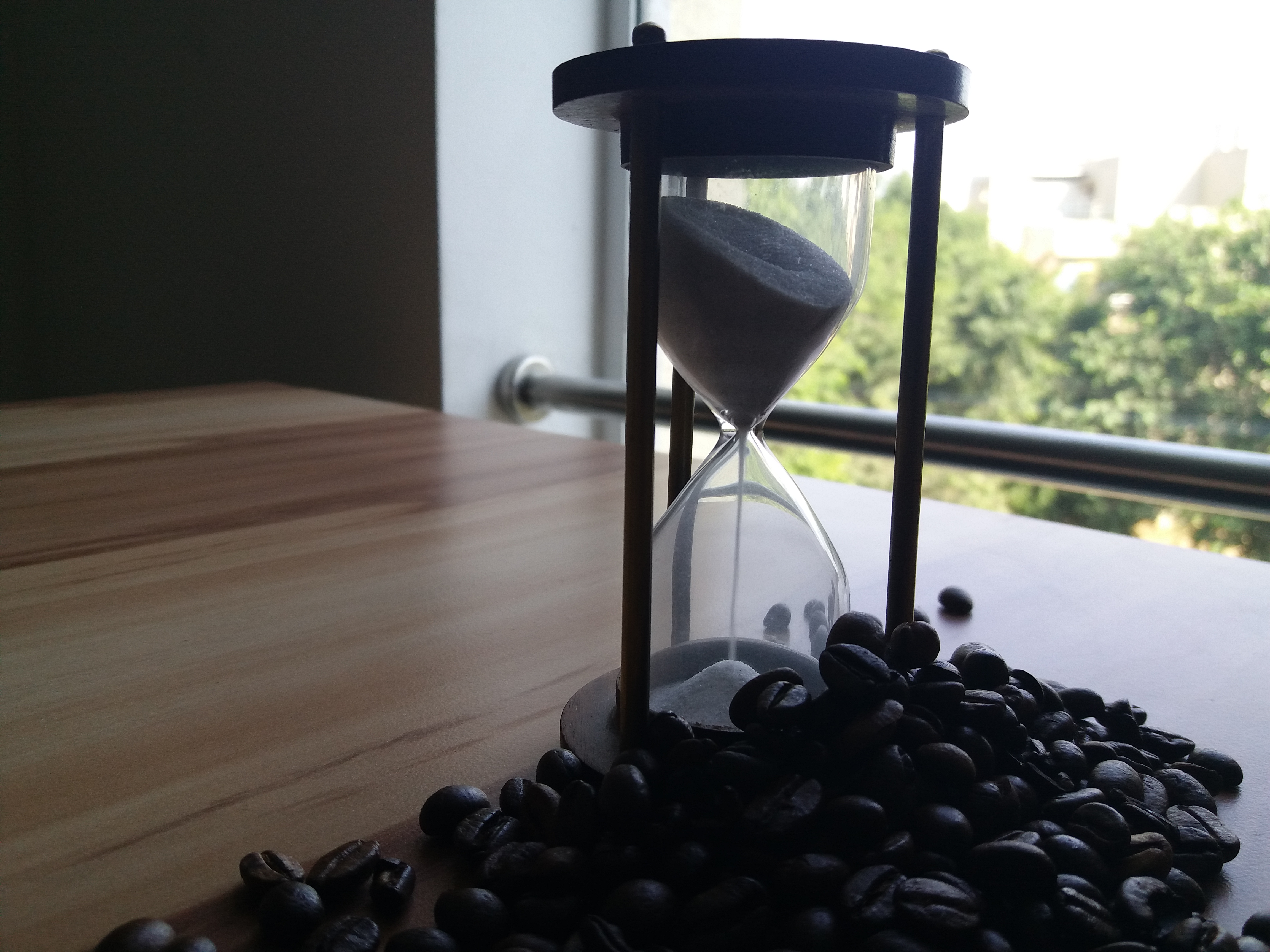 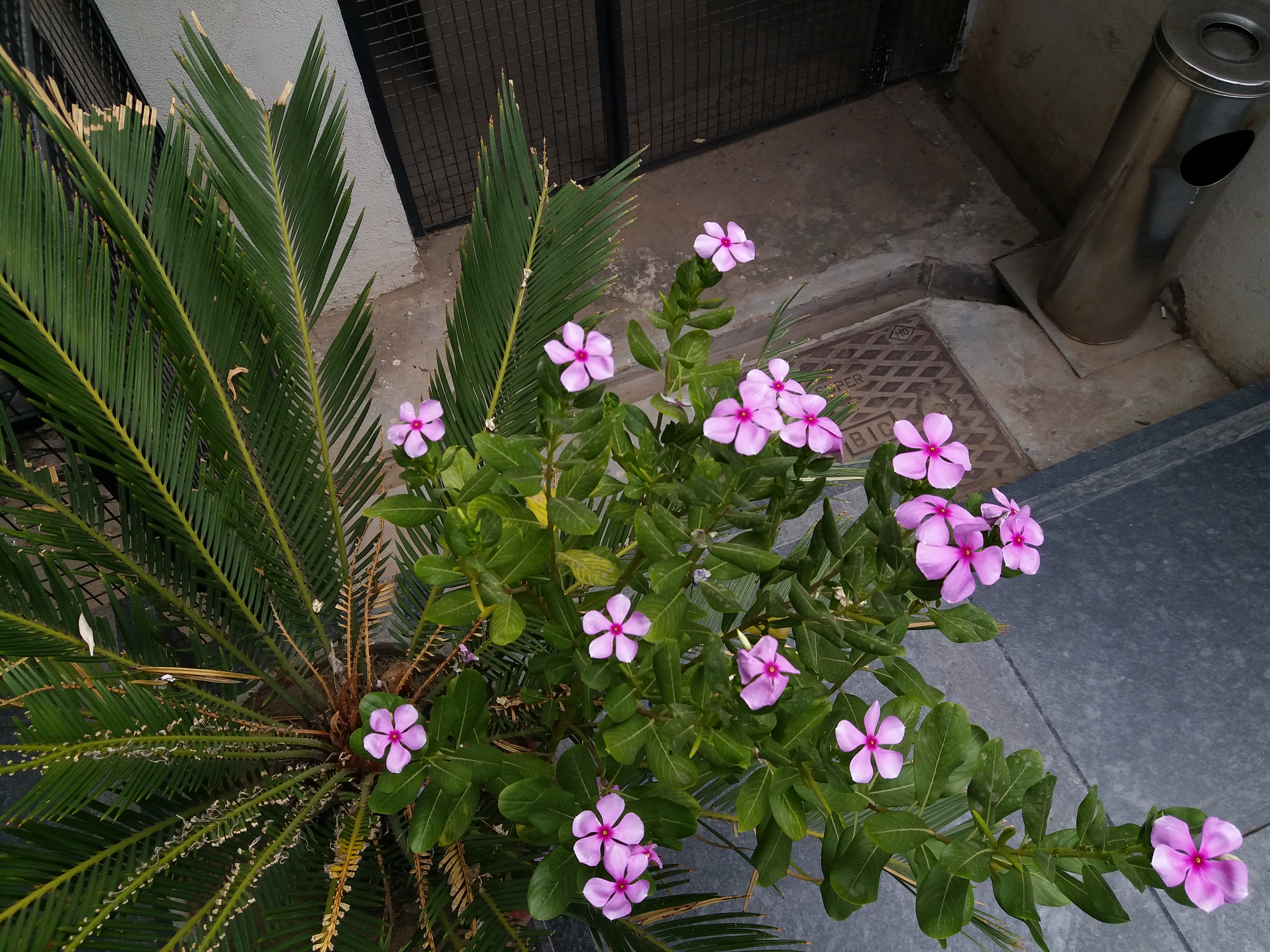 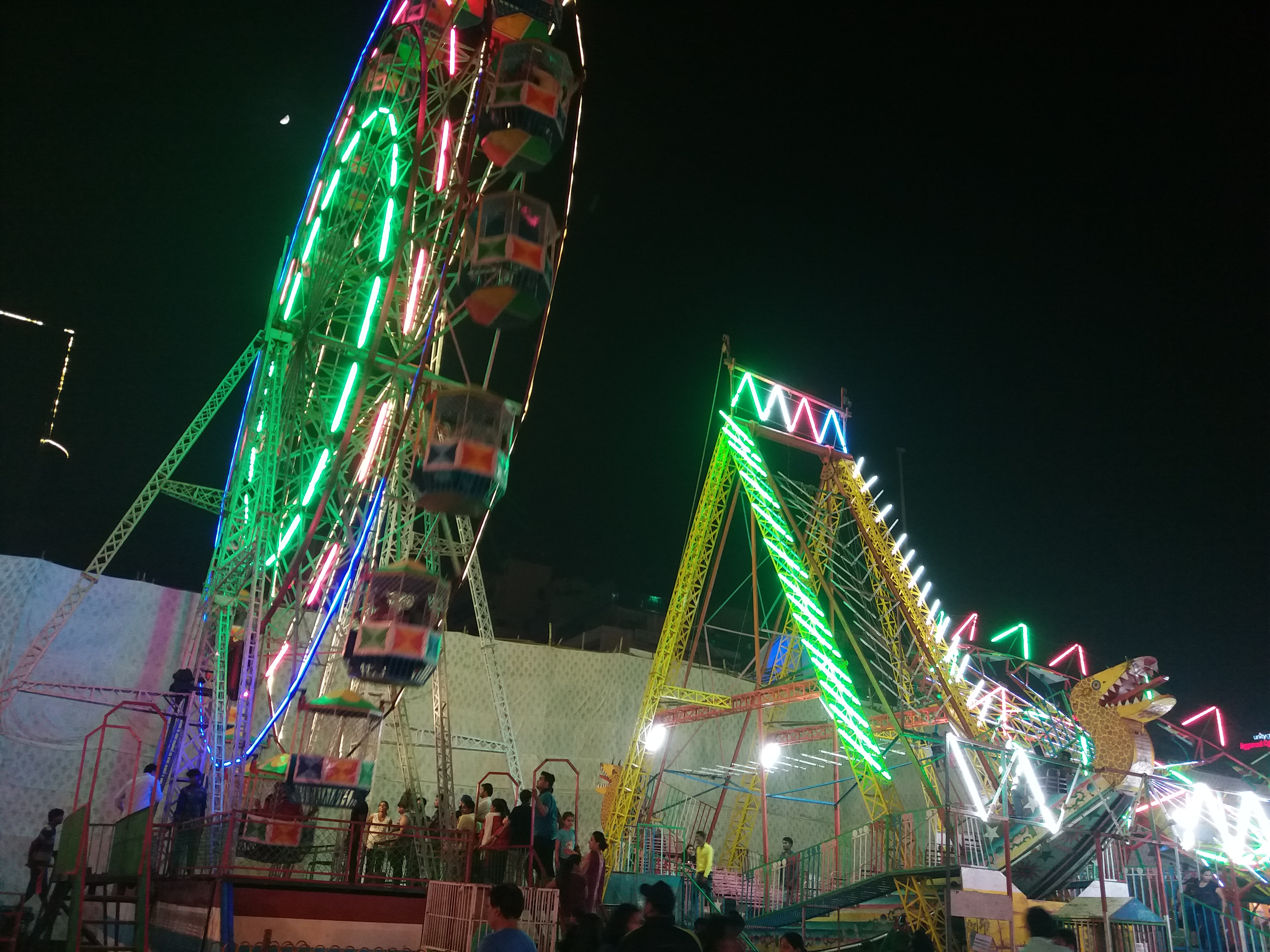 Performance and Battery: The Good And The Great 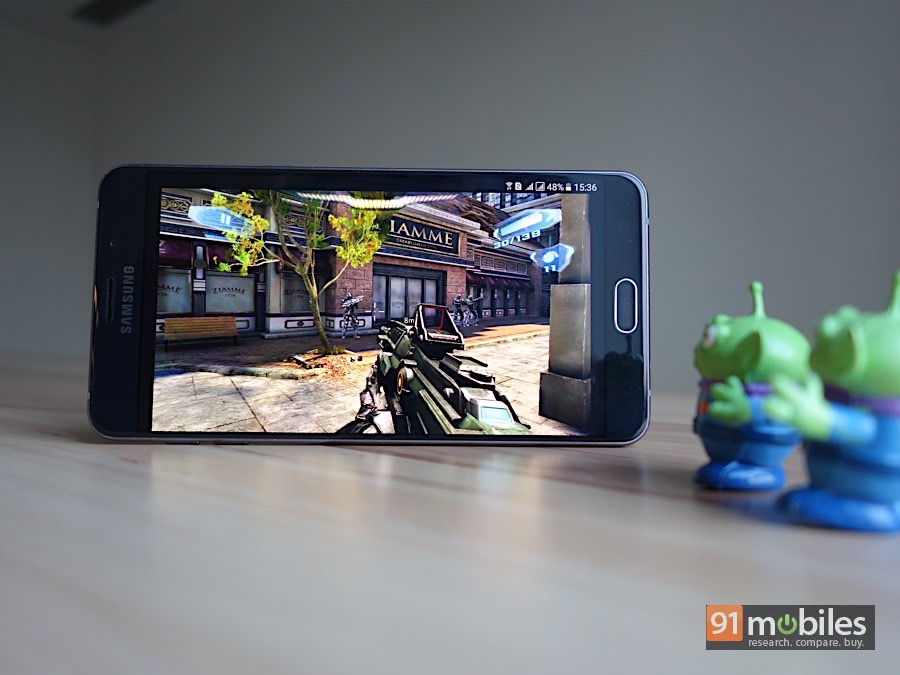 Powered by a Qualcomm Snapdragon 652 chip the A9 Pro handles everyday use like a pro. You might see a few minor lags, but for most part the usage will be buttery smooth. Jumping on to heavy use, we played titles like Asphalt 8: Airborne, Modern Combat 5: Blackout, and N.O.V.A. 3: Freedom Edition on the A9 Pro. The device starts warming up slightly after 30 to 45 minutes. However, you will start encountering lags and stutters way earlier than that. However, the phone did not heat up to uncomfortable levels at all. Overall, we’d say that multimedia experience on the A9 Pro will be delightful as it can get, but you might not want to go for it if you’re a hardcore gamer. Given that the phone comes with a 6-inch screen, we’d like to assume that the company meant it for users to consume content on the phone a little more than other things.

Apart from that, the call quality on the phone was average while we didn’t face issues in signal reception. The loudspeakers on the A9 Pro are sufficiently loud as well. 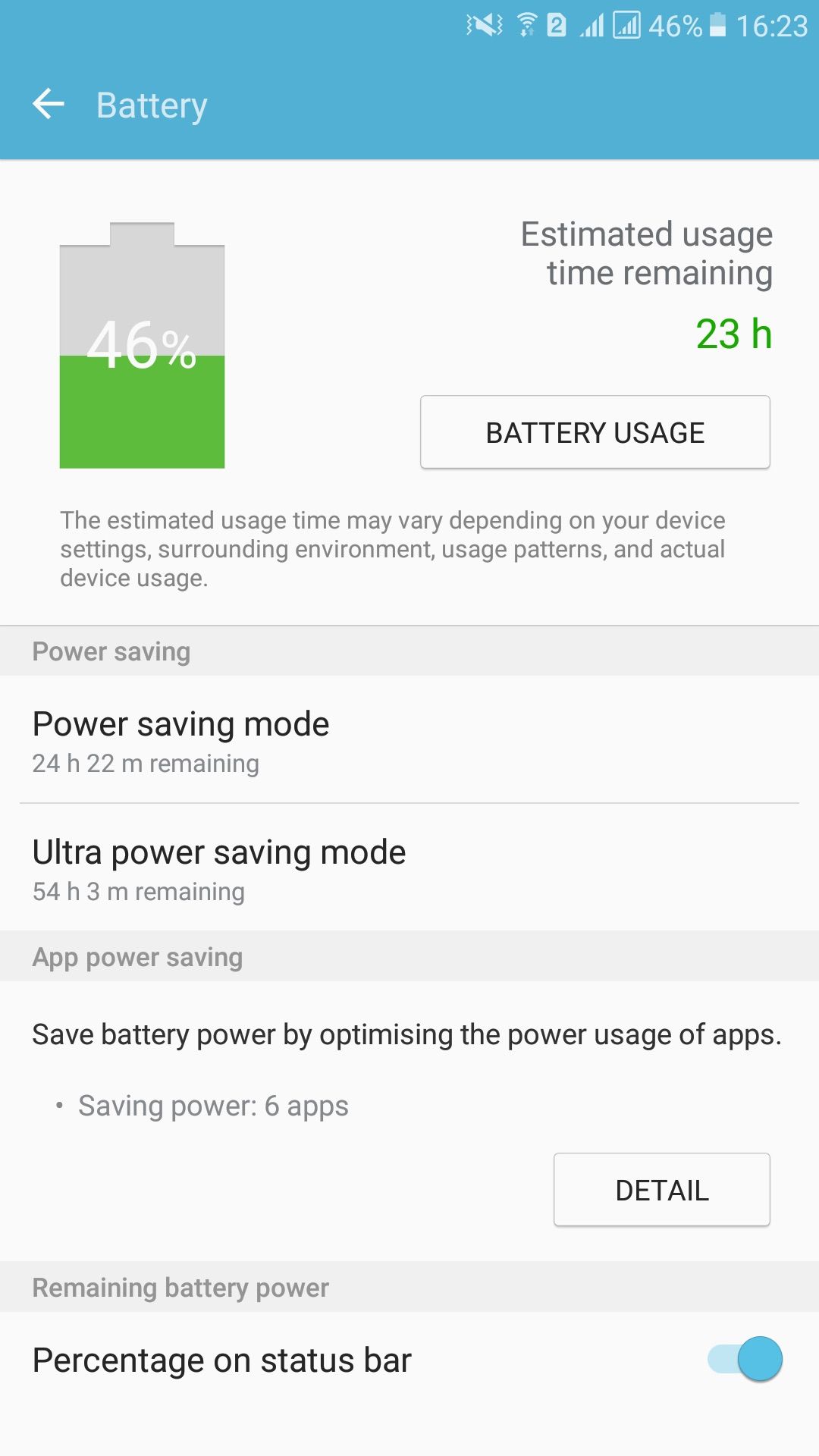 About the 5,000mAh battery now. It takes more than 2 and a half hours to charge fully. It takes around 2 and half days to drain completely during everyday use. We had our wasting-time-on-YouTube-Instagram-and-Facebook sessions every day for significantly long time periods and the phone lasted through it all without ditching us in the middle of the day. On our standard battery test, it lasted for a little over 18 hours which is more than impressive. You still get the Ultra Power Saving mode on top which makes it safe to say that the A9 Pro is one of the more reliable phones when it comes to battery.

The Samsung Galaxy A9 Pro is a great device overall and offers everything you need from a smartphone if you’re an average user. But due to its huge screen, it caters to a specific niche. If you need a large-screened device, the Xiaomi Mi Max Prime offers similar specifications, is not as bulky, and comes for two-thirds of the price of the A9 Pro. The MEIZU M3 Max (first impressions) is to launch soon, as well. However, if you just need a good smartphone which offers a powerful processor, great cameras, and ease of use, you might want to go for the OnePlus 3 (review), the ASUS ZenFone 3 (review)or the Moto Z Play (review). However, getting the A9 Pro does make sense if you want a phablet from a top-tier brand.