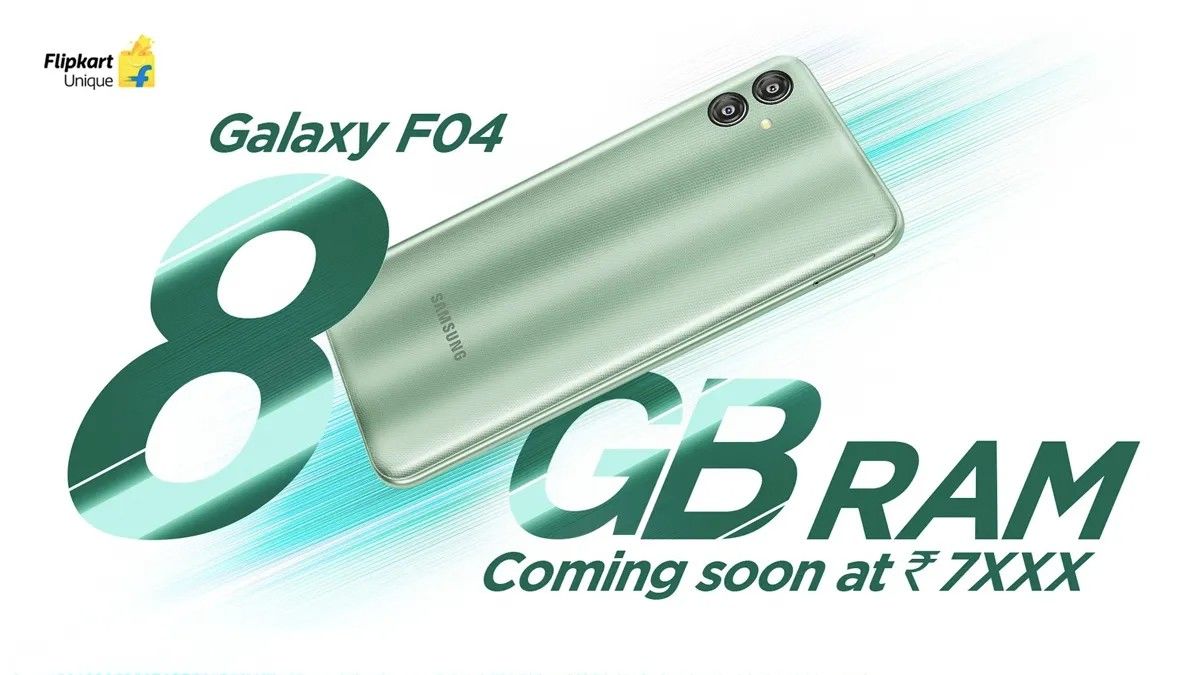 Samsung is all set to launch a new Galaxy F-series low-budget smartphone after a long time in the Indian market as we inch toward the new year. The South Korean tech giant is reportedly preparing for the Samsung Galaxy F04 India launch which may happen in the first week of January 2023. The Galaxy F04 release date, however, has not been revealed by the company yet. A report by 91Mobiles Hindi has revealed certain details regarding the Samsung Galaxy F04 India price, specifications, and design. Let’s have a look at the same.

According to the report, the Samsung Galaxy F04 price in India will be Rs 7,499, making it a budget smartphone. The report also reveals a teaser of the smartphone that shows the Samsung Galaxy F04 in two colour options: purple and green. It also reflects a logo of ‘Flipkart unique’ that implies the phone will be available for purchase via Flipkart. 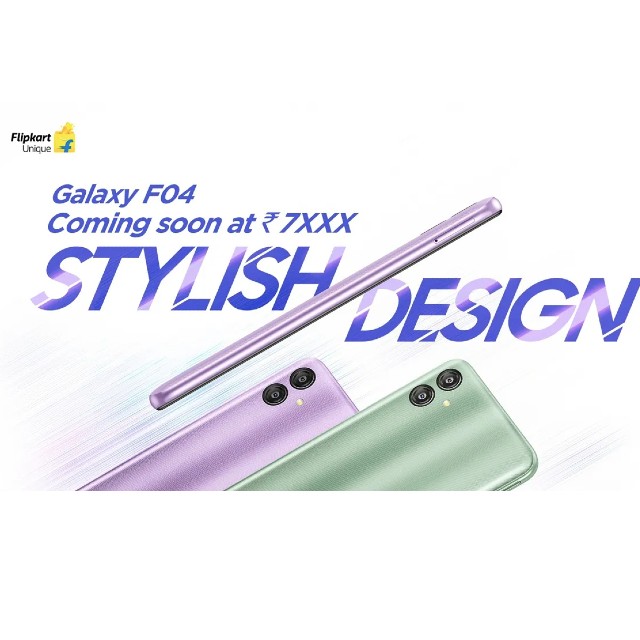 According to the teaser, the Samsung Galaxy F04 specs will include 8GB RAM along with RAM Plus feature. The phone will house a dual camera setup with two circular cutouts and an LED flash module positioned at the back. The report claims that the handset could flaunt a 6.5-inch HD+ display with a waterdrop notch display on the front for selfie snapper.

The Samsung Galaxy A04e is powered by the 2.3GHz clock speed Octa-core MediaTek Helio P35 processor and runs on Android 12. The handset also includes the RAM Plus feature that allows the internal RAM of the phone to be extended up to an extra 4GB. The phone further packs a 5,000 mAh battery.