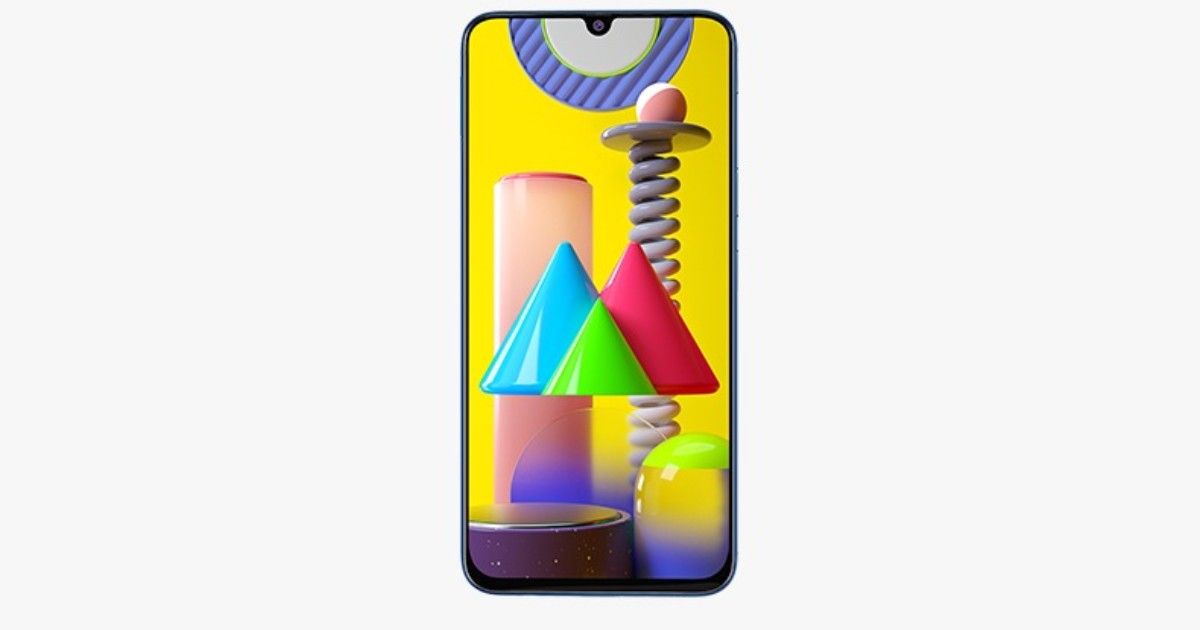 Earlier this week, 91mobiles reported that Samsung plans to launch a new Galaxy F-series lineup in India next month. Now, the Samsung Galaxy F41 has surfaced on Google Play Console listing and it could be the first phone in the company’s Galaxy F lineup. Apart from confirming the name, the Google database has also revealed key specifications and design of the upcoming Samsung Galaxy F41 smartphone. The handset fascia seems reminiscent to Galaxy M31 with an edge-to-edge Infinity-U display and a small waterdrop notch for the selfie camera. The Samsung Galaxy F41 will be sold online and will be priced under Rs 20,000 in the country. 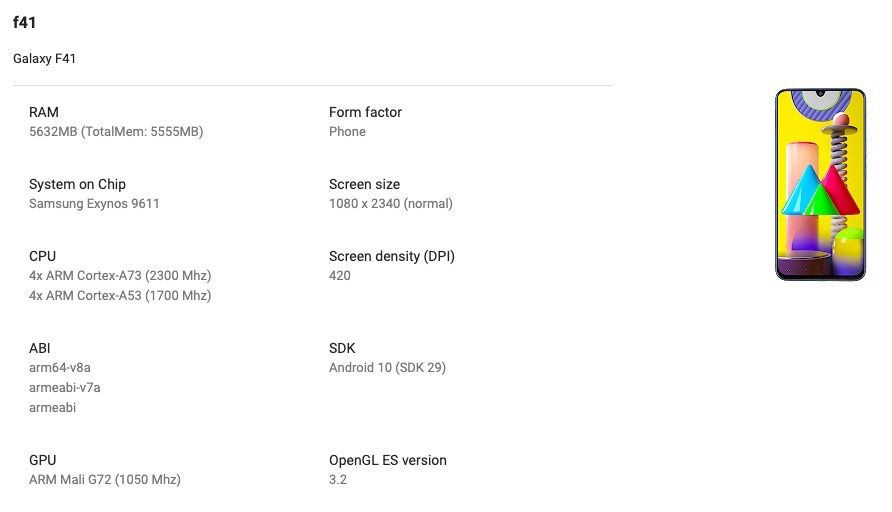 As for the specifications, the Samsung Galaxy F41 will ship with Exynos 9611, which is the brain behind Galaxy M31 and several other mid-range Samsung offerings. The chipset will be aided by ARM Mali G72 GPU and 6GB RAM. This is in line with the Galaxy F41’s Geekbench listing that was spotted by MySmartPrice yesterday. The handset will boot Android 10, which is expected to have One UI 2.0 custom skin atop, to take care of its software side of things. Lastly, the Samsung Galaxy F41’s display will bear FHD+ (1,080 x 2,340p) resolution. That’s all the information Google Play Console listing reveals.

Separately, popular tipster Ishan Aggarwal has shared the schematics of Samsung Galaxy F41. The images reiterate the waterdrop display at the front. Around the back, the handset is tipped to feature a triple-camera setup with LED flash in a rectangular module and a fingerprint scanner. The phone may house Type-C port sandwiched in-between the speaker grille and headphone jack at the bottom edge, while the right spine will likely sport the volume rocker and power button.