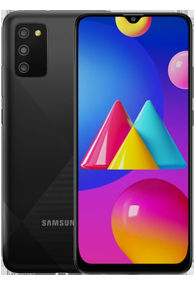 Samsung’s Galaxy M series is the brand’s reply to the rivalry it has been facing from the likes of Xiaomi and Realme in the affordable smartphone segment. And thanks to compelling, VFM options, it seems to have managed to match up as well. While the M series mainly caters to budget audiences, in recent times we have also seen devices like the Galaxy M51 (review) which is placed in the mid-range. However, Samsung has not forgotten the idea of affordability, as its latest announcement in the M series shows. The newly-launched Galaxy M02s has been priced starting at Rs 8,999 putting it squarely in the budget segment. It will face a lot of competition from existing products such as the Redmi 9 Prime (review), and Realme Narzo 20A (review). How does the M02s stand up to the heat? Let’s find out in this review. 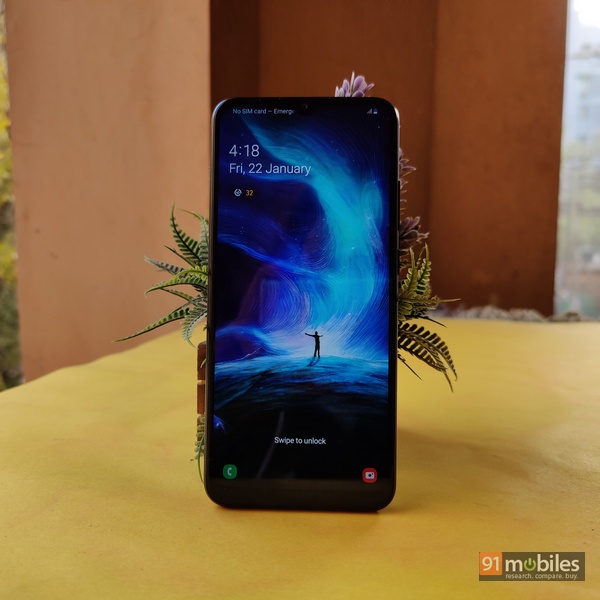 From a looks standpoint, the Galaxy M02s is not going to turn any heads. It has a rigid, plain, and plastic unibody construction with slight curves on the back. There is a matte finish that is not apparent until you actually hold the phone, but at least it doesn’t collect fingerprints. I have received the black variant which I like but you do have blue and red options as well.  At 196g, the phone does have a slight weight to it and the chassis is also reasonably thick at 9.1mm, though both of these aspects are pretty standard for budget devices. A triple-camera setup encased in the usual rectangular housing is present on the phone’s top-left at the rear. It does jut out slightly from the frame but not enough to cause a wobble on a flat surface. There is no fingerprint sensor on the device so you will have to rely on face authentication for a speedy unlock process. On the right side, a set of the tactile volume rocker and power buttons greet my thumb while on the bottom there is a 3.5mm headphone jack, a Type-C port, and a speaker grille. 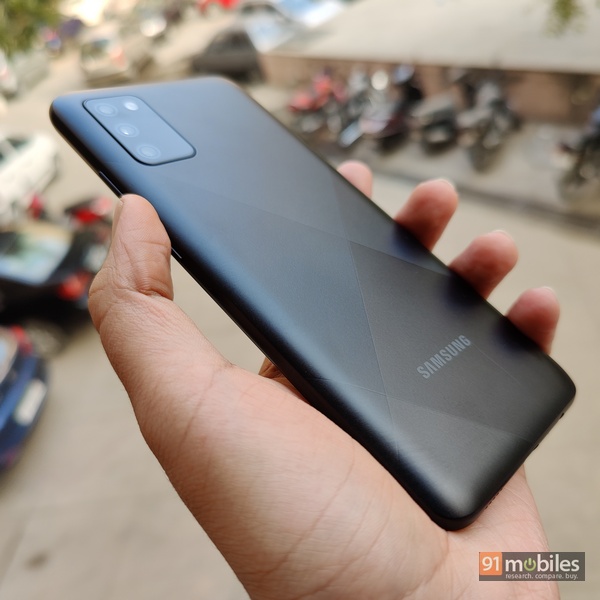 The Galaxy M02s has made some improvements over its predecessor’s display. This time around you are getting a bigger 6.5-inch HD+ TFT LCD panel. A fair amount of bezels surround the display with the top one housing the selfie shooter in a waterdrop-style notch, which Samsung calls the Infinity V display. The colours are punchy and brightness levels are optimum for viewing under reasonably harsh sunlight. Being an LCD panel there will be some colour shift while tilting but it is quite minimal. There is also no WideVine L1 certification for HD viewing on Amazon Prime and Netflix. Customisation options are the usual adaptive brightness control, Dark Mode toggle, and Blue Light filter. As a budget device under Rs 9,000, the M02s matches my expectations adequately. 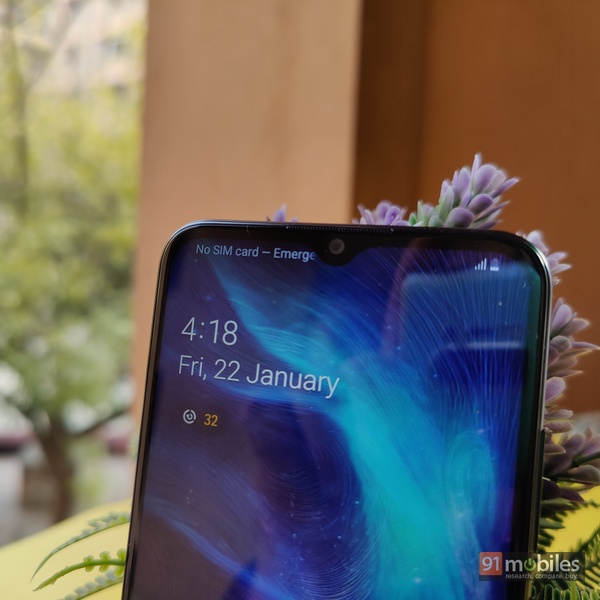 The phone has a triple-camera layout with a 13MP primary sensor, a 2MP depth sensor and a 2MP macro sensor. I was satisfied to see the M02s perform decently in well-lit conditions. There is some amount of oversharpening that is present but in general, shots are vivid with exposure mostly handled well. Dynamic range is not that great but the sensor at least the colours are much closer to real-life than the oversaturation I’m usually privy to on budget Samsung device. 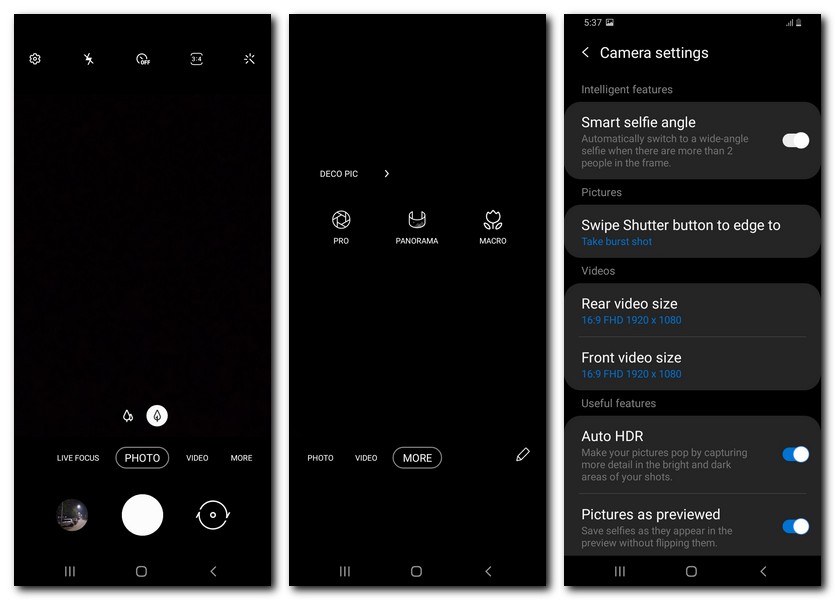 The camera by default crops into the frame for a shot and you have the option to take the default wide shot with a single tap. Portrait shots are accomplished via the dedicated depth sensor although edge detection is not always on point. Then you also have the option to click close up shots via the dedicated macro sensor. Photos are not very detailed, as can be expected from a 2MP sensor, however the colours don’t appear washed out unless the lighting drops. Amongst the horde of macro shooters in the segment, the M02s seems to have done a respectable job. 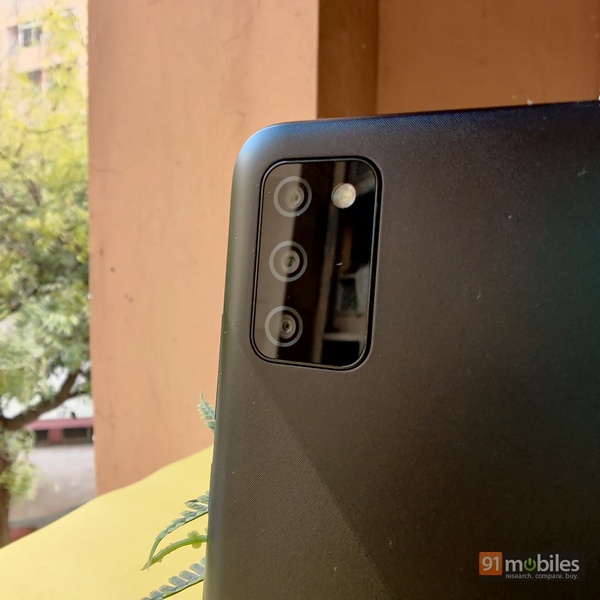 Over to low-light photography, the Galaxy M02s does not have a dedicated Night mode to bring out more details in dark conditions. Sometimes it would also take about 5-10 seconds before the sensor could focus on the subject in low light. When it did, largely the shots were a bit grainy but under street lamps, details and highlights were brought out more prominently than what I had expected. Even so, I wouldn’t put a lot of weight behind the night time shooting on the M02s. There is also the 5MP selfie shooter which employs the usual Samsung brand of oversharpening facial features but surprisingly kept the skin tones accurate. Its portrait mode is not really the best but it will get the job done if the lighting is good. Performance-wise, a Snapdragon 450 SoC, launched back in 2017, is powering the Galaxy M02s. As you could have guessed, being run on an entry-level SoC from quite a while back, the phone is no performance beast. If you are looking to accomplish basic tasks with your phone such as light multi-tasking, browsing, streaming or app switching, then the M02s will not disappoint. Beyond that, there is visible stuttering, like when you switch from YouTube to the camera app or have several heavy apps running in the background. Graphically intensive titles like Call of Duty: Mobile, Asphalt 9, Shadow Gun Legends can run but at the bare minimum settings which will take away all the fun. I have the 4GB RAM + 64GB storage version, though i should mention that the starting price of Rs 8,999 is for the 3GB RAM + 32GB storage. Long story short, the M02s only works well for light to moderate tasks and not for anything that is processor-heavy. As mentioned before, there is no fingerprint authentication but the face unlock does work surprisingly well even in dimly-lit environments. The single bottom-firing speaker gets decently loud and also doesn’t crackle at max volume but the sound lacks depth. I did not face any issue with the microphone, earpiece or call quality while testing on Noida’s Jio network. 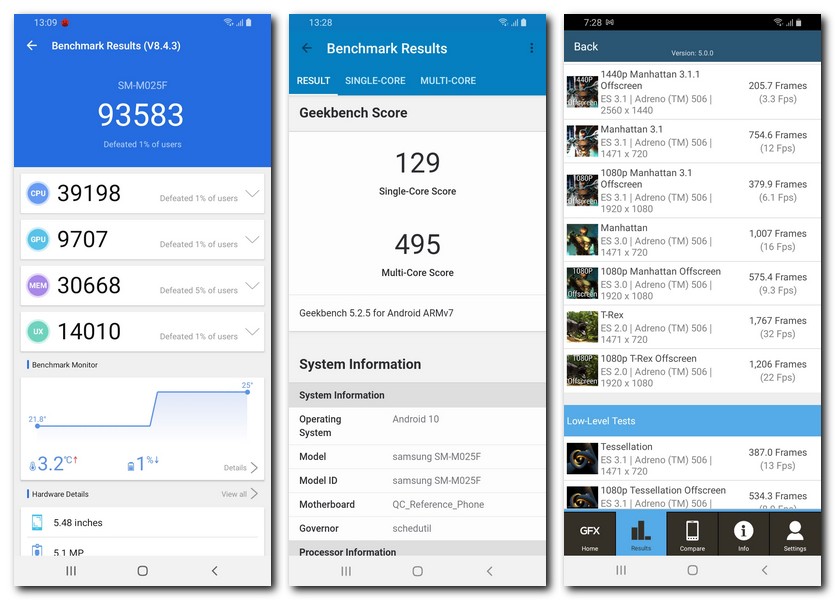 Running Samsung’s proprietary OneUI 2.5 which is based on Android 10, the Galaxy M02s has one of the nicer UIs and theme experiences amongst various Android skins. Samsung implements a very customisable UI which my colleague has explained in more detail in his Galaxy M31 review. In short: some amount of bloatware, ease of access, lots of customisations, and more. 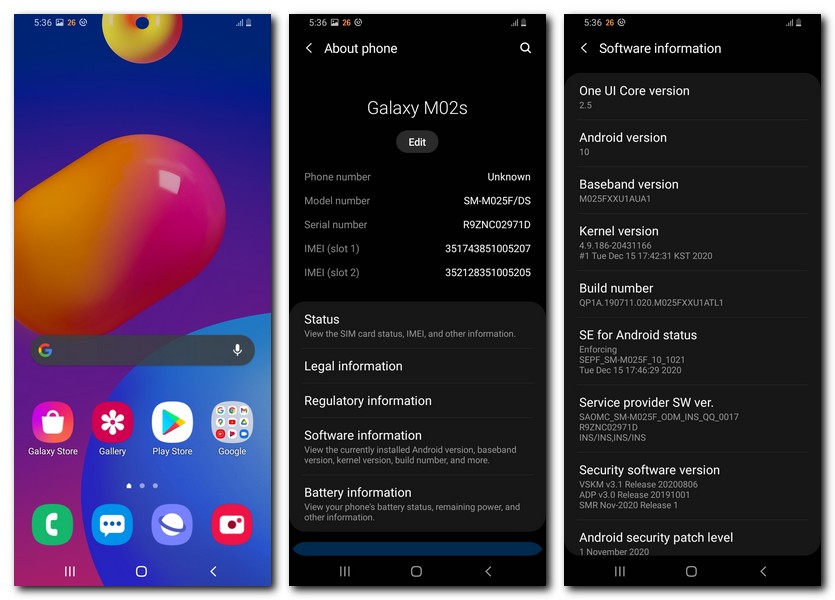 The Galaxy M02s packs in a 5,000mAh battery which is more than sufficient to get through a full day without any stress. There is also the fact that the Snapdragon 450 is not a power-hogging SoC which makes battery consumption more efficient. I got about 6 hours of screen-on time on the device which is more or less what I expected from the phone’s battery capacity. You could push it very easily to about a day and a half of light usage with no GPU intensive tasks. For charging, the M02s has a rather slow 7.5W charger although the phone can support 15W charging via it Type-C port. As such, charging speeds are nothing to write home about with the phone juicing up in about 2.5 hours. 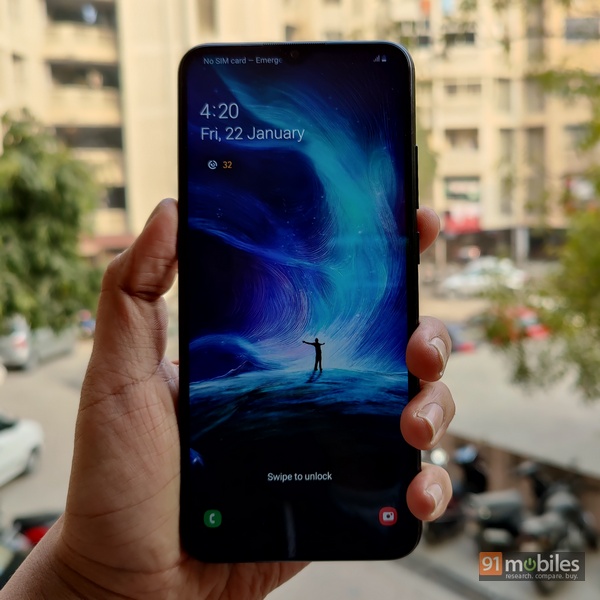 The main point that doesn’t work in the Galaxy M02s’ favour is its chipset. At a starting price of Rs 8,999 the device has to compete with the likes of the Narzo 20A which is powered by the far superior Snapdragon 660 or the Redmi 9 Prime which houses the Helio G80. Also, there is no dedicated Night Mode on the M02s which is present on most of the competition. The M02s is, however, a more robust and well-constructed device overall. The battery capacity is mostly the same across all devices but the Galaxy M02s’ lack of fast charging puts it at a disadvantage. The Galaxy M02s has a decently good panel in terms of colour reproduction. Apart from that, the M02s doesn’t have ads baked into the UI like the Redmi 9 Prime’s MIUI. For a slightly lower budget, the POCO C3 (review) is also a good choice. It comes in at Rs 7,999, has more RAM and storage, an added Panda Glass protection for the display and slightly better performance. However, you will have to contend with a micro-USB port instead of the more universal Type-C. Overall, if you are looking for a sturdy device with a nice display and relatively clean software experience, then the M02s should be worth a look. 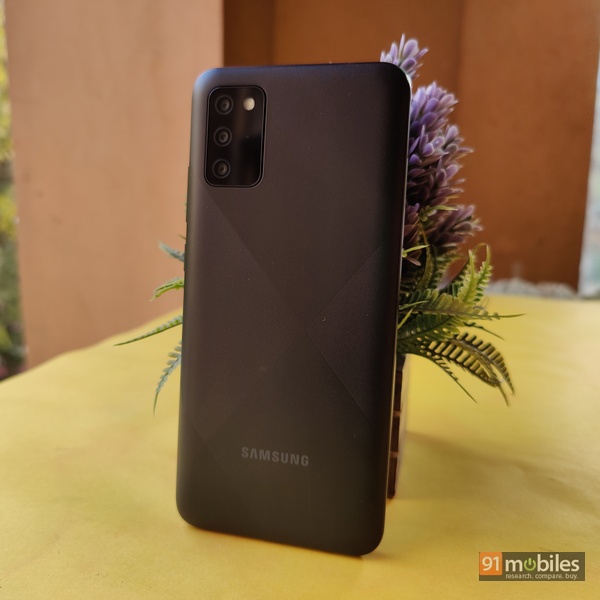