Smartphones have become our go-to shooting options, however even after all these years, the image quality offered by Apple iPhones (related read: Apple iPhone 6s Plus camera review) remains unrivalled. While Samsung’s previous flagship duo, the Galaxy S6 and S6 edge (camera review) managed to come close and raised the bar for smartphone shooting, they still left something to be desired. However, this time around, the Korean giant seems to have cracked that with its latest-gen flagships, the Galaxy S7 (first impressions) and S7 edge (first impressions). The company has gone back to the basics to ensure that the cameras deliver excellent results, and that has been our real-life experience as well. 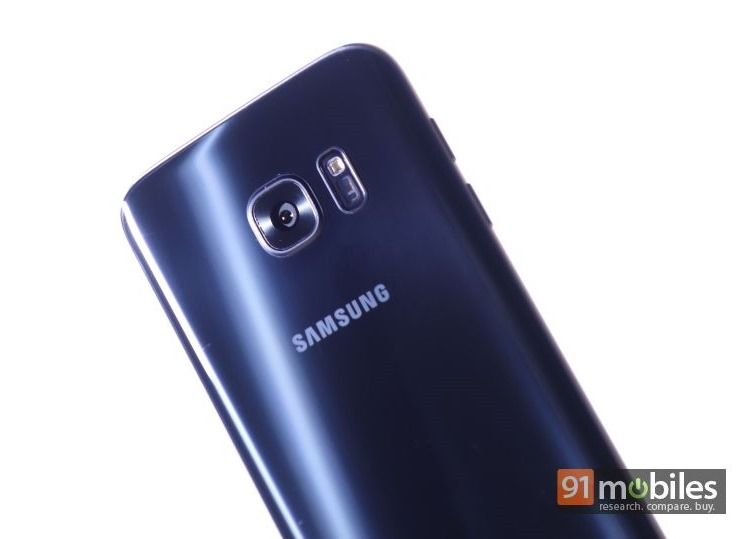 At first glance, you might think that the S7 siblings have compromised image quality considering that the company has downgraded the megapixel count of the sensors from 16-megapixel in its predecessors to 12MP. However, as we’ve said time and again, megapixels aren’t the true measure of the image quality, so you don’t have to worry. In fact, the lowering of megapixels has helped the sensor to feature a wider aperture of f/1.7 – a first for any smartphone(s) – which helps in capturing more light, important for low-light conditions. The sensor also gets a larger pixel size of 1.4?. Just like last year, Samsung has utilised either its ISOCELL sensors or Sony’s imaging sensor (IMX260) in the Galaxy S7 pair. Both the image sensors offer almost similar quality, but if you are interested in knowing about it, then our review unit boasts Sony’s IMX260.

The Korean behemoth has also employed Dual Pixel technology, which allows 100 percent of the photodiodes located on the right and left of each pixel to convert the light particle into measureable photo current. This ensures better images even in poor lighting, since other sensors only use less than five percent of their photodiodes for this purpose. The cameras also have the usual bells and whistles, such as phase detection autofocus to quickly lock focus on the subject and optical image stabilisation to compensate for inadvertent hand shakes. For capturing images in dim settings, the Galaxy S7 and S7 edge also come with an LED flash. 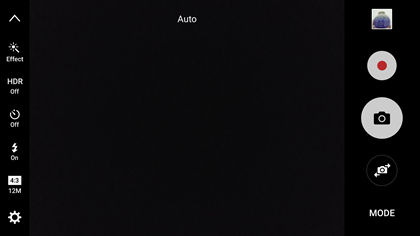 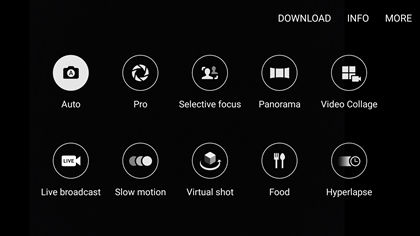 The camera app remains Samsung-esque, with quite a few options and modes present up front. Kept in landscape mode, towards the right, it lets you toggle between stills or videos or switch to front camera, along with the option to preview previous clicks and access different modes. The left sidebar presents options such as toggling flash, initiating the self-timer, enabling HDR, changing image size, or opening the effects. The modes range from Pro that let you manipulate ISO, focus mode, shutter speed, etc. to selective focus, slow motion, and hyperlapse, among others. Effects include Pastel, Retro, Delicious and many more. The camera app also lets you download more modes and effects. You can also launch the camera app in a jiffy by double-pressing the home button, even when the screen is locked. 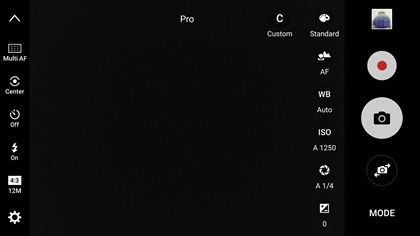 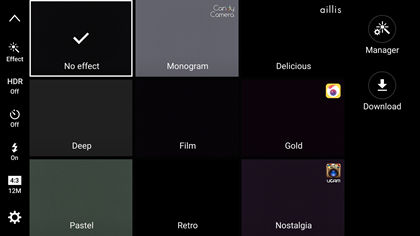 Enough about the hardware specs, now let’s see what they can achieve. All the images embedded below were captured in auto mode (unless otherwise stated), and you can right click them to view the original resolution. Taken at a beach during sunset, the 12-megapixel camera on the Samsung Galaxy S7 shows off its prowess well. The details have been captured well, and colour reproduction seems to be bang on. Different contrasts in sky are clearly visible, and so are the other subjects such as the sea, the waves, sand and shrubs. What’s really incredible though is the fact that even at full size, the image remains sharp and you’re able to see the litter on the sand. 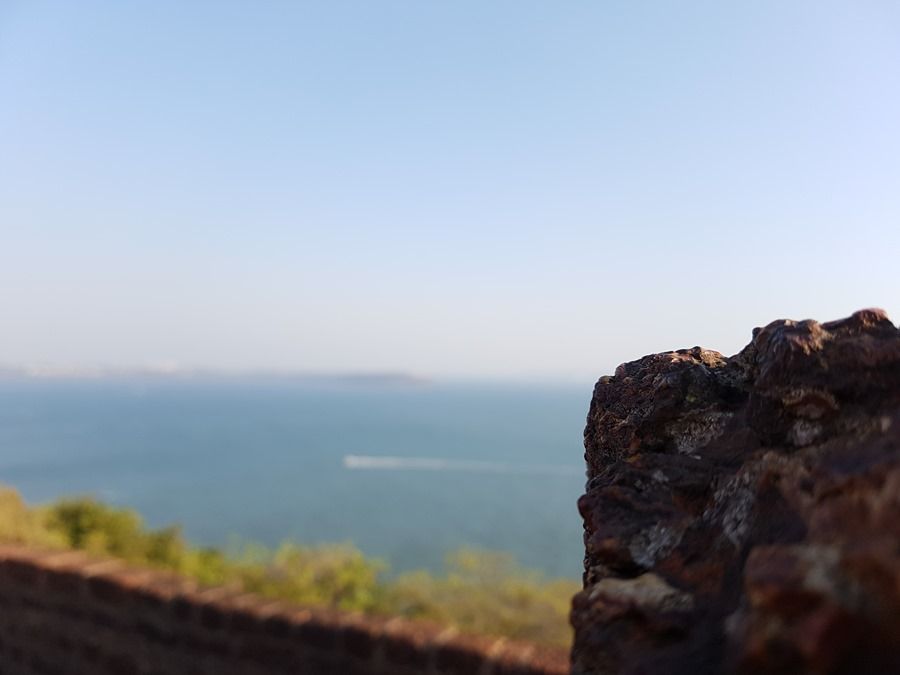 The Samsung Galaxy S7 has aced this close up shot. It has allowed us to focus on the rock as the foreground, thus resulting in a nice depth-of-field effect. The colours look pleasant and the details are sharp, but will our impressions remain the same after blowing up the rock as a subject? 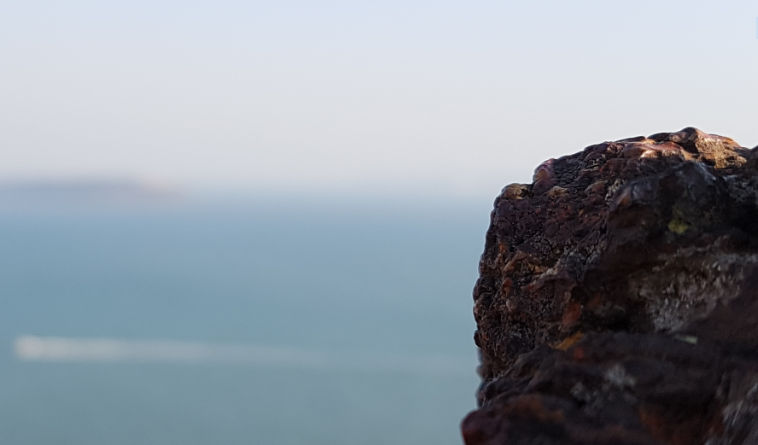 Magnifying on the same image doesn’t change our opinion at all. The camera has done a great job at capturing all the details, since you can see the different textures of the rock, with the accurate colour reproduction helping to differentiate between each of its elements quite well. 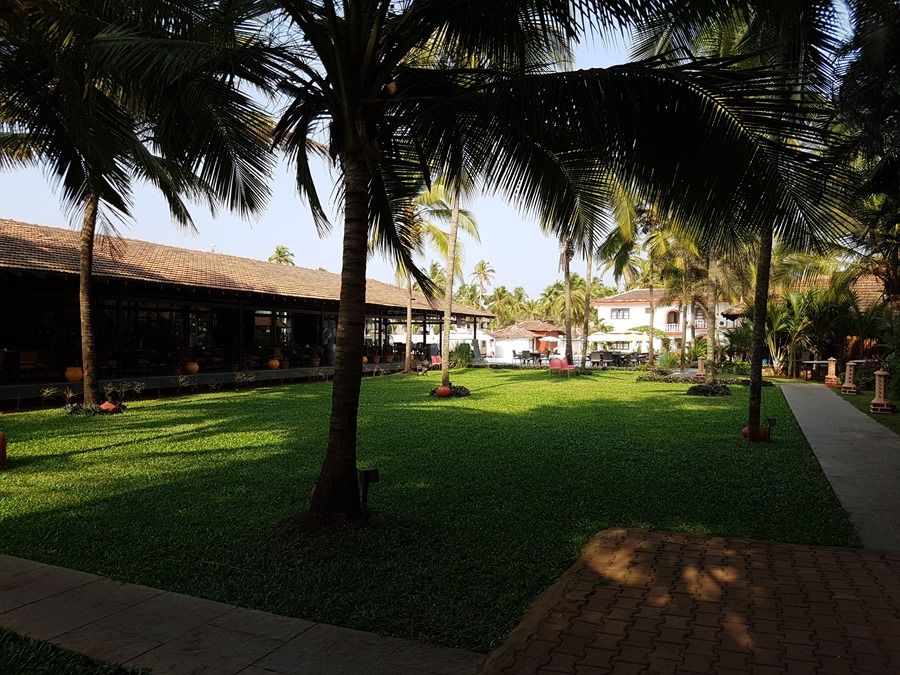 Under bright sunlight, the above image looks pretty good, with all the subjects distinctly visible. However, there are clear areas of shadow and over-exposure, and hence this image serves as our reference for testing the HDR capabilities of the Galaxy S7. Let’s see if the mode can work up some of its magic for this scene. 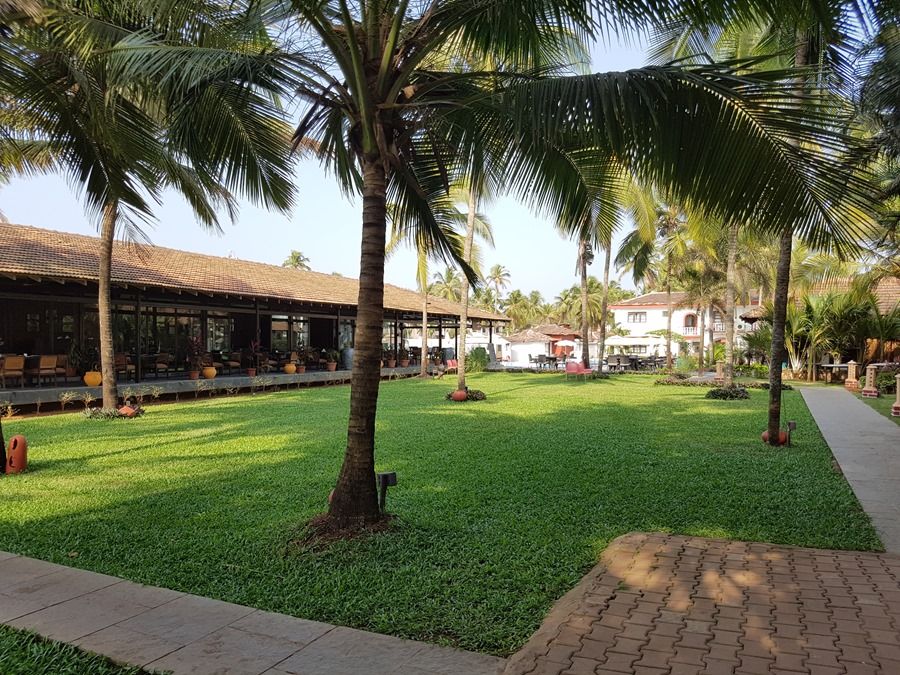 With the dynamic range turned on, the same scene looks much better. Not only is it more evenly exposed, you can also see some details which weren’t visible earlier. This includes the foliage as well as the glass and plants towards the left. 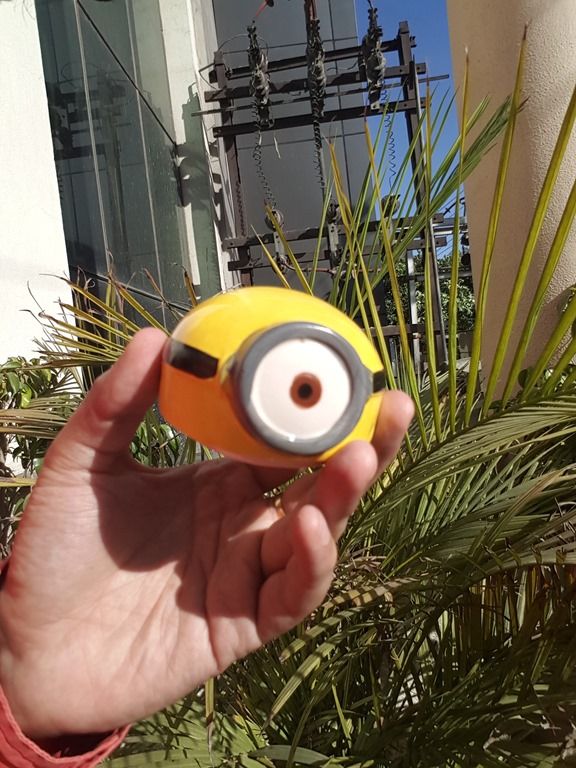 Taking care of selfie-addicts, Samsung has added a 5-megapixel sensor at the front of the Galaxy S7 duo. The image captured by the front shooter won’t blow one’s mind, when it comes to the sharpness, but is good enough for most users. The colours seem vibrant though. 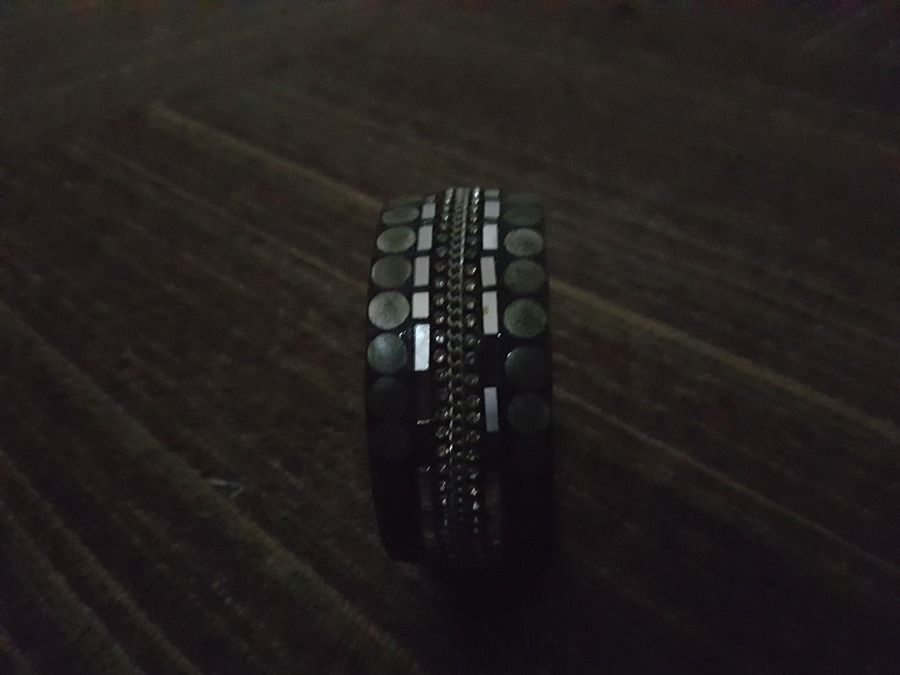 The biggest benefit of Samsung’s dual-pixel technology is its superb performance in low light, and the above image is a testament of that. The Galaxy S7 has not only managed to capture the bangle, but its elements as well, which include mirrors, pearls and a chain in the middle. Colours have also been captured decently. Of course, the details and colours could be better, so let’s see what happens with the flash turned on. 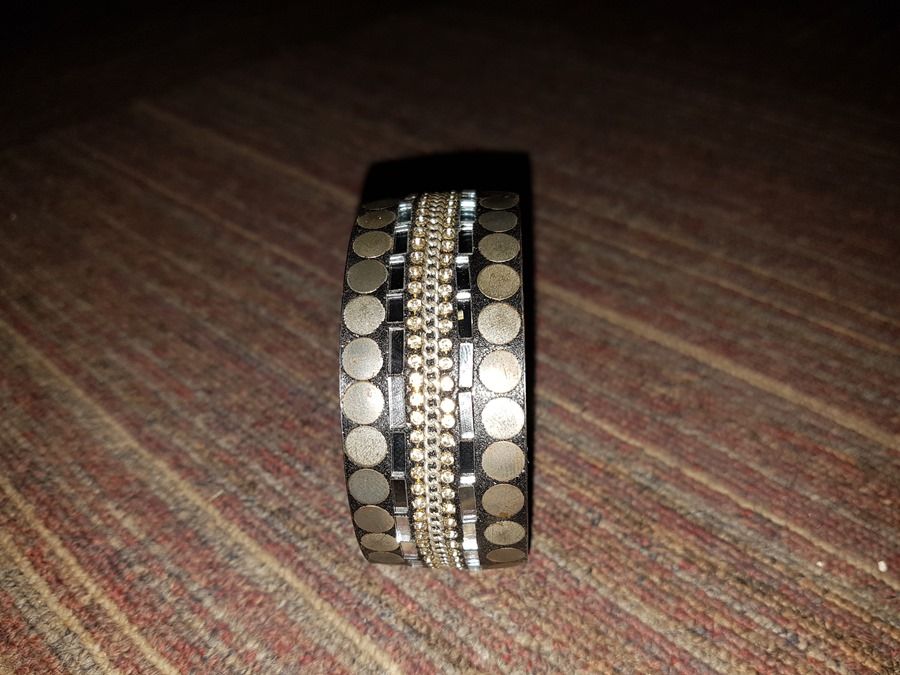 With the help of the flash, the same scenario is brightly lit since the bangle and its elements are visible in a better manner. The colour reproduction is also good, though the illumination seems slightly overpowering. 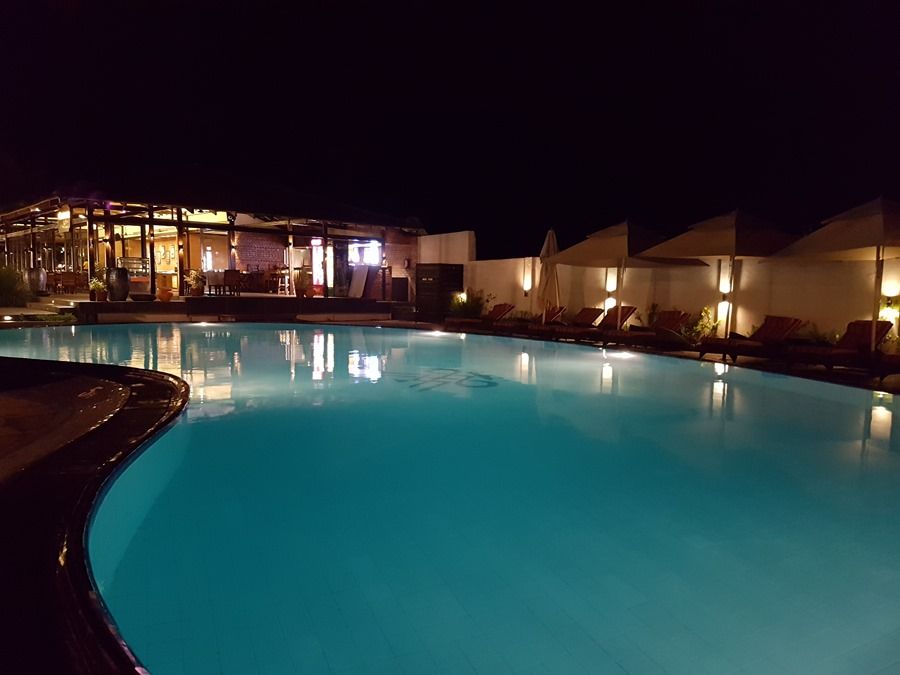 The various subjects have been captured well, be it the swimming pool, or the poolside chairs or even the plants. The sitting area can also be seen, along with its reflection on the water. What’s even more commendable is that the sensor has kept the noise levels to the minimum, even at full resolution.

The above images goes on to show that Samsung has done an impressive job with the cameras on its latest flagships. It has done well in all the scenarios, with its performance in low lighting being the icing on the cake. The dual-pixel technology also helps the devices to focus on the subject quickly in conjunction with PDAF, and that adds a lot to the photography experience.

While from the outside, the Galaxy S7 might not seem much different from its previous avatar, there are a lot of changes under the hood. So, be sure to check out our review of Samsung’s latest flagship, coming your way soon.