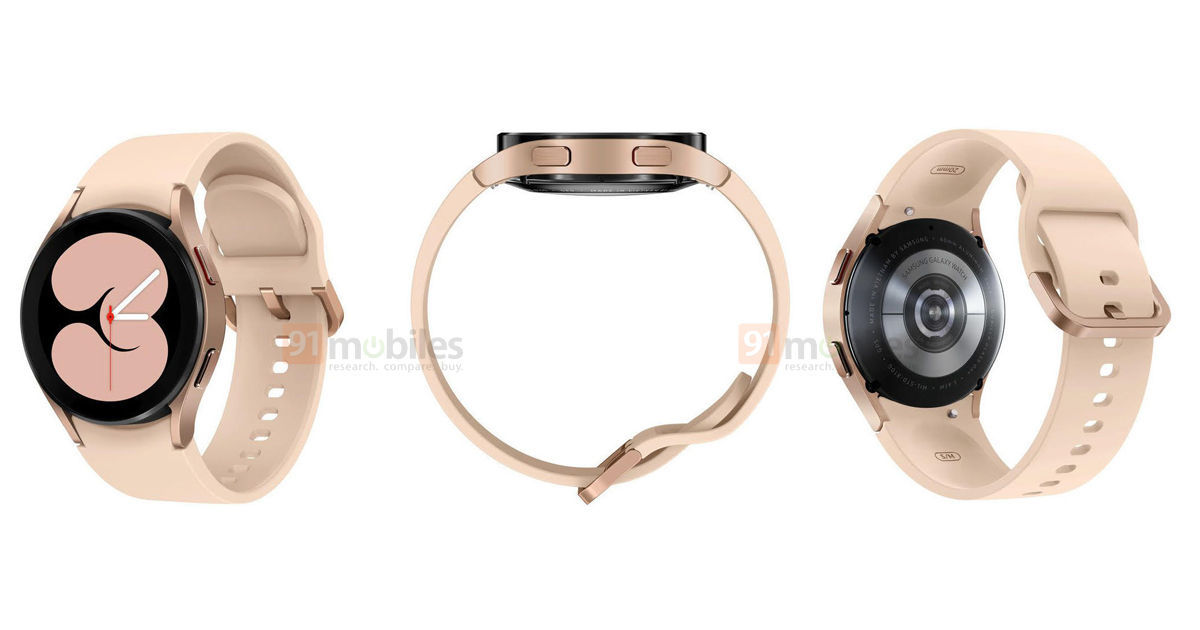 Samsung Galaxy Watch 4 could either launch on June 28th at MWC 2021 or in August alongside the Watch Active 4 and Galaxy Z Fold 3 and Galaxy Z Flip 3 foldable phones. What makes this year’s iteration special is the fact that it will ship with the new Wear OS, which is a combination of Google’s platform and Samsung’s Tizen. We revealed renders of the smartwatch that showed off the entire design. Now, while we patiently wait for the official launch, the Samsung Galaxy Watch 4 support pages have gone live on Samsung India, Caribbean, and Russia websites. While the listing only reveals the model number SM-R880, it indicates the announcement is inching close. The upcoming Samsung smartwatch is said to be available in 42mm and 46mm sizes, going by the leaks.

The Samsung Galaxy Watch 4 FCC listing suggested it would come with Bluetooth, NFC, 2.4GHz/5GHz Wi-Fi, and multiple LTE bands. It is said to come in Black, Silver, Dark Green, and Rose Gold colour options. The smartwatch is said to ship with 5 ATm water resistance, Corning Gorilla Glass DX+ protection, and MIL-STD 810G durability. Both the smartwatch models are said to pack a 240mAh battery and are tipped to have a BIA (bioelectrical impedance analysis) sensor. The smartwatch will have two buttons present on the right edge, probably for selection and go back home. As said, Samsung’s Tizen OS will be merged with Google Wear OS, so we can expect some new features, optimisations, and probably battery improvements on the Galaxy Watch 4.

Unfortunately, that’s pretty much it about the Galaxy Watch 4 at the moment but since it had bagged most of the required certifications, we can expect the announcement to be around the corner. Stick around.