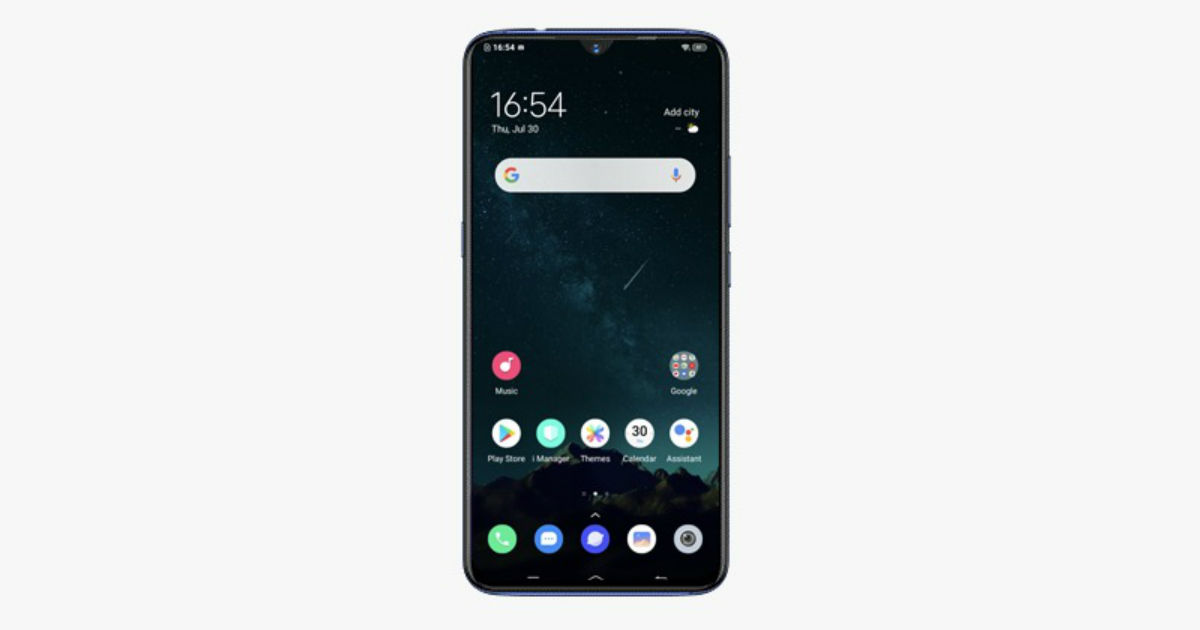 Vivo Y12s specifications have appeared on the Google Play Console listing, as discovered by 91mobiles. The listing only mentions the model number V2026, but we believe this is the Vivo Y12s as the same model number and moniker have previously appeared together on the Indonesia Telecom certification. The Vivo V2026 has also passed by the Russian EEC certification, Indonesia’s TKDN, and the China Quality Certification, hinting at its imminent launch. The Google Play Console listing, however, is important as it reveals key Vivo Y12s specifications, including its processor, RAM, display resolution, among other things. 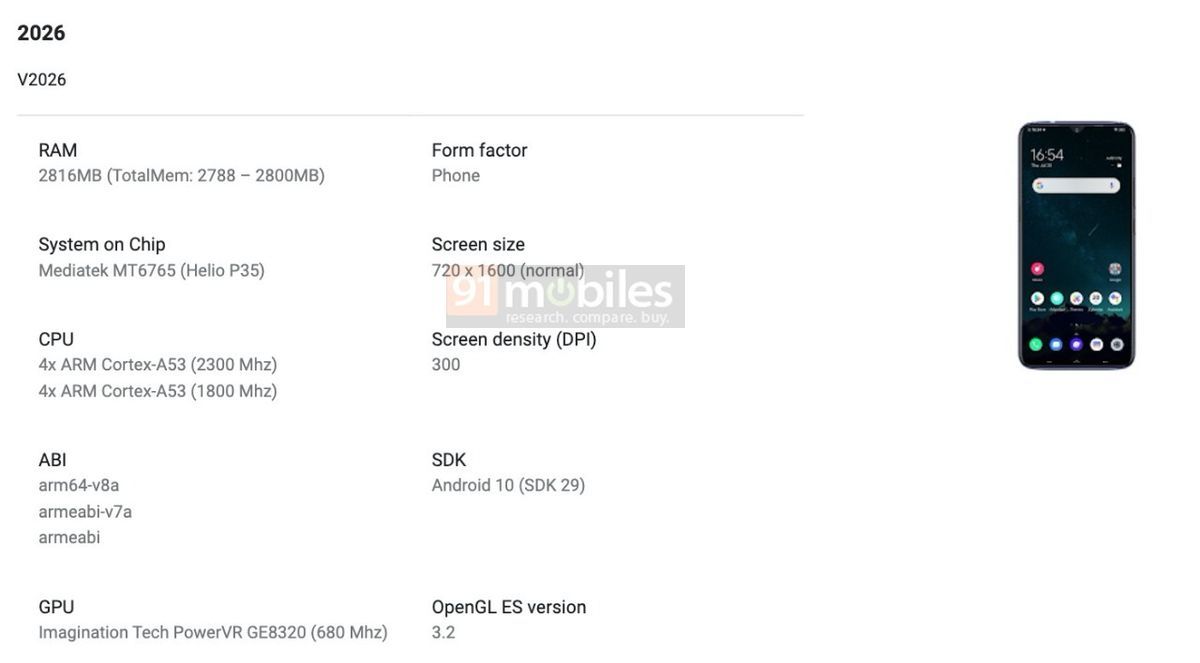 According to the Google Play Console listing, the Vivo Y12s specifications include an HD+ (720×1600) display and 3GB RAM, suggesting this will be a budget smartphone. The Vivo Y12s will be powered by the MediaTek MT6765 aka Helio P35 chipset that is equipped with the Imagination Tech PowerVR GE8329 GPU. Lastly, the smartphone will run on Android 10. The render shown next to the specifications reveals the Vivo Y12s will come with a waterdrop display.

China Quality Certification website confirms the Vivo Y12s will come with a standard 10W charging support. That’s all we know about the smartphone right now. As mentioned earlier, the Vivo Y12s seems to be a low-cost smartphone and will be an iterative update over last year’s Vivo Y12, which launched in India at Rs 12,490.

The Vivo Y12s should also launch in India, although there is no word on this yet. To recall, the Vivo 12 was powered by the MediaTek Helio P22 processor paired with up to 4GB RAM, which suggests the Y12s could also get a 4GB RAM option. Furthermore, the Y12 packed a 5,000mAh battery, a 13MP triple camera setup, and a 6.35-inch display.