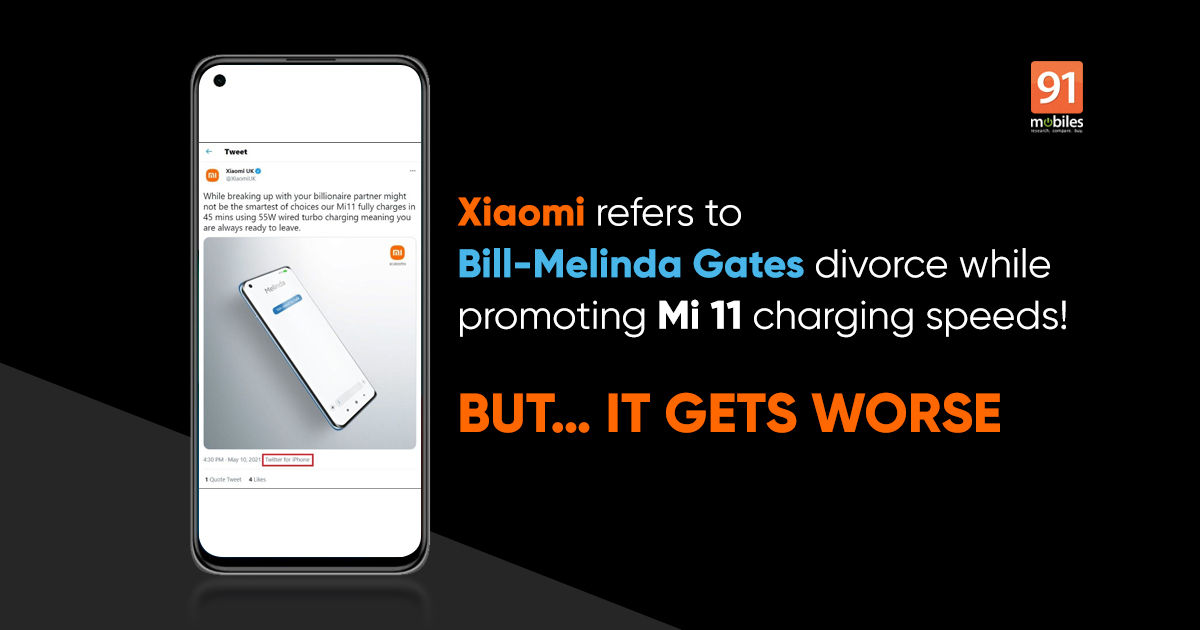 Xiaomi UK Twitter handle has found itself in an awkward situation where it tweeted about Bill and Melinda Gates’ divorce for promoting the Mi 11 fast-charging capabilities. The tweet read, “While breaking up with your billionaire partner might not be the smartest of choices our Mi 11 fully charges in 45 mins using 55W wired turbocharging meaning you are always ready to leave.” Realising the sensitiveness in the topic, Xiaomi deleted the tweet. However, that’s not the worst part, the tweet was sent out from an iPhone. Meaning the company has used a phone from a rival brand to compare its flagship’s fast-charging abilities with the divorce of Bill and Melinda Gates, which is an extremely private affair. 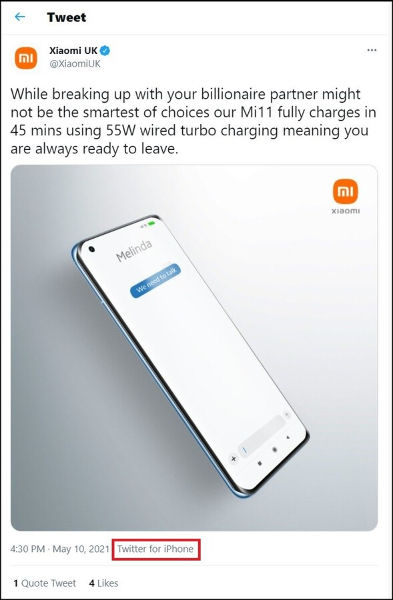 The attached graphic image shows Mi 11 phone with the message “We need to talk” and the recipient “Melinda”. While this is totally in bad taste, Xiaomi’s mockery about a private matter of a high-profile couple doesn’t really gel with the ethics the company says it stands for and it only shows the brand in the bad limelight. In such a similar incident a while ago, Xiaomi Malaysia had suggested a cheating man should have used a Mi 9 SE to keep adultery a secret from his partner.

Denting the damage further, the tweet came out from an iPhone and this isn’t even the first time. Xiaomi’s head, Lei Jun was recently caught using an Apple iPhone while sending out social media messages. Considering in this day and age where Twitter is quite transparent about showing where the tweets came out from, perhaps Xiaomi’s social media team should be extra careful and cautious.