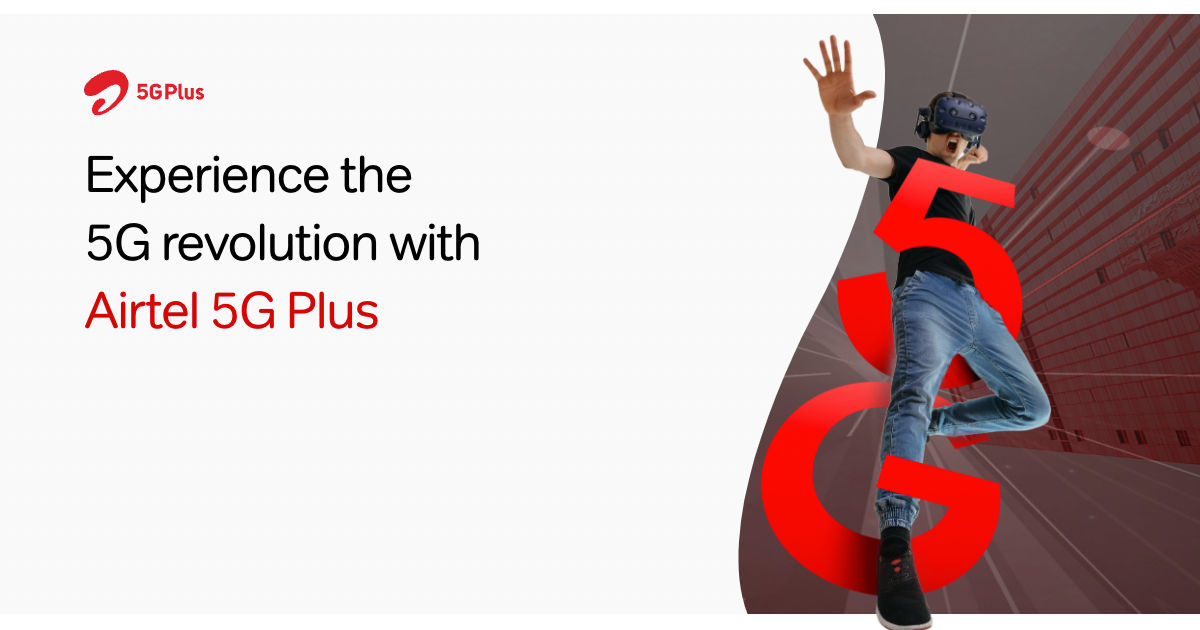 Airtel has officially announced its 5G services in India. Dubbed the Airtel 5G Plus, the services will initially be available in a handful of cities. However, over time the 5G services will be rolled out to other regions. “All of urban India to be covered in 2023 making this one of the fastest roll-outs,” said Airtel in its press release. The Airtel 5G Plus is said to offer massive speeds and the best voice experience. The telco claims that the network will also be kinder to the environment and work on all 5G smartphones. Here’s everything we know about the Airtel 5G launch date in India, plans, speed, SIM availability, and a list of compatible smartphones so far.

Airtel 5G services were inaugurated at the India Mobile Congress (IMC) 2022 on October 1st. This was followed by an official launch on October 6th where the company announced a list of cities that will be getting its 5G services initially along with SIM, plans, and other details.

The Airtel 5G services are available only in these cities for now:

The company has promised to roll out 5G in a phased manner and cover all urban regions by next year. By March 2024, Airtel 5G Plus will be available in all regions and districts across the country.

You don’t need a new SIM to use Airtel services in India. The telco has said that the Airtel 5G Plus will be available on existing 4G SIMs. Apart from this, customers can enjoy 5G services on their existing data plans, which are your regular Airtel plans that are available in the market, until the roll-out is complete. However, to use 5G, you need to have a compatible device.

Airtel has announced a list of devices that are compatible with its 5G network. These are basically all your 5G-capable smartphones that have been launched in the market in the last two years. That being said, Apple is yet to enable Airtel 5G support on its iPhones. You can visit Airtel’s website or scroll down to check the list of Airtel 5G-compatible devices in India:

While this is the full list of compatible Airtel 5G devices, it should be noted that some of these devices, including iPhones, are yet to receive an update that will enable their 5G settings.

How to use Airtel 5G Plus

Airtel has claimed its 5G Plus speed will be 20 to 30 times faster than its 4G speed. The network will allegedly be able to download HD movies within seconds and stream high-quality 4k videos without buffering.

If you are looking for numbers, Airtel 5G delivered a download speed of 300Mbps at the IMC 2022. Apart from this, the Airtel 5G speed has been around 1,000Mbps during the trials conducted by the telco in Gurugram and Mumbai. However, in Hyderabad, the network managed to hit peak speeds of 3Gbps (3,000Mbps), which is three times faster than Jio’s 5G trial, allowing users to download a full-length movie in a matter of seconds. While this is significantly faster than the 4G network speed, we have to bear in mind that the network was completely bereft of other users during the test, and the real-world experience may vary.

Airtel has acquired 19,867.8 MHz spectrum in 900 MHz, 1800 MHz, 2100MHz, 3300 MHz and 26 GHz frequency bands through the auction for Rs 43,084 crore. This is almost half of what Jio has spent on the 5G spectrum auction. While Jio got the coveted 700MHz band, Airtel bought 100 MHz of spectrum in the 3.5 band pan India and 800 MHz in the millimetre band. The telco is confident that with the said spectrum it will be able to deliver the best 5G experience in India in terms of coverage, speeds and latency.

Airtel has initiated the rollout of its 5G services in seven cities of Jammu & Kashmir, namely Samba, Kathua, Udhampur, Akhnoor, Kupwara, Lakhanpur, and Khour. Prepaid and postpaid users willing to try out 5G can toggle on the 5G option from the network settings on their smartphones.

Airtel has started rolling out its 5G services in several areas of Coimbatore, Trichy, Madurai, and Hosur. Customers with a 5G compatible smartphone in these cities can experience high-speed internet by toggling on the 5G option from the Settings app.

After the 5G services launch in Delhi and Gurugram in late 2022, the telco has started rolling out 5G in Noida, Ghaziabad, and Faridabad. Subscribers willing to experience 5G can switch to the 5G option within their mobile’s setting to utilise high-speed internet.

Airtel has started deploying its 5G network in Jaipur, Udaipur, and Kota. Users having an Airtel SIM along with a compatible smartphone can start using 5G data by enabling the 5G network option from the Settings app.

Airtel claims it has crossed 1 million unique users mark on its newly launched 5G network. This feat has been achieved in less than 30 days that too from just the 8 Indian cities where Airtel 5G is currently live.

Airtel is likely to offer 5G services with a top-tier plan initially, said Akhil Gupta, vice-chairman of parent Bharti Enterprises in a recent interview. He further added that the telco may not charge a premium for the superfast network. Instead, it might launch high-price plans and prompt users to upgrade to the upcoming network as data consumption rises.

Airtel, which is expected to launch 5G network later this month, aims to complete the network rollout across India by 2024. That being said, the telco’s 5G rollout plan for 5,000 towns is already in place. CEO Gopal Vittal of Bharti Airtel has highlighted the company’s intention to start off with 5,000 towns initially as a setup to support the system that is already in place.

Not as much as Jio, but Airtel seems to have bid for spectrum worth Rs 45,000 crore. This is 20 percent more than its base case. The extra cash is probably used for low 1800MHz and 2100MHz airwaves, which are useful in covering large spaces and penetrating deep indoors.

Airtel has announced a successful trial of the 5G network at Bosch Automotive Electronics India Pvt Ltd (RBAI) facility in Bengaluru. The telco has implemented two industrial-grade use cases at Bosch’s manufacturing facility, utilising the trial spectrum. In both cases, Airtel’s 5G technology drove automated operations ensuring faster scale-up and reduced downtimes. The network is said to have the capability to manage thousands of connected devices along with delivering multi-GBPS throughput.

The mega 5G spectrum auction will officially be conducted in July. Telecom operators, including Airtel, will bid to lease required spectrums for 5G for a period of 20 years. Following the auction, the 5G services should start rolling out in the country in August-September. It has officially been confirmed that 20 to 25 cities across the country will get 5G connectivity by the end of 2022.

Airtel has announced a partnership with Apollo Hospital and Cisco to create a 5G connected ambulance. The ambulance can stay connected to the hospital with the power of high-bandwidth and low-latency 5G networks and can bring doctors onboard virtually to help and assist paramedics in critical condition. Airtel conducted this demonstration in Bengaluru with the 5G spectrum that was allotted to the telco by the Department of Telecommunications (DoT) for 5G trials.

Telecom Minister Ashwini Vaishnaw has confirmed India’s 5G auction in June. The government is now working on resolving industry concerns around spectrum pricing. Telecom regulator TRAI has mooted a mega auction plan valued at over Rs 7.5 lakh crore at the base price across multiple bands for radio waves allocated over 30 years. However, telecom operators, including Airtel, Jio, and Vodafone Idea (Vi), have expressed disappointment over the price.

Ahead of the 5G launch in India, Airtel has conducted the network’s first open radio access network (RAN)-based validation test in India. The telco has partnered with Mavenir, a telecom network software provider, for the 5G NSA validation on 3,500MHz band spectrum. “Speed of up to 1Gbps validated using the commercially available 5G devices,” a person aware of the matter told ET.