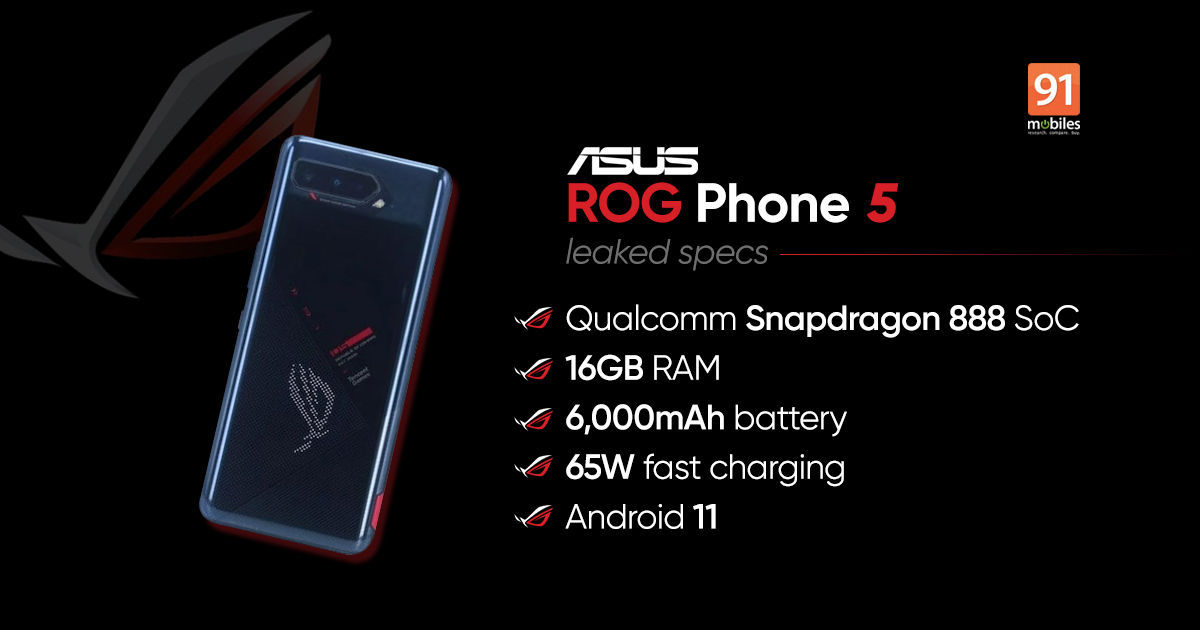 The Asus ROG Phone 5’s recent Geekbench appearance told us that it was all set to be launched soon. It appears that we could see it in action as early as March 2021, if a new leak from Twitter tipster Mukul Sharma aka @Stufflistings is to be believed. He states that the Asus ROG Phone is launching ‘soon’ and will be available in India in March 2021. It’ll be interesting to see if there is an Asus ROG Phone 5 Strix model launched alongside the vanilla ROG Phone 5. Asus would do well to release it as a Snapdragon 870-powered, low-cost alternative to the ROG Phone 5.

[Exclusive] Asus ROG Phone 5 is indeed launching soon. Provided there are no last moment changes, the device will make it’s way to India as well in March.#Asus #ROGPhone5

Multiple Geekbench listings have told us that the Asus ROG Phone 5 would run a Qualcomm Snapdragon 888 chipset. One variant of the smartphone will come with 16GB of RAM, likely accompanied by 512GB of storage. Although the Asus ROG Phone 5’s Geekbench showing might not be very impressive, its retail version will likely fare better. Previous iterations of the gaming phone have consistently topped AnTuTu charts and we see no reason why the ROG Phone 5 can’t follow suit.

Some Asus ROG Phone 5 renders from earlier showed us that it would come with three rear cameras in a horizontal alignment. There appears to be a dedicated button to activate some kind of dedicated ‘gaming mode’ as well. Sketchy rumours suggest that the Asus ROG Phone 5 could also come with a programmable LED screen at the phone’s back. Furthermore, Weibo veteran Digital Chat Station speculates that its 6,000mAh battery will come in a dual-cell configuration and support fast charging at 65W.