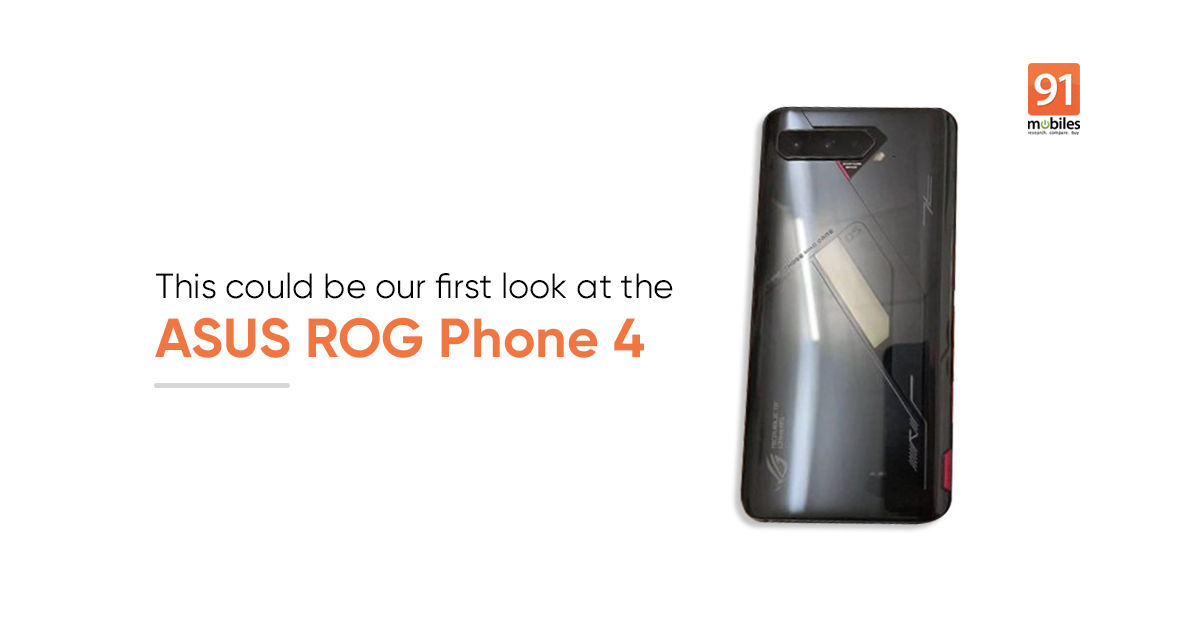 ASUS ROG Phone 4 launch seems to be getting closer and closer as the successor to the ASUS ROG Phone 3 has been part of a few leaks over the past couple of months. A leaked live image of the alleged ASUS ROG Phone 4 has now been leaked online, and interestingly, this image shows ’05’ written at the back of the handset. As ASUS is a Taiwanese company, the move to skip the numeral 4 from the series does make sense as in Taiwan, just like in China, the number 4 is considered unlucky. Notably, OnePlus (a Chinese company) skipped the numeral from its phone series as well. We will have to wait and watch if the upcoming phone will be called ASUS ROG Phone 4 or ROG Phone 5. Separately, ASUS ROG Phone 4 specs have been tipped and it seems the phone may come with a 6,000mAh battery with up to 65W fast charging support.

Talking first about the live image leak, the ROG Phone 4/5 can be seen with a similar design language to previous phones in the series. Notably, the alleged phone can be seen with a 64MP primary camera sensor in a triple-lens arrangement. The camera system would be supported by quad-Bayer technology. There is a red button on the bottom-right of the smartphone, which could be used to activate gaming mode but this is pretty much speculation at this point. Considering that the leak does not come from a reliable source, we would advise you to take all this with a pinch of salt.

Moving from an unreliable source to a reliable one, Digital Chat Station has shared on Weibo that the ASUS ROG Phone 4 would come with a dual-cell 6,000mAh battery with 65W fast charging support. For those who are unaware, ASUS ROG Phone 3 supports up to 30W fast charging (wired). This change could result in a massive improvement in charging speeds. The earlier leaked specs from Geekbench suggest the phone could come with Snapdragon 888, pack 8GB of RAM, and run Android 11 out of the box. Earlier leaks have suggested the ASUS ROG Phone 4 could feature an FHD+ AMOLED panel with a 144Hz refresh rate.