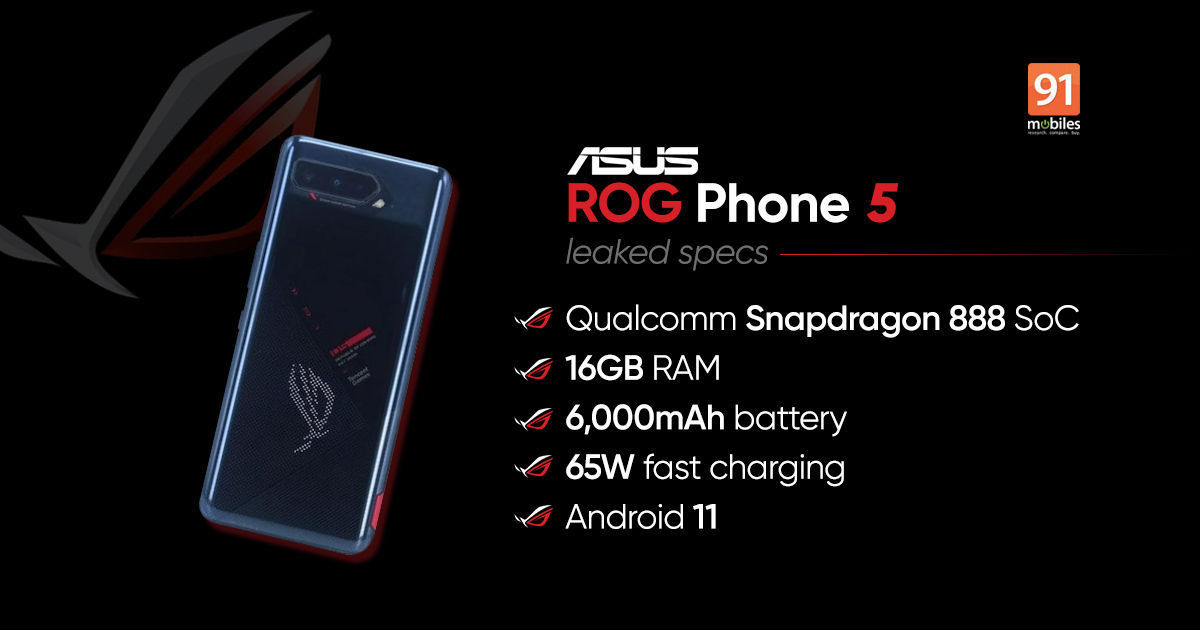 ASUS ROG Phone 5 launch date has been revealed by the company on Weibo. The next gaming phone from ASUS will be launching in China on March 10th. The poster image suggests the phone will come with hardened glass on top of the display for protection. We can speculate it could be Corning’s Gorilla Glass Victus. The ASUS ROG Phone 5 will be launching in the US on March 9th and in Berlin and Taipei on March 10th, as revealed via a dedicated event page. A Geekbench listing recently revealed some key ASUS ROG Phone 5 specifications, including Snapdragon 888 5G SoC, 16GB RAM, and more.

Additionally, ASUS will extend its partnership with Tencent for the upcoming gaming phone as well, meaning it could have dedicated gaming experiences. There are speculations the ROG Phone 5 will have a matrix display at the back, probably for Tencent games to be compatible.

As said, the ASUS ROG Phone is said to come with Qualcomm Snapdragon 888 5G Mobile Platform and will have a 16GB RAM variant accompanied by 512GB storage. It is said to pack a 6,000mAh battery and support 65W fast-charging. The leaked renders showed the gaming phone will have a slightly familiar design with three rear cameras arranged horizontally and seems to have an extra button, probably to activate “gaming mode” as well. The ROG Phone 5 will have 5G connectivity and a glass-aluminium unibody design.

There are rumours the Taiwan brand is also working on the ROG Phone 5 Strix edition and is speculated to arrive with Qualcomm Snapdragon 870. It might come as a slightly cheaper version compared to the vanilla ROG Phone 5. If true, this will b the first time the ROG series may have two variants launching at the same time. Unfortunately, that’s pretty much everything we so far know about the ROG Phone 5 but if the rumoured launch timeline is indeed legit, we should start hearing more about it going forward.