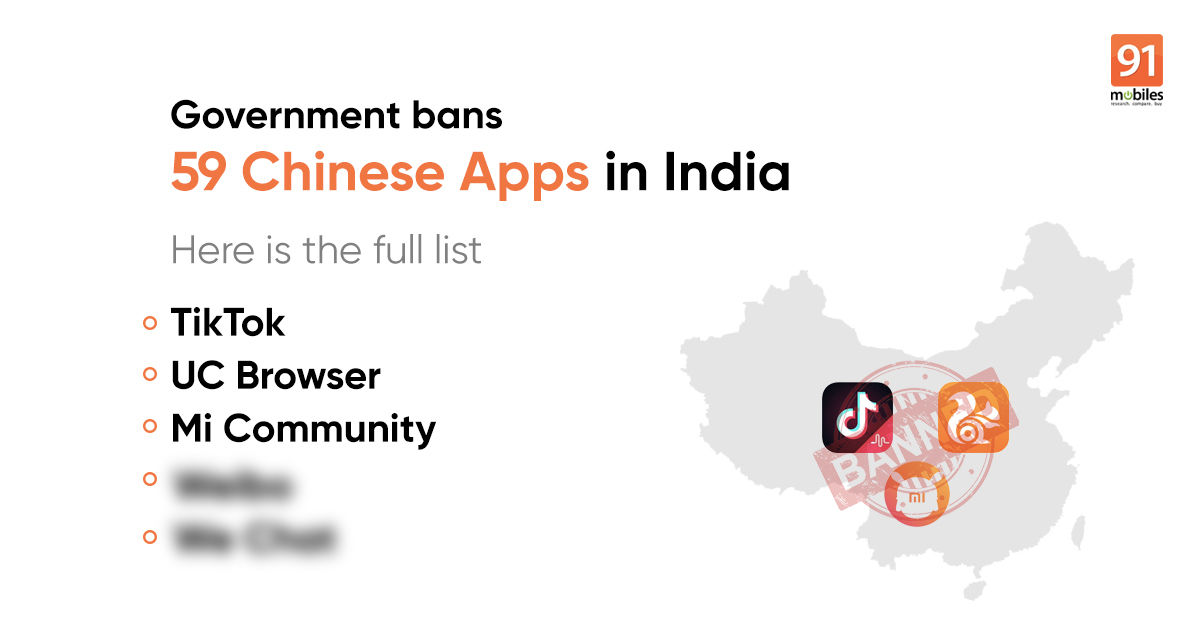 The government has decided to ban 59 China-based apps due to the “emergent nature of threat” they pose. An official notice says the apps have been banned under section 69A of the Information Technology Act and that these apps are “prejudicial to the sovereignty and integrity of India, defense of India, the security of the state, and public order.” The list of banned apps include popular apps such as TikTok, ShareIt, UC Browser, UC News, Helo, Likee, Xender, CamScanner, DU Battery Saver, Clean Master – Cheetah Mobile, among others. The full list of the 59 Chinese apps banned in India is below:

In the official notice shared with the media, the Ministry of Electronics and IT (MeitY) says it has “received many complaints from various sources including several reports about the misuse of some mobile apps available on Android and iOS platforms for stealing and surreptitiously transmitting users’ data in an unauthorised manner to servers which have locations outside India.” The ministry, as well as the cybersecurity team CERT-In, received recommendations of apps to be banned from various agencies. The notice says the banned apps will now be “disallowed” from mobile and non-mobile, internet-enabled devices.

Many of the 59 Chinese apps banned in India are available to download from Google’s Play Store for Android phones and Apple’s App Store for iPhones and iPads. People who already have some of these apps on their phones should be able to use them; however, whether the government stops their functioning altogether remains to be seen.

Among the list of banned Chinese apps, the popular apps include TikTok, CamScanner, ShareIt, Helo, Likee, Xender, UC Browser, Clash of Kings, ES File Explorer, DU Cleaner, Clean Master, and Mobile Legends. Interestingly, Tencent’s WeChat has been banned under the new order but the same company’s PUBG — inarguably the most popular smartphone game in India — has not been included in the list.