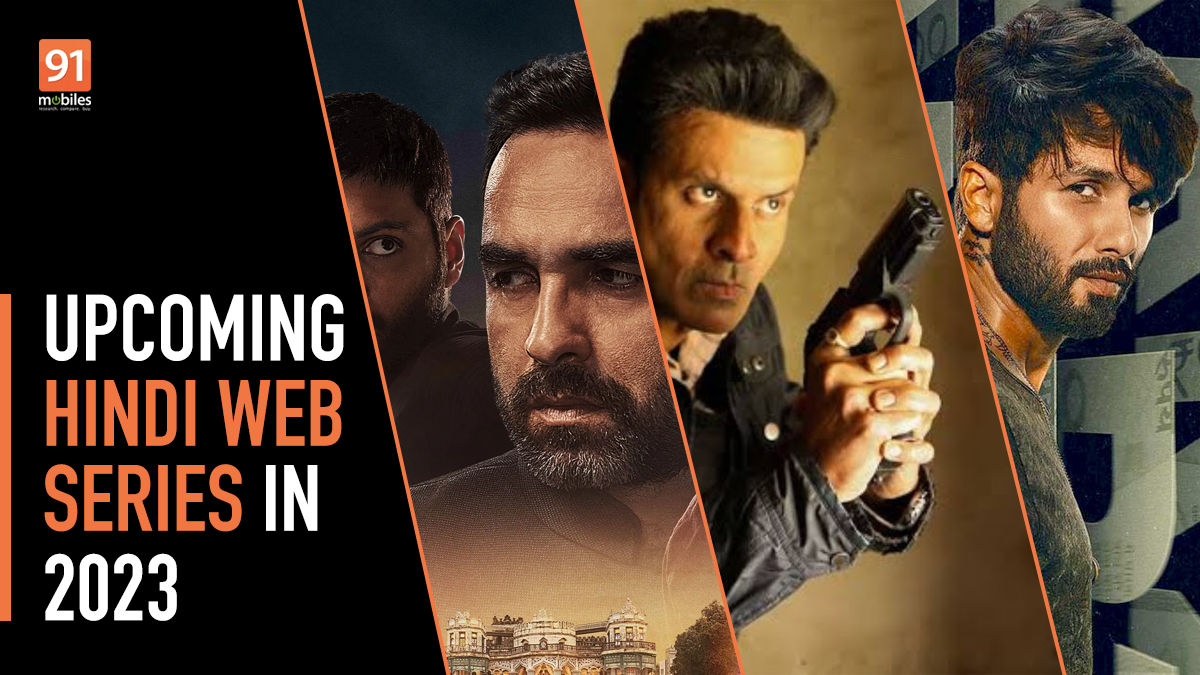 Get ready for new seasons of some of the best Hindi web series that you have enjoyed so far as well as the streaming debut of Shahid Kapoor with Farzi. With the ushering of the new year, you will get to see the high-drama reality series Shark Tank India Season 2. OTT platforms will be releasing new seasons of The Family Man, Panchayat, Mirzapur, Pataal Lok, Scam, and many more. Irrespective of your preference of genre, you have got yourself covered for the new year. 2023 is going to be entertaining with so many interesting releases throughout the year. Read on to know about the best upcoming Hindi web series in 2023 that you can add to your queue.

After a successful first season, Shark Tank India returns for Season 2 with a new batch of enterprising entrepreneurs and some familiar sharks. In this reality web series, aspiring entrepreneurs pitch their ideas to investors aka sharks, who invest in projects that they are convinced about. This show aims to help entrepreneurs get funds if they are able to persuade the sharks with their pitch. You will see some old faces and some new faces on the panel of judges. Ashneer Grover and Ghazal Alagh won’t be a part of Shark Tank India Season 2, which will be hosted by Rahul Dua instead of Rannvijay Singha. Amit Jain (CEO and Co-Founder – CarDekho Group and InsuranceDekho.com) is the new shark in the tank. Other sharks include Anupam Mittal (CEO – People Group – Shaadi.com), Vineeta Singh (Co-Founder – Sugar Cosmetics), Aman Gupta (Co-Founder and CMO – boAt Lifestyle), Namita Thapar (Executive Director – Emcure Pharmaceuticals), and Piyush Bansal (Founder and CEO – Lenskart.com).

Shahid Kapoor will be making his OTT debut with the popular writer-director duo Raj & DK (Raj Nidimoru and Krishna D.K.) who are known for their unique and original content. In their second series after The Family Man, the duo has come up with a fast-paced, edgy, one-of-a-kind thriller that has a high dose of bravado, guns, and counterfeit money. Besides Shahid Kapoor, the series will also star Vijay Sethupathi, Kay Kay Menon, Amol Palekar, Raashii Khanna, Regina Cassandra, Zakir Hussain, Bhuvan Arora, and Kubbra Sait, among others.

Where to stream Farzi?
Farzi will be streamed on Amazon Prime Video, most likely in the first quarter of 2023.

The much-awaited The Family Man Season 3 has got fans all excited after the previous two seasons won their hearts. The series centres around intelligence officer Srikanth Tiwari, played by versatile actor Manoj Bajpayee. Although he has successfully managed to solve crucial cases in the previous two seasons, let’s see if he can do it again. As per grapevine, Tiwari will be handling the case related to the COVID-19 outbreak that has affected the entire world. The plot also centres around the equation with neighbouring country China as well as the northeastern part of India.

One of the most popular Hindi series on Amazon Prime Video will be coming soon – Mirzapur Season 3. The story initially began as the battle between Kaleen Bhaiya aka Akhandanand Tripathi (Pankaj Tripathi) and Pandit brothers – Guddu (Ali Fazal) and Bablu (Vikrant Massey), but now it has reached a point that it is affecting the politics and business of the town of Mirzapur of Uttar Pradesh. The latest season of this crime-based thriller series with an ensemble cast is expected to have more drama, deceit, hatred, plotting, etc. Besides, audiences will get the answer to the most important question that must have been bothering them since Season 2 – Is Munna Bhaiya (Divyendu Sharma) alive or dead?

Paatal Lok Season 2 is an upcoming Hindi crime thriller drama series where the down-and-out cop Hathiram Chaudhary (Jaideep Ahlawat) will be seen pursuing criminals who will again compel him to enter the netherworld. Deep into the realms of darkness, Chaudhary will encounter danger and deceit as things get more complicated with the passing of time. Initially, there were no plans for season 2 of Paatal Lok as the story was wrapped up by the end of the first season. But after the immense success of season 1 and high demand from audiences, makers decided to go ahead with Paatal Lok Season 2.

Made in Heaven Season 2

Wedding planners Karan Mehra (Arjun Mathur) and Tara Khanna (Sobhita Dhulipala) are back with Made in Heaven Season 2. Under the banner of their wedding management company named Made in Heaven, they will be organising big fat Indian weddings this season too. While they try to fulfill their professional commitments against all odds, they also deal with their personal issues. They are not only business partners but also best friends with amazing camaraderie. Against the backdrop of these weddings, the series will take a peek at the sociocultural norms and diversities along with a bit of wry humour.

If you have watched Panchayat Season 2, you obviously knew that there would be a third season. The letter about Abhishek’s transfer which Manju (Neena Gupta) and Rinki (Sanvikaa) received was a good cliffhanger. Jitendra Kumar as Abhishek Tripathi will again encounter a series of issues in the rural setup for which he will have to come up with indigenous solutions. In his pursuit of achieving the goal, he will face many ups and downs that form the perfect premise for fun and drama. Panchayat Season 3 is expected to release in April or May 2023. 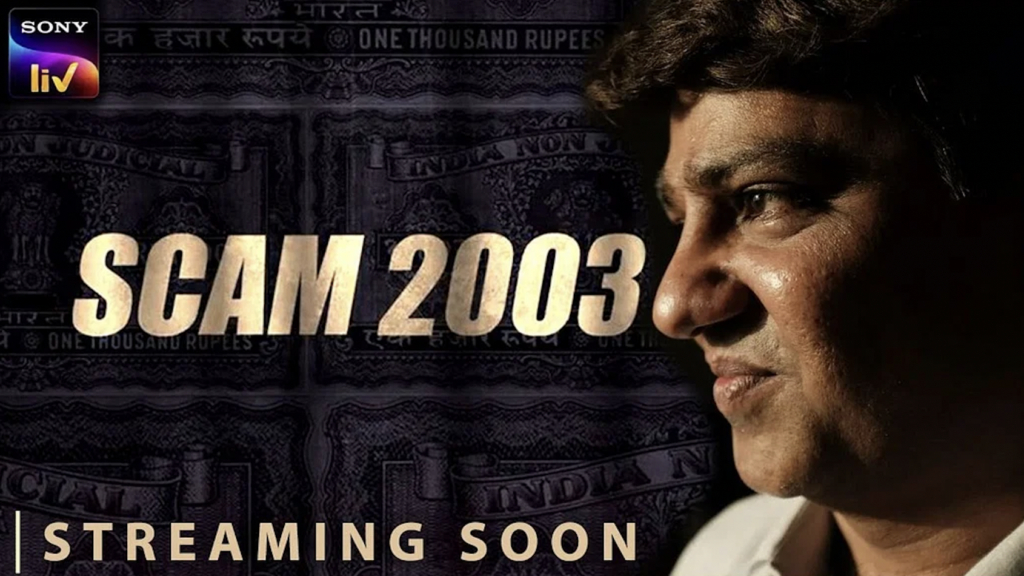 After Scam 1992: The Harshad Mehta Story, showrunner Hansal Mehta is bringing you another real-life scam story that shook the nation. Scam 2003: The Telgi Story centres around the 2003 stamp paper scam that was executed by Abdul Karim Telgi. He was born in Khanapur in Karnataka and was a fruit seller by profession. The ingenious scheme that he cooked up was not only limited to Karnataka but spread across multiple states. The series chronicles the life of the mastermind behind one of the country’s most ingenious scams, and veteran theatre artist Dev Riar will be essaying the role of Abdul Karim Telgi.

The cult-hit web series Rocket Boys is finally coming with another interesting season. Based on the lives of Dr. Vikram Sarabhai and Dr. Homi Jehangir Bhabha, the series looks into the major achievements of India’s space pioneers. In Rocket Boys Season 2, the story will centre around the events that led to India’s first nuclear bomb test near Pokhran in Rajasthan on May 18th 1974 which gave the world the message that India will no longer withstand any threats and will take any action necessary. Both Ishwak Singh and Jim Sarbh will be reprising their roles as Vikram Sarabhai and Homi Jehangir Bhabha, respectively, in this real-life-inspired drama.

Get ready for another bold, hard-hitting, and powerful season of the action crime thriller series – Apharan Season 3. For the unversed, the series revolves around a senior police inspector named Rudra Shrivastav, portrayed by Arunoday Singh. He tries to fulfill his professional duties while on a mission, but his personal life also demands his attention with a lot happening in this part of his life as well. A new, interesting twist is expected in this installment of the series to make up for the death of Ghilori in the last season. So, something unique and suspenseful awaits you in the upcoming series.