“The Coolpad Cool 1 Dual is as good as the Honor 6X or the Xiaomi Redmi Note 4, if not better”

LeEco is the now the largest shareholder of Coolpad, which means that the phones of the future from this collaboration will reflect the traits of both these Chinese brands. And, the future is already here in the form of the Coolpad Cool 1 Dual. The Cool 1 Dual has a lot of factors going for it: it’s the cheapest dual camera smartphone in the market, it’s got specs that are the best in class, and it can go head on with favourites like the Xiaomi Redmi Note 4 and the Honor 6X. So, let’s dive right in and find out if the Coolpad Cool 1 Dual really is the Cool one. 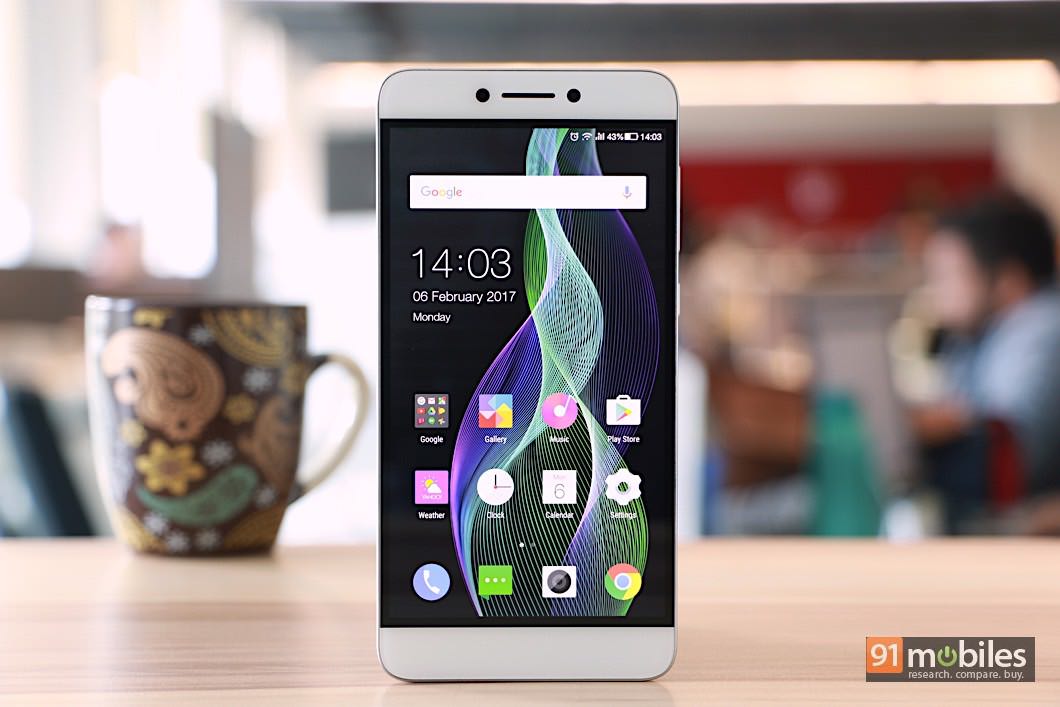 Starting with the design, you will immediately notice the LeEco influences in the Cool 1 Dual. The phone looks similar to the LeEco Le 1s (review), not the Le2 and I’ll tell you why. The LeEco Le2 (review) doesn’t break the metallic continuity from back to front. The Cool 1 Dual, on the other hand, does exactly that. Furthermore, unlike the Le2, the Cool 1 Dual does retain a headphone jack. Apart from that, it’s same in terms of look, feel, and shape from every angle. And that is not a bad thing; LeEco phones generally look great and so does the Cool 1 Dual.

But there is one particular thing I don’t like about LeEco smartphones and that is present on this phone too. I am talking about the display. Now it’s good that you get a full HD IPS LCD panel with good colour reproduction, but the black bands on the sides are an eyesore. This has been been a staple on most LeEco smartphones too. I also felt that the brightness and viewing angles could have been a bit better.

Looking past the average display, the camera on the Cool 1 Dual actually impressed me. The first thing you will notice is that the vertical rear camera module actually houses two lenses; one is a standard RGB lens and the other is a monochrome lens. Yes, the implementation is similar to what we saw in the Huawei P9 (review). There are a couple of things you need to know here.  Firstly, in regular shots both the lenses combined create a detailed and rich image, thanks to the use of the monochrome lens that can generally capture more detail than an RGB lens. Secondly, you can shoot some artistic-looking black and white images using the monochrome lens. Thirdly, with the SLR mode you can adjust the focus according to your preference, and produce some bokeh shots.

All the tech jargon aside, the cameras on this smartphone are, simply put, the best in its class. I managed to capture a few excellent outdoor shots, and the indoor shots came out crisp too. The phone still won’t compare to a flagship like the Samsung Galaxy S7 (review) or even Huawei P9 in the low light, but it still is one of the best cameras in its range. Moreover with a dedicated Night mode — which is a bit slow to process the final image by the way — it’s one of the better cameras for shooting in low light as well. Also, the bokeh shots do look great but I liked the depth-of-field offered by Honor 6X’s dual cameras more. The fact that you can change the focus area even after you have clicked the image is definitely a cool addition. But you can do so only in the in-built camera app.

Coming to videos, our footage turned out to be shaky because of the lack of OIS. However, the phone can shoot videos in 4K, which definitely gives it an edge over its immediate competition. On the front you get an 8MP shooter and it is not really that good. My test selfies looked soft and unnatural, and in low light the camera really struggled to produce a usable image.

So, in all the dual cameras definitely live up to the hype.

Instead of running the Cool UI skin on top of Android Lollipop like the other Coolpad smartphones, the Cool 1 Dual runs LeEco’s eUI. This is a good thing because eUI offers better memory management and you also get themes on it. Having said that, I still have certain issues with it. Like most Chinese skins, even eUI doesn’t have an app drawer and it doesn’t include quick settings in the notification shade. The quick settings are instead placed in the multitasking window, which seems a little odd. The other big change that I noticed is that while you do get free LeCloud storage on this phone, you don’t get the LeVidi app present on other LeEco smartphones. The LeVidi app gives you access to live TV and free movies, apart from other entertainment content. Therefore, my suspicion is that LeEco wants to keep some of its signature features exclusive to its own phones, especially in India. 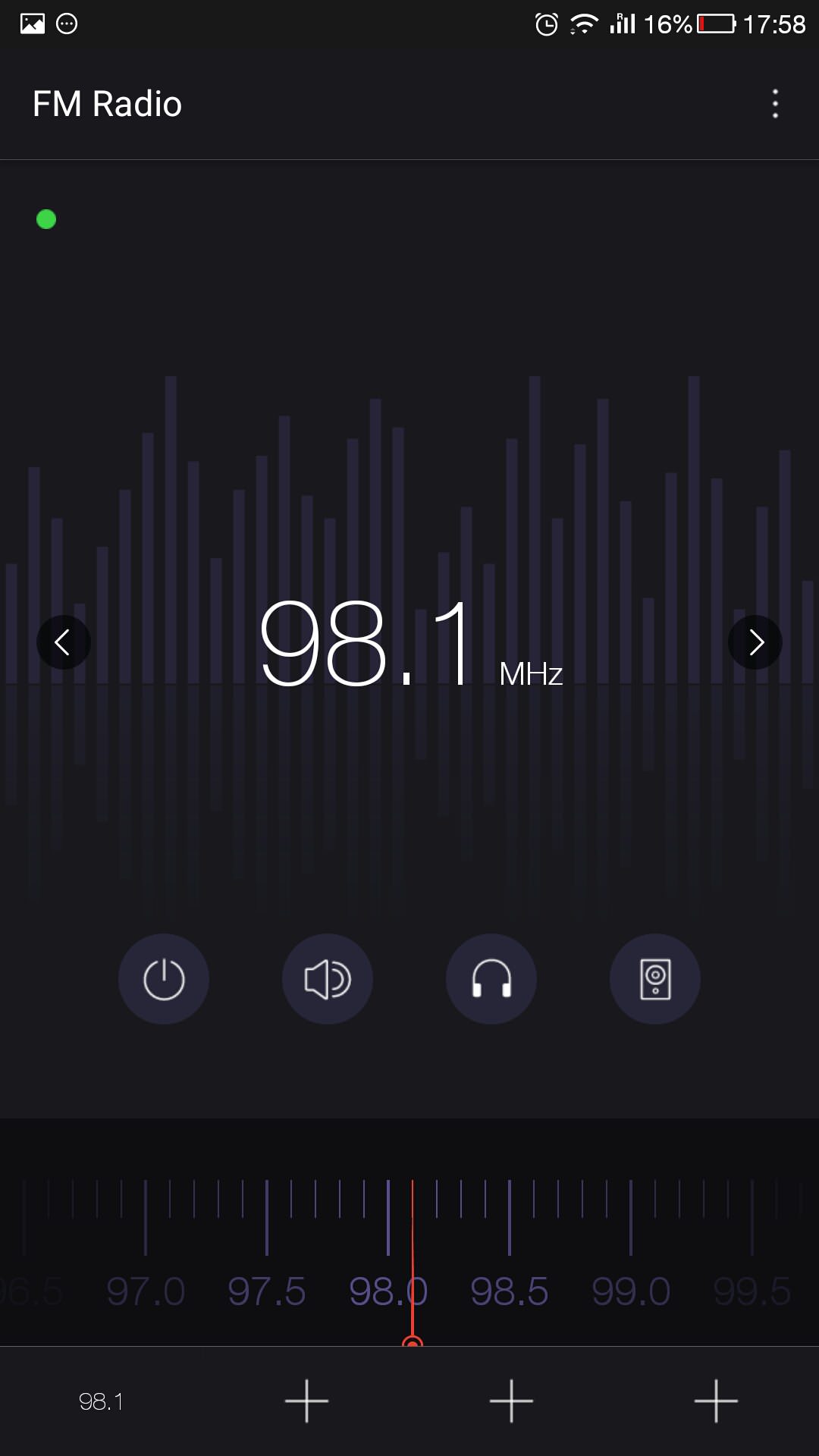 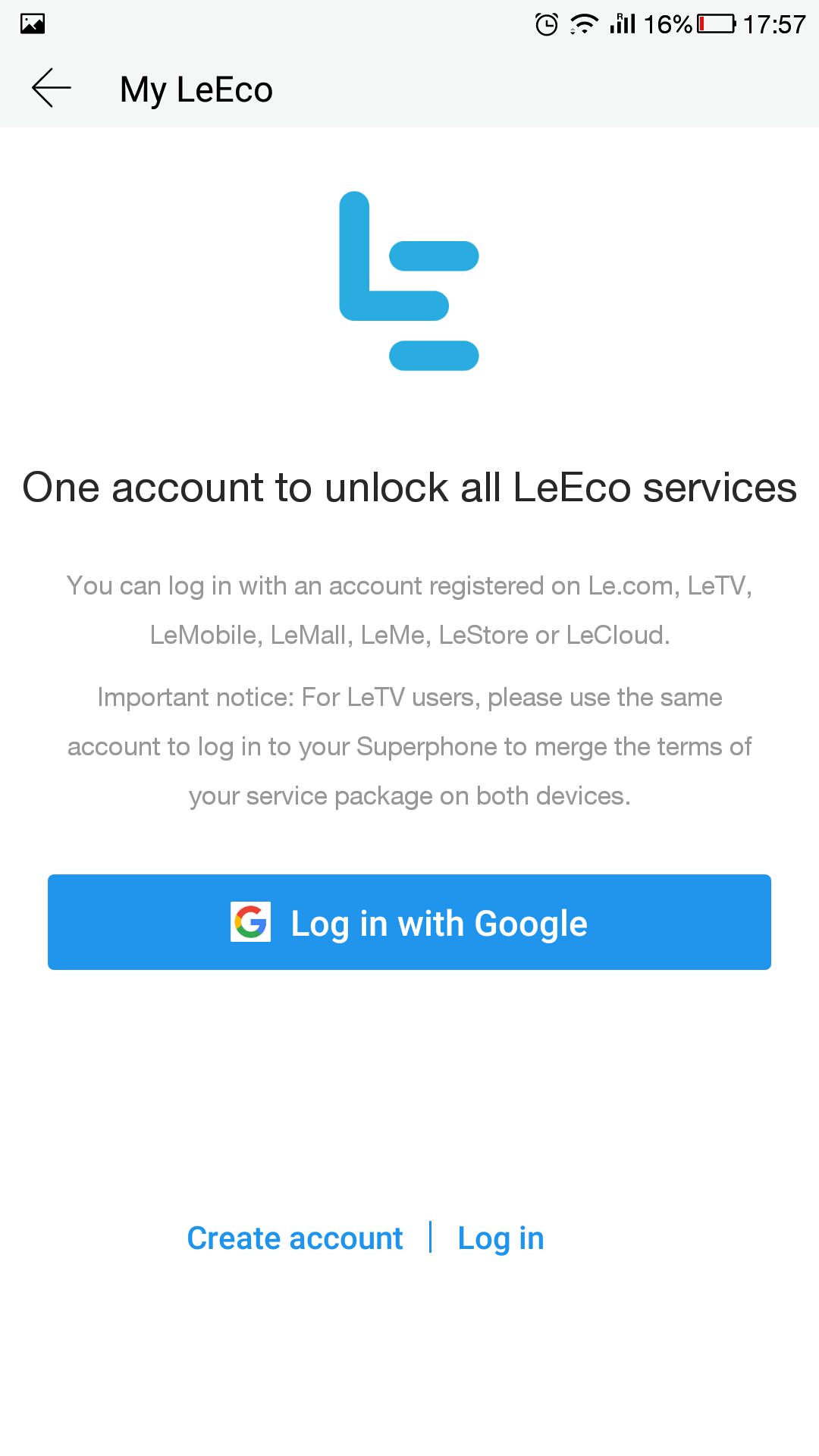 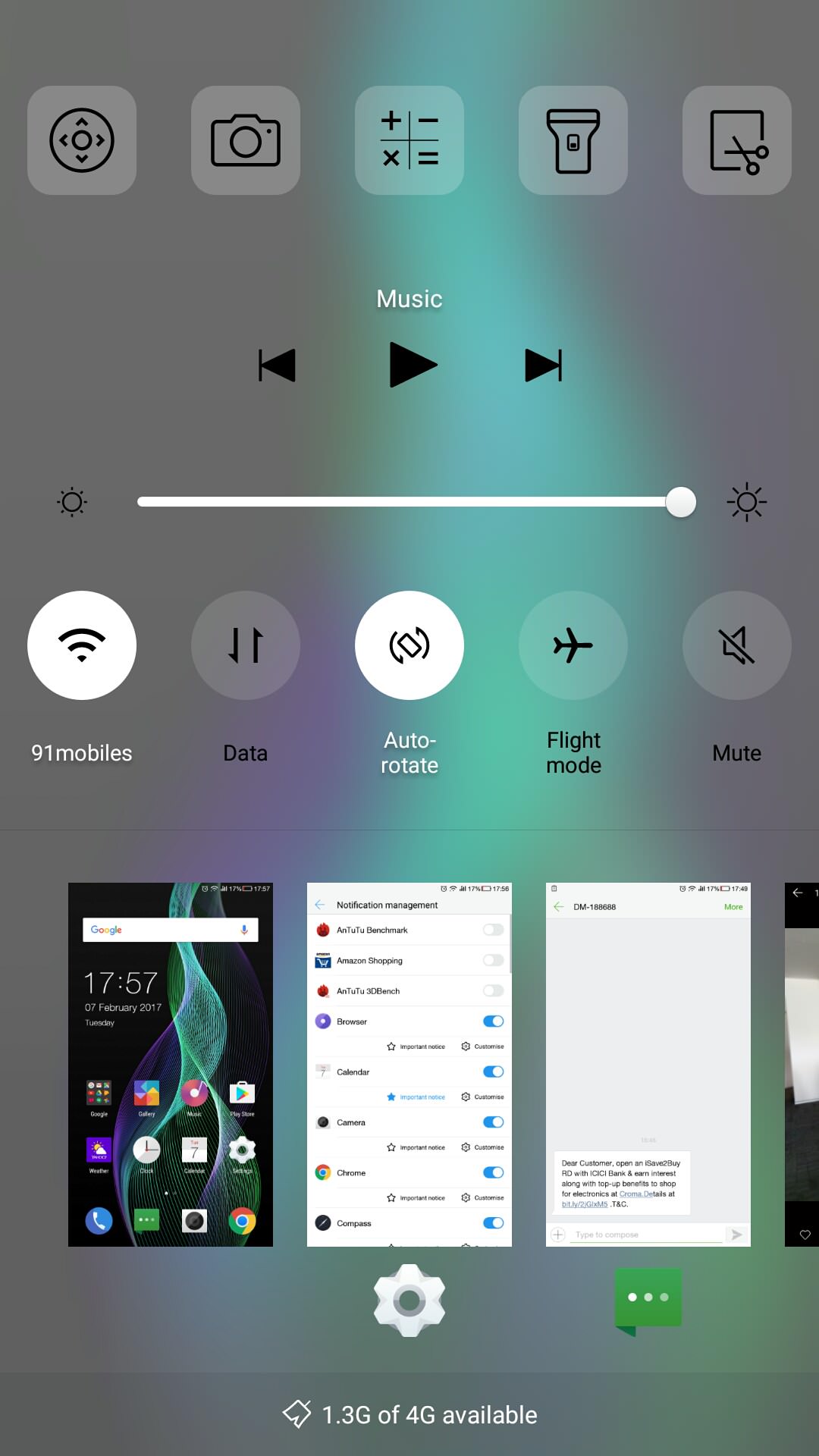 Performance and other features

The phone comes with a Qualcomm Snapdragon 652 CPU and 4GB of RAM. The 652 has proven its prowess in the processing department in the past. In my review duration, the Cool 1 Dual handled advanced tasks like gaming with ease. The phone comes with 32GB of internal storage with no option to add a microSD card. 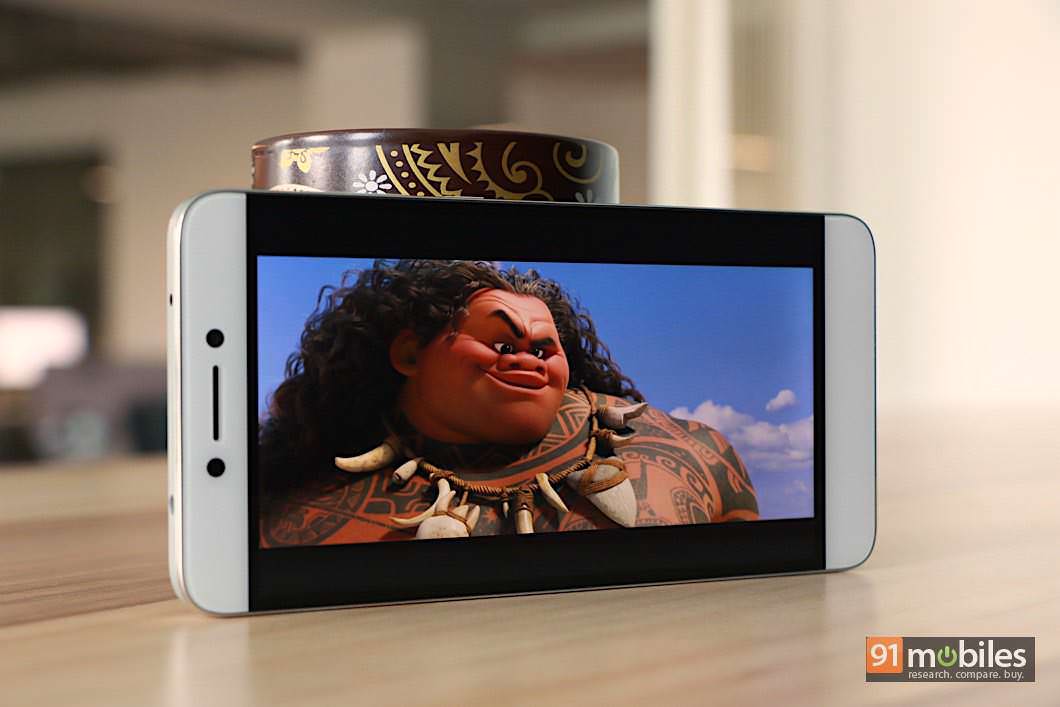 There’s a fingerprint scanner on the rear which is quite fast. There’s also an IR blaster on top which lets you use your phone as a universal remote. For people who like tuning in to FM radio, the Coolpad Cool 1 Dual also includes that. Talking about radio, I am reminded of the performance of the loudspeakers: let’s just say it is underwhelming.

The phone packs a 4,060mAh cell, which will easily last more than a day of use for most users. However, I did notice some abnormal battery drain while using 4G data. Thanks to the support for Quick Charge 2.0 on the Cool 1 Dual, you should be able to top up the battery pretty fast too. 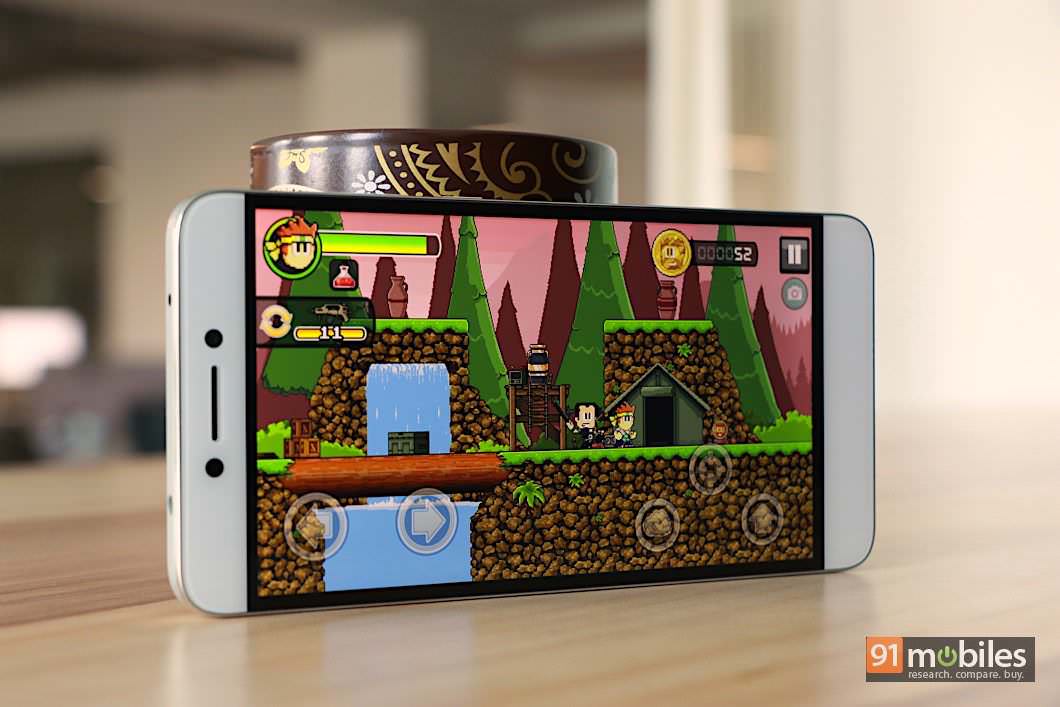 Overall, the Coolpad Cool 1 Dual is a feature-packed phone; be it the capable dual cameras, the neat software, or inclusions like FM radio and an IR blaster. I do have minor niggles with the phone… but quite honestly the “good” overtakes the “bad” here. The Cool1 Dual is one of the best all-round phones under Rs 15,000, and possibly the best camera phone under this price bracket. Your other options include the wonderfully reliable Xiaomi Redmi Note 4 (review) and the other dual camera-toting affordable phone, the Honor 6X (review). Essentially, you are spoilt for choice…