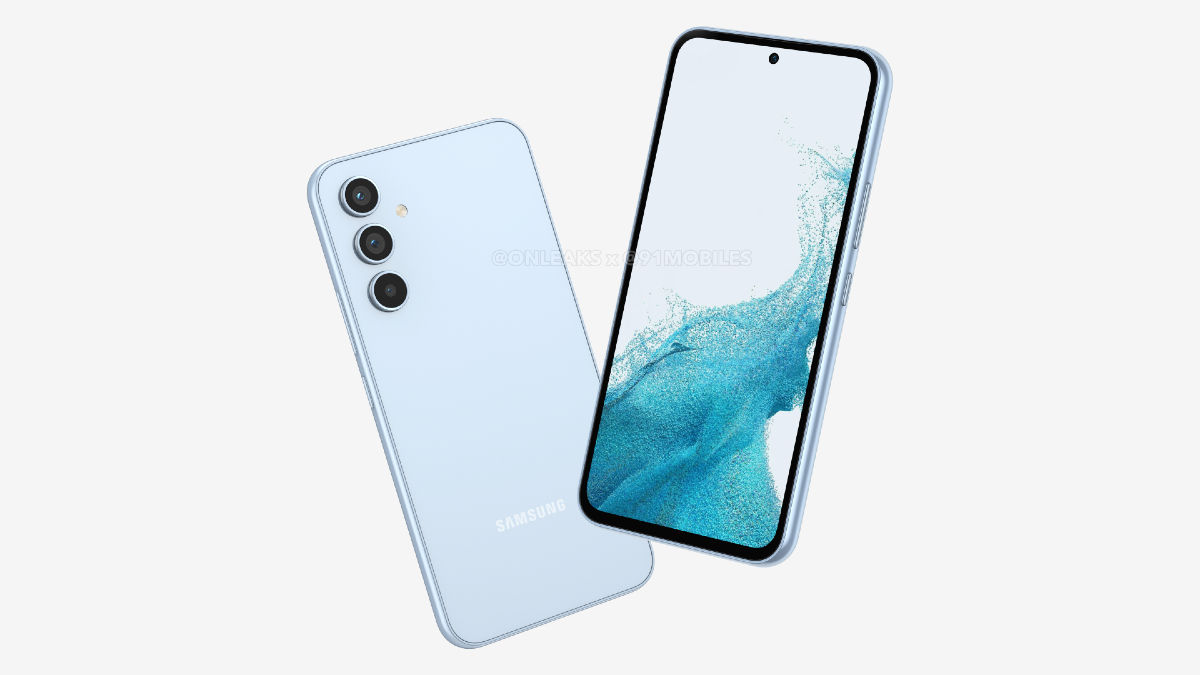 91mobiles has exclusively brought to you Samsung Galaxy A54 5K renders and a 360-degree video, in a partnership with noted leakster Steve Hemmerstoffer aka OnLeaks. The handset comes as a successor to this year’s Samsung Galaxy A53. The design of the phone looks quite familiar, with a centre-positioned punch-hole cutout for the selfie shooter, chunky bezels, triple cameras on the back that are protruding and probably an in-screen fingerprint sensor. OnLeaks has also given us some specifications, including a 6.4-inch display.

The Samsung Galaxy A54 is expected to launch around early 2023 and will also find its way to India. Samsung Galaxy A-series has been one of the bestsellers for the company and it’s about time we get a Galaxy A53 successor.

The Samsung Galaxy A54 has a centre-positioned punch-hole cutout for the selfie snapper and slightly chunky bezels. The volume rocker and power button are on the right edge. The USB Type-C port, microphone, and speaker grille are at the bottom. The SIM ejector tray and secondary microphone are housed at the top. The triple camera sensors and an LED flash are present at the back without any borders. We have the typical Samsung logo on the rear as well.

According to OnLeaks, the Samsung Galaxy A54 is said to sport a 6.4-inch display, which could be an FHD+ panel with a 120Hz refresh rate. The phone is said to get triple rear camera sensors, but the details aren’t clear yet. The Samsung Galaxy A54 could measure roughly 158.3 x 76.7 x 8.2mm. However, other specifications are unknown at the moment.

Earlier leaks have revealed the phone would come with a 4,905mAh battery, which technically should be marketed as a 5,000mAh unit. The triple camera layout on the back could include a 50MP primary sensor and the phone will skip a dedicated depth sensor; instead, the primary camera will be capable of collecting that data as well.

The Samsung Galaxy A54 is tipped to come with the Exynos 7904 processor paired with 6GB RAM and 12GB storage, but we can’t confirm these details just yet. 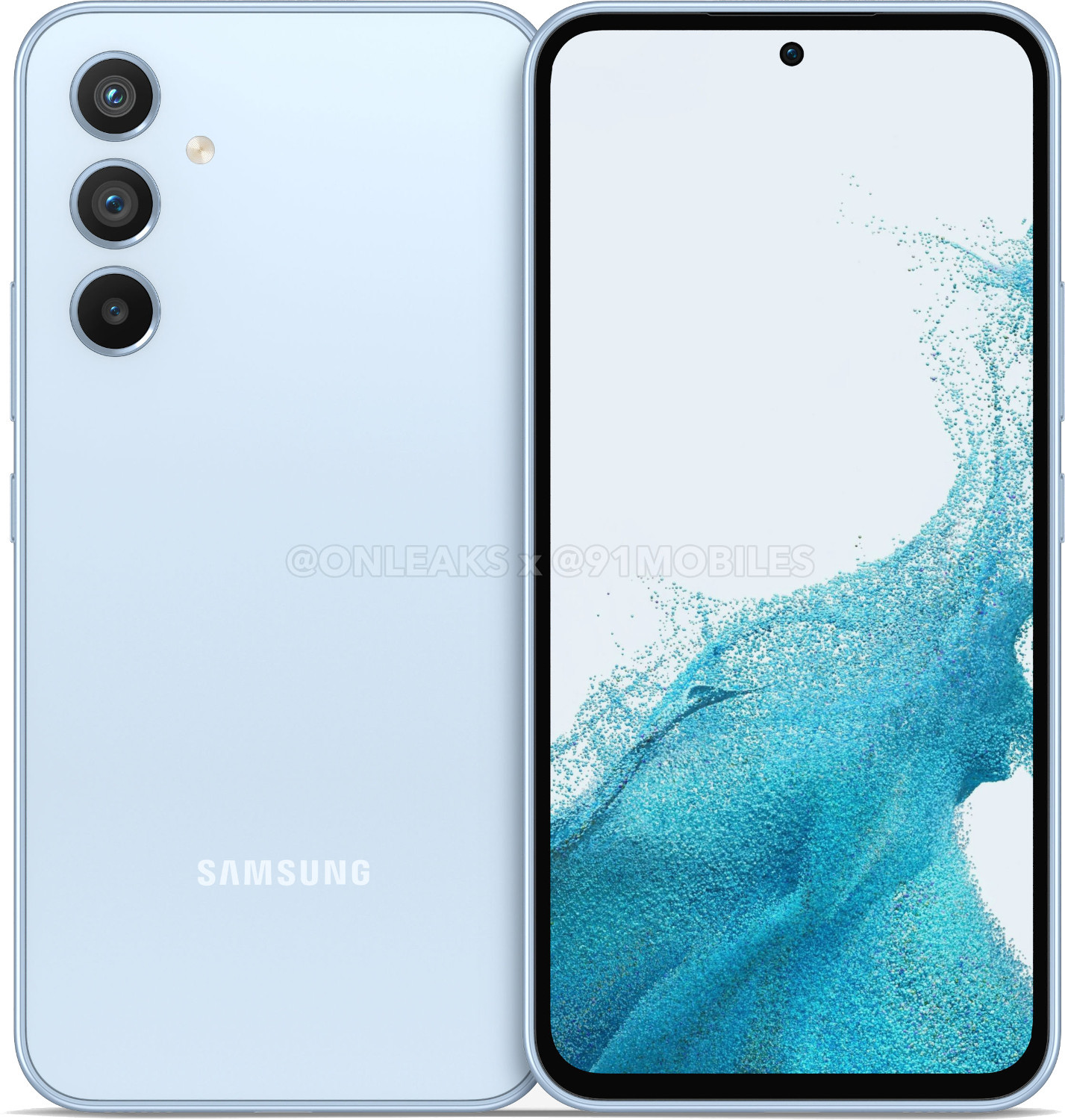 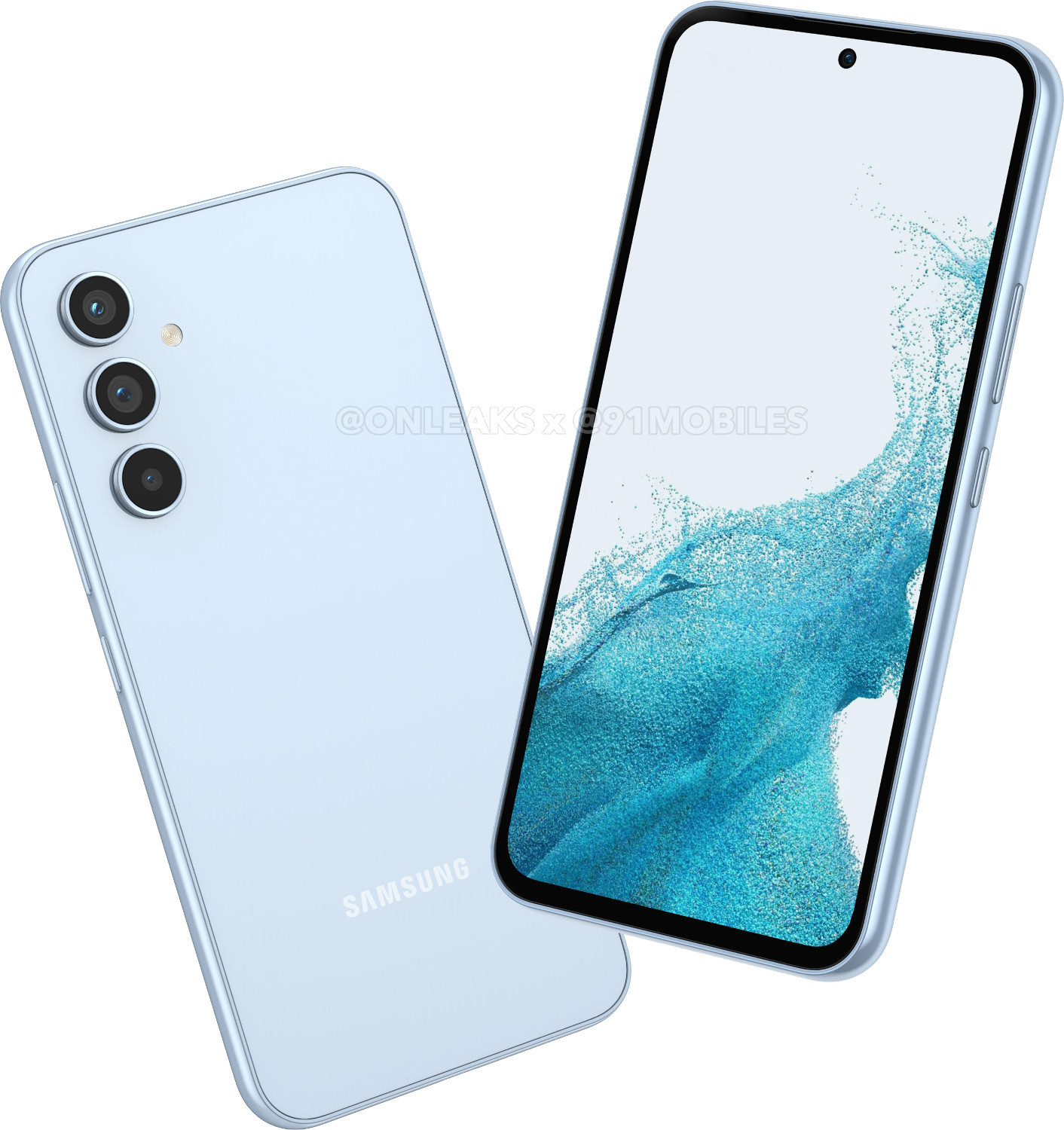 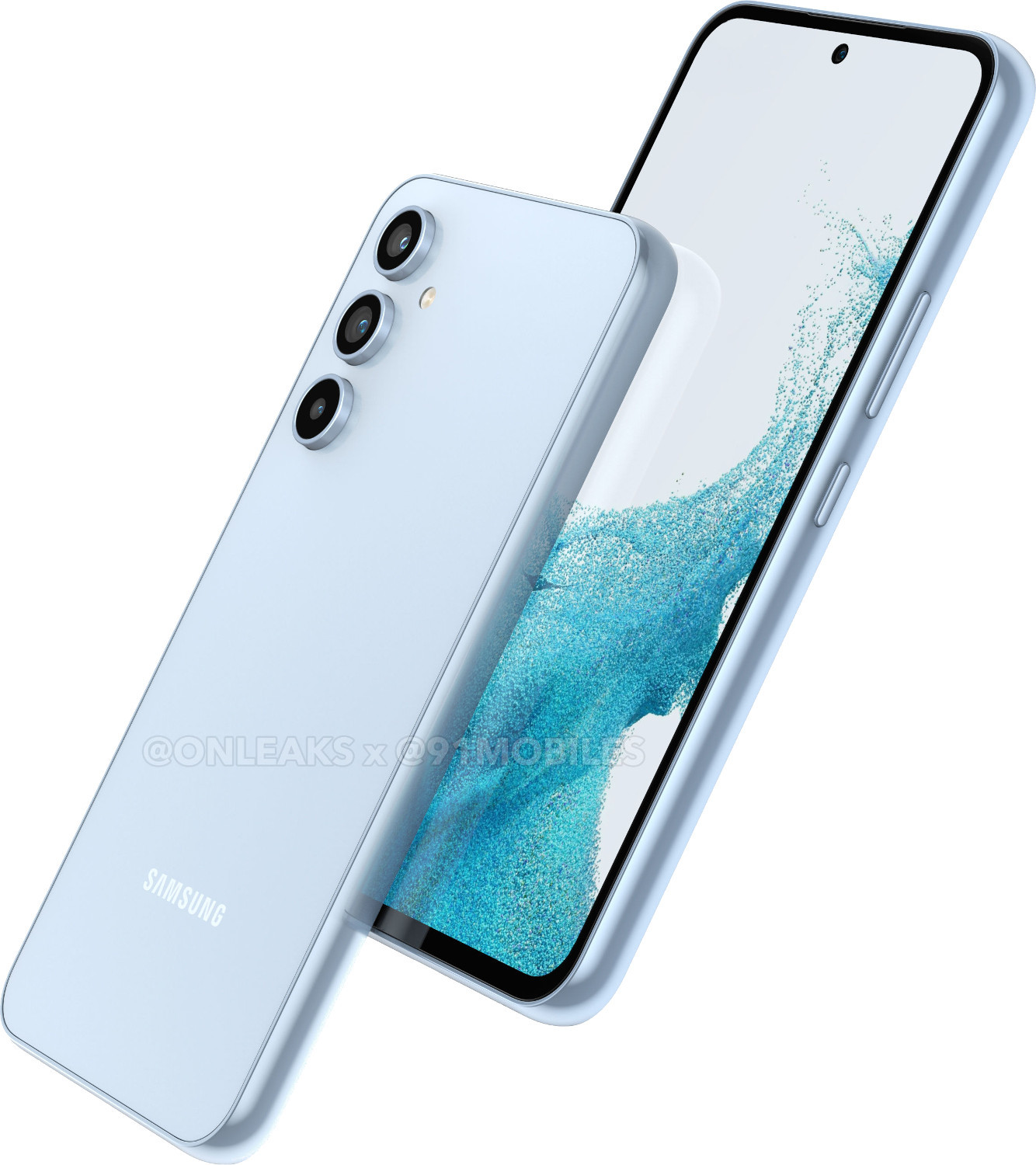 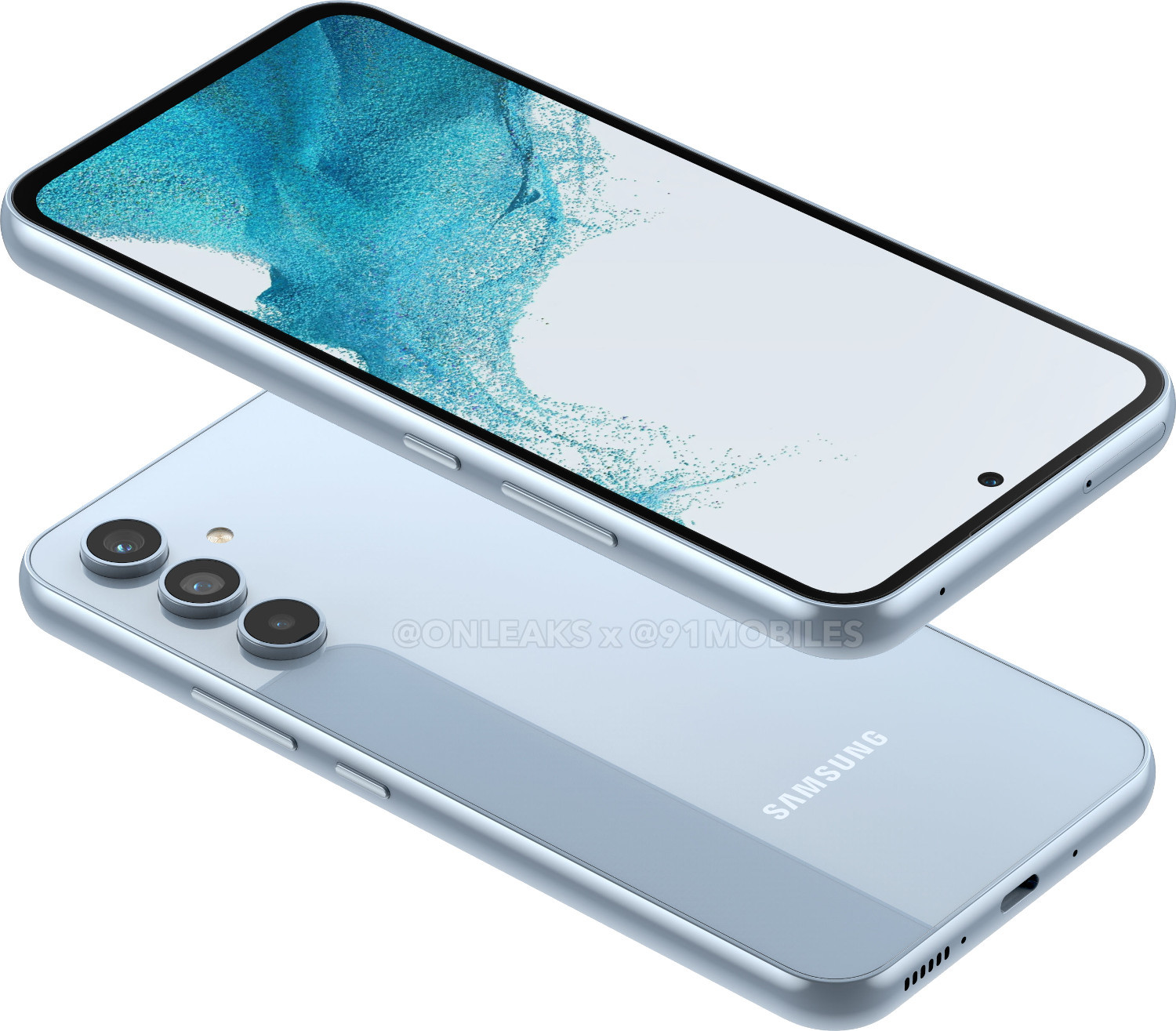