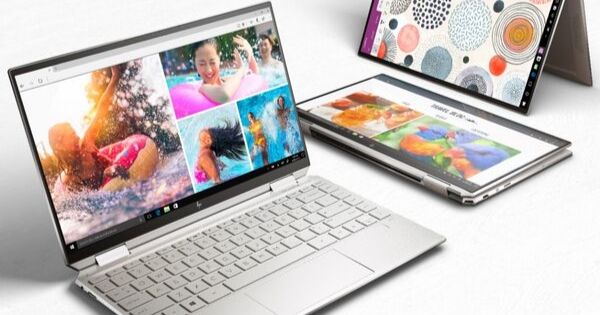 HP has announced the latest iteration of its 2-in-1 Spectre x360 13 laptop. The 2019 variant comes with slim bezels, smaller size, up to 4K OLED 13-inch display, improved network connectivity, 10th generation Intel Core chipsets, and more. The Spectre x360 13 also offers amazing battery life among laptops in the same price range. Thanks to the slim bezels, the laptop boasts a 90 percent screen-to-body ratio. Despite the slim bezel on top, HP has managed to cram a tiny 2.2mm thick webcam with Windows Hello support. HP also claims that this is their best and brightest Spectre x360 13 so far.

According to HP, the Spectre x360 13 will go on sale later this month and will start at $1,099. A variant with a Nightfall Black casing will also be available for purchase from Best Buy, along with a Natural Silver version. Users can also opt-in for a Sure View Gen3 built-in privacy screen, but that will only be available in January 2020. As mentioned earlier, one of the main new design changes with the new model is the 13 percent reduction in bezel size around the display.

Apart from slim bezels, the HP Spectre x360 13 can be configured with up to 4K OLED display that offers 400 nits of brightness with True Black HDR support. The laptop comes with a Display Control feature, which lets users switch between different colour gamuts. For example, users can switch from DCI-P3 to sRGB to Adobe RGB based on the screen content. The base variant of the laptop gets an FHD LED display, 10th generation Intel Core i5 1035G1 chipset, 8GB LPDDR4 RAM, and 256GB SSD storage.

The high-end variant, with the 4K OLED display, comes with the 10th generation Intel Core i7 1065G7 processor, 16GB RAM, and up to 1TB of NVMe SSD storage. The Intel 10th generation Ice Lake processors are equipped with the latest Iris Plus graphics. Both variants come with Intel 32GB Optane memory. HP states that the laptop should last for about 22 hours with the FHD display, whereas the OLED panel will not last as long as it draws more power. The laptop gets a single-key microphone, a Webcam kill switch, Intel Wi-Fi 6, optional 4×4 Gigabit LTE, and a Windows Precision powered touchpad.