91mobiles.com
Home How To Pakistan vs England final live streaming: How to watch ICC T20 World... 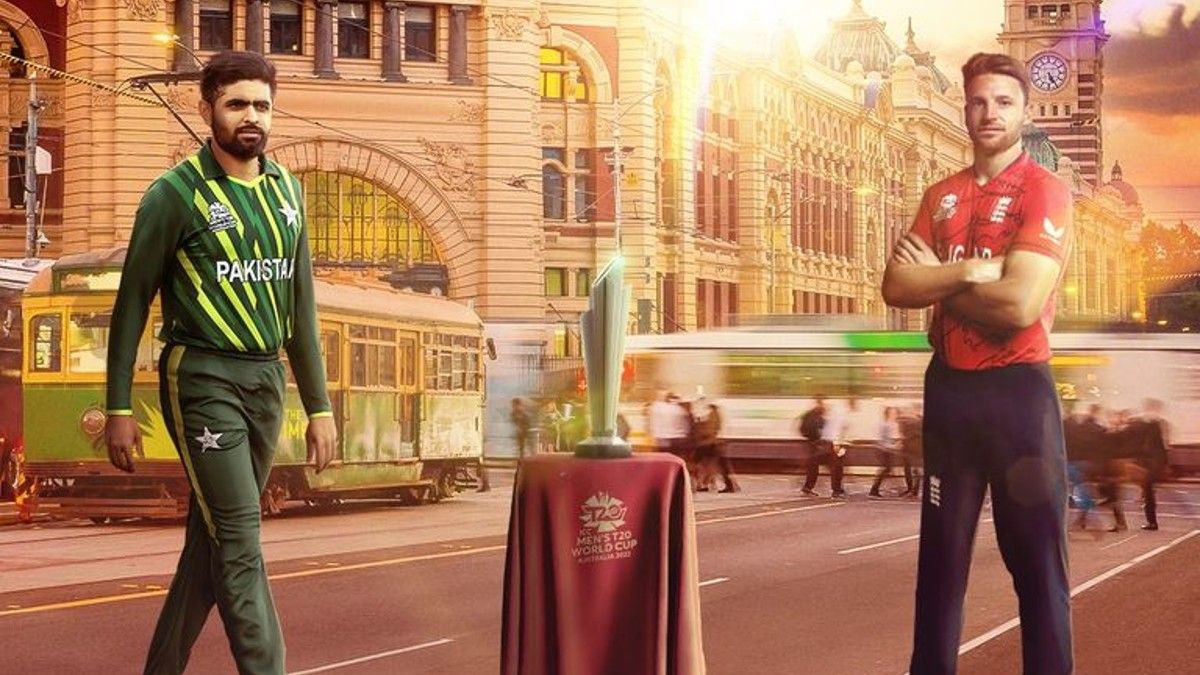 ICC T20 World Cup 2022 final between Pakistan and England will kickstart at 07:00 pm local time, which in India would be 01:30 pm. The match will be played at Melbourne Cricket Stadium, Australia. England will start as favourites to win the T20 World Cup 2022, following its thumping win against India in the semi-finals. However, it won’t be easygoing for the Jos Buttler-led side. Pakistan seems to have found form, following its surprise qualification into the semis. The Men in Green was great with bat and ball against New Zealand in the ICC T20 World Cup 2022 semi-final. All-in-all, it will be a mouth-watering contest.

If you are looking for ways to watch the ICC T20 World Cup 2022 final live streaming online on a mobile phone, laptop, and some smart TVs in India and around the world, follow our guide below:

England vs Pakistan final live telecast: Where to watch ICC T20 World Cup 2022 final live on TV in India and other parts of the world 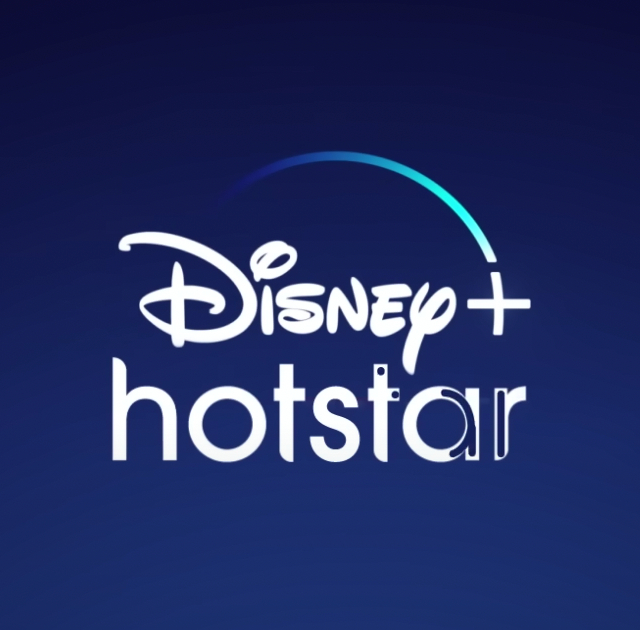 In India, all the ICC T20 World Cup 2022 matches will be available to live stream via Star’s streaming platform, Disney Plus Hotstar. The service can be accessed via both app and website and comes in various sets of subscription plans bifurcated on the basis of video-audio output, and validity among other benefits. Disney Plus Hotstar also comes with casting support for users to enjoy the content they are watching, in this case, T20 World Cup 2022 on their television.

For the uninitiated, the Disney Plus Hotstar subscription can be fetched for free with select Jio, Airtel, and Vi plans. Additionally, the subscription is also available with Times Prime membership and Flipkart SuperCoins.

Formerly known as Tata Sky, the Tata Play app is a convenient way for Tata Play set-top box subscribers to catch up with their favourite TV shows and movies on the go. Cricket fans in India can use the app to watch the T20 World Cup 2022 matches live as long as there’s an active sports plan recharge, specifically the Star Sports channels, on their Tata Play subscription. Simply download the app on Android or iOS and sign in with a registered mobile number or Subscriber ID and make your way to the live TV tab. From there the app will automatically redirect you to the Disney Plus Hotstar app to provide the match live stream even if you haven’t subscribed to the Hotstar yet. 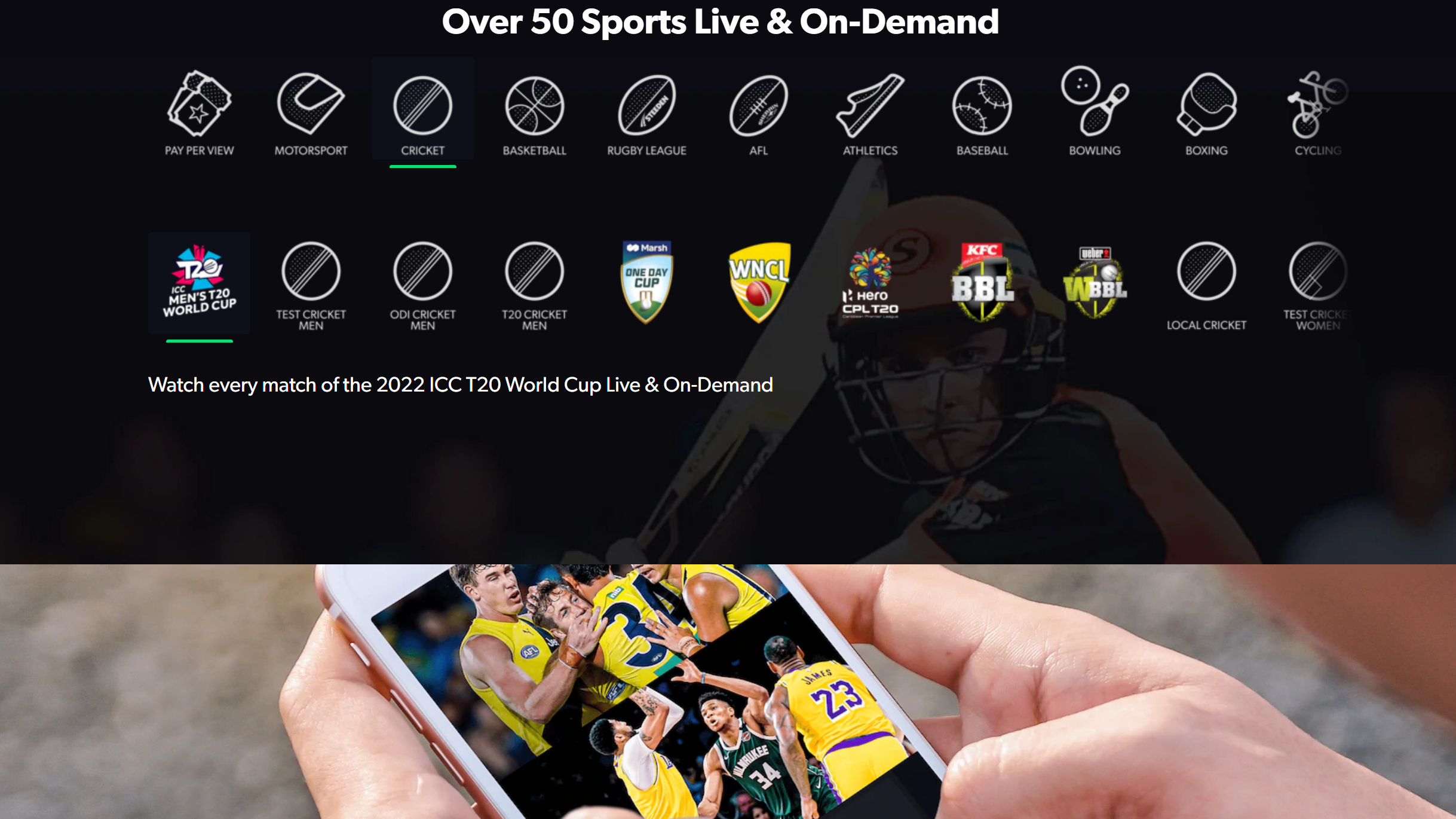 Australian cricket fans can resort to Kayo Sports to catch up with the ICC T20 World 2022 games. Owned by Australia’s television company Foxtel, Kayo Sports is an on-demand and live sports OTT platform that owns the digital rights to several sporting events and channels. The basic plan called ‘Kayo One’ which allows streaming only on one screen at a time starts at $25 per month while the highest end, ‘Kayo Premium’ may set you back $35 a month if you wish to watch content on 3 screens simultaneously among your friends or family members. When signing up for the first time, users can avail a free trial of 14 days.

The digital rights to the T20 World Cup 2022 have been given to SuperSport for the Sub-Saharan Africa region. Users will be required to get a SuperSport subscription in order to watch the cricket matches. Subsequently, SuperSport’s own streaming platform DStv will be showcasing the games as well on scheduled dates. 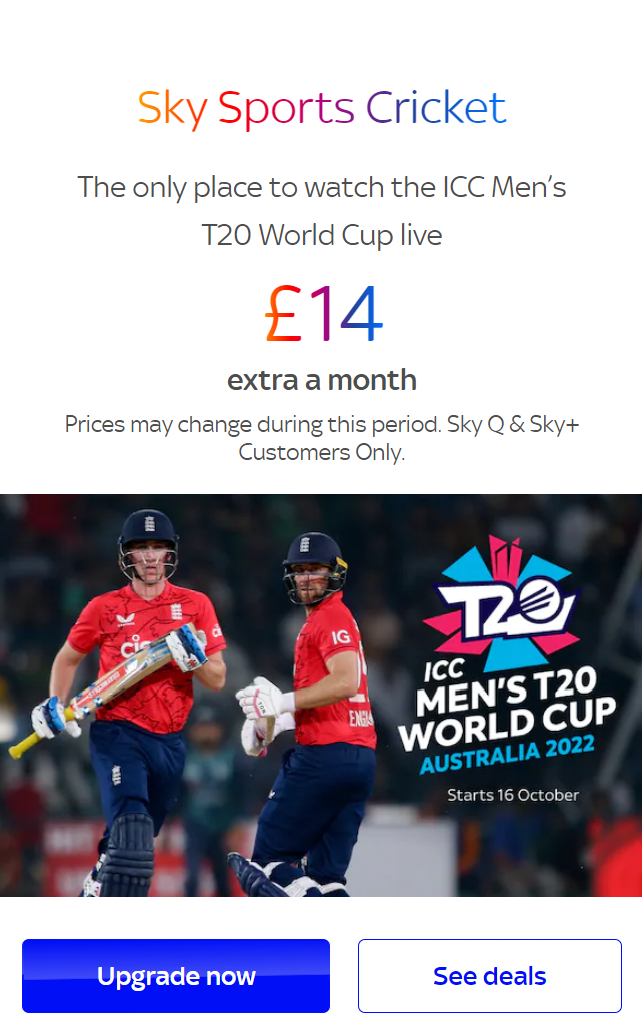 Cricket fans in England can watch and cheer for their favourite cricket teams via NOW TV and Sky Go streaming services both of which are owned and operated by the Sky Group. While NOW TV has dedicated sports membership packages, Sky Go is an on-demand online television channel service. NOW TV is available for £33.99 which includes a whole month of access to Sky Sports channels. But there for new users currently the plan is available at an offer price of £25 upon signing up.

Lastly, cricket fans in New Zealand can binge-watch all the upcoming ICC T20 World Cup 2022 matches via the Sky Go app. The app is free to use for all the existing Sky customers having a Sky Box in their homes. 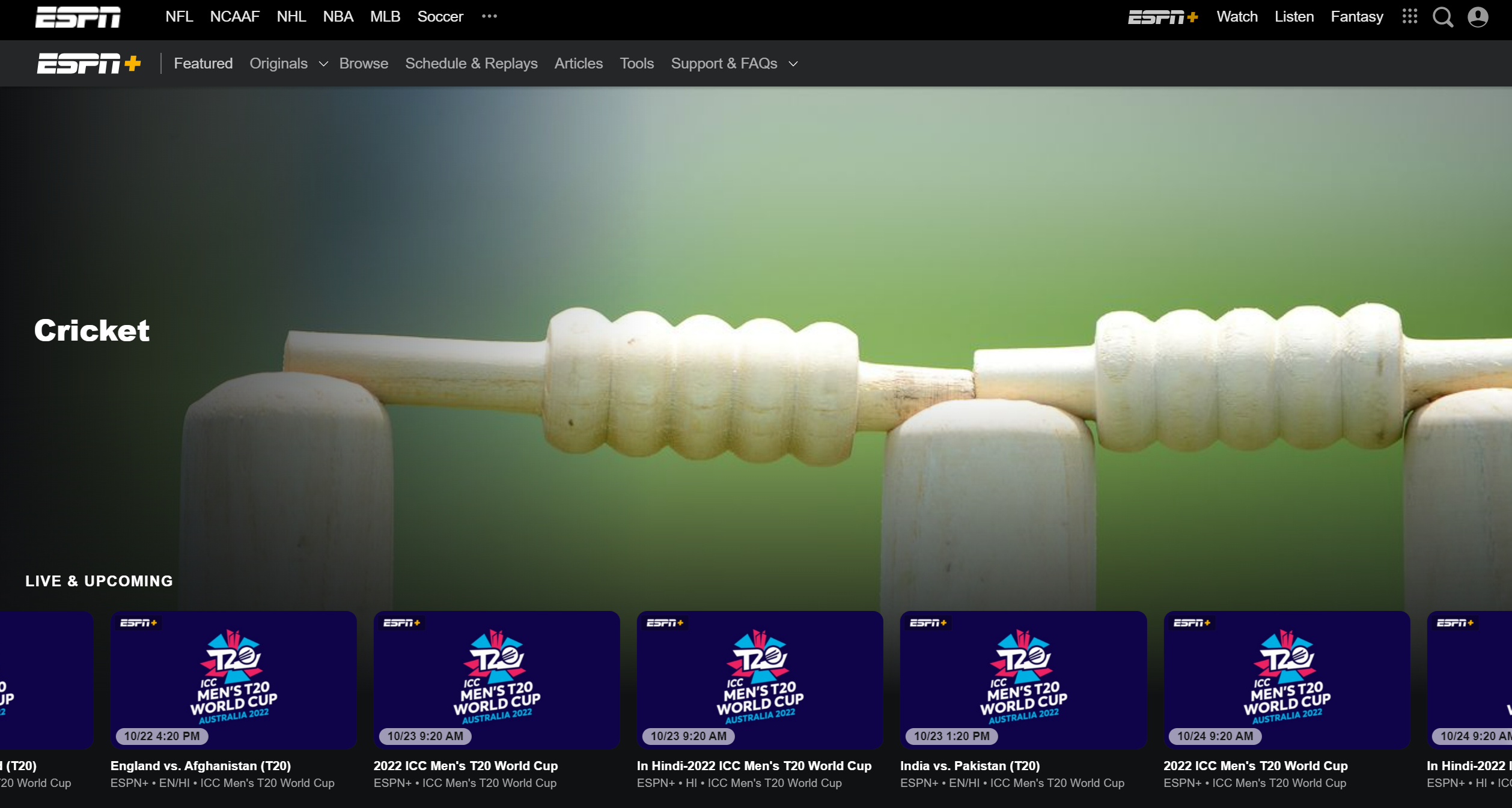 The Disney-owned sports-centric streaming service, ESPN+ will also provide cricket enthusiasts in the US with live stream of the T20 World Cup 2022. Apart from cricket, the app also comes with on-demand streaming of NFL, NBA, and MLB among other popular leagues. To get started, viewers can purchase the monthly subscription package of $9.99 while the annual subscription plan is available for $99.99 which gets you HD live stream for all the games. A myriad of devices is supported with ESPN+ such as Android phones, tablets, iPhones, iPads, Smart TVs and even gaming consoles such as PlayStation and Xbox. There’s casting and AirPlay functionality as well. So no matter what device you own or prefer, ESPN+ has got your back for you to enjoy the cricket T20 World Cup. A subscription plan can be purchased from the official website.

Rest of the world

As for the rest of the regions, T20 World Cup 2022 live streaming will be available via the following platforms:

And then there were four…

Team-wise, India is at the top position in the T20I rankings with a total rating of 268 points in 58 matches. This is followed by England and South Africa with ratings of 263 and 260 points respectively. 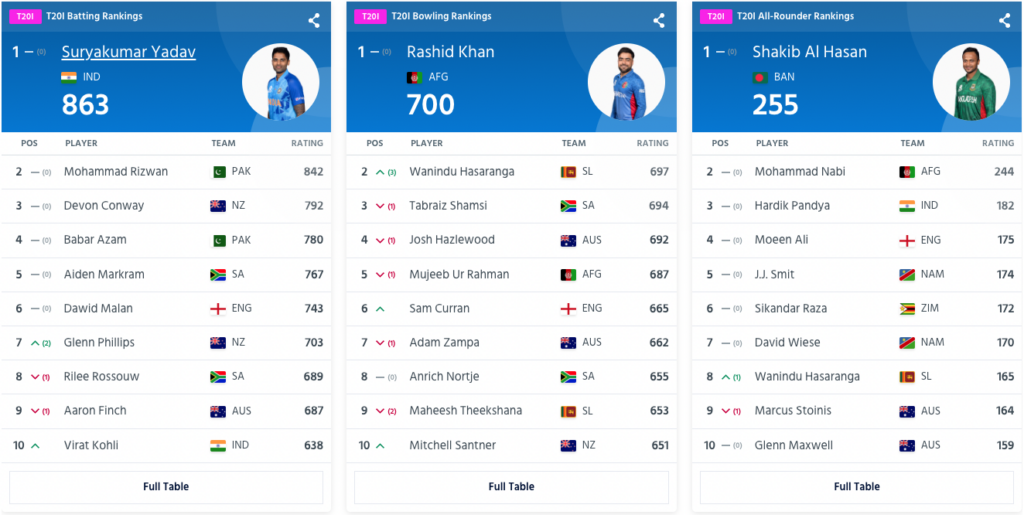 2. How many times England and Pakistan have won the ICC T20 World Cups?

England and Pakistan both have won the ICC T20 World Cup once. Pakistan lifted the trophy back in 2009, while England became the T20 world champion in 2010.

India vs England T20 World Cup live streaming and telecast: How to watch the semi final match for free online and on TV