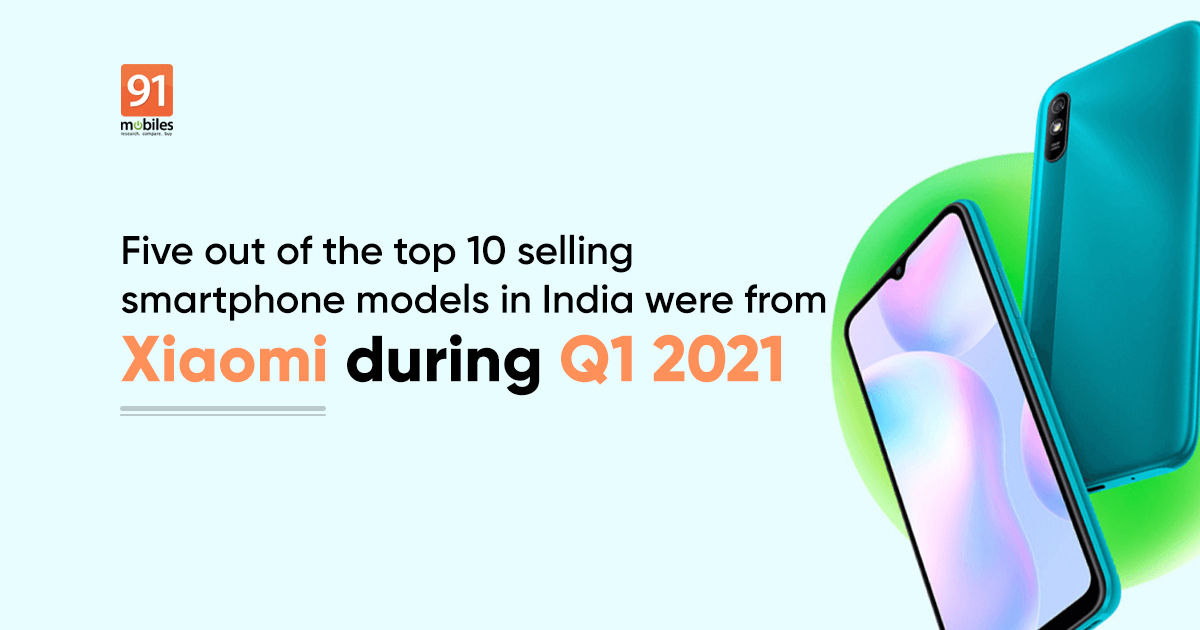 Against all odds, the Indian smartphone market still managed to grow 23 percent year-on-year (YoY) in Q1 2021, according to data compiled by Counterpoint Research. We can attribute this to the barrage of product launches that happened in February and March of this year. However, Q2 is expected to be a lot more tepid, as the market will undoubtedly quiet down following the second COVID-19 wave. Counterpoint’s findings determine that Xiaomi lost some of its market share in Q1 2021. However, Xiaomi smartphones still account for 26% of all devices sold (as opposed to 31 percent in Q1 2021). Despite the minor setback, it still reigns supreme as the largest smartphone brand in India. The Redmi Note 10 series, Mi 11i 5G, and Redmi 9A were the most popular Xiaomi smartphones this quarter.

Samsung seems to have made quite an impressive recovery after its somewhat lackluster Q1 2020. Its Galaxy M, Galaxy F, and Galaxy A series launches have worked their magic, with the Galaxy A32, Galaxy A52, Galaxy A72, and Galaxy M12 starting the show. The Galaxy S21 series, on the other, hand failed to make much of an impression, but that is somewhat understandable. Vivo’s X series of smartphones seem to have made quite a splash, too, especially the Vivo X60. We can’t say the same for its cousin Realme, though. Despite its non-stop product launches, the newcomer lost 4% market share in Q1, 2021. Realme could remedy this in Q2 with its low-cost 5G-ready smartphones.

OPPO had a fairly decent year, too, with a growth rate of 12% year-over-year and a market share of 11%. OPPO has lost a lot of ground over the years, especially to the likes of Xiaomi and Realme. Meanwhile, POCO saw a whopping 553% growth compared to last year, mostly due to the POCO M2 and X3 Pro. Apple and OnePlus grew by 207% and 300%, respectively in the high-end segment, which is hardly surprising, considering that neither company competes in other segments. The often-ignored Transsion (Itel, Infinix, Tecno) group moved an impressive number of smartphones, too.

Stranger Things Season 5 release date in India, cast, trailer, episodes, and everything we know so far