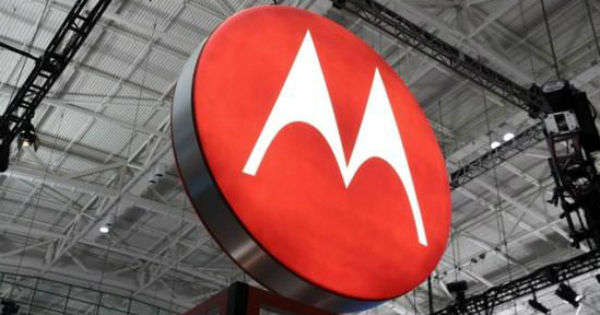 An unknown Lenovo phone with model number XT2083-1 has received the Wi-Fi Alliance certification. The listing reveals that it’ll have dual-band Wi-Fi connectivity and boot Android 10 OS, possibly with a near-stock interface. However, it doesn’t reveal the exact moniker of the phone. Nonetheless, considering the model number format and dual-band Wi-Fi connectivity, it could be a mid-range Motorola handset, probably part of the Moto G or E-series. 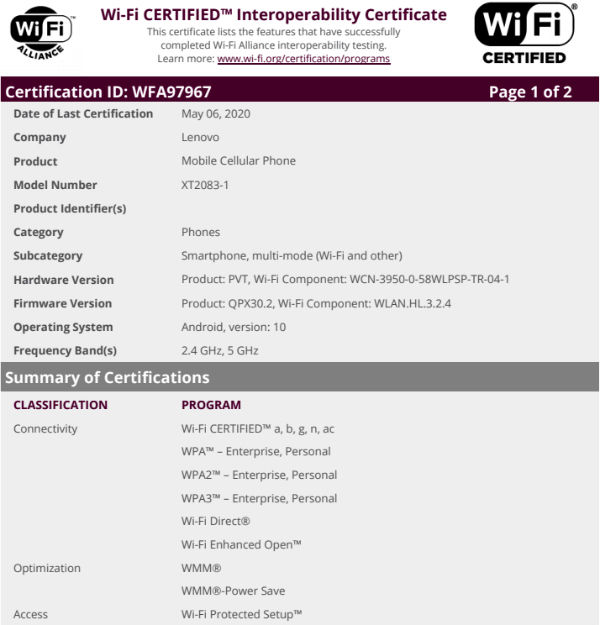 Separately, another Lenovo phone with model number XT-2073-2 had also bagged the Wi-Fi Alliance certification back in March. It is said to arrive with Android 10 OS and single-band 2.4GHz Wi-Fi connectivity, suggesting it might be a budget offering. Unfortunately, not much else is known about the Lenovo XT2083-1 or the XT-2073-2 at the moment, but it shouldn’t be long before more information surfaces.

Talking about Motorola, the company is readying to launch the Motorola Edge+ in India very soon. The handset flaunts a 6.7-inch full HD+ OLED display with 2340 × 1080 pixels resolution, 19.5:9 aspect ratio, HDR10+, and 90Hz refresh rate. The handset ships with the Qualcomm Snapdragon 865 chipset coupled with 12GB LPDDR5 RAM, and 256GB UFS 3.0 storage. It runs on Android 10 OS with stock Android skin on top.

The Motorola Edge+ rocks triple rear cameras with a 108MP primary sensor, an 8MP telephoto sensor with 3x optical zoom and a 16MP ultra-wide-angle lens that also doubles up as a macro sensor. On the front, there is a 25MP shooter for selfies and video calling. It has an in-display fingerprint scanner, 3.5mm headset socket, splash-resistant coating, and stereo speakers. It packs a 5,000mAh battery with 15W TurboCharge wired and wireless charging support.