It’s been less than six months since Chinese brand MEIZU entered the Indian market. Unfortunately, the company got off to a shaky start, with its first launch, the m1 note (first impressions), failing to grab consumer attention. The brand proceeded to launch the phablet’s successor, the the m2 note, soon after, and then followed up with its affordable flagship, the MX5 (review). Now MEIZU is back with yet another smartphone, this time a budget device. The m2, as the name suggests, is a mini edition of the m2 note. It falls into the ultra-competitive sub-Rs 7,000 arena, which is dominated by big players like Lenovo, YU, Micromax and MEIZU’s arch rival back home, Xiaomi. 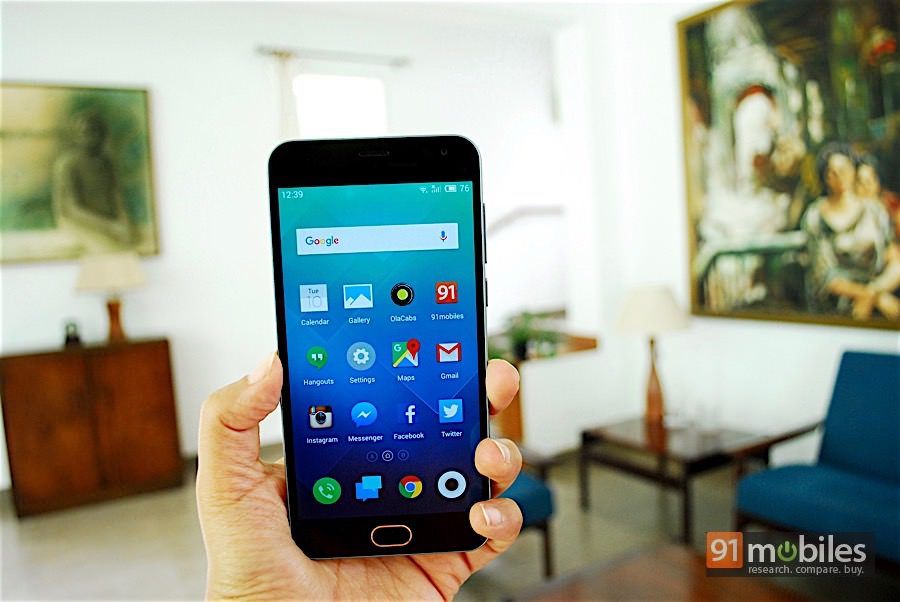 This time around, MEIZU has addressed some of its past mistakes, establishing a respectable network of erstwhile non-existent customer support centres across the country. The company has also partnered with Snapdeal to exclusively sell the m2 via flash sales. There’s undoubtedly a ton of pressure on MEIZU to make a mark with the m2, and while the smartphone doesn’t fall short on the specifications we’ve come to associate with a budget performance device, it’ll need a lot more to make an impact in the market. To find out if it has the potential to do that, we’ve been testing the m2 for the past few weeks.

Design: A mini carbon copy of the m2 note 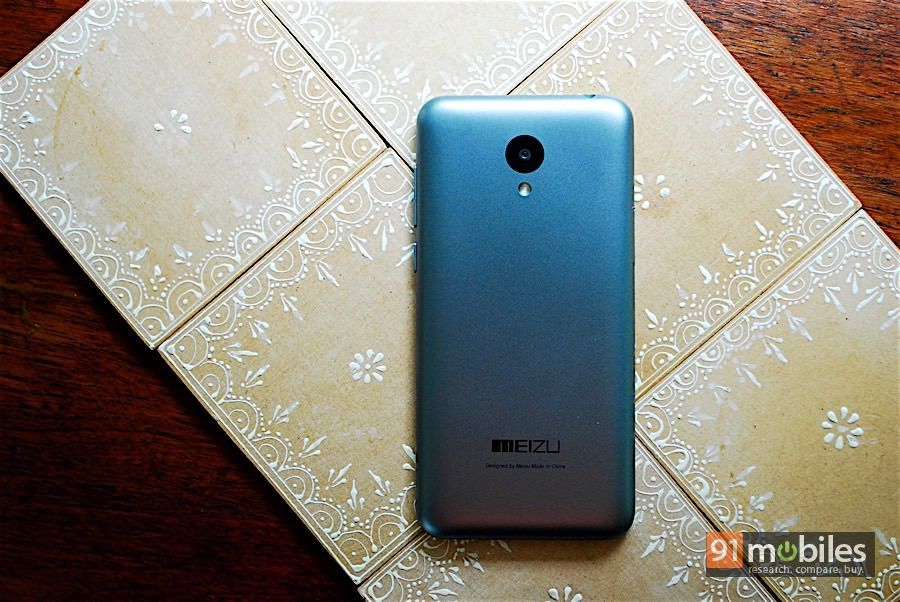 The m2 will seem instantly familiar to anyone who’s seen the m2 note. MEIZU has opted for an almost identical design, with a polycarbonate back panel and rounded edges. The compact device is comfortable to use single-handed, with the curved edges ensuring a firm grip. The texture of the rear panel also ensures that smudges and scratches aren’t easily visible. 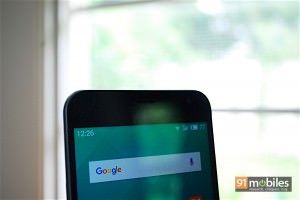 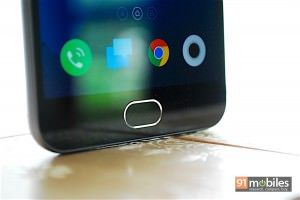 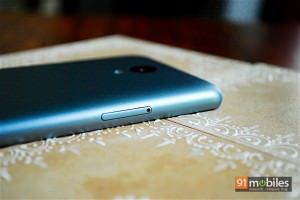 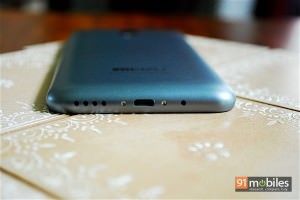 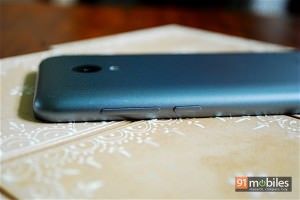 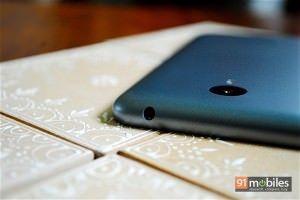 The front of the smartphone features the 5-inch display, with the earpiece, front camera, sensors and notification LED placed above. Below the screen you’ll find just MEIZU’s proprietary mBack button. The button responds to both capacitive and physical touch, with the former serving the return function and the latter taking you to the homescreen. Around the edges, the power button and volume rocker are placed on the right, the 3.5mm audio jack on top, and the primary microphone, micro-USB port and loudspeaker grill at the bottom. The left side features an ejectable tray that houses two nano SIM cards, with the second slot doubling up as a microSD card slot. Our review unit came in a matte grey colour, but it’s also available in white. The back panel features the primary camera and LED flash on top and MEIZU branding at the bottom. 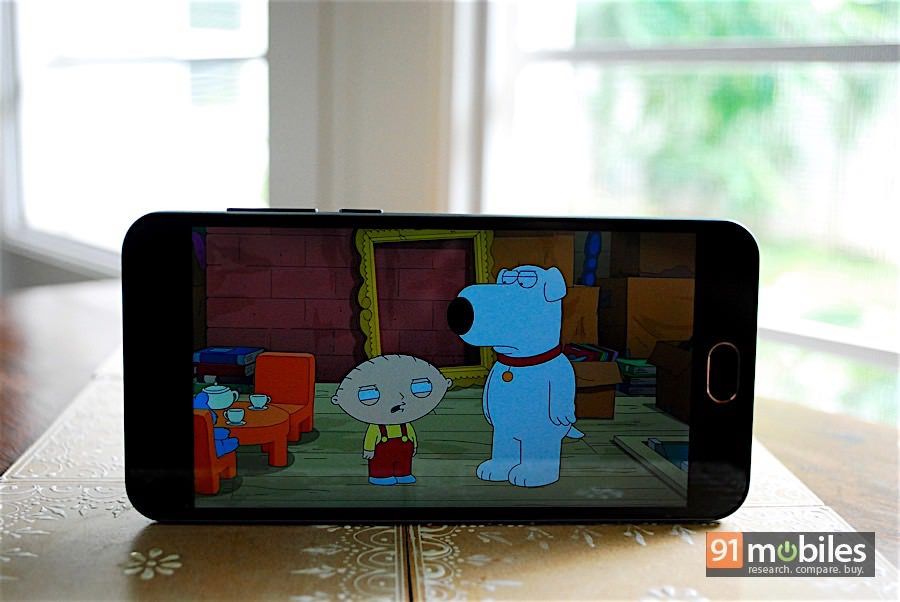 The m2 features a 5-inch display with HD resolution, resulting in a pixel density of 294ppi. Unlike its predecessor, which didn’t incorporate any protective coating above the display panel, the m2 note gets a layer of Asahi Dragontrail glass. The screen offers decent viewing angles, although visibility under bright sunlight is questionable. The screen is smooth and responsive to touch, and fine for typing, gaming and gestures alike. While colours appeared bright and true-to-life, you can adjust the colour temperature to your liking in display settings.

Camera: not the best in class 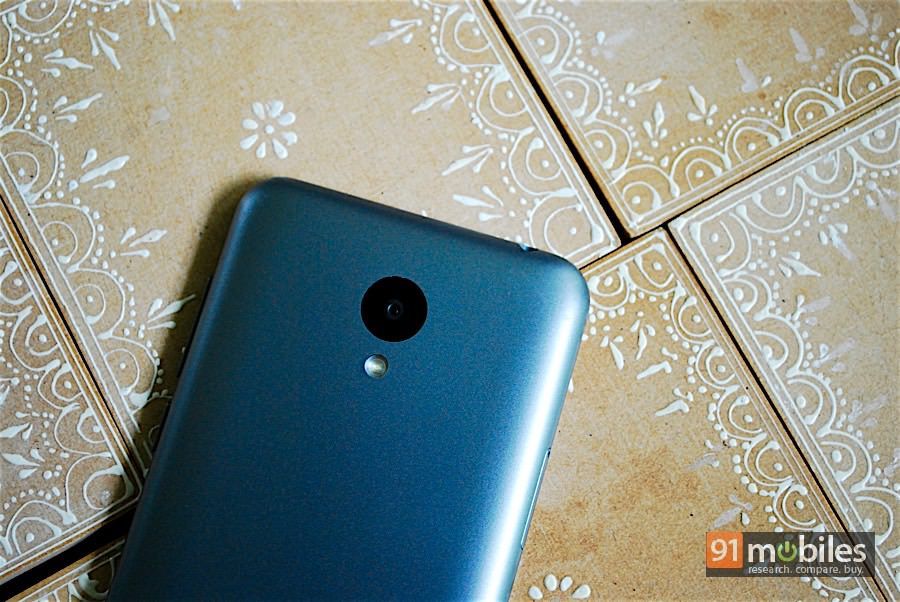 Handling photography on the m2 is a 13MP primary camera with a Samsung CMOS sensor, a 5-element lens and a f/2.2 aperture. The front camera is a 5MP fixed-focus unit. The camera app is a simple affair with the shutter button and controls for the video and gallery on one side. Next to these are another set of buttons for the camera settings, front camera toggle, filters and flash. To switch between the camera modes, you just need to swipe down on the viewfinder. The modes on offer include Auto, Manual, Beauty, Panorama, Light field (lets you refocus the subject after you shoot), Scan (for scanning QR codes) and Slowmotion. 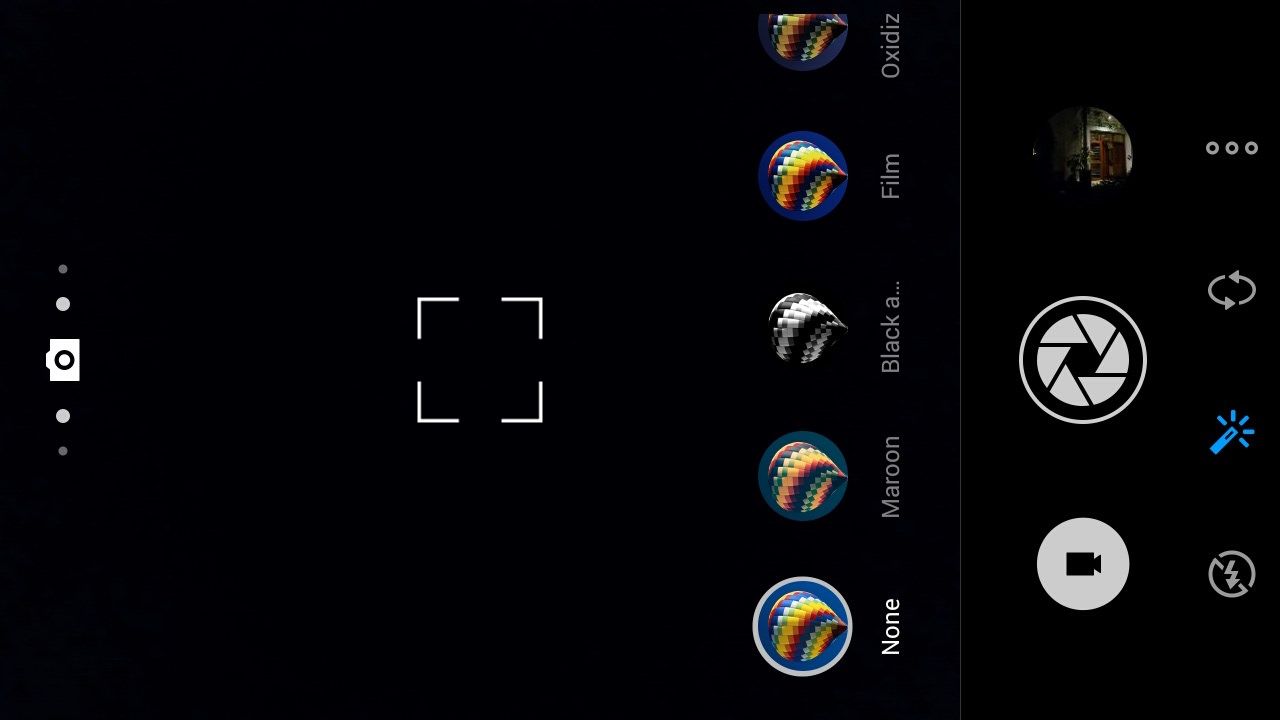 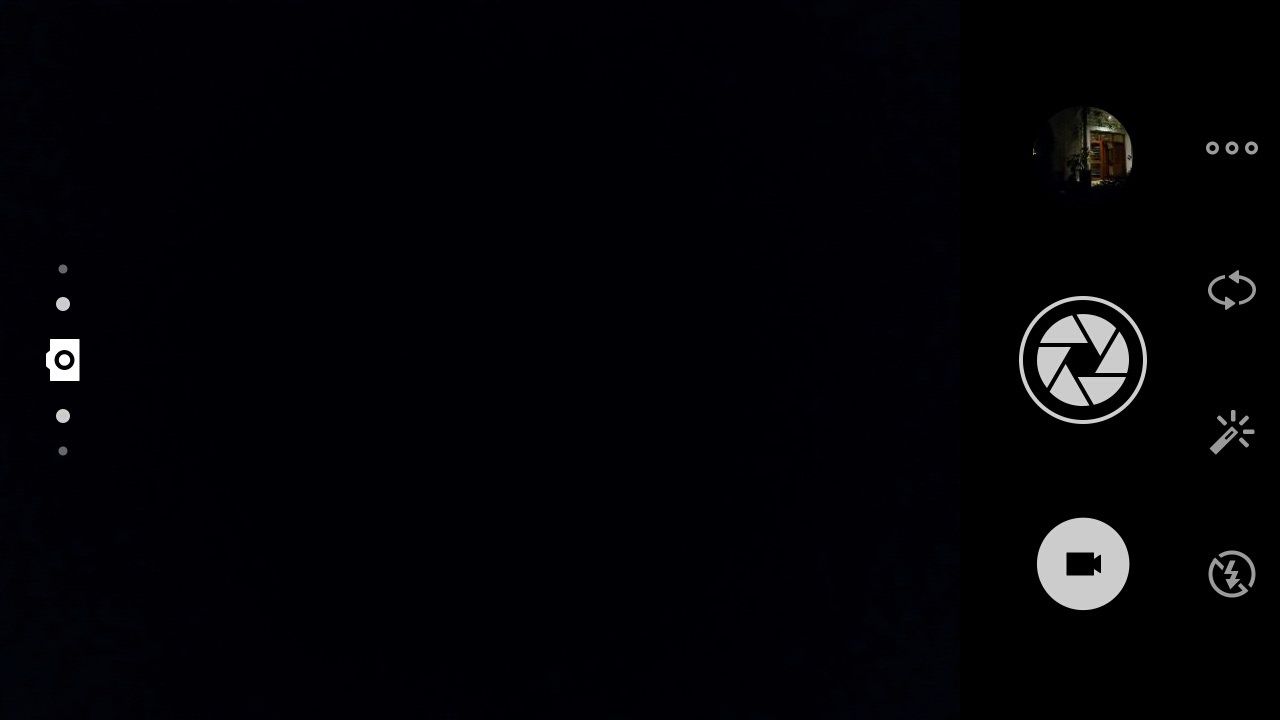 We were very impressed with the image quality on the MEIZU m2 note, but unfortunately, its little sibling doesn’t live up to expectations. In broad daylight, you can achieve good results with regard to macro shots, with a realistic depth of field effect and plenty of detail. Wider shots taken in daylight are perfectly usable, although you won’t find the same level of detail when you zoom in. Indoors, and in lower lighting conditions though, images suffer from an influx of noise. The flash solves the noise issue, but bathes images in a whitish hue which is far from flattering. The front camera can churn out decent selfies outdoors in daylight, but again, delivers noisy results when lighting conditions are poor.

For a realistic idea of what the camera offers, take a look at these unedited camera samples captured in full auto mode. 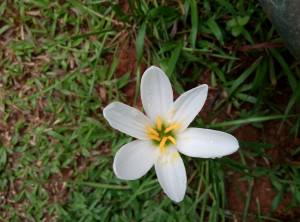 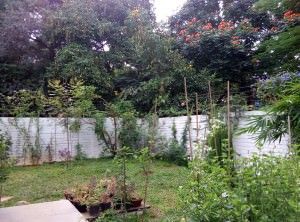 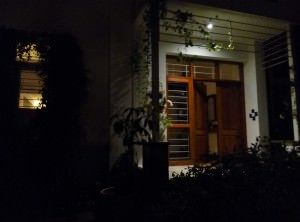 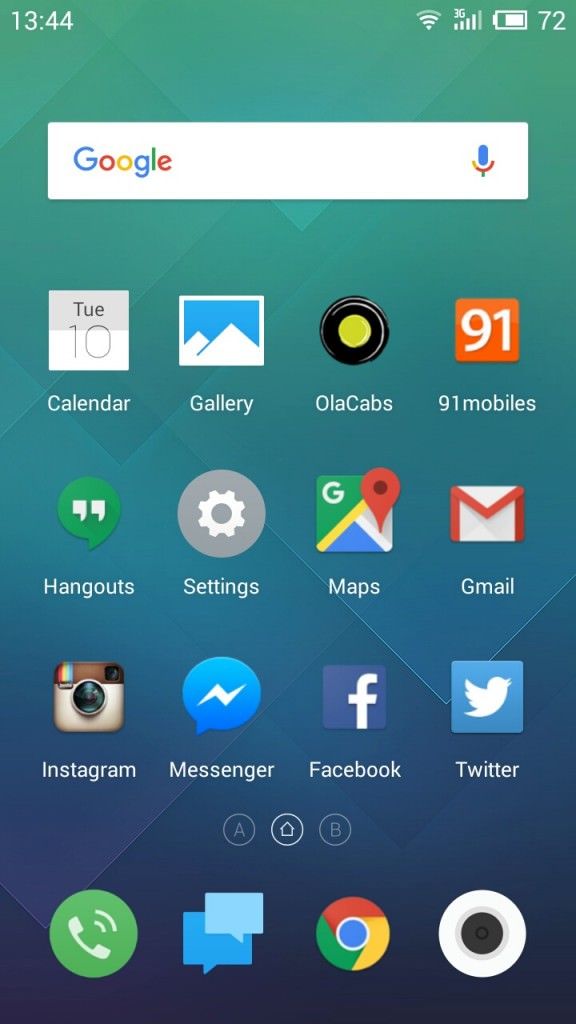 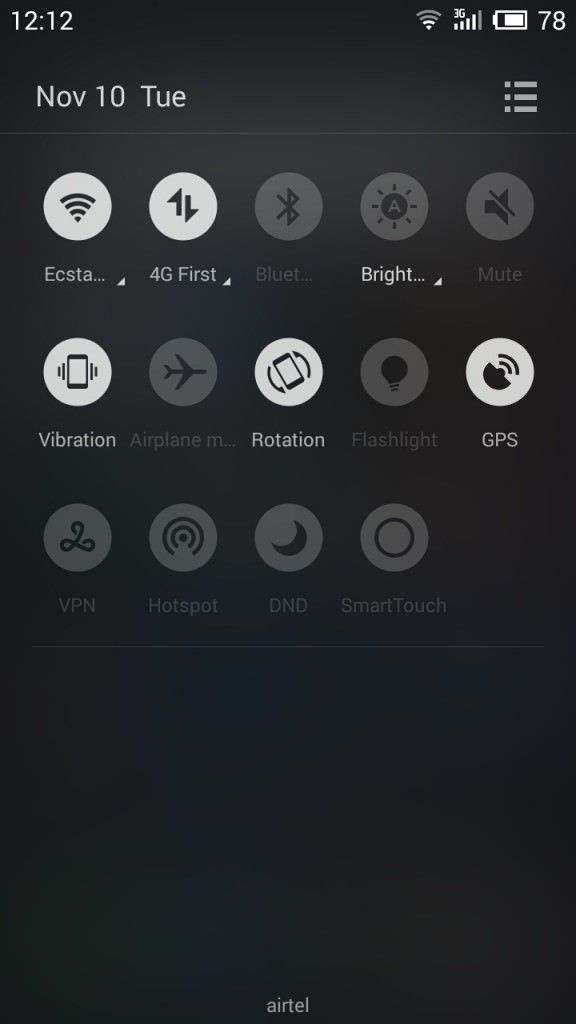 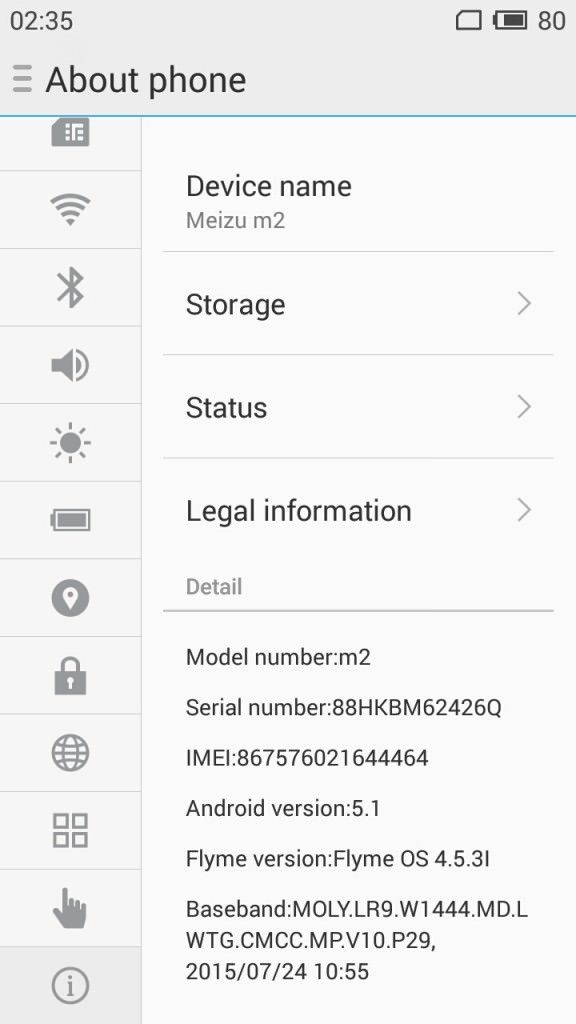 The MEIZU m2 runs Android 5.1 Lollipop with Flyme OS 4.5 on top. We’ve talked about the limitations of Flyme in our m2 note review, and it seems like MEIZU hasn’t done much to address these issues. Our chief complaints, such as the lack of the standard Google app suite, the presence of Chinese content, abruptly cut-off text and grammatical errors still exist, and need to be rectified soon if MEIZU expects to gain traction in India.

We won’t repeat the finer details of what Flyme brings, but let’s recap nonetheless. Flyme OS, like its Chinese counterparts, lacks an app drawer, and features modified icons. The mutli-tasking pane can be brought up by swiping up from the base of the screen. 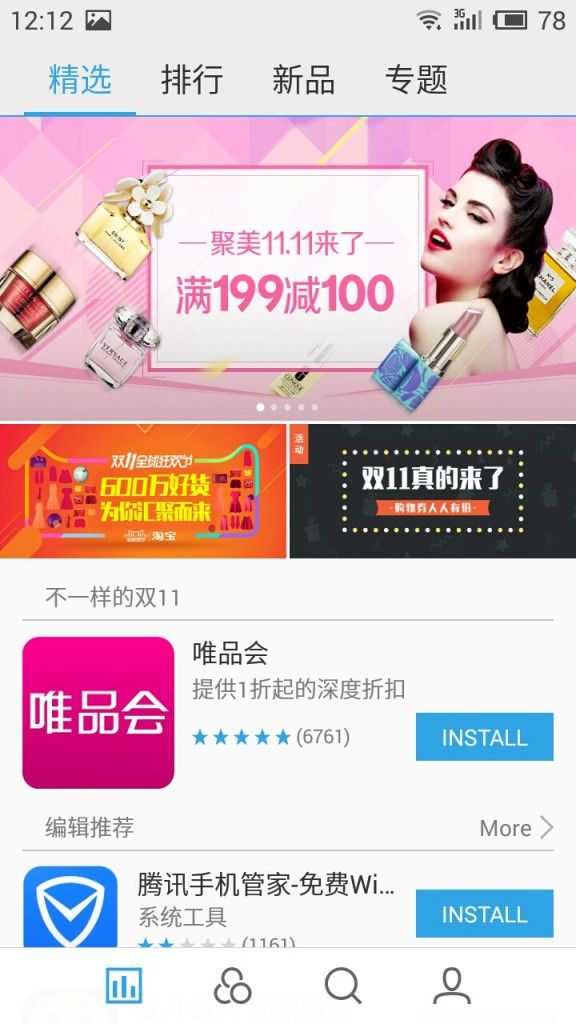 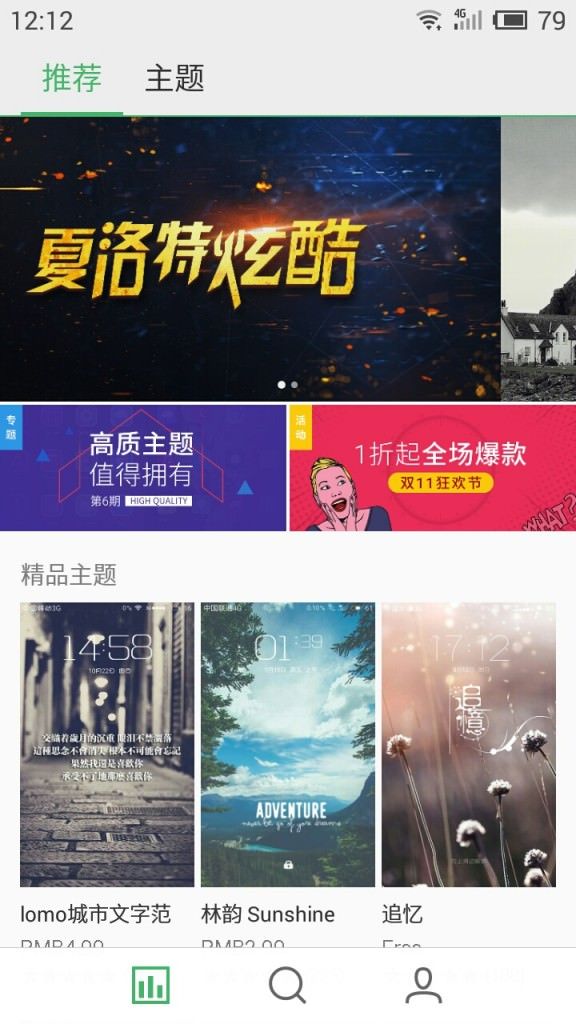 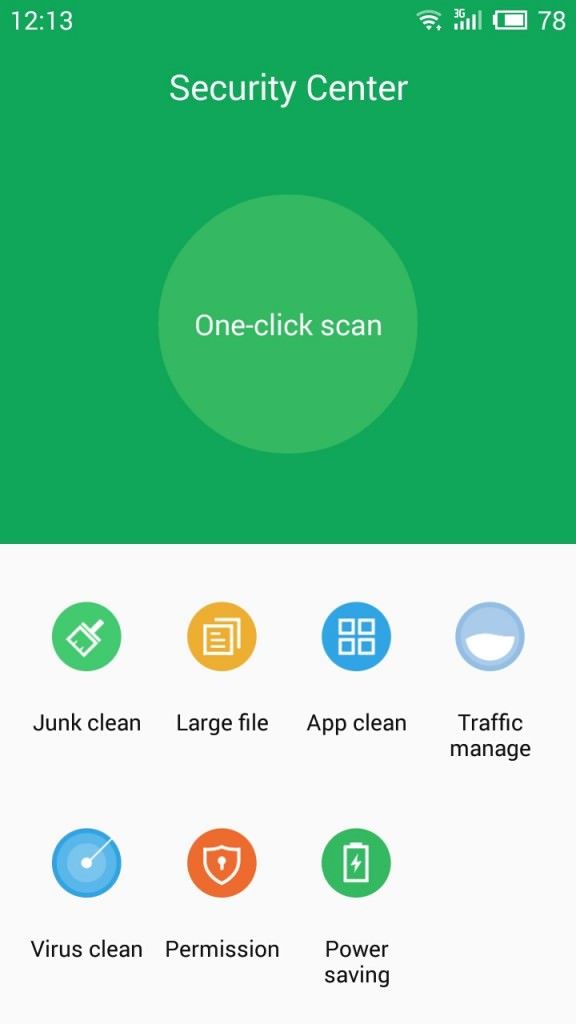 The only Google apps you’ll find preloaded on the device are Maps and the Play Store, which means you’ll need to download basic apps like Chrome, Hangouts, Drive, Gmail, YouTube, etc manually. MEIZU’s own AppCenter comes preloaded on the international version of Flyme for some reason, but it’s pointless because it has only Chinese content. Even the Personalize app, where you can download various themes and wallpapers is in Chinese. The only useful addition is Security Center, which offers a junk cleaner, app uninstaller, traffic manager, virus cleaner, permission manager and power saving mode. 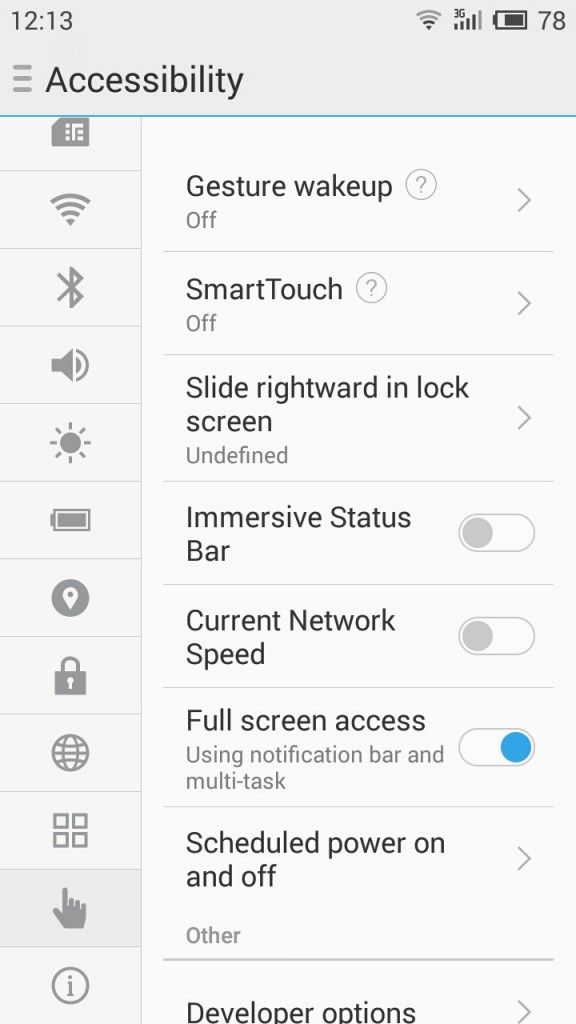 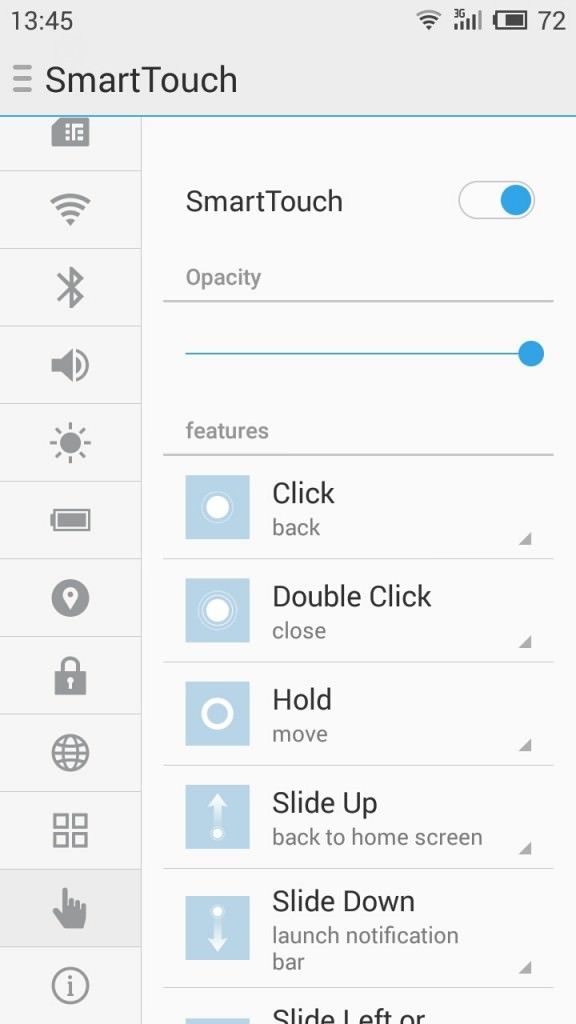 Flyme also comes with support for various gestures, such as double tap to wake, and the ability to draw letters or perform gestures to open apps from the lockscreen. There’s also a floating button called SmartTouch which can be programmed to perform various functions depending on how you interact with it.

Performance: reliable for everyday use 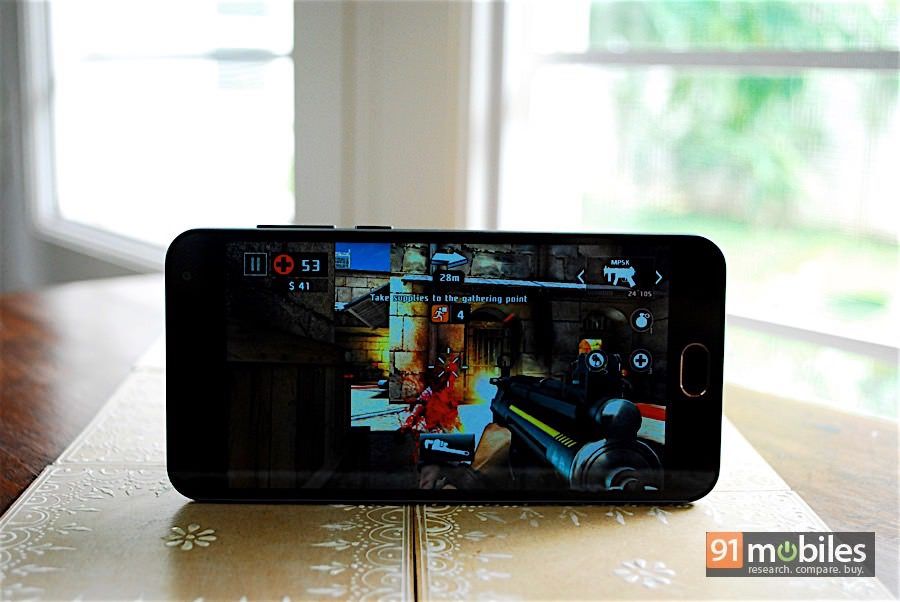 The m2 is powered by a 64-bit quad-core MediaTek MT6735 processor clocked at 1.3GHz, working in tandem with 2GB of RAM. The smartphone is reliable for daily usage, and runs smoothly with multiple apps running in the background. There were a few occasions when the device seemed a bit sluggish and apps crashed unexpectedly, but nothing that was serious enough to make us worry. For gaming purposes, we tested some old-time favourites like Riptide GP2 and Dead Trigger 2. With graphics-heavy games, the occasional frame drop is inevitable considering the smartphone’s innards, but gameplay was otherwise unmarred by any glitches or freezes. The top part of the smartphone, near the camera module, heats up after 15-20 minutes of continuous gameplay, but not to uncomfortable temperatures. 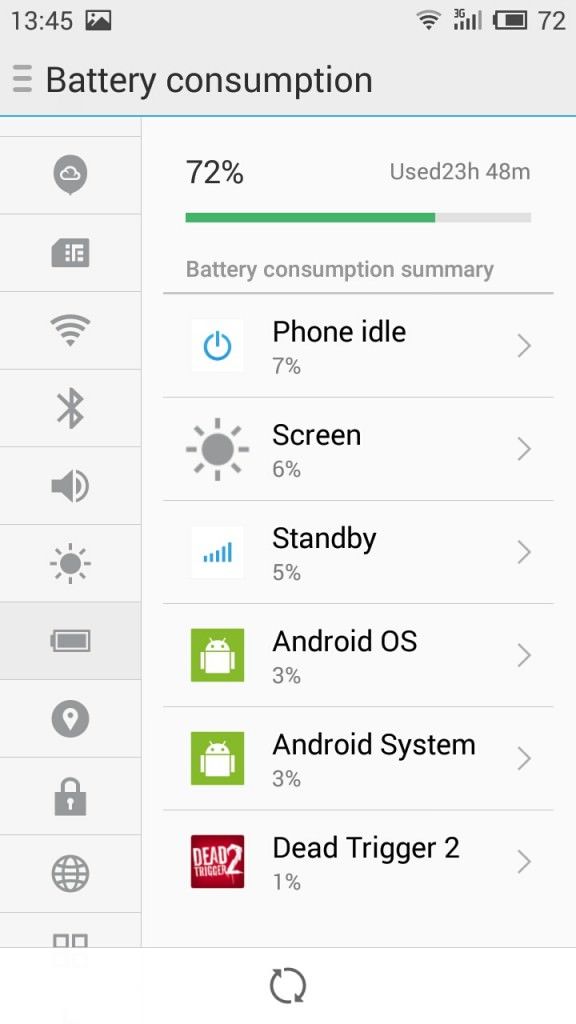 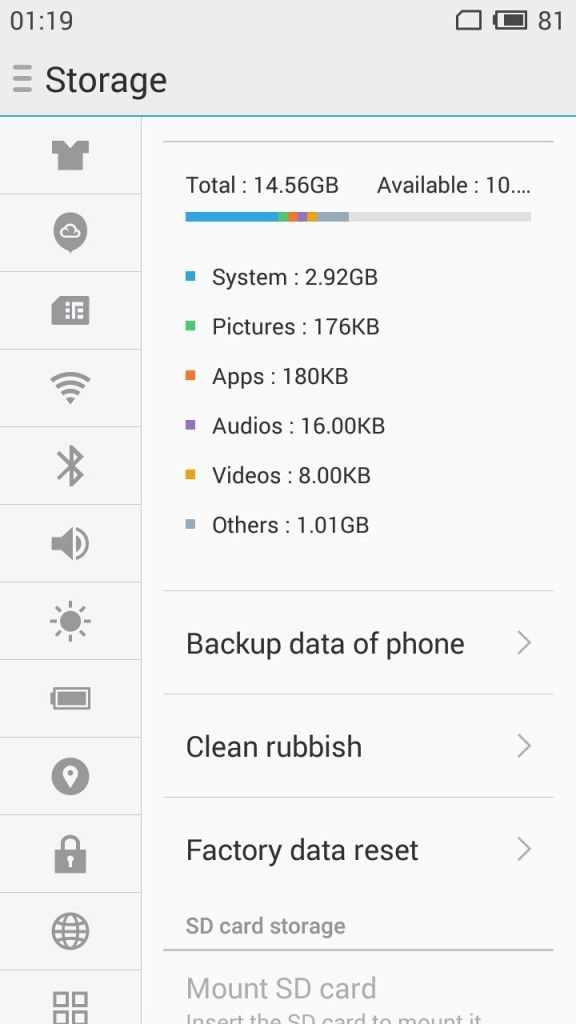 The m2 comes with 16GB of internal storage – a generous amount for a budget smartphone. Around 11GB was available to use out-of-the-box, with the option to expand by another 128GB.

The m2 is fuelled by a 2,500mAh battery. We found the usage more than satisfactory, with the phone lasting us until the end of the day with usage involving an hour or two of phone calls, WhatsApp, gaming and social media like Facebook, Instagram and Twitter. In our video loop battery drain test, we got just over 10 hours of juice before the battery ran out, which is a good result for a budget smartphone.

As far as the connectivity options are concerned, the m2 supports 4G on both its SIMs. Other features include dual-band Wi-Fi 802.11ac, Bluetooth 4.0, GPS, and USB OTG. 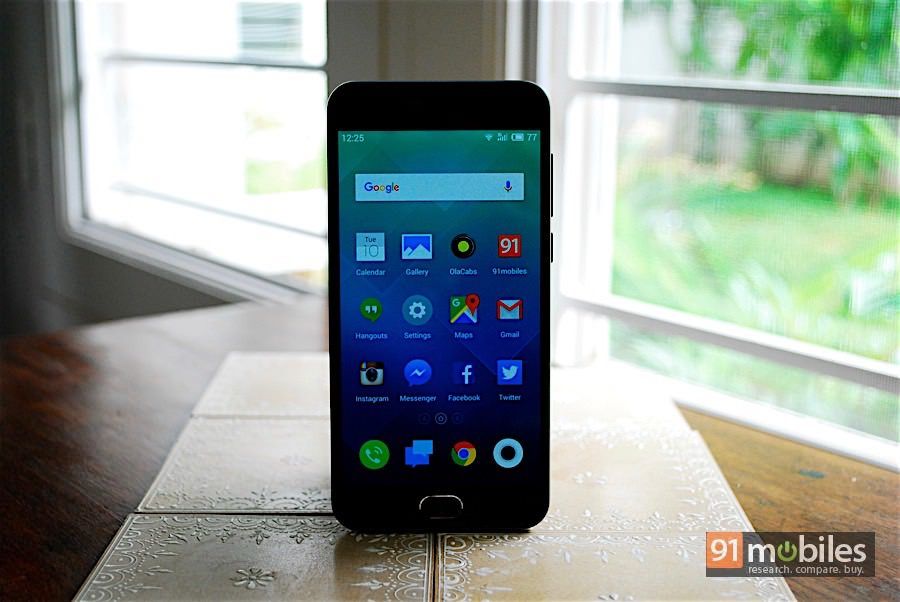 For its asking price of Rs 6,999, the MEIZU m2 is truly a value-for-money device. The ergonomic, unique design makes it stand out from the various other contenders in the budget space, and it doesn’t disappoint on the specs front either. With a sharp, responsive display, ample storage, good battery life and stable performance, the m2 ticks most boxes in our book. There are some areas which could use improvement, like the camera and software, but for what you’re paying, these seem like compromises that are worth the bargain. MEIZU’s biggest challenge doesn’t come from the limitations of the m2 though, but the competition. There are so many worthy devices like the Redmi 2 Prime (review), Lenovo A6000 Plus (review), YU Yuphoria (review) it has to contend with, and it remains to be seen how it fares in the long run. If you’re looking for a budget performance smartphone though, the MEIZU m2 should definitely be on your shortlist.