“The Yuphoria rocks powerful specs and brings the Cyanogen experience on a budget. Our review”

The smartphone market in India is a strange, fickle place… if we can call it that. Not too long ago, we hailed the Xiaomi Redmi 2 (review) as a worthy 4G smartphone for those on a tight budget, before its thunder was stolen by the Lenovo A6000 Plus, another LTE-capable smartphone that brought double the storage and RAM at a similar price. And then it was the turn of the YU Yuphoria to hog the limelight, flaunting similarly powerful specs but adding a metal-infused chassis to the mix. The thing is, when one’s looking for an affordable smartphone, even a tiny difference in specs matters. And there are quite a few options priced south of Rs 10,000 these days that boast features and specs coveted by potential buyers, namely high-resolution displays, 2GB RAM, and 4G support. The Yuphoria’s been out only for a few days now, but it’s already being challenged by the new Coolpad Dazen 1, another budget device that ticks those boxes. 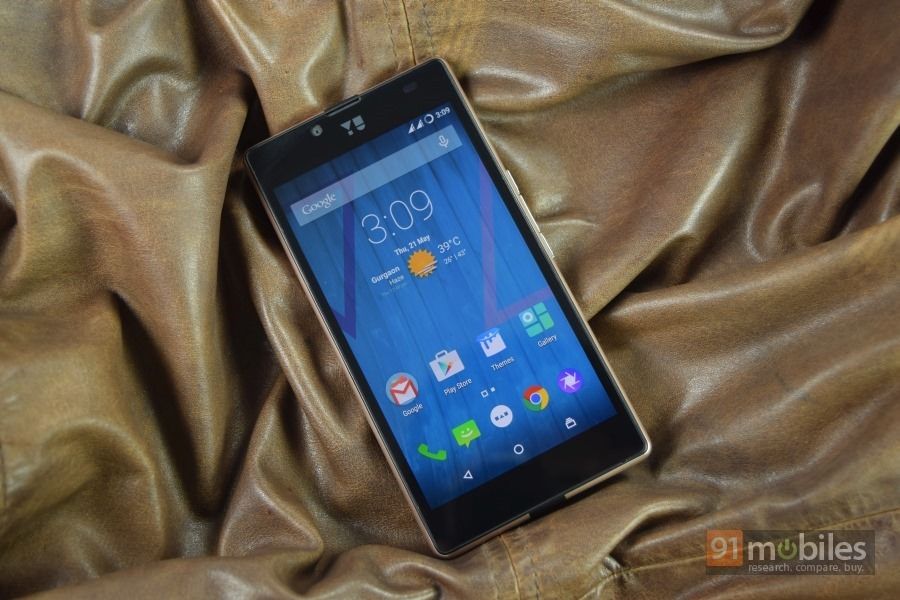 As the second offering from YU, the Yuphoria landed in the Indian market facing high expectations, all thanks to its sibling, the Yureka. The Yureka (FAQs | review) is a strong option in the budget-performance brigade, again thanks to its powerful specs and affordable pricing. The Yuphoria however, is in a slightly different league because of its compact size and even lower price. While the latest from YU is already facing heat from new rivals, there are a few areas it can’t be trumped. We’ll mention those as we go along… time now for the full lowdown on the second offering from YU.

The YU Yuphoria has been given the tagline ‘the miracle in metal’, and though we think it falls a few paces short of being a miracle, the fact that the device rocks a metal frame is quite noteworthy. Not only does it impart a better build, it helps make the device stand out among the sea of plasticky budget smartphones, all of of which look similar. 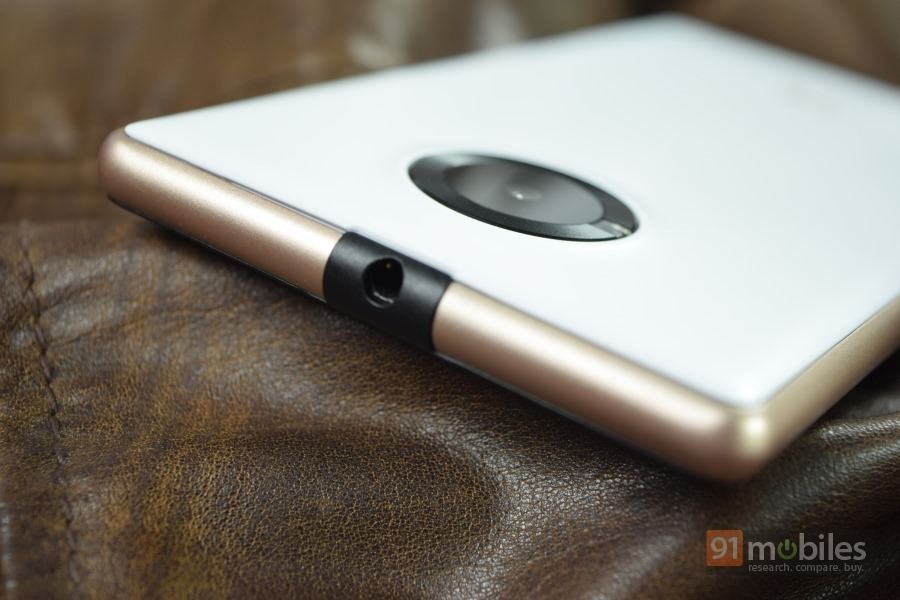 The stainless steel rim on the sides comes with rounded edges and reminds us of the Sony Xperia Z3 (review) and the Lumia 925 in terms of design. While the Yuphoria looks like it sports a unibody casing, the rear panel is removable and fashioned out of thin plastic. You can get the smartphone in two hues – a black one with a buffed steel frame and a white one that comes with a champagne-coloured rim. 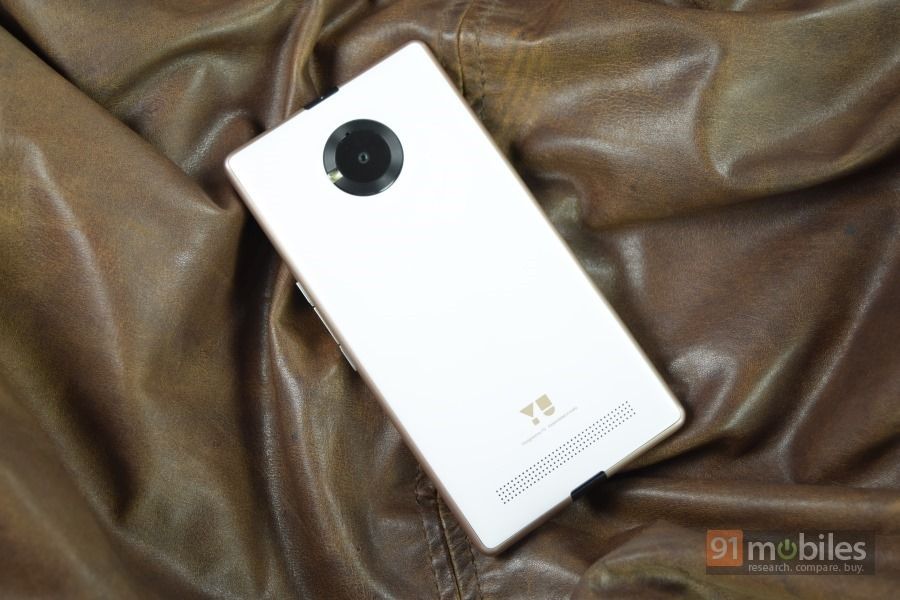 Another key design highlight is the wide ring encircling the rear camera lens. Supposedly inspired by the ‘rings of Saturn’, this will form part of YU’s design ethos going forward, as per the brand. Also, the placement of the ports, controls and other embellishments is symmetrical, since everything is perfectly aligned in the centre. 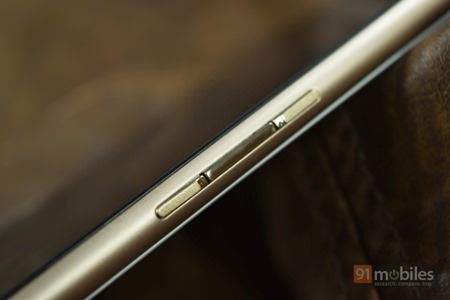 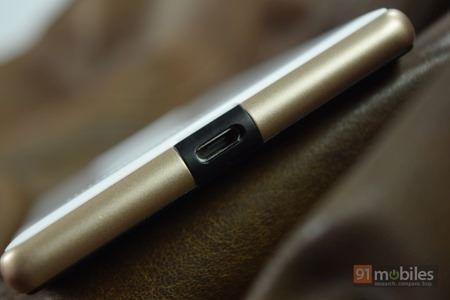 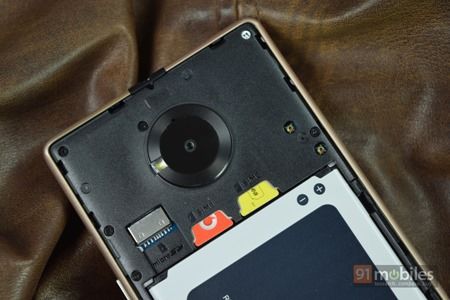 Even the three-element key on the right that includes two buttons for controlling volume and the power key in their middle is placed bang in the middle of the spine. However, the power button lacks depth, and can be hard to press. There’s some respite in the form of the double-tap-to-wake functionality though.

One thing is for sure – the Yuphoria is one of the better-designed smartphones in the budget segment, especially if you opt for the one in white.

The Yuphoria’s window to the world is its 5-inch IPS LCD display that rocks a resolution of 1,280 x 720. A layer of Corning Gorilla Glass 3 tries to keep scratches at bay. 720p resolution is pretty much the best you can get at this price point, and we found the Yuphoria’s screen to be decent as far as capabilities go. It’s responsive and offers good visuals without any pixelation, though we did think it looks a tad washed out from certain angles. However, that’s not likely to be a deal breaker for most. It’s also quite reflective, which means that sunlight legibility can be an issue. 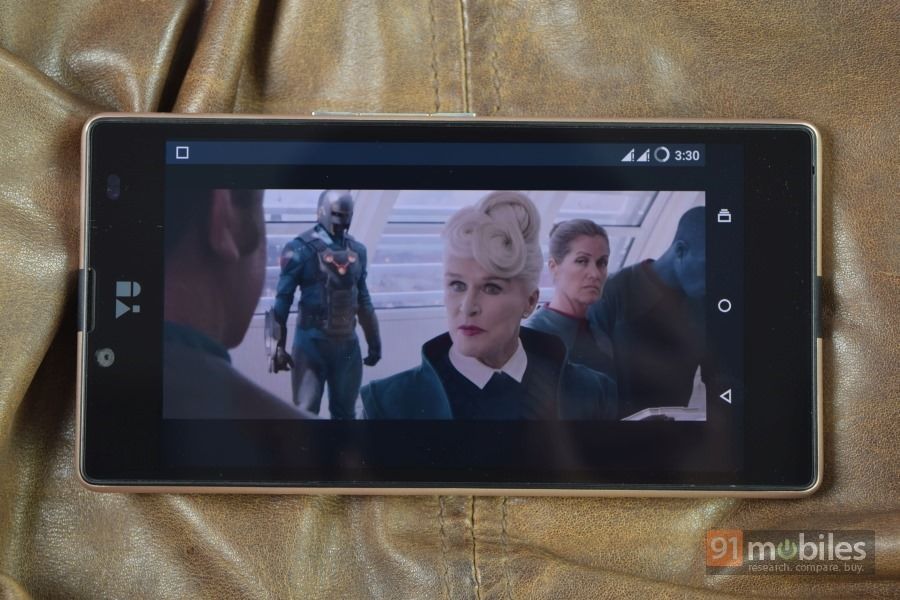 Cyanogen on a budget

Just like the OnePlus One (review)  and the Yureka, the Yuphoria uses Cyanogen OS as its software platform. The OS is now in version 12, and uses Android Lollipop as its base. 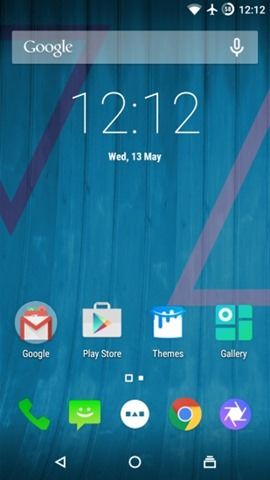 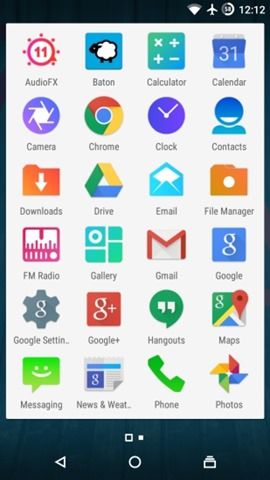 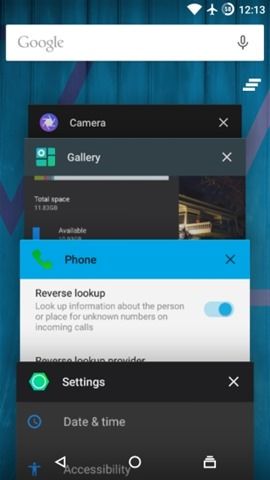 While many brands use Android skins (Samsung’s TouchWiz and HTC’s Sense for instance) and others use heavily-tweaked custom ROMs (such as Xiaomi’s MIUI and Gionee’s Amigo), quite a few users prefer the feel and purity offered by stock Android. Google’s Nexus range and smartphones from Motorola are known for this. We won’t get into too many details here, but it’d probably suffice to say that the Cyanogen platform offers the best of both worlds – a near-stock Android UI, combined with a bunch of options and tweaks that let uses set phone behaviour as per their preferences. 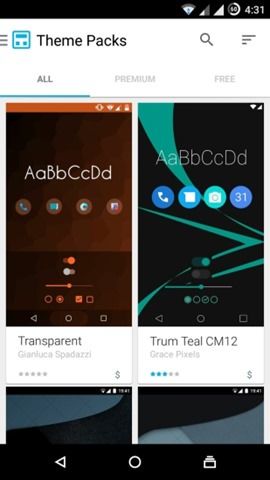 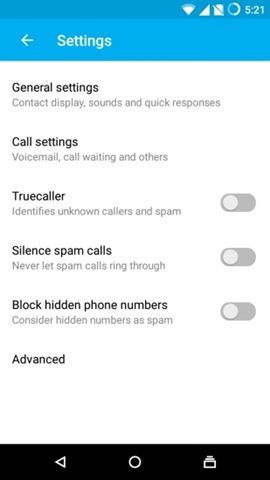 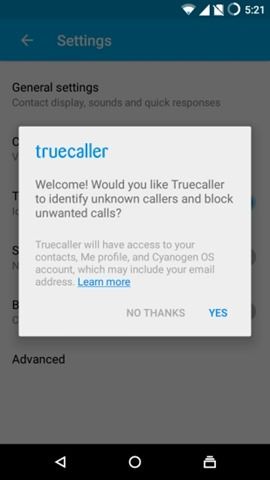 For instance, there’s extensive theme support, covering both free and paid themes that can be downloaded and applied. The latest version of the OS also brings an App Themer that lets you apply separate themes to individual apps, but it mainly works on system apps such as the dailer or the settings page. Another new feature in the latest iteration is Truecaller integration into the dialer. This needs to be enabled, so it’s up to you if you want to use it or not… but if you’re a Truecaller user, it saves you the hassle of downloading the app separately. Yet another new feature is that the email client is powered by Boxer, bringing in features that can be quite useful, especially if you’re a Gmail user. 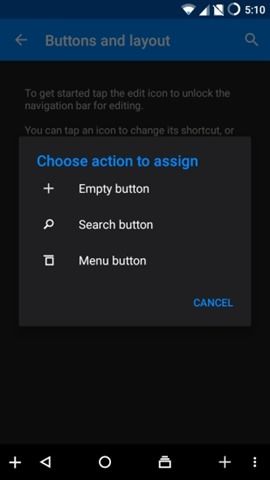 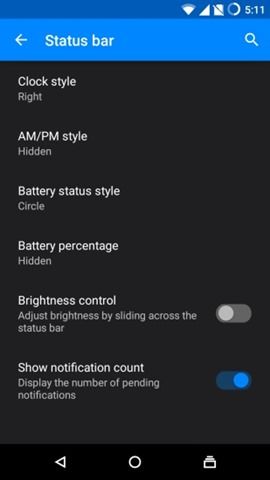 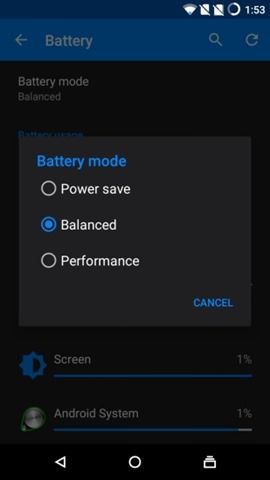 That apart, you get the usual Cyanogen features such as the ability to choose the sequence and layout of the virtual navigation keys, tweak the status bar and the notification drawer, and control the permissions various apps have access to. Under battery settings, you’ll also find various profiles, and you can choose between Power save, Balanced or Performance depending upon needs.

Just like it was for the OnePlus One and the YU Yureka, Cyanogen OS should be a strong point in favour of the Yuphoria as well, and the fact that the latter is pretty much the most affordable device to offer this platform out of the box should bode well for it.

Camera capabilities are an important criteria for smartphone buyers across price segments, and the Yuphoria does reasonably well for a budget device. It offers an 8-megapixel autofocus rear camera with f/2.2 aperture and a 5MP front shooter with a 4P lens and 85-degree wide angle view. As expected, the shooting app available by default is the Cyanogen camera app, and the interface is quite minimal and plain Jane. Swipes give you access to various shooting modes on offer, and you can expect the usual ones such as HDR, Night and Beauty. The panorama mode is available right up front, and diving into the settings lets you tweak other parameters. 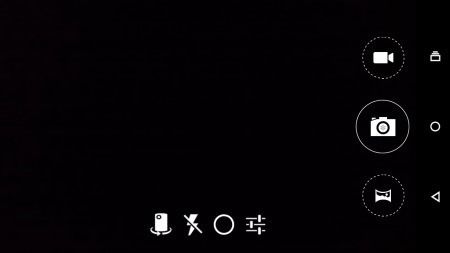 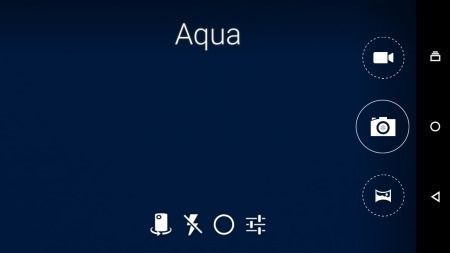 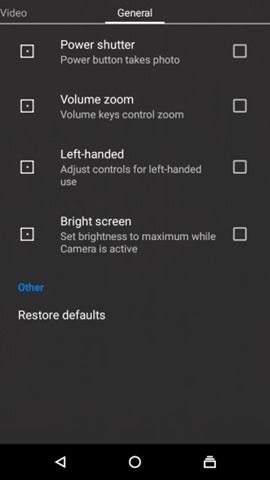 The overall image quality is decent, and while we weren’t amazed by it, it should suffice for casual photography. As long as ambient light is good, you should be able to get good-looking shots out of it. Long shots and HDR images turn out well, while close-ups aren’t bad too, though there’s some softness when the images are zoomed. The front shooter can serve up decent selfies too. Do check out our camera review for more on the Yuphoria’s shooting performance, and here are some more image samples for a quick look. 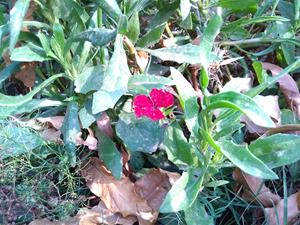 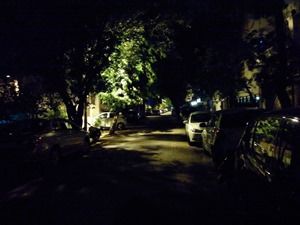 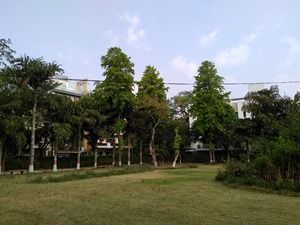 Bursts of pace, slowed down by speed breakers

Powering the show on the Yuphoria is a 64-bit Snapdragon 410 quad-core chip clocked at 1.2GHz. Working in tandem with 2GB of RAM, it can offer reasonably smooth performance and you should be fine as long as you don’t expect fireworks. 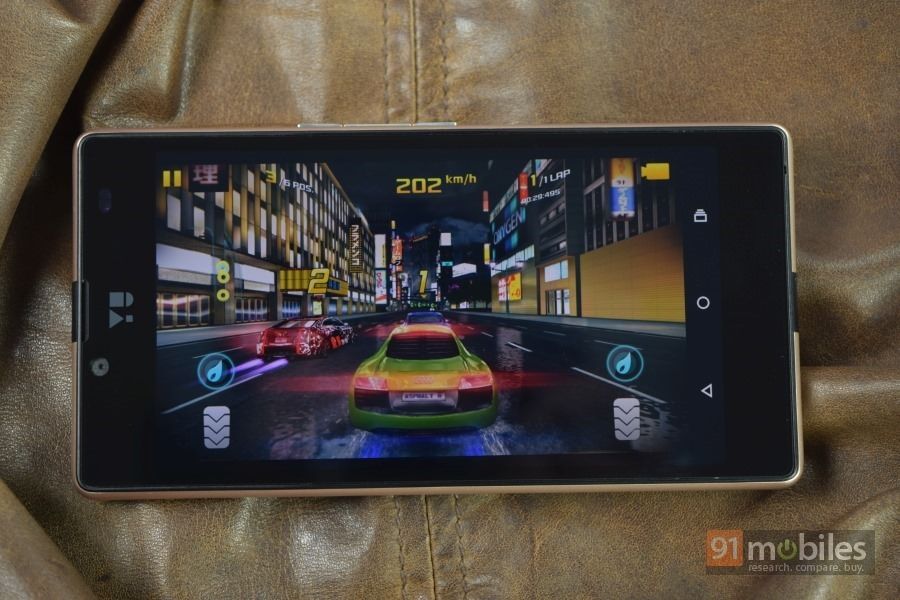 Productivity-related apps and multitasking work just fine, but intensive games like Riptide GP2 and Asphalt 8 do show a few jitters. The device gets warm when stressed, but not uncomfortably so. 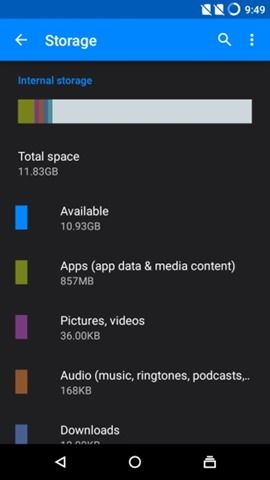 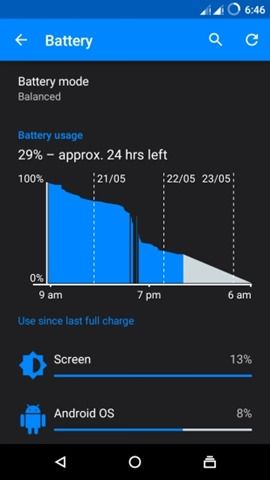 As far as the storage is concerned, you get about 11GB to use out of the 16GB provided. Up to 32GB can be added via microSD. It’s a shame that the device doesn’t support USB OTG, but at least the offered storage is ample and pretty much the highest you can get in the budget segment. As one it major pluses, the Yuphoria supports Indian 4G LTE bands on both its SIM slots, while the other connectivity options are fairly standard – covering Wi-Fi, Bluetooth and A-GPS.

The call quality was good, and the speaker on the device can get quite loud. Coming to the battery life, the removable 2,230 battery is average, and can’t last an entire working day, especially if your usage is heavy. Our video loop test ran for just about 6.5 hours, and this was in Balanced mode, with both SIM cards inserted and connected to cellular networks.

While average battery life is something that can be overlooked by some users, what can’t be ignored is the assortment of issues we faced while using the device. There were random freezes, especially on the lockscreen after disconnecting a call. In the case of incoming calls, the device started ringing but the screen only came on after a good 4-5 seconds. This happened each and every time we got calls, and we faced this issue with not one, but two different test units of the Yuphoria.

At Rs 6,999, the YU Yuphoria is a highly noteworthy option for anyone looking for a capable budget device. The specs that it offers for its asking price are quite loaded, and the fact that it uses a metal frame and looks stylish are the proverbial icing on the cake. But that’s just one side of the coin. At the time this smartphone was announced, we thought it’s going to trump the Lenovo A6000 Plus (review) easily. The A6000 Plus was pretty much the most affordable smartphone with 2GB of RAM at the time. However, with the gripes we have with the Yuphoria, we can’t really recommend it outright. The Coolpad Dazen 1 (unboxing | first impressions) is also another compelling offering with 2GB of RAM, though the offered storage is 8GB. Coolpad launched it at Rs 6,999, but has since dropped the price to Rs 5,999 making it a worthy option, at least on paper. We believe that the issues we’ve seen on the Yuphoria are mostly software related, and can possibly be resolved via a software update. In fact, YU has just released an update, and we hope that it addresses the problems we’ve mentioned. As of the time of writing this review, our test unit hadn’t received the update. YU’s blog post mentions that the update would be rolling out over the next few weeks and if it does iron out the kinks and improve the battery life, the Yuphoria has what it takes to be a very compelling option in the affordable segment.

[Update, June 30th] We’ve just flashed the incremental update released by YU manually on our review unit, and can confirm that it does resolve most of the issues we mentioned. The device generally feels more responsive, and the freezes on the lockscreen and the delay in the screen switching when receiving incoming calls are gone. Thanks to the update, we feel that the Yuphoria is definitely a worthy buy if you’re looking for a 4G-capable device without breaking the bank. Accordingly, we’re also revising our review rating to reflect this.