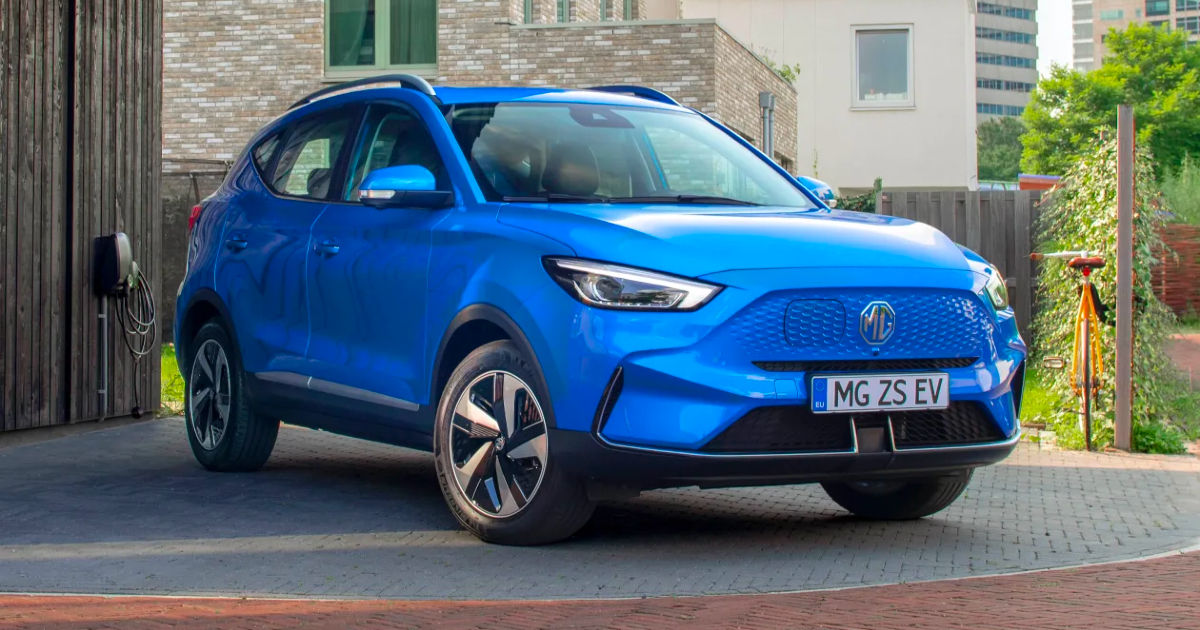 MG Motors has released some images of the upcoming facelifted MG ZS EV ahead of its launch. The MG ZS EV takes styling cues from the recently launched MG Astor, the ICE sibling. The upcoming facelift will bring the MG ZS EV in line with the UK variant of the MG ZS EV and its ICE sibling, the MG Astor. The MG ZS EV will bring along a more modern exterior design and interiors. There will be a boost to the list of features on offer with the inclusion of – a larger touchscreen display, AI assistant, ADAS with a 360-degree camera and more. MG ZS EV will also see mechanical upgrades in the form of a larger battery pack. MG Motors launched the ICE sibling of the MG ZS EV recently in the Indian market, called the MG Astor. The MG Astor was launched in the Indian market in its facelifted guise as in the international markets from the very beginning. It was hence a matter of time, the MG ZS EV would eventually be updated to bring the two cars in line with differences lying solely on the drive train and some consequential other features. These images also fall in coherence with the spy shots of the upcoming car taken on public roads that 91Wheels recently reported on.

The upcoming MG ZS EV has now been reviewed by the company officially and it matches up quite well with what was expected. The styling on the MG ZS EV is similar to the international car, with crisper and tidier lines thanks to the updated front and rear bumpers that enhance the fascia. The lighting system at both the front and rear have been redone with new design elements and look adequately more modern. Upfront the quirky charging port underneath the MG logo has made way for a side opening that on closer look is visibly asymmetrical.

Now, the 2022 MG ZS EV facelift will bring forward newer tech right up from the MG Astor as it is expected to get the ADAS feature aided by automatic emergency braking, blind-spot monitoring, a 360-degree camera, adaptive cruise control, lane-keep assist and automatic emergency braking. This feature will differentiate it from the current rivals like the Hyundai Kona and the Tata Nexon EV. A larger 10.1-inch centre touchscreen, a 7-inch MID, new climate control design, wireless charging and AI assistant will also be part of the package.

The MG ZS EV is also expected to host a larger battery pack that should be able to boost the car’s current single-charge range of 419km. The new 51kWh battery pack is expected to lend the car a claimed range of 600+km. The current model of MG ZS EV retails from Rs 21.49 lakh to Rs 25.18 lakh (ex-showroom Delhi) and the upcoming model would stay near about the same price range. However, one can expect to pay up extra for ADAS equipped variants. The 2022 MG ZS EV sees indirect competition from the Tata Nexon EV from a segment below as well as direct competition from the Hyundai Kona EV. It is interesting to note that both the Nexon EV and Kona EV are due for a facelift this year.

Affordable MG Motor electric car to launch in India soon: here’s how much it could cost