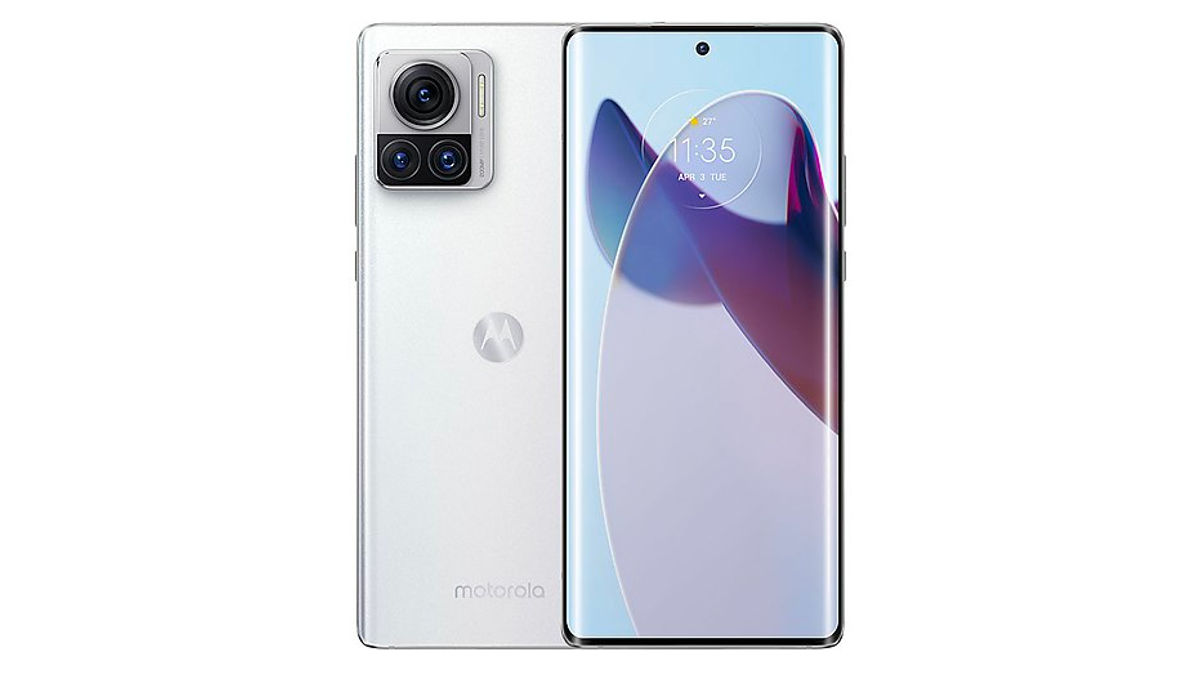 Motorola Moto X40 launch date will be revealed soon as the company has already begun teasing the flagship’s arrival. Lenovo executive Chen Jin took to Weibo to reveal some key details about the upcoming Motorola phone. Firstly, the Moto X40 will be powered by the latest Snapdragon 8 Gen 2 chipset. The device will also come with an IP68 rating for dust and water resistance. Earlier this month, other key specifications of the phone were spotted on TENAA.

According to a report by ITHome, Jin revealed in a Weibo post that the upcoming Moto X40 will come with IP68 rating. A direct translation of the post reads, “The moto X40 this time supports IP68 waterproofing. We would like to call it the SUV in the mobile phone. December, get ready to go!” 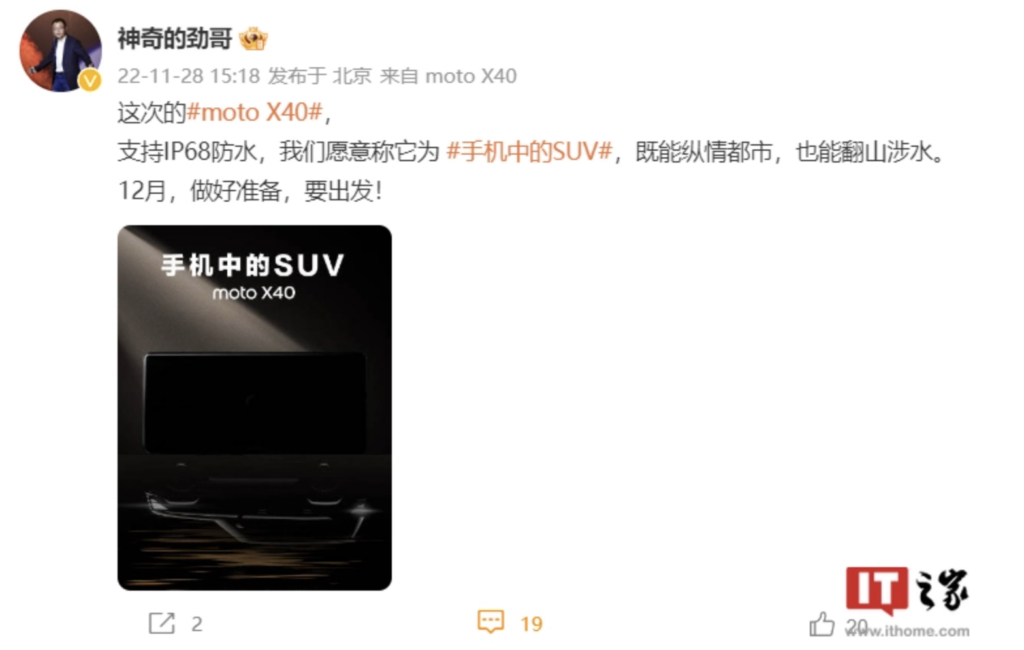 The smartphone weighs 196 grams and has a body size of 161.3×73.9×8.5mm, according to a recent TENAA listing. As for the display, the Moto X40 is likely to feature a 6.67-inch OLED display with 1080×2400 resolution, 10-bit colour, and an under-screen fingerprint sensor. In the camera department, the upcoming flagship smartphone will likely feature a triple rear camera setup that consists of 50MP+50MP+12MP sensors with support for 4x optical zoom.

The upcoming Moto X40 will be equipped with the latest Qualcomm Snapdragon 8 Gen 2 chipset that is said to be 35 per cent faster and 46 per cent more power efficient than the previous generation processor.

Recently, Jin shared the AnTuTu benchmark of the Moto X40, giving a rough idea of what to expect from the latest Qualcomm flagship SoC, which showed a whooping 1,312,901 high score.

It has now been confirmed that the upcoming Moto X40 will come with an IP68 rating, which means the device is resistant to fresh water up to a maximum depth of 1.5 metres for up to 30 minutes and is protected from dust as well without the need for additional cases or covers.