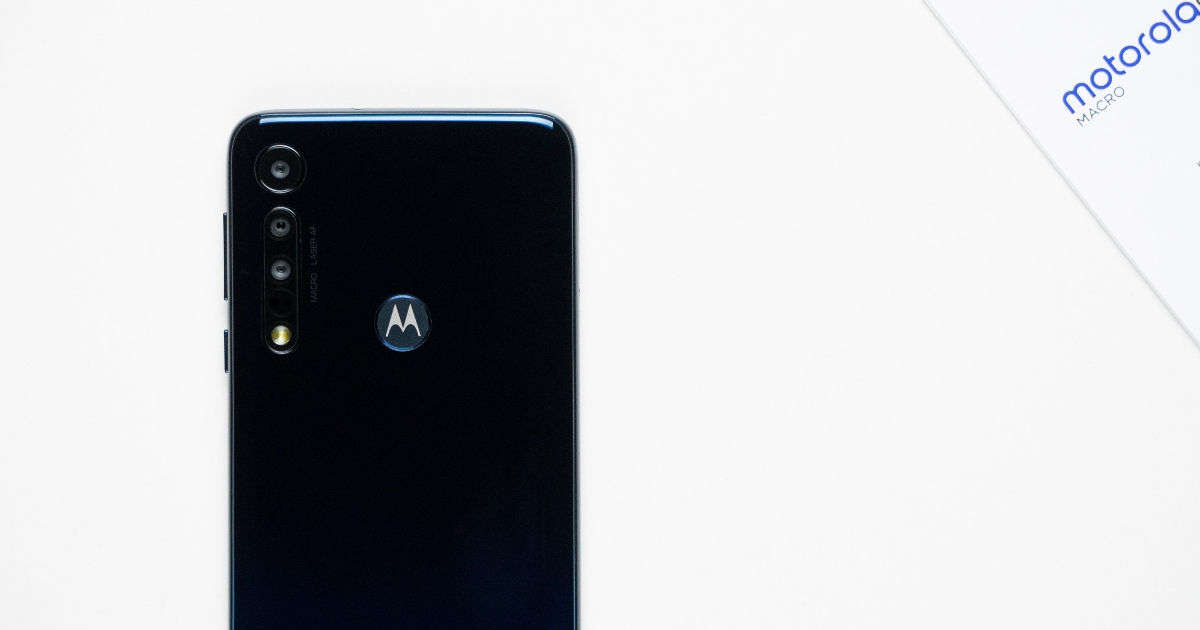 How many of you still remember the Motorola Defy? It was launched in 2010 and was the world’s first Android smartphone that was dustproof and water-resistant. Almost a decade later, Motorola seems to be ready to revive the Motorola Defy moniker. Recently, an unannounced smartphone from Motorola codenamed Motorola Athena was spotted on the Google Play Console and Geekbench. As it turned out, the marketing name of the smartphone could be Motorola Defy. However, that is about it. There has been no other leak of Motorola Defy so far. Well, that changes today as we now have some information regarding the Motorola Defy launch. 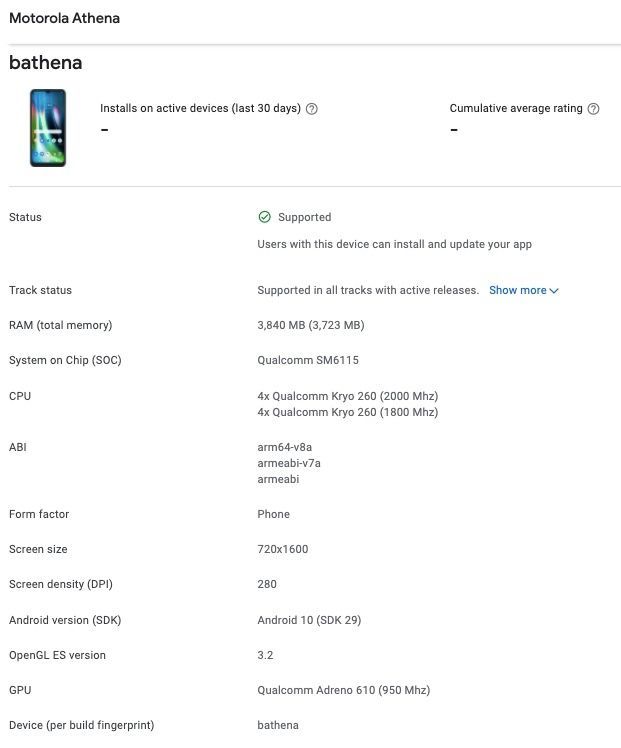 The listing of Motorola Defy (Athena) on the Google Play Console suggests that the smartphone will have the Qualcomm Snapdragon 662 SoC, 4GB of RAM, and the Android 10 operating system. According to the listing, the phone will have a display with HD+ resolution. The Geekbench listing of the Motorola Defy confirms the processor model, RAM capacity, and the OS version that was listed on the Google Play Console. Going by these specifications, it looks like the Motorola Defy will be a mid-range smartphone. 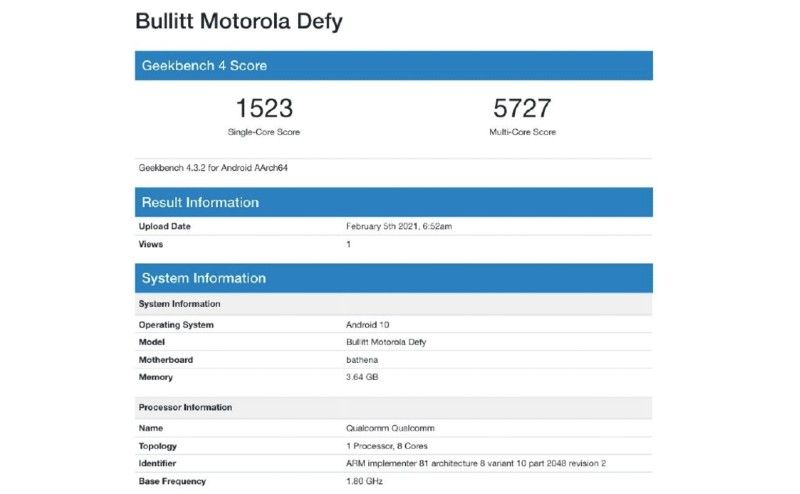 Considering that the first generation Motorola Defy had a rugged design, it is possible that the upcoming Motorola Defy could also feature a dustproof and water-resistant design and bring with a rugged build that can withstand accidental drops. That being said, it is just our speculation. Hopefully, we will know more about Motorola Defy as it appears on more certifications and benchmarking platforms.

While we wait for the Motorola Defy, you can check out more news about the upcoming smartphones as well as popular product recommendations on our Facebook, Twitter, and Instagram pages and head to our YouTube channel for the latest videos.
ShareTweetShare
Share