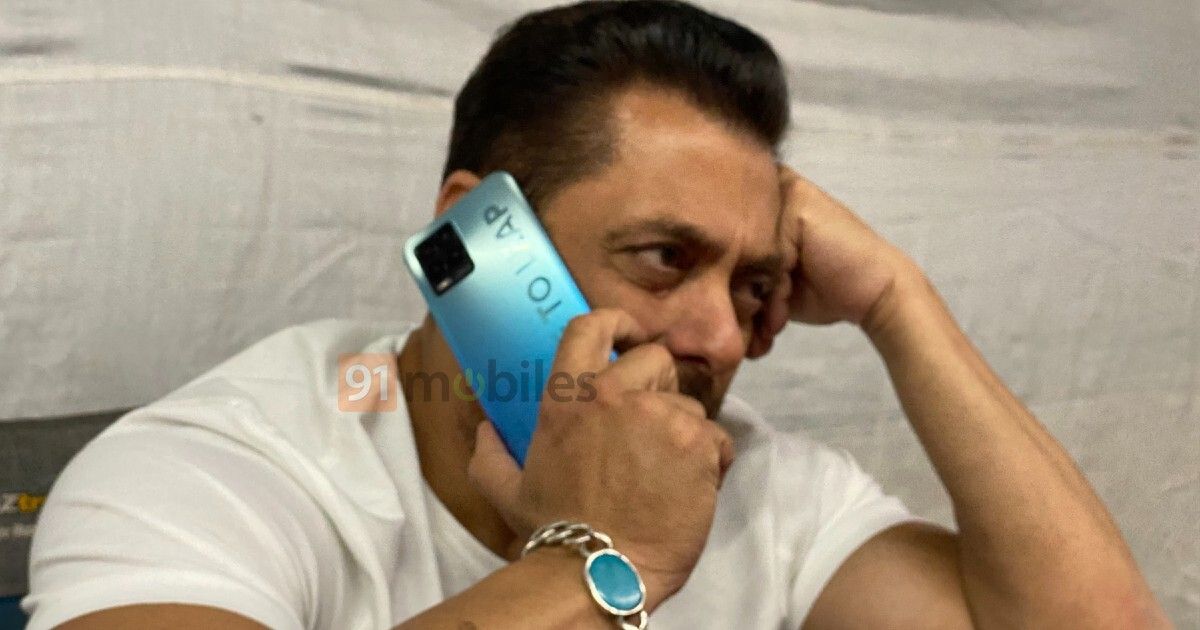 Realme 8 series India launch seems to be imminent as the company tweeted a teaser image on Twitter that that suggests the upcoming series will feature a 108MP camera. Now, 91mobiles has spotted an image that sees Bollywood actor Salman Khan using a never-seen-before smartphone. As you may be aware, Salman Khan is the brand ambassador for Realme smartphones. The actor promoted the Realme 6 and Realme 7 series in the past and he is expected to promote the upcoming Realme 8 series as well. We suspect that the smartphone being used by the actor in the new image is the Realme 8 Pro with a shining rear panel and a unique new camera layout.

As per the image, the Realme 8 Pro will not only come with a premium design with a gradient blue colour finish but will also feature a quad-camera setup on the back. We can see a square-shaped module and the “Dare to Leap” tagline on the rear panel. Realme 8 series India launch was previously tipped to happen in January. It now seems like the Realme 8 series launch in India will take place in March. To recall, the Realme 6 series was launched in March 2020, featuring a 64MP quad-camera system and 90Hz display. The Realme 7 series was launched in September 2020 with a 64MP camera, Super AMOLED display, and up to 65W fast charging support. 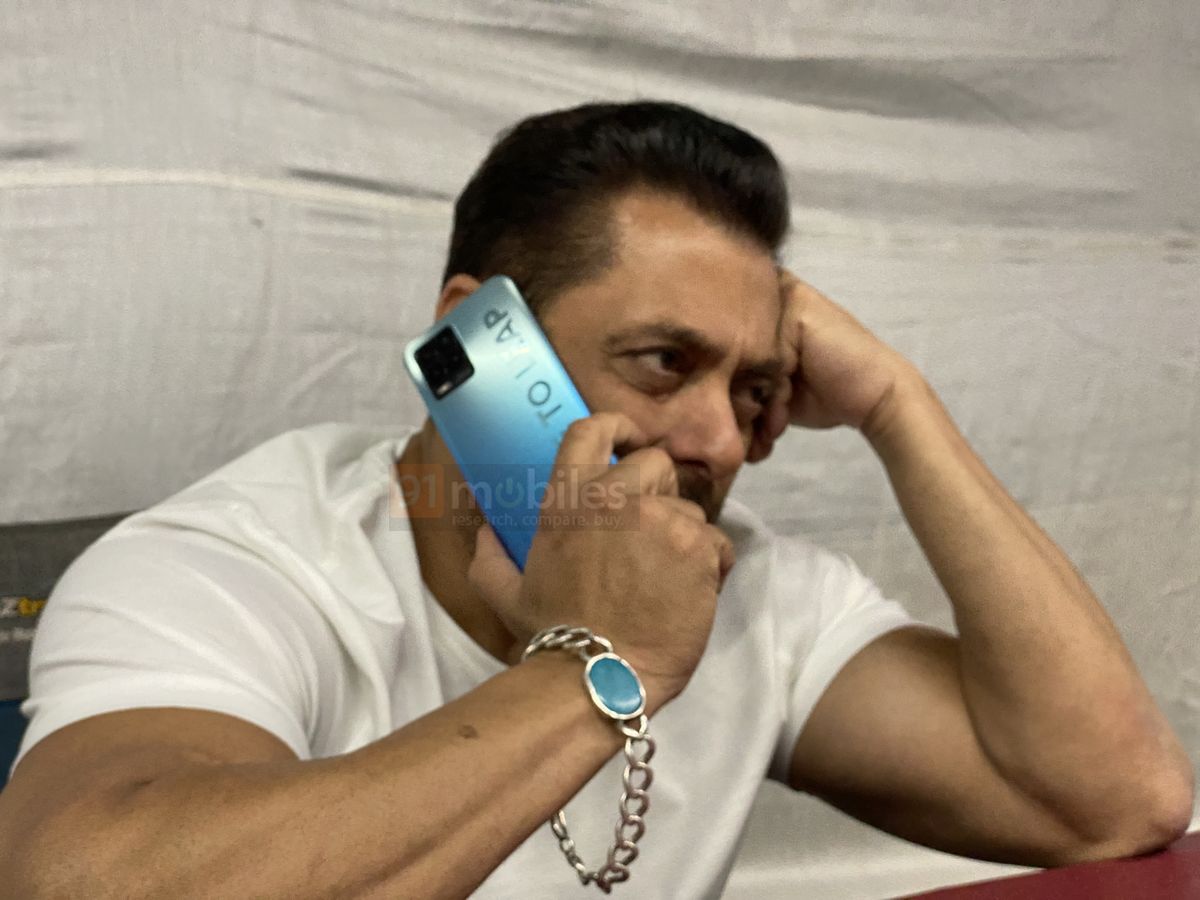 Realme 8 and Realme 8 Pro specifications are still under wraps for now. To recall, the Realme 7 Pro launched with 65W fast charging, Super AMOLED display, 64MP quad cameras, and Snapdragon 720G chipset, among other things. The Realme 7, on the other hand, touts a 90Hz display, MediaTek Helio G95 chipset, 30W fast charging, and 64MP quad cameras. We expect the upcoming smartphones to come with upgraded features, one of them seemingly being a 108MP primary camera.

The upcoming Realme 8 series with mid-range specifications is expected to take on Xiaomi’s Redmi Note 10 series that is set to launch on March 4th.