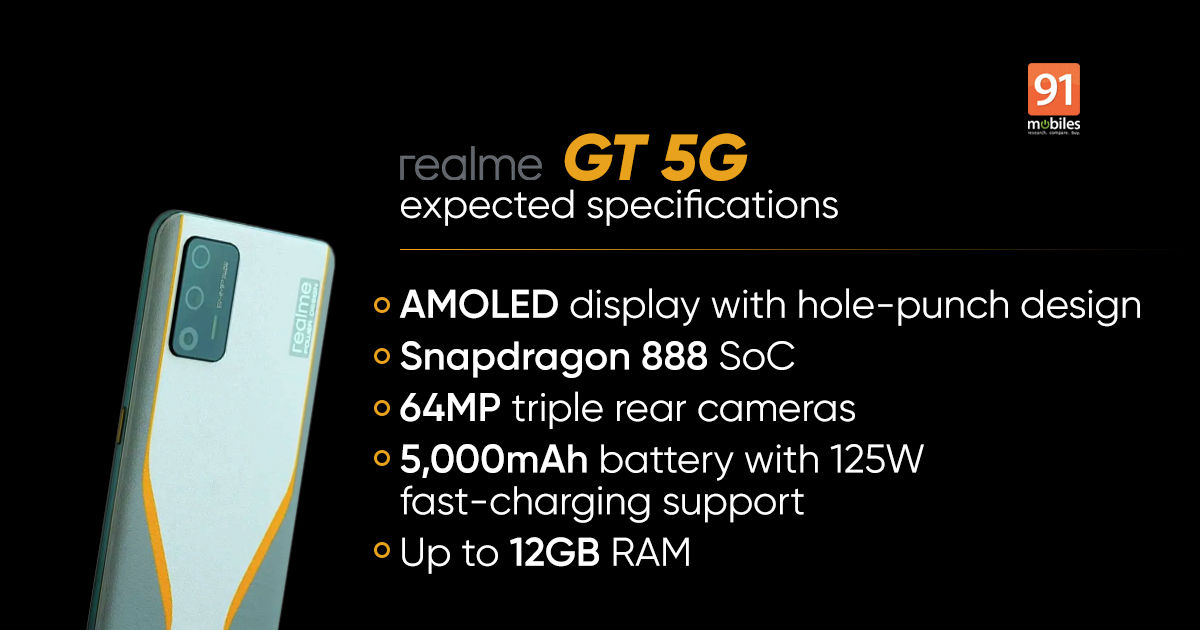 Realme GT 5G global launch date has officially been revealed by Realme. The announcement comes just hours after Realme VP Xu Qi Chase revealed the China launch date on Weibo. The executive posted an invite and announced that the Realme GT 5G will launch in China on March 4th and this is the same date for the global unveiling as well. The upcoming flagship smartphone is part of the new GT series and is internally codenamed Realme Race. Realme GT 5G specifications will include the flagship Qualcomm Snapdragon 888 chipset, the company has confirmed. Other specs teased in the past include an AMOLED display, 125W fast charging support, and a 64MP primary camera, among other things. 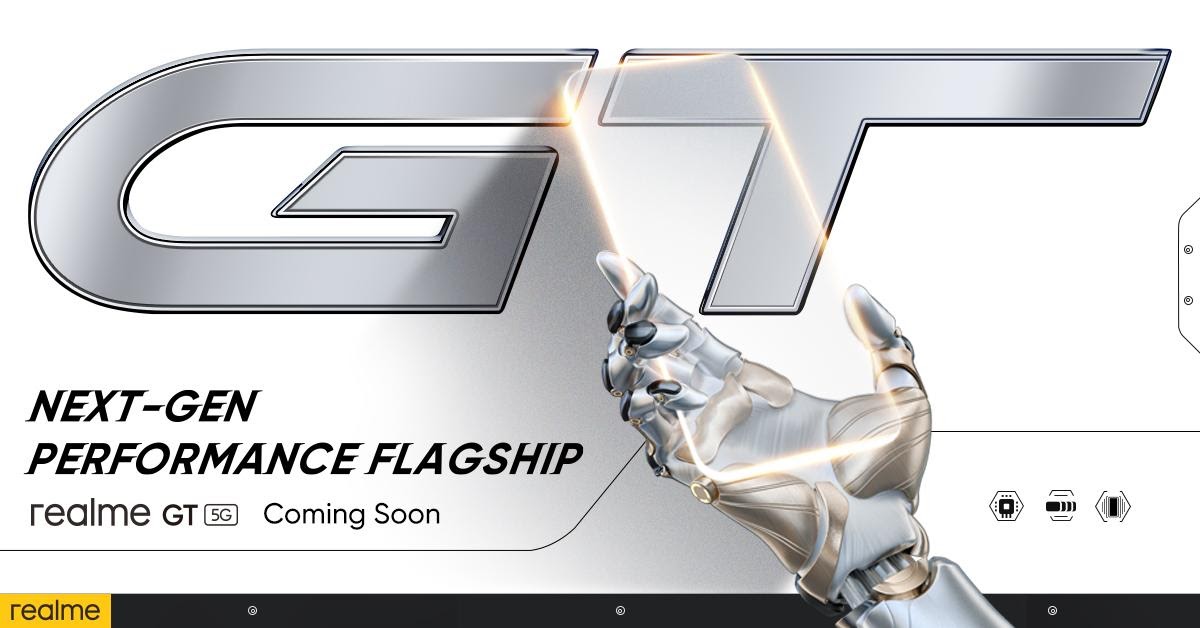 According to the Realme VP, the Realme GT 5G not only has the power thanks to the Snapdragon 888 chipset, but it also has “endurance and speed aesthetic design”. We have already had a glimpse of what the smartphone looks like through a teaser image and renders on TENAA. The phone will come with a GT-inspired finish and a rectangular camera module that will house three camera sensors.

Realme GT 5G is also expected to launch in India as the moniker has been trademarked in the country. Realme India and Europe CEO Madhav Sheth said, “Realme GT is based on our ‘Dare to Leap’ spirit and is an indication of what Realme has in place for its users this year. Realme GT  represents our philosophy of forefront of innovation, design, and product value, which is something that young people can resonate with.”

Realme GT 5G is already confirmed to come with the flagship Snapdragon 888 chipset, but other details are still unclear at the moment. There are rumours that the phone will sport an AMOLED display with a punch-hole cutout for the selfie camera. The Realme GT 5G may also pack a 5,000mAh battery and support the brand’s 125W fast charging solution. The upcoming Realme phone is also expected to come with a 64MP triple camera system and up to 12GB RAM. We expect to learn more about the Realme GT 5G specs in the days leading up to the launch on March 4th.