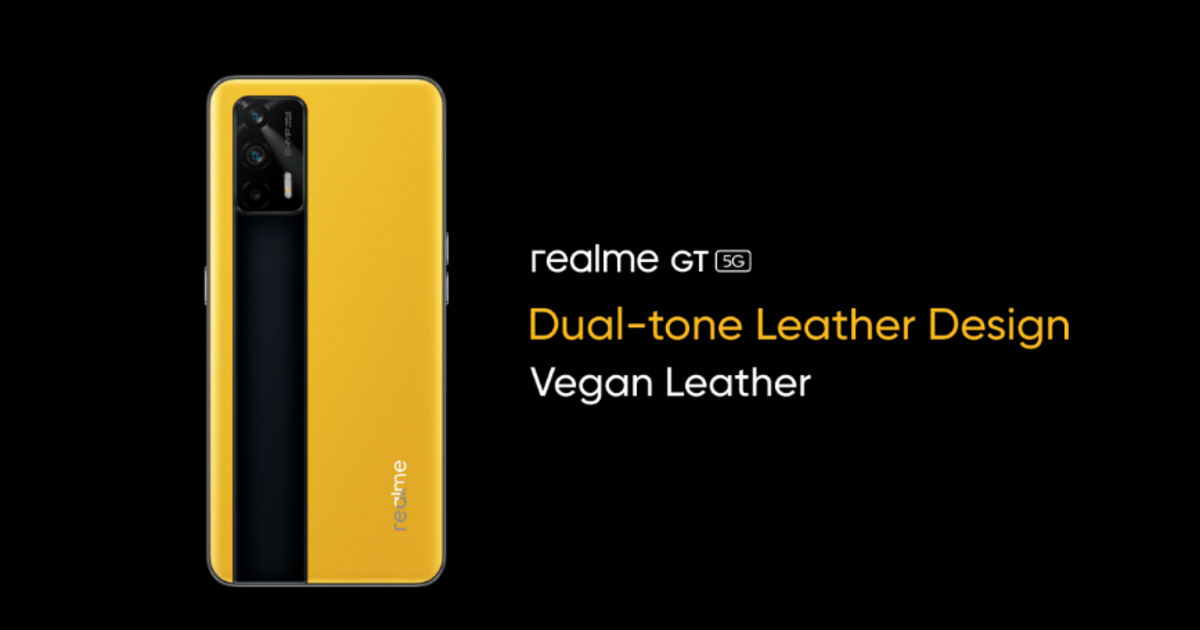 Pretty much everything you need to know about a fullspeed flagship smartphone in 2021. Tell us which spec you love most! #realmeGT #MWC2021 pic.twitter.com/SEdIOBhAg8

The company has also confirmed that the Realme GT will ship with Qualcomm Snapdragon 888 5G SoC, stainless steel VC cooling system — to further improve the phone’s heat dissipation performance by applying stainless steel in the cooling system and optimising the heat dissipation structure. Realme has also mentioned the GT series is based on the concept of GT sports cars, which are designed for high speed and long-distance driving.

Realme GT will arrive in a dual-tone Vegan Leather design that will use two different kinds of material in two different colours. For this, the company says that it uses a one-piece moulding process for the back cover and the inner frame. It will also use an upgraded 2nd generation vegan leather with delicate texture, softer touch and better colour effect. The volume rocker is on the left, while the power button is on the right. 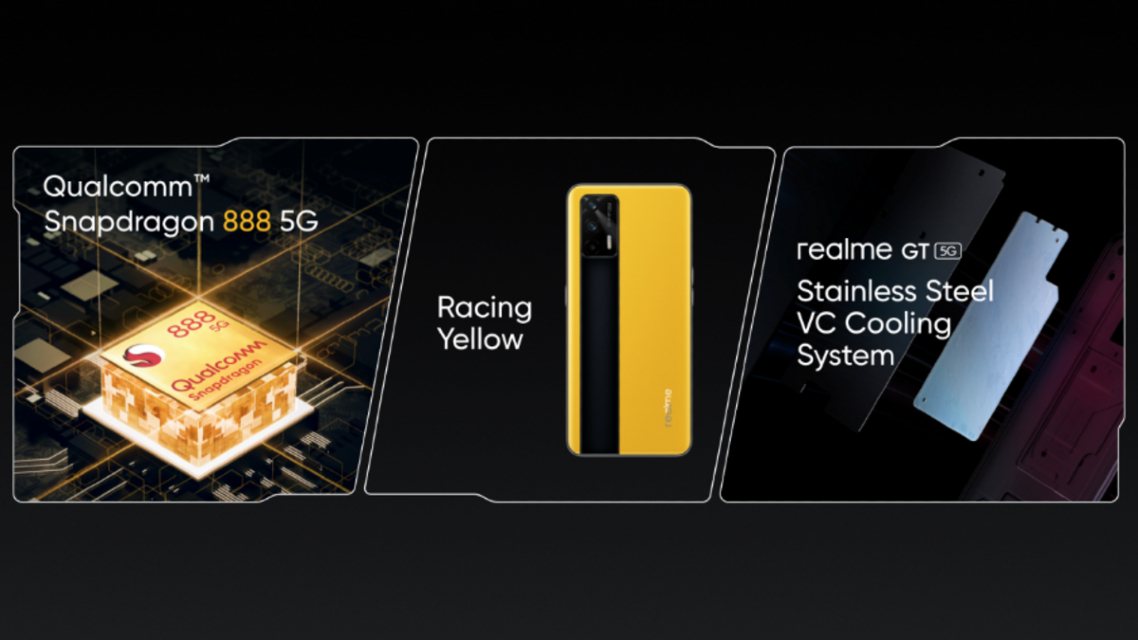 Realme to launch two flagship series in a year

Realme will adopt both Qualcomm Snapdragon 800-series and MediaTek’s flagship Dimensity 5G platform for both mid-range to high-end segment and release two flagship series as a part of the “Dual-platform Dual-flagship” strategy. While one will be focusing on the performance aspect, the other will have a special focus on camera technology, respectively. The upcoming GT series will become the flagship series with high-end performance in its smartphone portfolio under the “Dual-platform Dual-flagship” strategy.