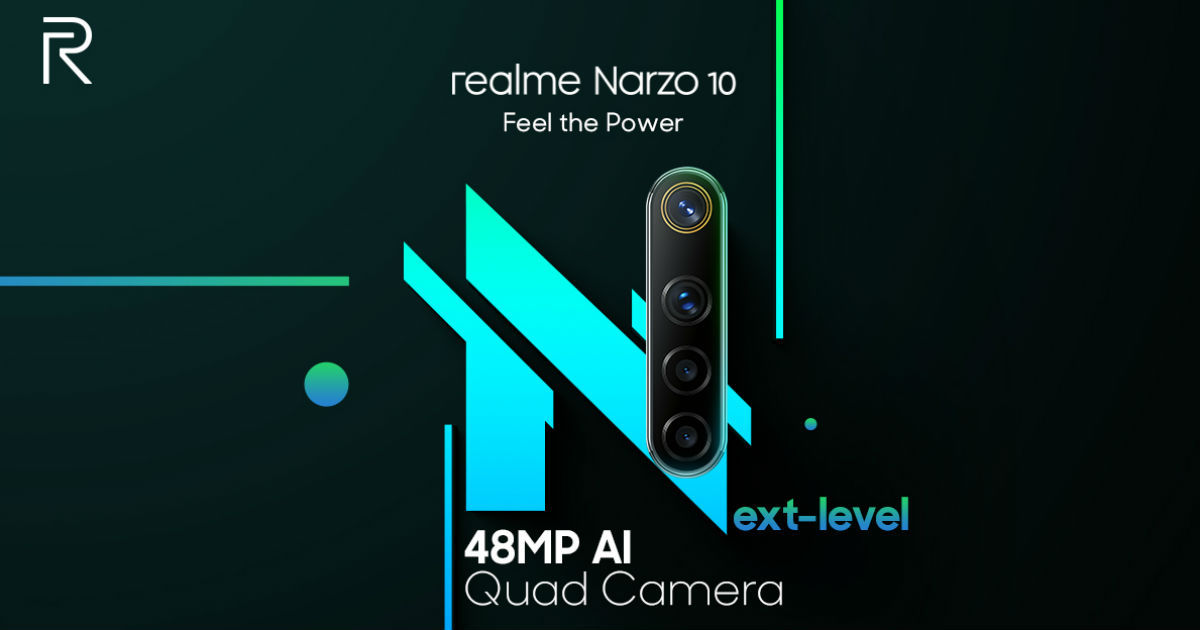 “Realme Narzo 10 series will launch in India on March 26th with specifications like 5,000mAh battery and fast charging support”

Realme Narzo series will launch in India on March 26th and the company has already confirmed the names of the two smartphones launching, the Narzo 10 and Narzo 10A. In addition to the, Realme has also revealed that the Narzo 10 model will sport a 48MP quad camera setup, much like the Realme 6i. The information was tweeted out as a marketing poster by Realme. Previously, Realme revealed that the Narzo 10A will sport a triple camera setup while both the phones are expected to feature a 5,000mAh battery with fast charging support.

Witness next-level clarity with the 48MP AI Quad Camera of the all-new #realmeNarzo10. #FeelThePower as we introduce you to a picture-perfect world.
Launching at 12:30 PM, 26th March on our official channels. #StayTuned
Know more: https://t.co/hQGc0tJYkA pic.twitter.com/3zHofLsRsU

Realme’s tweet that confirms the Narzo 10 will feature a 48MP quad camera setup further suggests that the phone will be a rebranded Realme 6i. While RAM and storage variants for the Narzo 10 are not yet clear, the Realme 6i comes with choices for 3GB or 4GB of RAM, and 64GB or 128GB of native storage. Other key rumoured specifications include a 6.5-inch display with a waterdrop notch and support for 18W quick charging.

Speculations also suggest that the Realme Narzo price will fall under Rs 15,000. With the Realme Narzo 10 pretty much confirmed to come with these sets of specifications, it now remains to be seen what the Narzo 10A, the second smartphone in the lineup, will offer. It seems the company is planning to place the Narzo series between the Realme C series and the Realme 6 series, so we believe prices closer to Rs 10,000 are more likely.