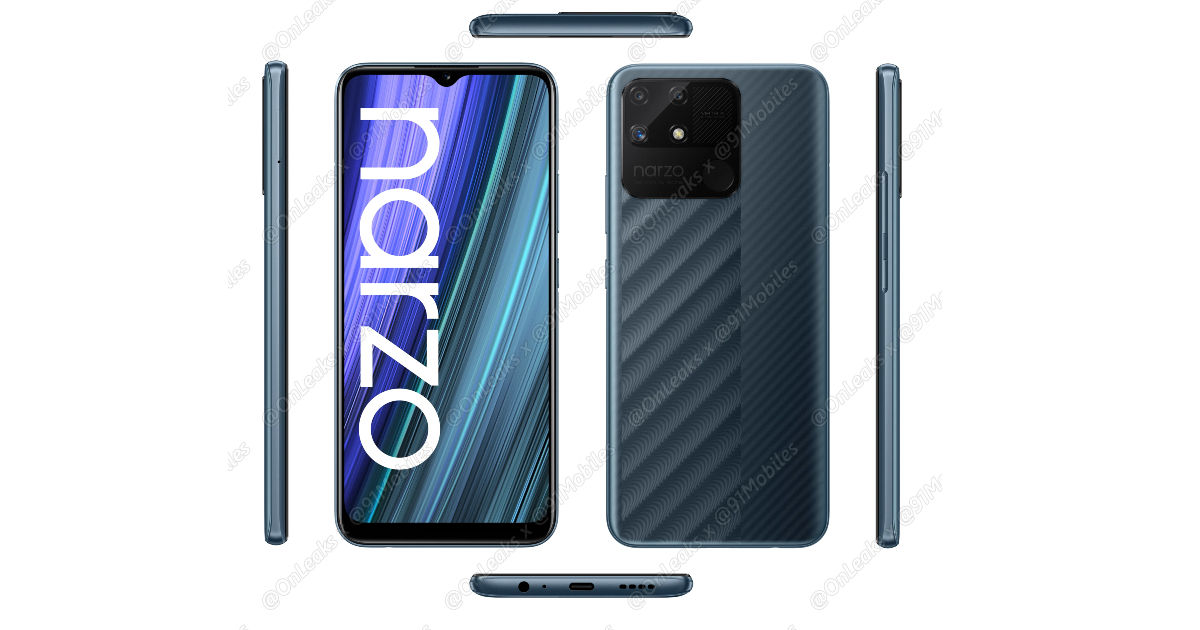 Last week, 91mobiles exclusively shared the renders of the upcoming Realme Narzo 50A, showing off the entire design in full glory. Now, noted leakster Mukul Sharma claims the company has another variant in the Narzo 50 series, the Narzo 50i, that will launch in the country soon. Furthermore, Sharma has shared the storage variants and colour options of the phone. Realme seems to be skipping the Narzo 40 series, considering the number 4 is considered back luck in China. For those unaware, Narzo is Realme’s budget gaming offering.

Realme Narzo 50i is said to come with 2GB RAM + 32GB storage and 4GB RAM + 64GB storage. The phone will be available in Mint Green and Carbon Black colours. Unfortunately, other details about the phone are currently under wraps. We can speculate the Narzo 50i could be the cheapest offering in the segment but can’t be said for certain.

Exclusive: Realme is soon going to launch its Narzo 50i in India.
Here are the colour variants and memory variants:
2GB/32GB and 4GB/64GB
Mint Green and Carbon Black.
Feel free to retweet.#Realme #Narzo50i

On the other hand, the Realme Narzo 50A will have a dual-tone design similar to Narzo 30A. It has a large camera module on the back that houses triple sensors. There’s also a fingerprint sensor inside it. The power button and volume keys sit on the right side, while the bottom of the frame has a 3.5mm headphone jack, Type-C port, and a speaker grille. The phone is said to have a flat display with a waterdrop notch to house an 8MP snapper for selfies and video chats. The triple camera system of the Narzo 50A could include a 12.5MP primary sensor (should be marketed as a 13MP snapper). The phone is likely to have just 4G LTE connectivity. Unfortunately, the hardware specifications of the Narzo 50A aren’t immediately available.