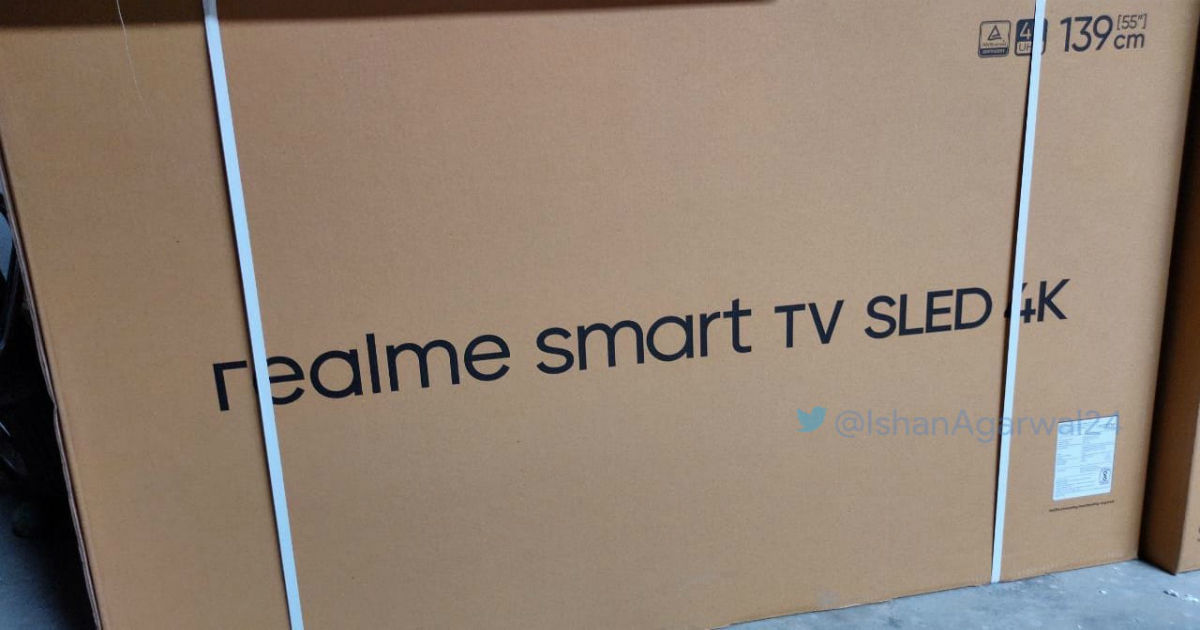 Realme TV 55-inch flagship smart TV was recently teased in India and is expected to launch sometime in October. The company claims it is the world’s first 4K TV to use the new SLED screen technology that has been developed by Realme in partnership with John Rooymans, chief scientist of SPD Technology (Spectral Power Distribution). Now, ahead of the announcement, the Realme TV 55-inch model retail box and label images have surfaced online courtesy tipster Ishan Agarwal. The image reveals the Realme TV 55-inch price in India ahead of its launch in the country. 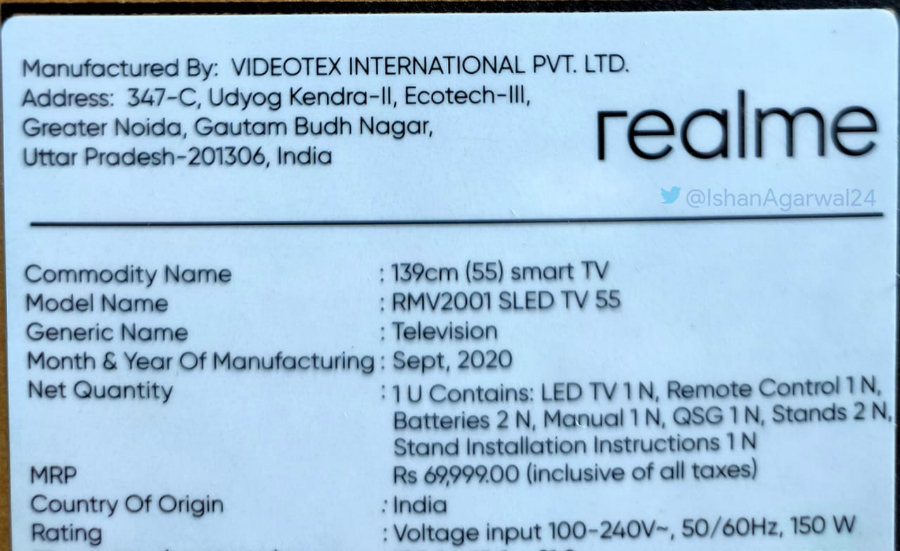 As per the image, the Realme TV 55-inch price in India will be Rs 69,999 (MRP), but the actual cost of the smart TV should be lower. The retail box image also reveals it will come with a remote control, an instruction manual, two batteries, and a table stand. Notably, the flagship Realme TV will be made in India at the company’s Greater Noida facility. Some key Realme 55-inch smart TV specifications may also include 100-240V voltage input and 50-60Hz refresh rate, as per the leaked images.

Realme has detailed the new SLED screen technology being used on the 55-inch smart TV. The company claims the screen will off an ultra-wide color gamut and super eye care with reduced blue light. We expect to learn more about the flagship TV in the coming days.

Realme had launched the 32-inch HD and 43-inch FHD smart TVs in India a while back with prices starting from Rs 12,999. These TVs run Android TV OS, come with built-in Chromcast, Google Play Store for app support, Google Assistant for hands-free voice control, quad speakers, and a MediaTek chipset. The TVs come with support for popular apps, including Netflix, Amazon Prime Video, YouTube, among others. It’s possible some of these features might find their way to the upcoming 55-inch Realme TV.