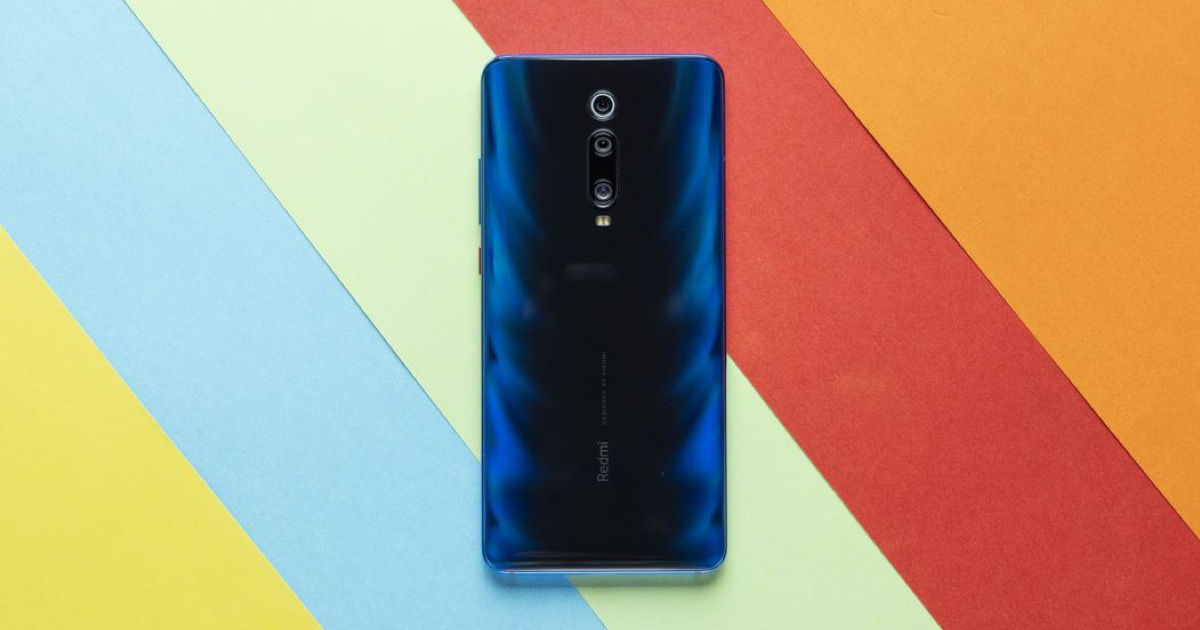 If there’s one brand which has had an impeccable track record, it’s undoubtedly Xiaomi. While many companies have hit back to back homeruns with their products, they didn’t have as many SKUs under their belt as the Chinese tech giant. And, even with its sheer volume of smartphones, most if not all Xiaomi devices have been received well by both, the audience as well as the critics alike. 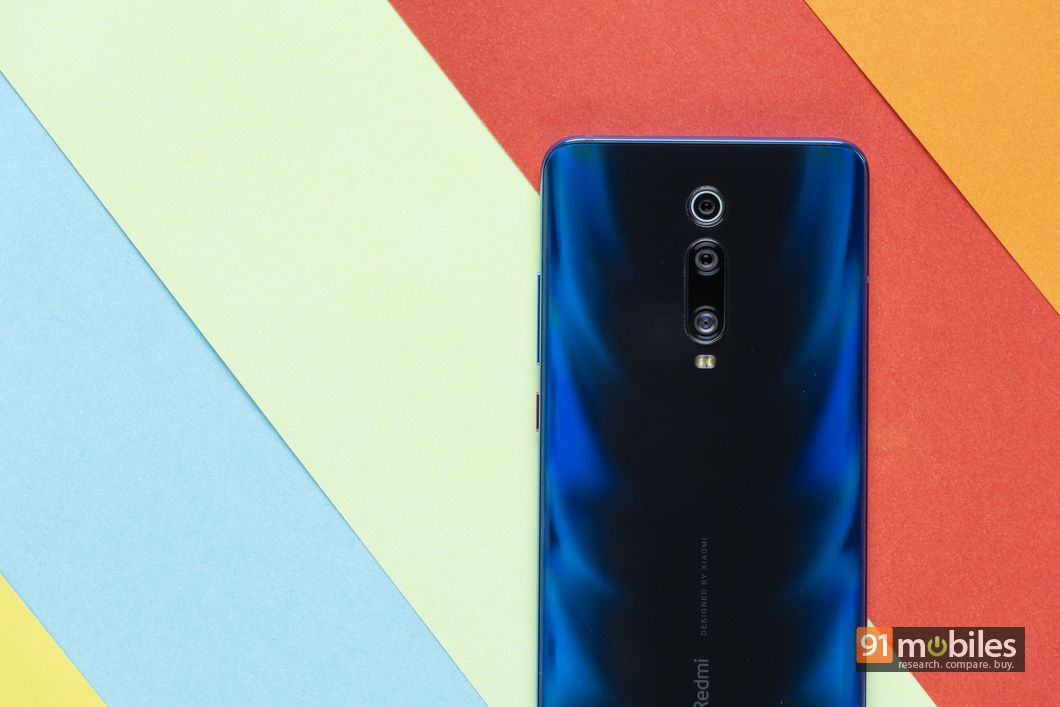 Therefore, it comes as little surprise that the brand’s subsidiary Redmi is carrying the torch forward just as remarkably. Redmi has been in business for less than a year and it has already carved a niche for itself in the budget and the affordable segment. Now, with the Redmi K20 and the K20 Pro (review), the company hopes to extend its reign over to the premium mid-range and flagship killer space too. Our review of the K20 Pro is already up on the blog, but if the more affordable K20 piqued your interest more, then here’s everything you need to know about the device. 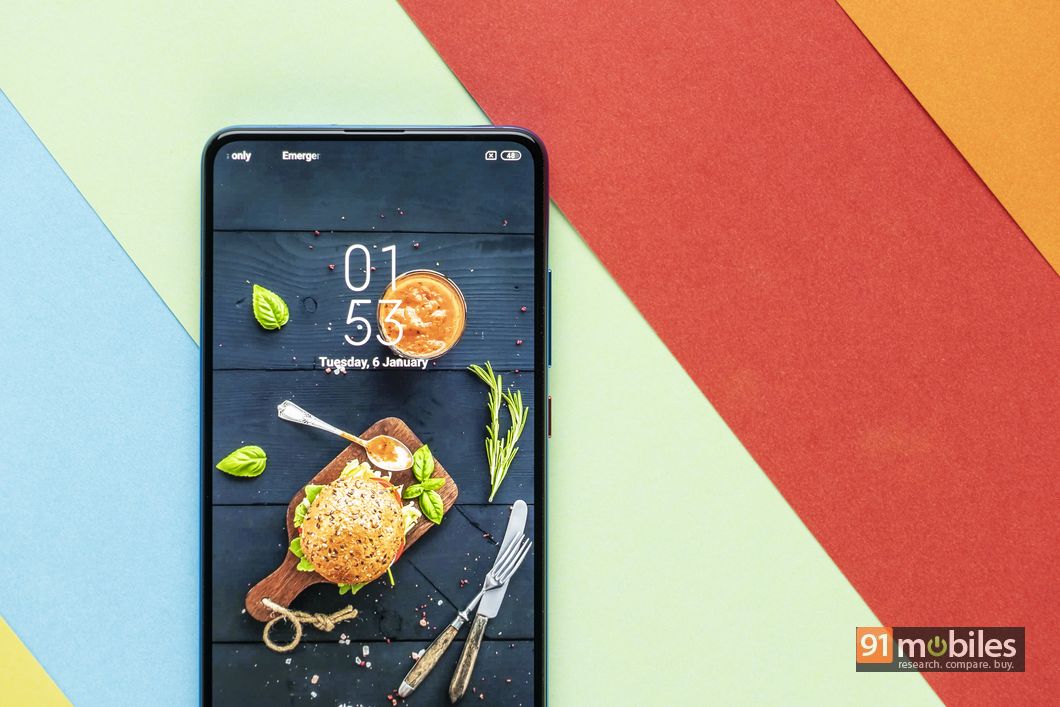 First things first – the Redmi K20 and the Redmi K20 Pro look and feel identical. In fact, I’m willing to bet that most, if not all buyers will not be able to tell which one is which just by looking or holding the devices in their hands. What sets the K20 apart from the Pro model is its processor, and its rear-facing 48MP camera, which I’ll talk more about in a bit. For now, let me gloss over the similarities between the two smartphones.

Most ‘non-Pro’ models have a clear tell – they’re either smaller in size, have a lower number of cameras on the back, or have been constructed using inferior components such as plastic. To that extent, buyers opting for the Redmi K20 will enjoy the same aesthetic appeal which is associated with its pricier sibling. From the size of the phone, to the handset’s overall build quality and even the choice of colours, the Redmi K20 is indistinguishable from the K20 Pro. 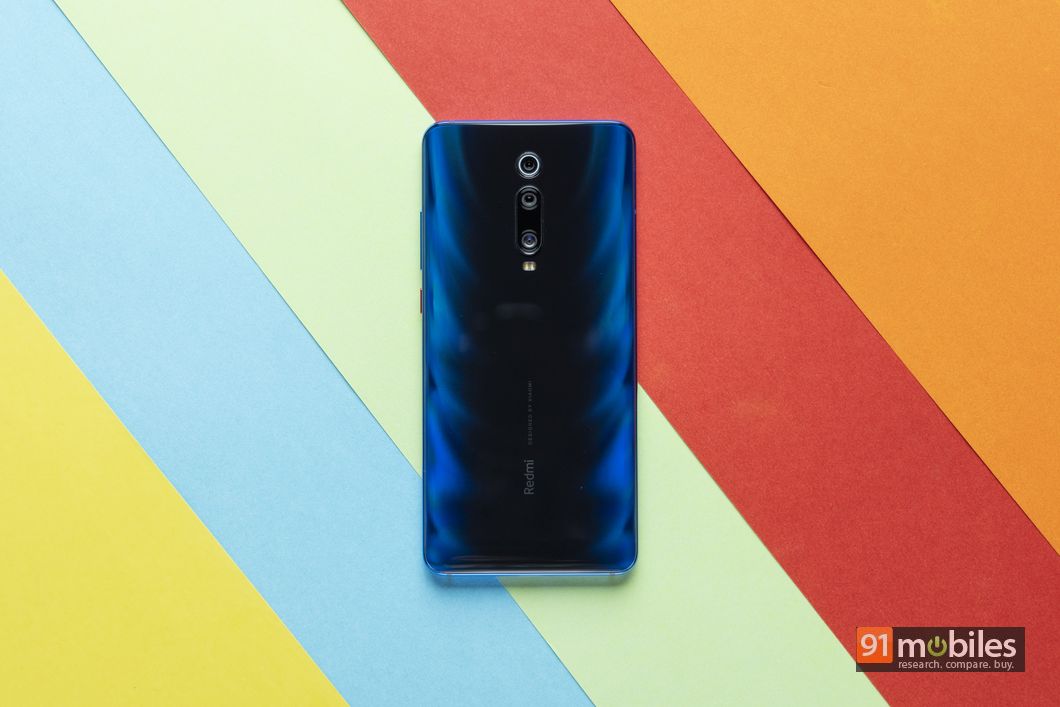 Therefore, if you want to read up on the design of the handset, I’ll recommend you head over to my colleague Nitansh’s review of the K20 Pro. But, long story short, both, the Redmi K20, as well as the K20 Pro, are gorgeous devices with excellent ergonomics and a stunning gradient back. 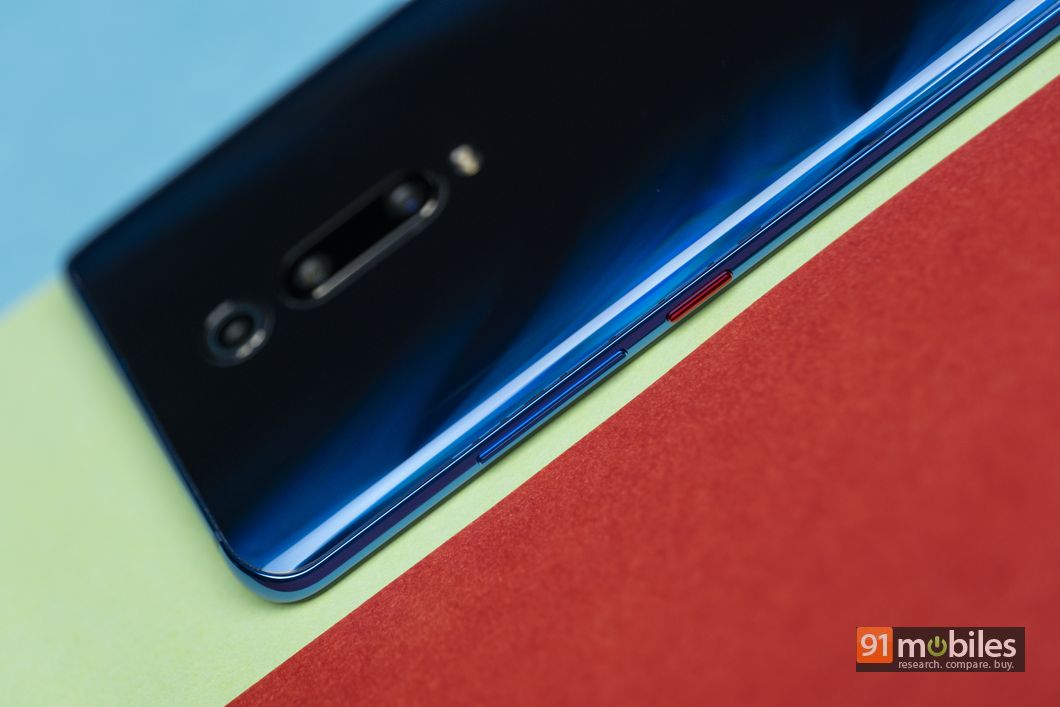 As for the ports and buttons, both, the Redmi K20 as well as the K20 Pro ship with the same in-display fingerprint sensor, a pop-up selfie camera (which supports face unlock), a headphone jack and a USB Type-C port for charging. Unsurprisingly, the fingerprint sensor on the K20 was just as responsive as the one on the Pro model and I didn’t face any issues with the unit during my time with the device. The face unlock software worked well too, albeit there’s no option to turn off the LED light which perimeters the selfie camera module.

Therefore, you’ll be hit with a dash of light if you use face unlock at night in the dark. I’d also like to add that the elevating mechanism has been rated for 3,00,000 pop-ups, so you need not fret about the unit’s durability. 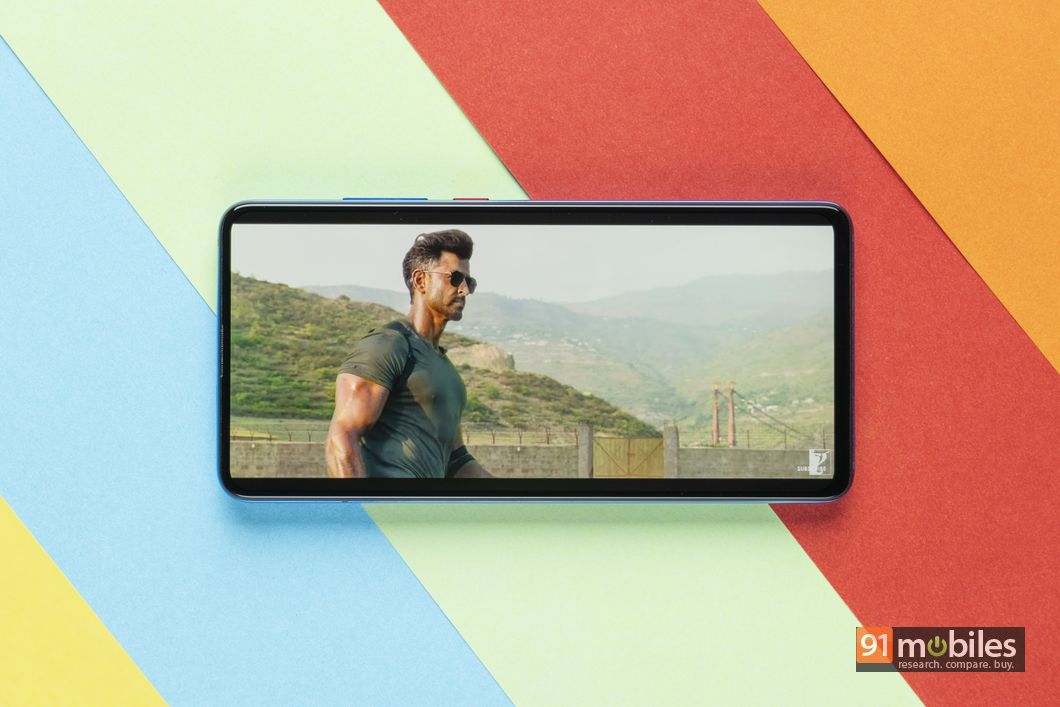 Coming to the display, both the Redmi K20 as well as the K20 Pro feature 6.3-inch full HD AMOLED panels which canvas over 91 percent of the phones frames. Consequently, both the phones are a godsend for media junkies, and you’ll revel watching your favourite TV shows and movies on the devices. The panels get satisfactorily bright too, so using the K20 or the K20 Pro outdoors didn’t pose much hassle either. For the most part, the K20’s camera setup is the same as the K20 Pro. In fact, both the devices feature identical 20MP front-facing cameras which click remarkably detailed selfies during the day, and even at night. What’s more, the portrait mode for the selfie shooter managed to clearly distinguish between the subject and the background, and even created a convincing blur effect too. However, I noticed that irrespective of what settings you use to click photos with the phone’s front-facing camera, they’d have a pinkish tint to them. 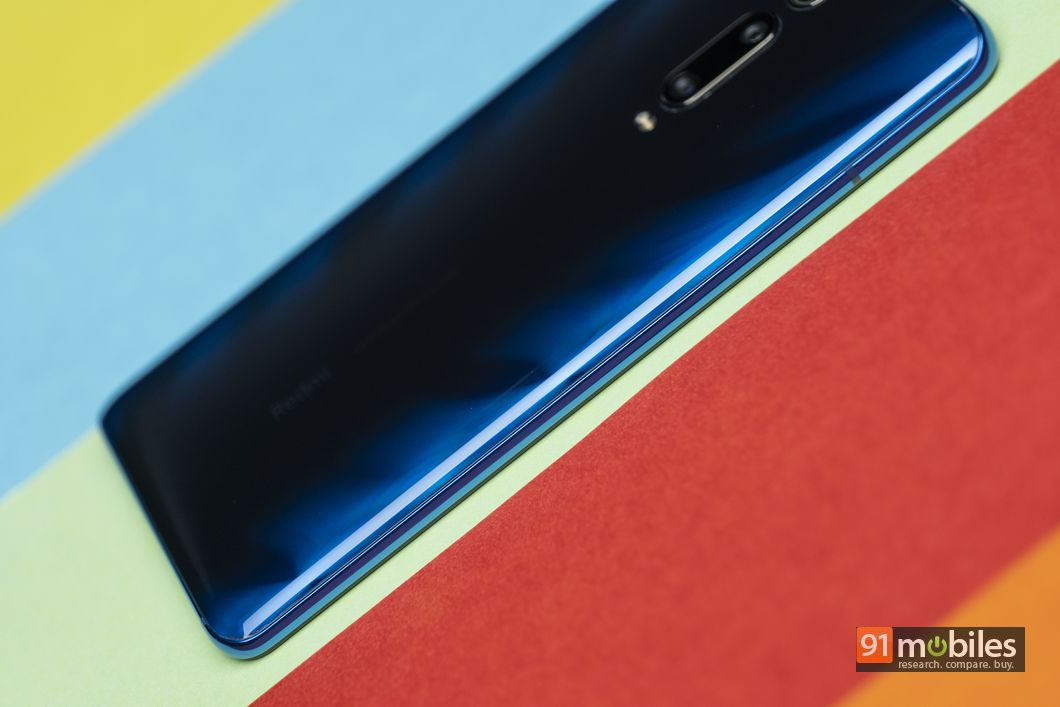 Consequently, the colours in the photos was way off which made the snaps seem unnatural and heavily edited. If you’re interested in seeing the samples, then feel free to browse through the gallery over in the next subhead. 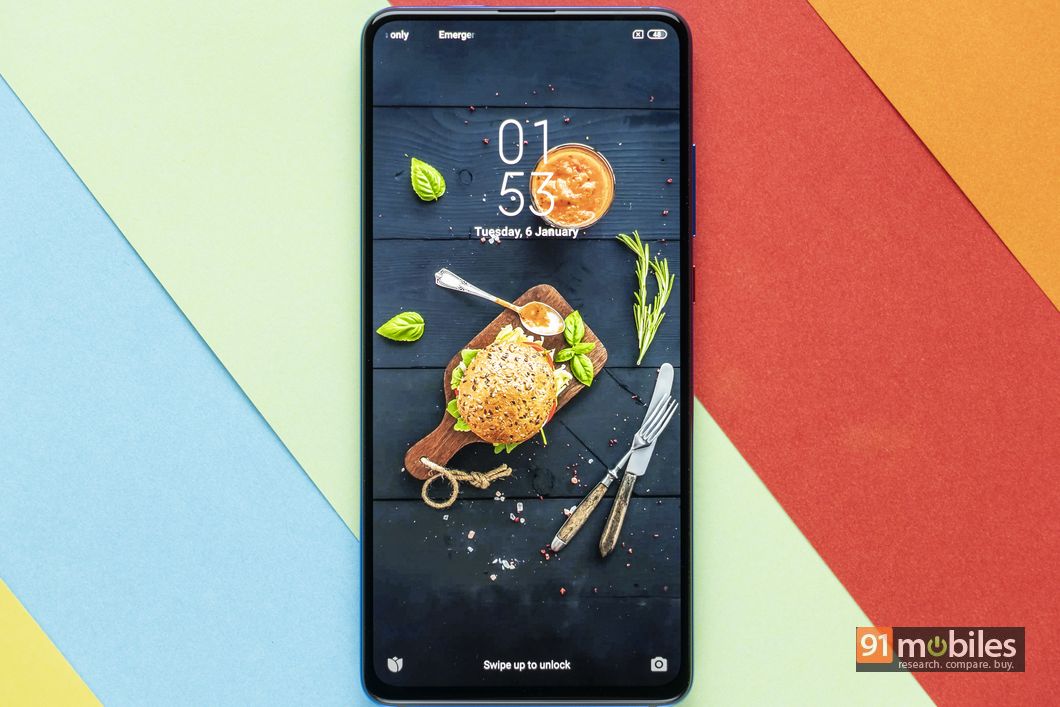 In terms of software, all Redmi phones launched this year boot Android Pie with a skin of the company’s MIUI v10 on top. That being said, unlike most Xiaomi/Redmi devices, the latest version of the custom skin on the K20 ships with the POCO launcher, and I couldn’t be happier. You see, POCO launcher includes a dedicated app drawer, which makes managing your apps much easier. Moreover, you also get a system-wide dark mode, which is a treat to the eyes on the handset’s AMOLED display. There’s much more to MIUI v10 which my colleague has already covered in his review of the K20 Pro, so make sure to check that out. 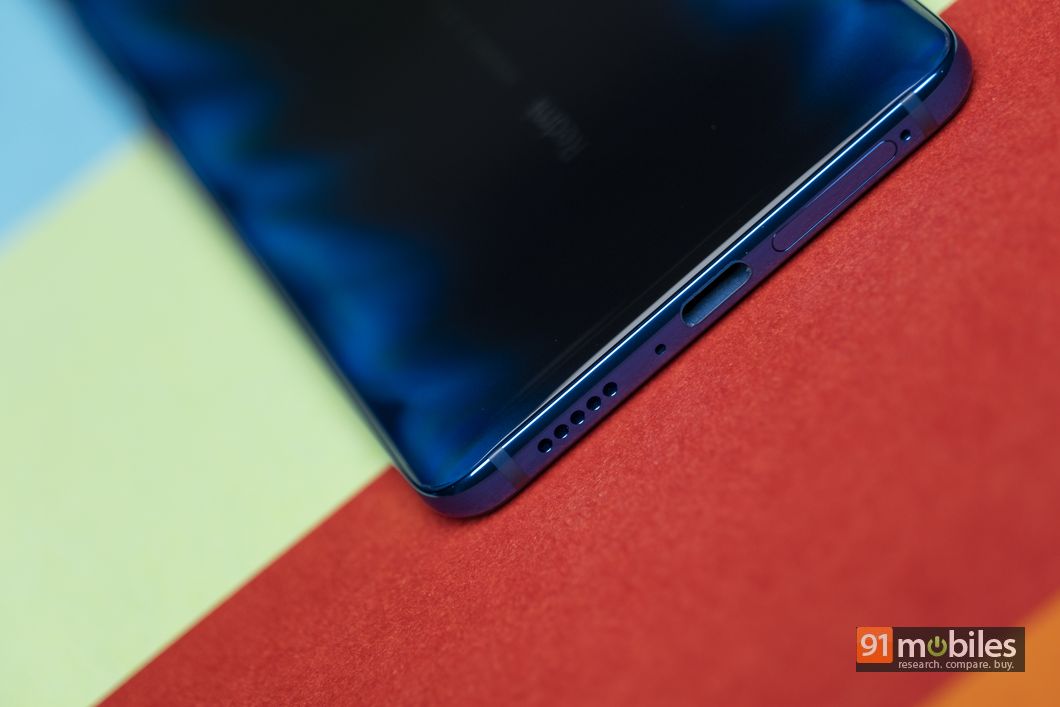 Lastly, both, the Redmi K20 as well as the K20 Pro boast beefy 4,000mAh cells which easily lasted me a day on the former. My usage included playing a match or two of PUBG’s TDM mode, spending oodles of hours browsing through memes on Instagram, watching movies and staying connected with my peers through a handful of apps like Snapchat and Instagram. Suffice it to say, you will be able to easily get through the end of a heavy work day with the Redmi K20 in your pocket. 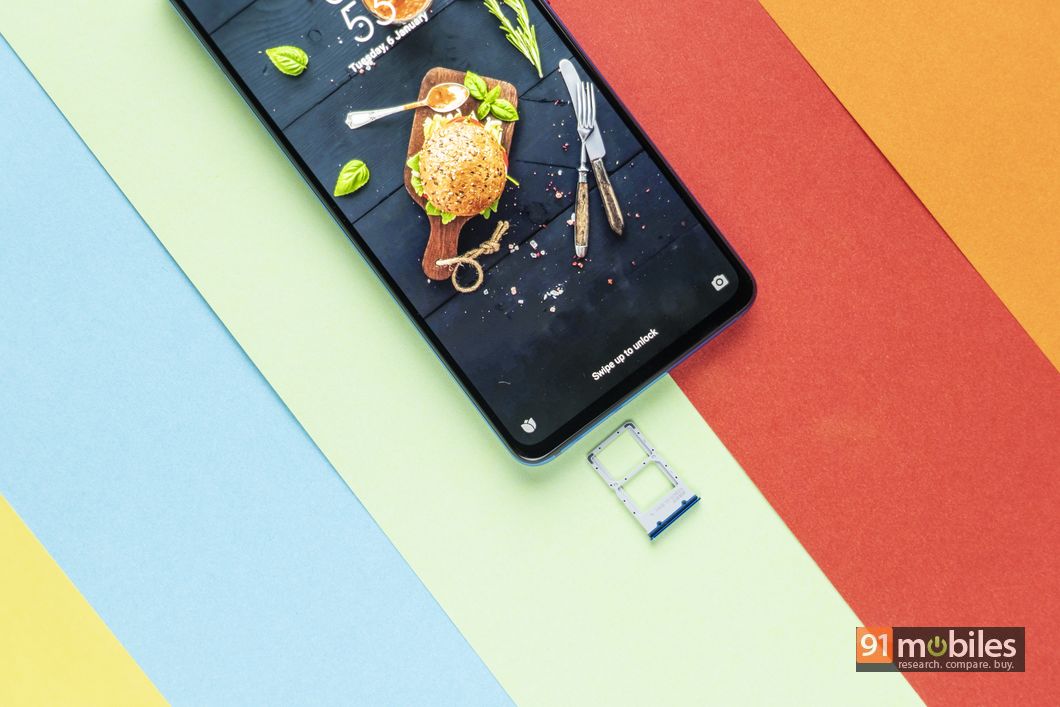 It’s noteworthy that the K20 ships with an 18W USB Type-C charging standard as opposed to the 27W fast charging on the K20 Pro. That said, both the devices bundle the same brick in the box which can output a maximum of 18W and therefore, buyers opting for the K20 Pro will have to purchase a high-wattage brick separately.

What’s different between the K20 and the K20 Pro? 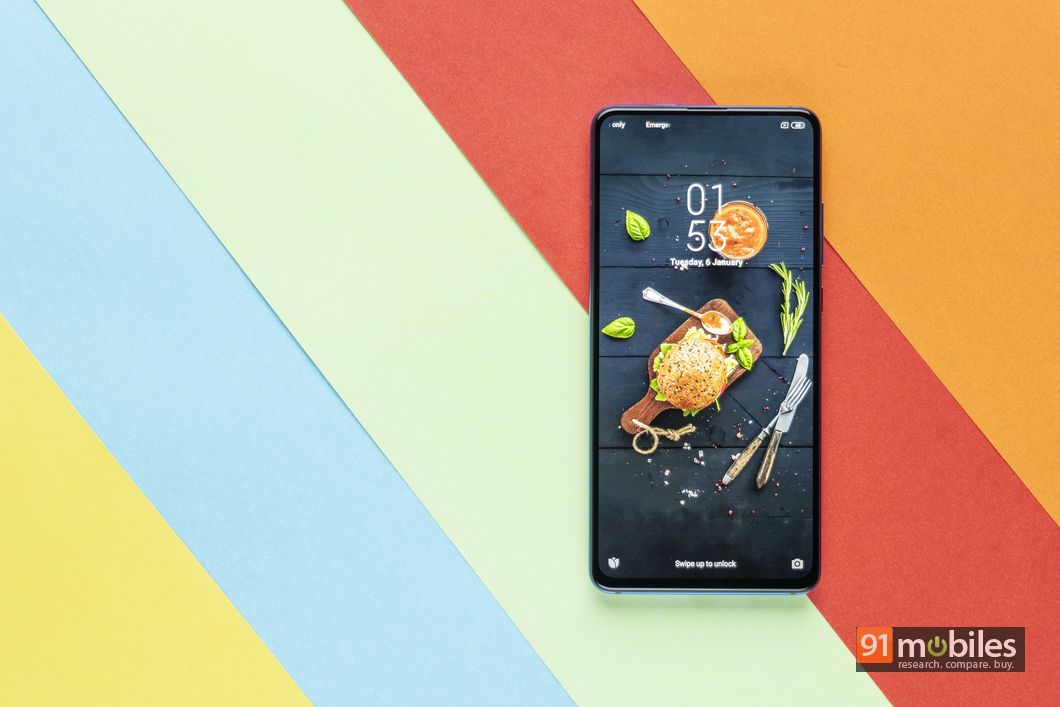 While the Redmi K20 Pro is backed by Qualcomm’s latest flagship SoC in the form of Snapdragon 855, the Redmi K20 settles for a newer, yet slightly less powerful Snapdragon 730 chip. Now, the performance delta between the two CPUs is significant, but it’s only evident when you’re pushing the K20 to its limits. For instance, while PUBG defaulted on the highest graphics preset on the phone, the game played much better on the Pro variant than it did on the K20. In a similar fashion, while the K20 could comfortably multitask between a half a dozen apps, the animations and the app opening times were a tad bit faster on the K20 Pro. 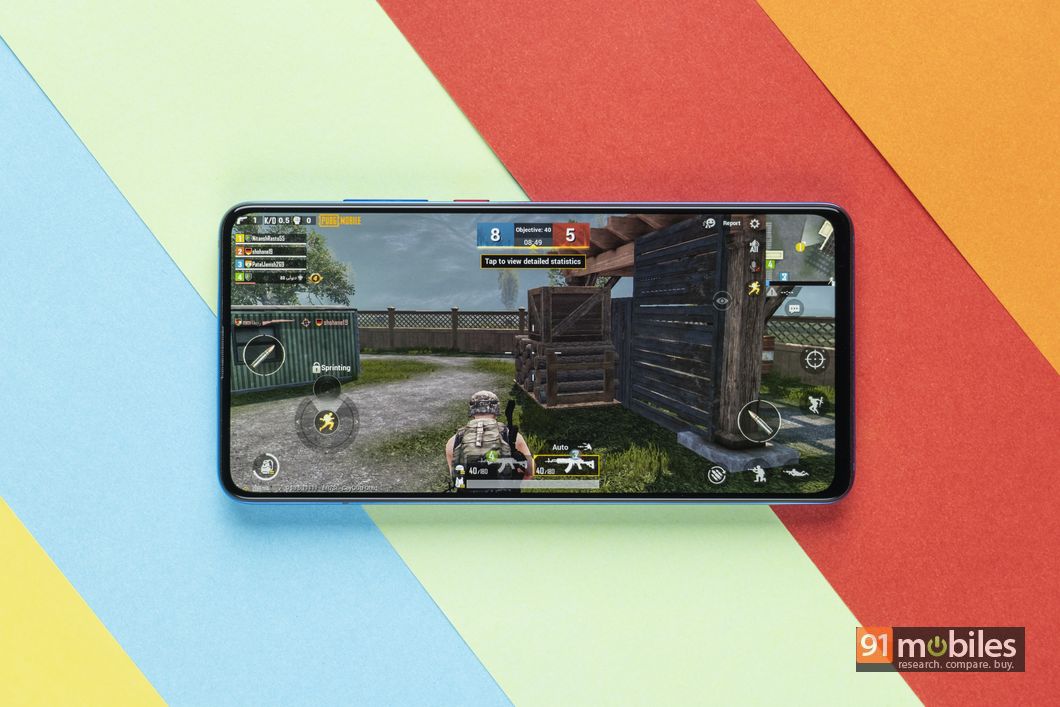 Interestingly enough, the Snapdragon 730 processor is the third-fastest chip from Qualcomm behind the SD 855 and SD 845 mobile platforms. This puts the Redmi K20 in a tough spot since you can spend less than the K20 and get the POCO F1 (review), which per Xiaomi, is a faster phone. Or, if you can extend your budget, then you can instead opt for the K20 Pro, which will not only offer faster performance to boot but will also increase the smartphone’s longevity. 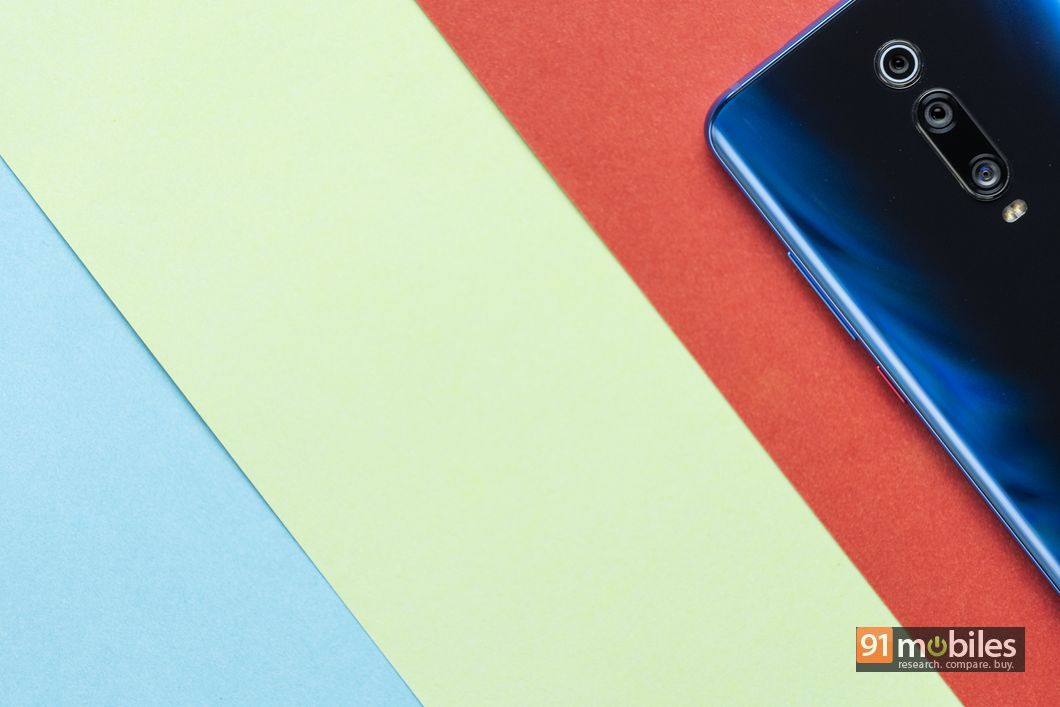 As for the rear-facing camera module, you’ll be hard-pressed to find any differences in the image quality when compared to the K20 Pro. As baffling as it might sound, the K20 clicks pretty much the same photos as its pricier sibling, with a tad bit less vibrancy. So, what gives? Well, the 48MP shooter on the K20 makes use of a Sony IMX 582 sensor, as opposed to the tried and tested IMX 586 sensor on the Redmi K20 Pro. 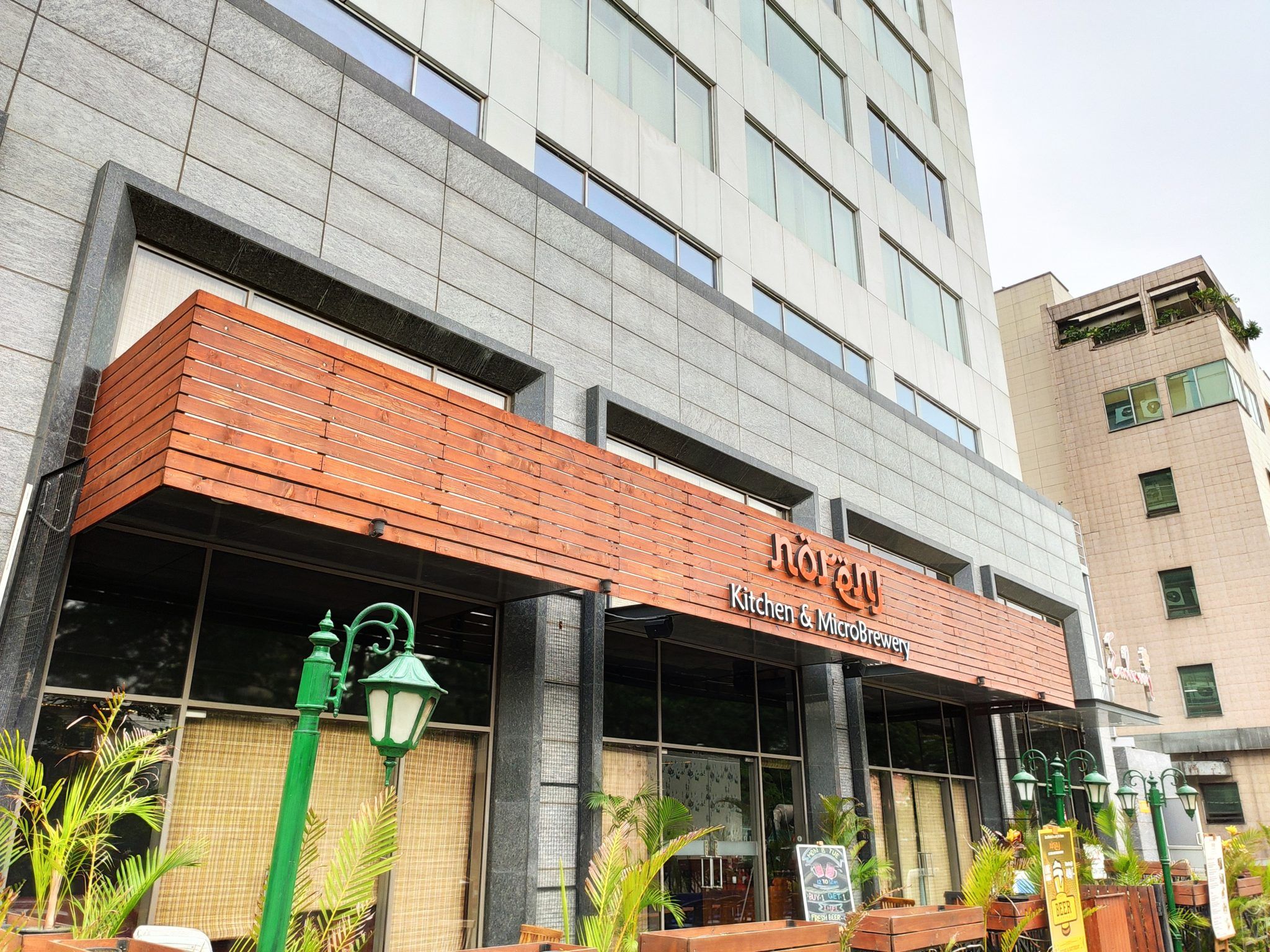 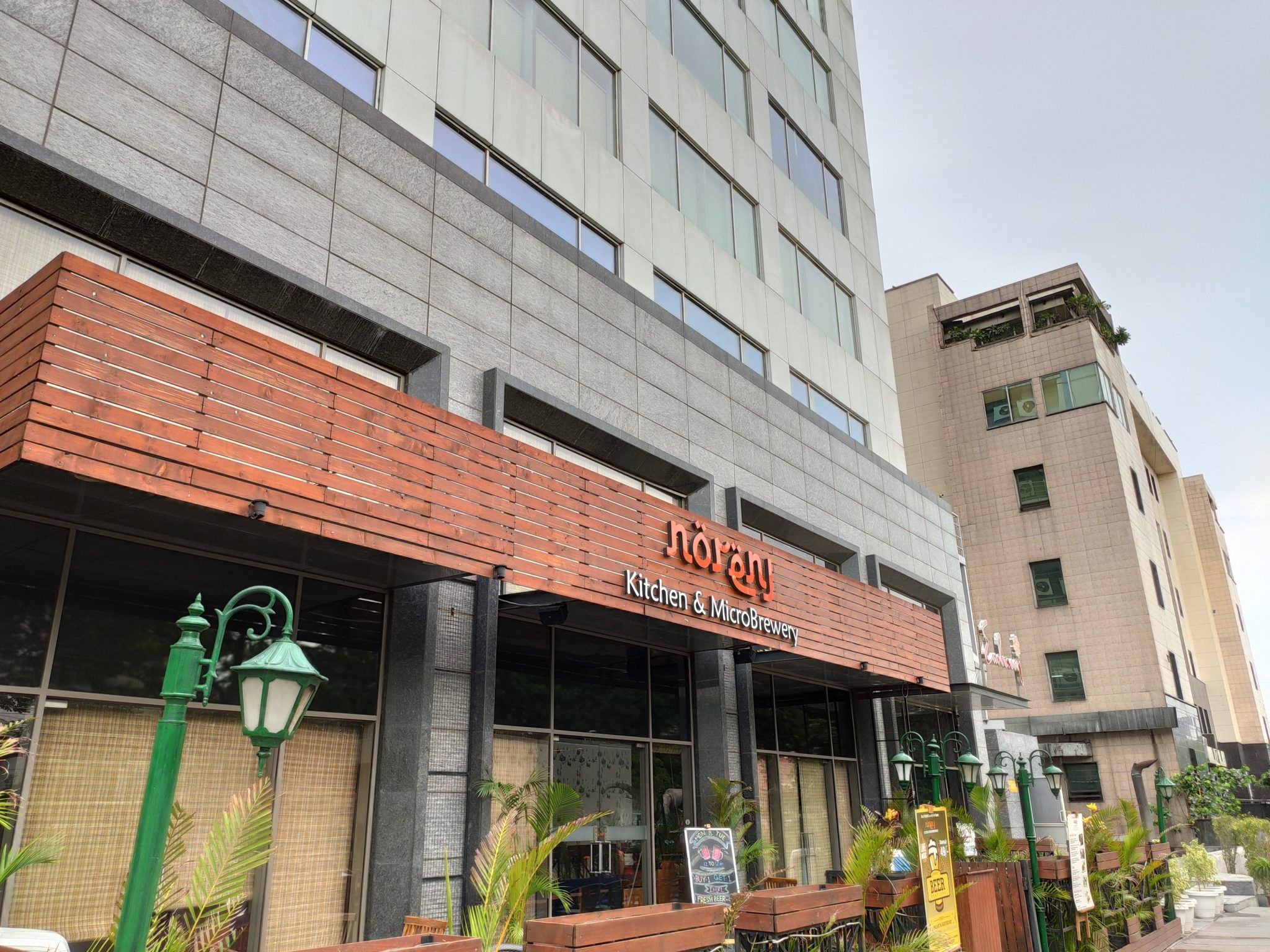 Now, the reason why I didn’t notice any major differences in the image quality is because the IMX 586 sensor only has an edge when it comes to shooting videos over the IMX 582 sensor. Therefore, with the K20 Pro, you’ll be able to shoot 4K videos at 60fps, whereas the K20 locks the video frame rate at 30fps when shooting in 4K resolution. And that’s it, really. Even the assisting cameras on the K20 are like the ones on the K20 Pro, and the phone ships with an 8MP telephoto lens with f/2.4 aperture, as well as a 13MP, f/2.4, wide-angle lens with a 125-degree field of view.

On the whole, I was greatly impressed with the cameras on the K20 and below is the pudding for proof.

As can be seen from the sample images, the Redmi K20 clicks stunning photos during the day which have an abundance of details in them. The handset boasts excellent dynamic range too, which makes scenes with a cloudy sky pop. I will admit that the handset doesn’t bring up the details in the shadows all that much, but other than that, the K20 is a very reliable shooter when the sun’s out.

Also, a word of advice – if you’re shooting in good lighting conditions, then the AI engine will do little to spruce up the photos. Therefore, you might as well turn it off when it’s sunny outdoors and just stick to clicking images with the HDR enabled. 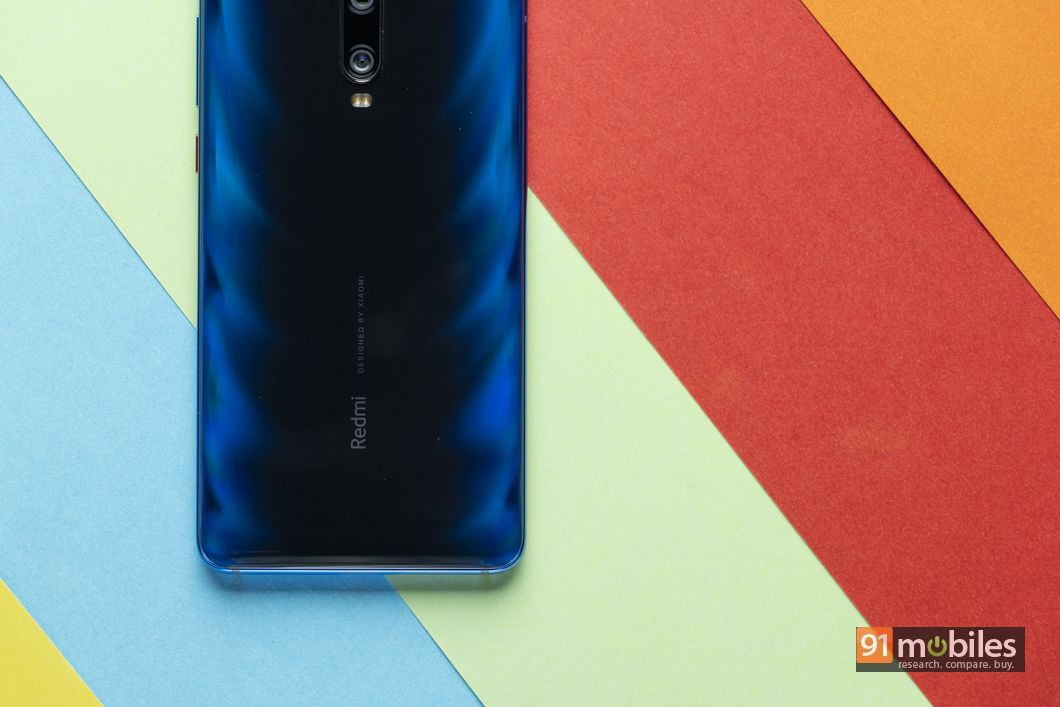 I was quite satisfied with the smartphone’s ultra-wide angle and telephoto shooters as well, which help you get up close or further from a subject without moving an inch from your position. Moreover, unlike the ultra-wide angle lens on some competing devices, the K20’s 13MP shooter clicked sharp, cinematic shots too. As for portrait mode, the smartphone struggled to tell the subject from the background and consequently, parts of my hair were also blurred in the shot.

The 48MP mode, on the other hand, works as advertised and it betters the details in a scene by a considerable amount. What’s more, unlike most other camera apps, the Redmi K20 ships with a dedicated 48MP mode which can be accessed easily by swiping left or right on the viewfinder.

I hate to end the camera section on a bad note, but the Redmi K20’s lowlight performance felt amiss. While the handset clicked decent photos for the most part, there was considerable lens flaring in the shots. Lowering the exposure does help keep a lid on the issue, but it also results in the overall scene turning much darker.

The Redmi K20 starts at Rs 21,999 in India, but my review unit was the higher-end model that costs Rs 23,999. For the price, the phone offers reliable performance, good cameras, stunning design and much, much more which should make it an easy recommendation. But, as much as I like the phone, I’ve come to expect too much from the brand when it comes to pricing. 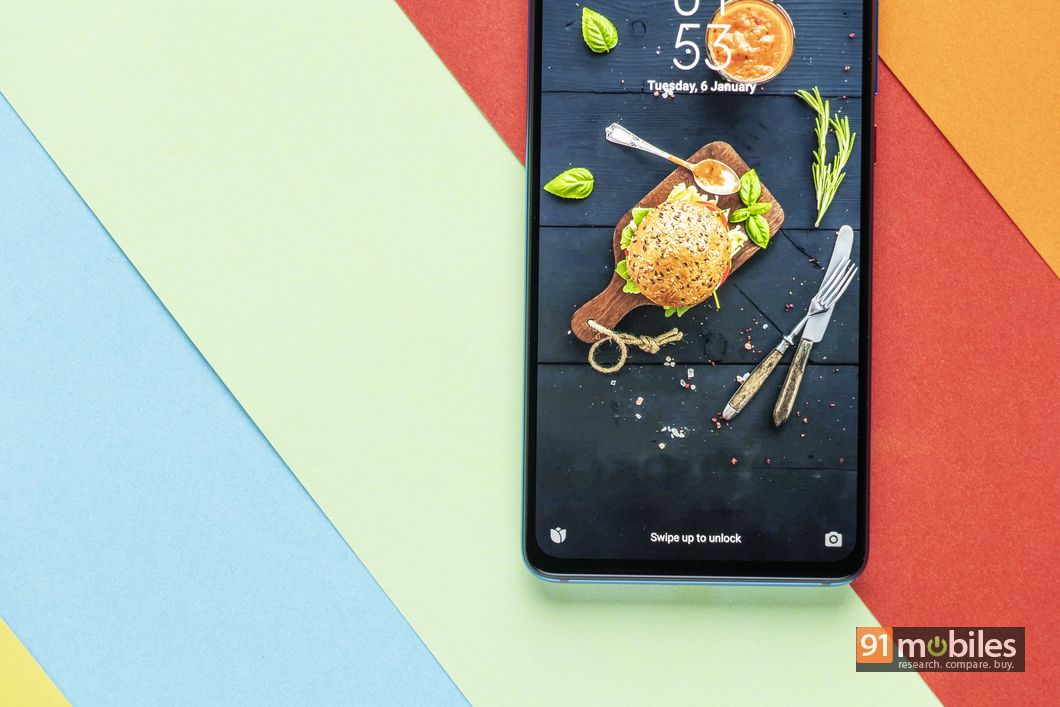 While the Redmi K20 is a good phone, the cheaper Realme X (review), which is a stellar handset in its own right, comes across as better value for money. Xiaomi’s own POCO F1, which, at least on paper, should be better than the Redmi K20 in terms of performance, though cameras and design are another story altogether. 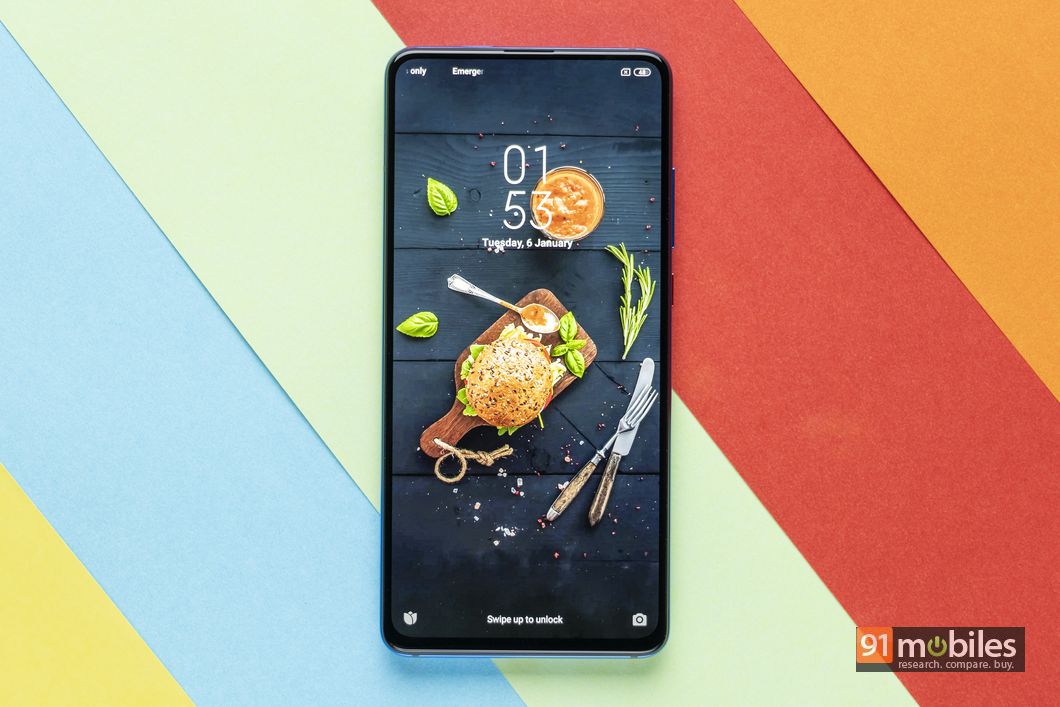 Given its pricing, the Redmi K20 gets squeezed between cheaper rivals like the Realme X, and its own Pro series sibling, making it difficult for me to recommend it wholeheartedly.